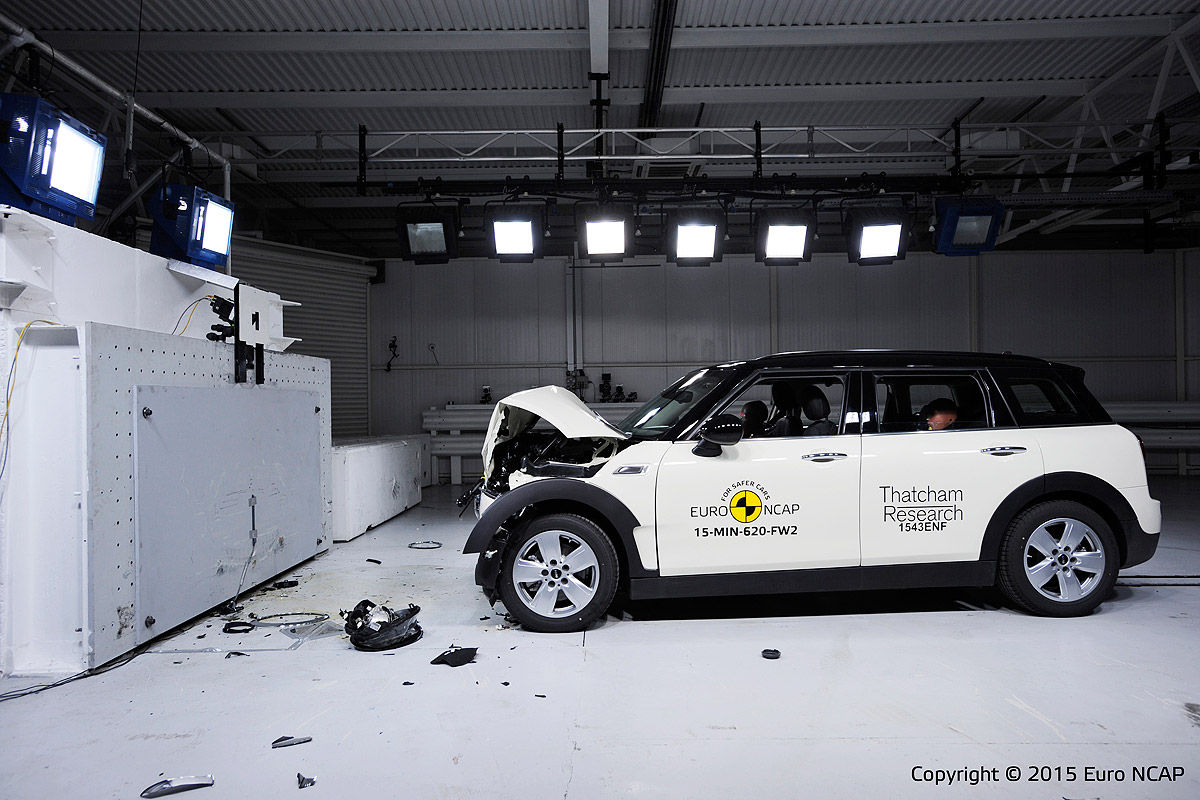 Just like its little brother, the new MINI Clubman F54 was rated by the Euro NCAP with four out of five stars. The Clubman has been tested according to the 2015 crash test regulations have more stringent requirements.

“In less than 2 years since Euro NCAP started its campaign to encourage car manufacturers to focus on AEB systems, we have noticed an increasing number of manufacturers responding to our call. Some of the systems are already capable of braking for pedestrians which will be the next test in Euro NCAP’s rating scheme in 2016,” said Michiel van Ratingen, Euro NCAP Secretary General. 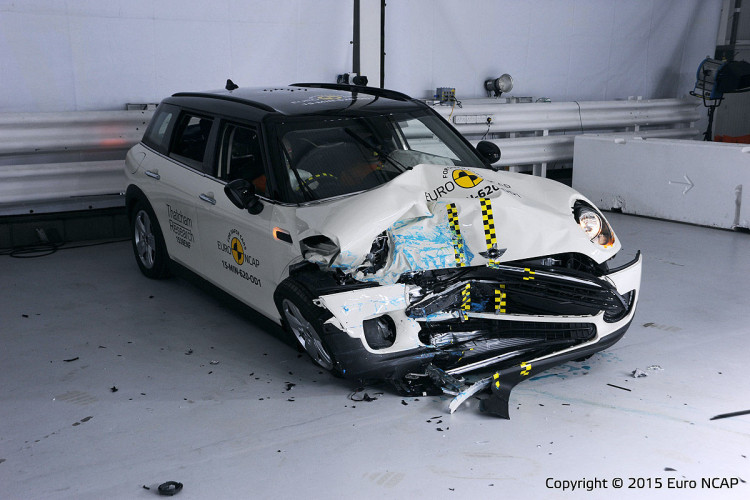 Despite the missed 5-star rating, the passenger aboard the new MINI Clubman should feel safe, considering the adult occupant protection was awarded by the tester a very good 90 percent grade. The protection of children and pedestrians is rated for both at 68 percent. Te safety assistance systems was rated slightly lower at 67 percent. 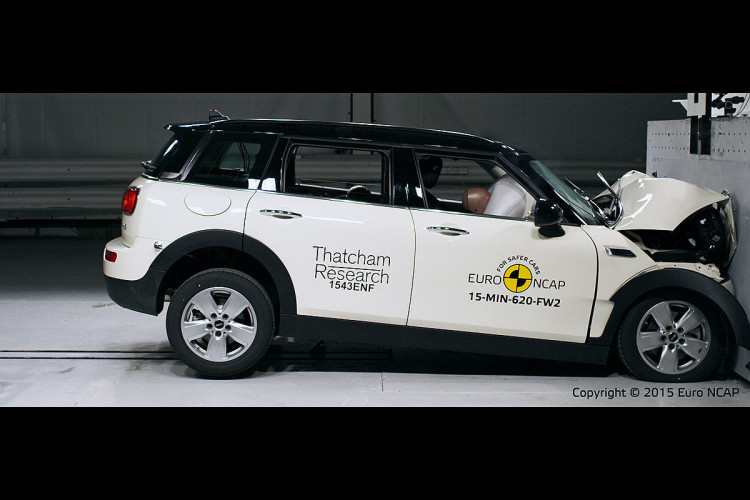 In regards to the protection of smaller occupants, the testers awarded maximum points for the safety of 1.5- and 3-year-old children in two of the three crash test scenarios. In the event of a side impact, the head of a 3-year-old child could not but perfectly protected. Moreover, the testers criticized that the front passenger airbag deactivation is available as an optional extra which also leads to penalty points.

The full report can be found here. 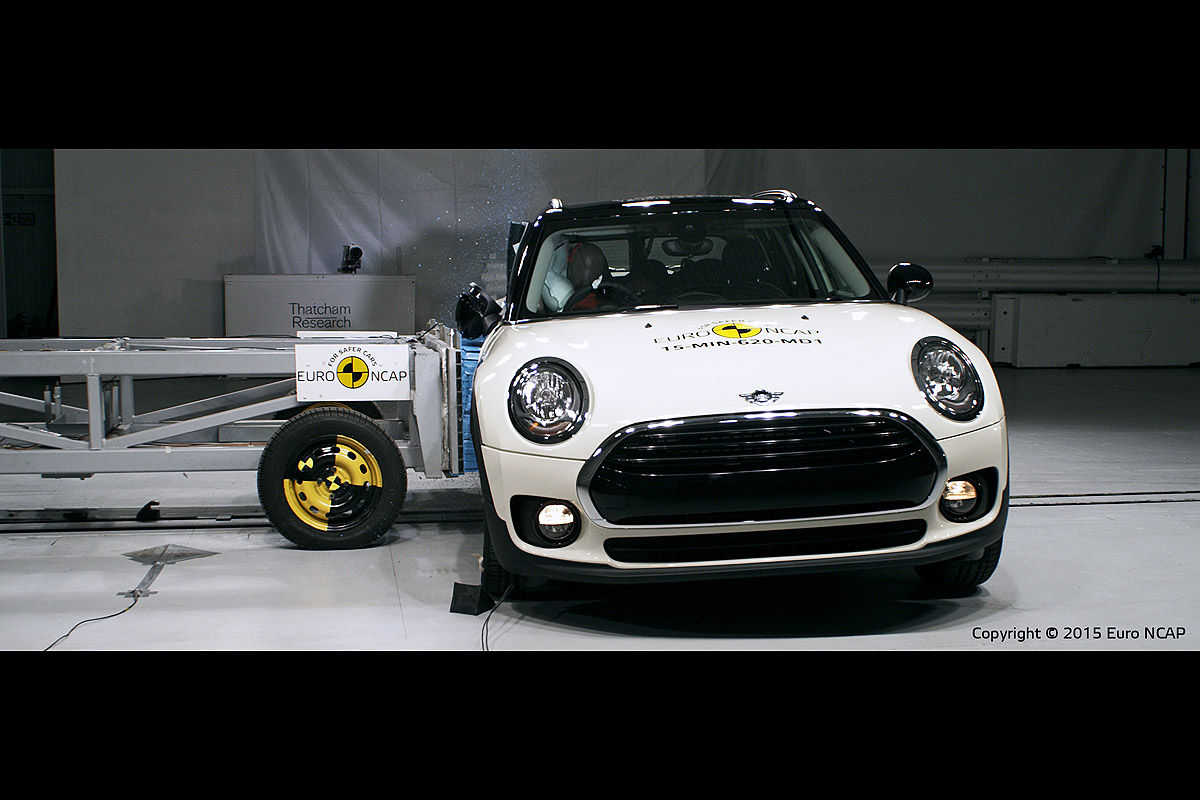 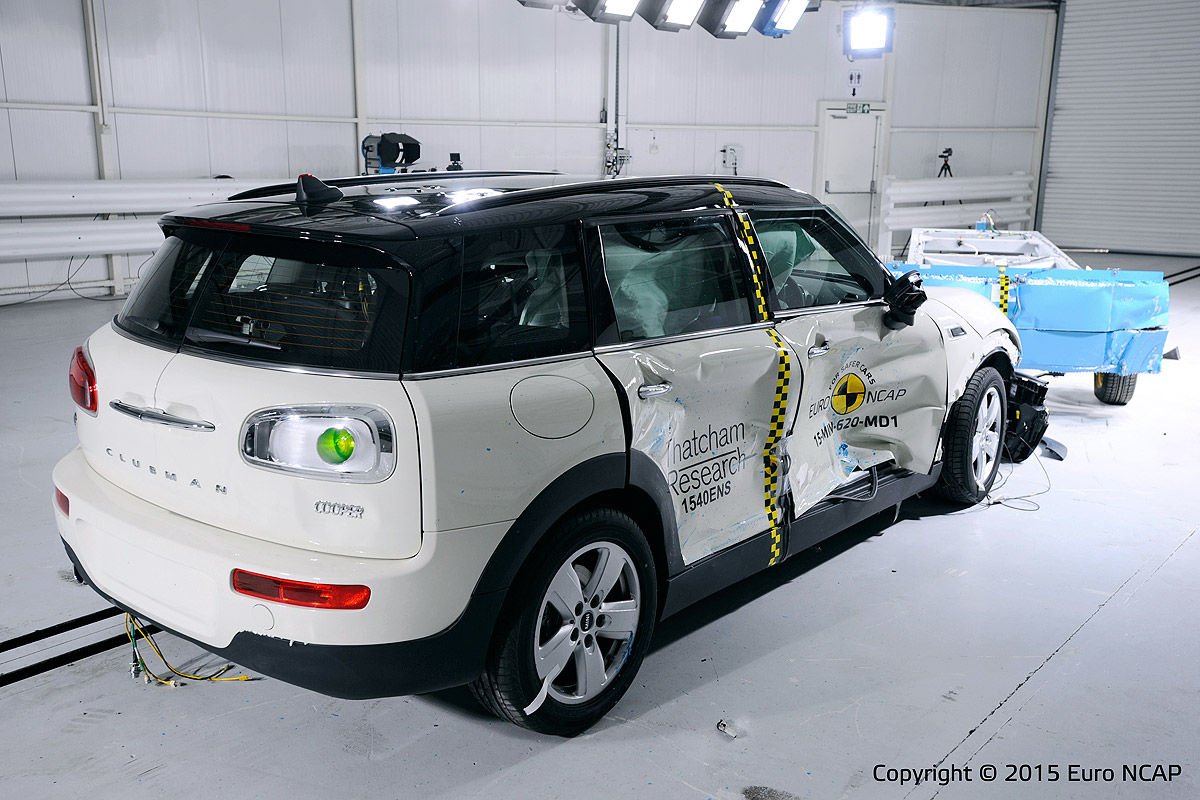 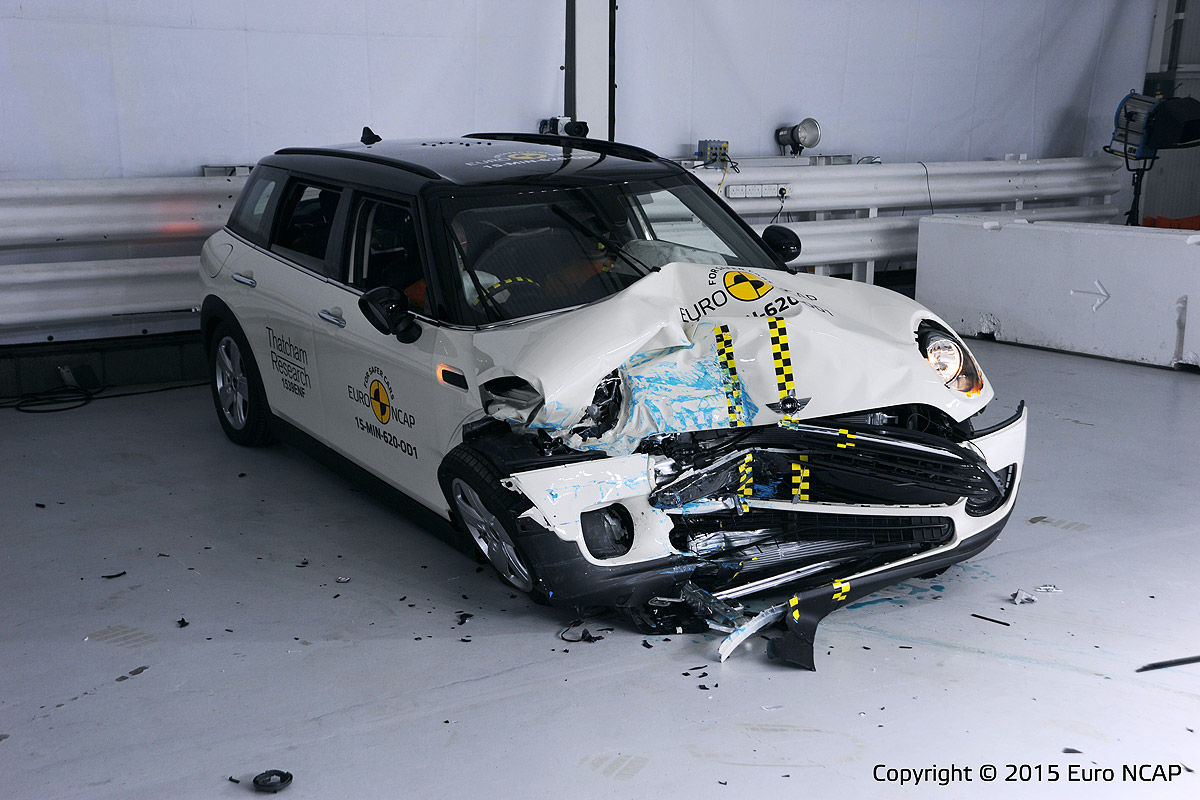 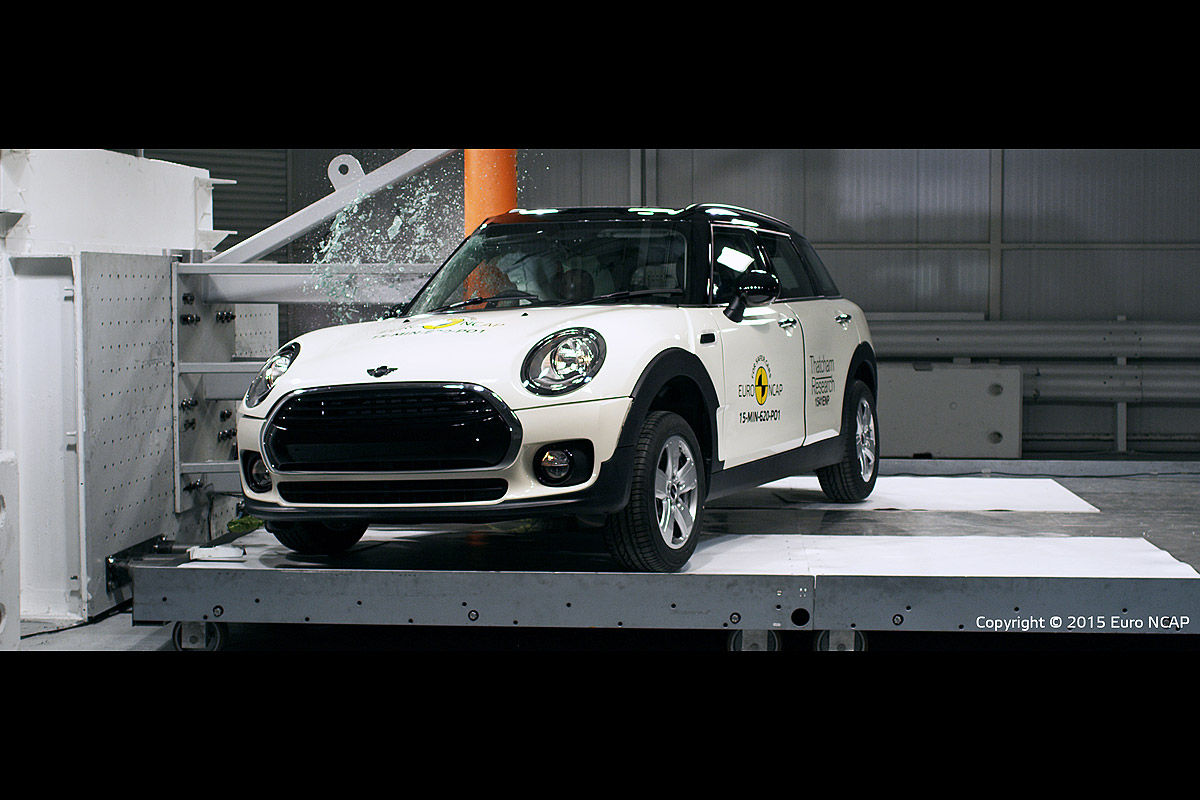 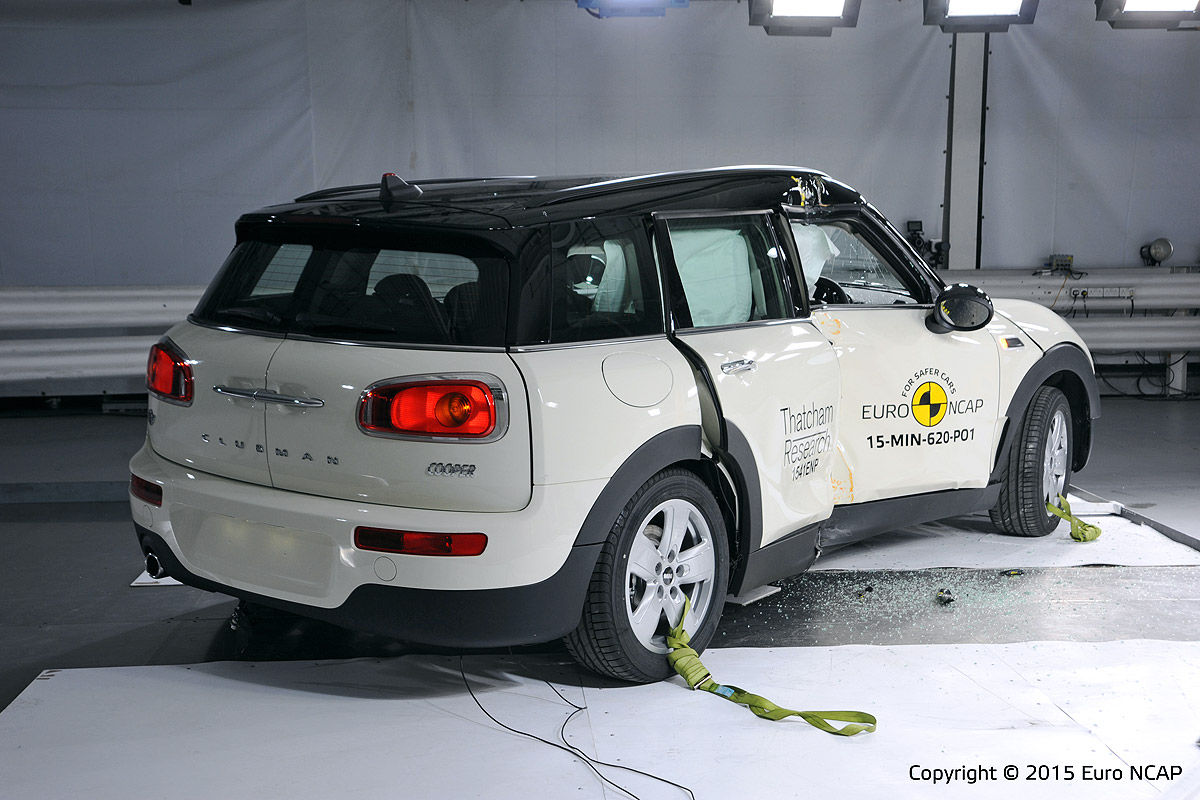