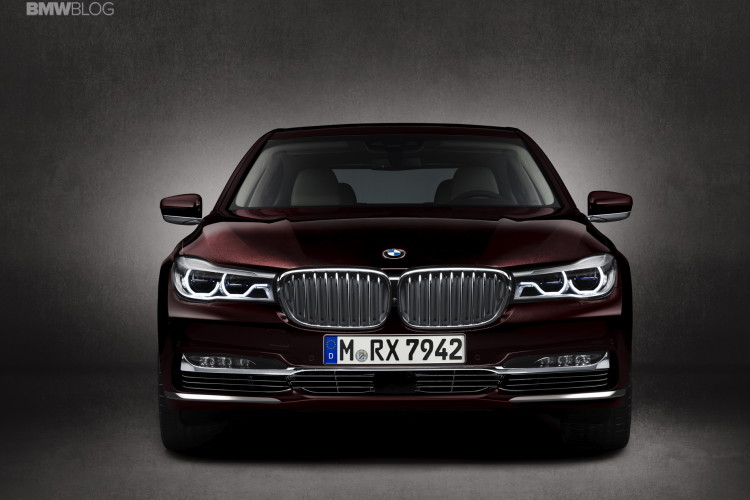 Ever since BMW fans received word of the existence of the new G11 BMW 7 Series, rumors of an M7 started swirling. Fans have always wanted a proper M variant to BMW’s flagship vehicle, but never got one. The closest thing to it was the Alpina B7, which is a great car, especially the new one, but not exactly what fans wanted. Fans wanted something a bit more extreme than the B7, something with proper motorsport roots ingrained into it. Thankfully, and finally, fans may have gotten their wish — the recently announced BMW M760Li xDrive. 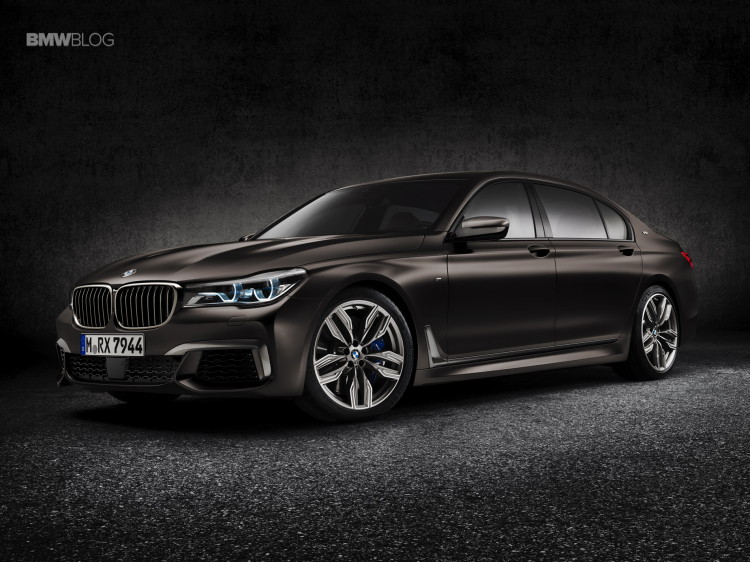 While the new BMW M760Li xDrive isn’t exactly a full-fledged M car, but more of an M Performance variant much like the M235i and X4 M40i, it’s the closest thing we’re going to get to a proper M7. And, frankly, this should be good enough and, from the looks of things, should be absolutely excellent. 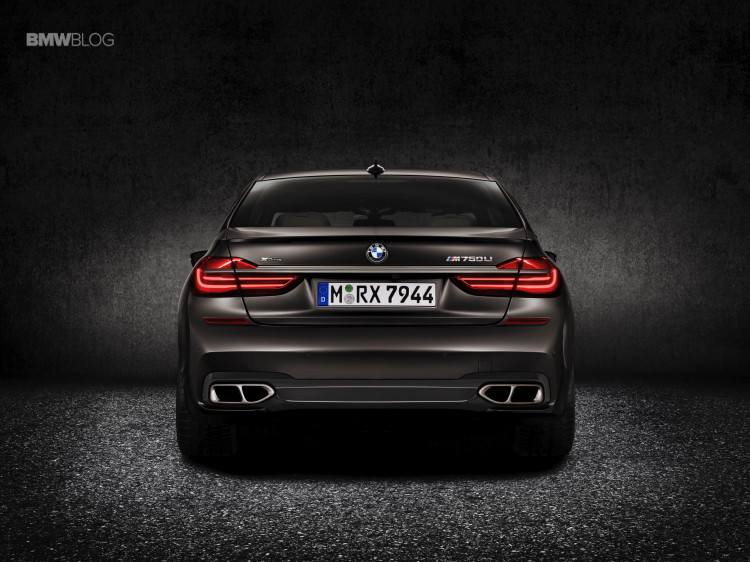 The current BMW 7 Series’ new lightweight platform is a great place to start, as its Carbon Core technology gives it a light and rigid chassis befitting that of a sports car. The BMW M760Li takes advantage of the fantastic chassis to make the 7 Series even better to drive. We’ve driven the BMW 750i and came away incredibly impressed with how well it handles. It’s already a superior driver’s car to its competitors such as the Mercedes-Benz S Class and Audi A8. Add some M Performance character to it and the BMW M760Li will be near impossible to beat in the segment. As BMW will say “The new BMW M760Li xDrive sets new standards in the sporting luxury sedan segment” and we’d have to agree. 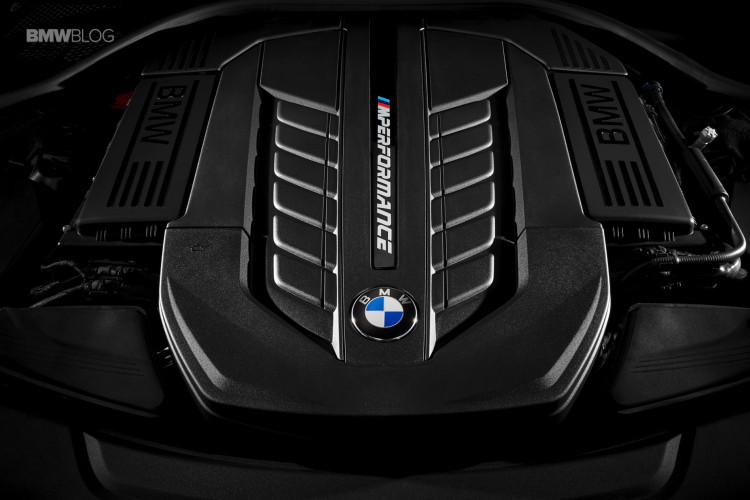 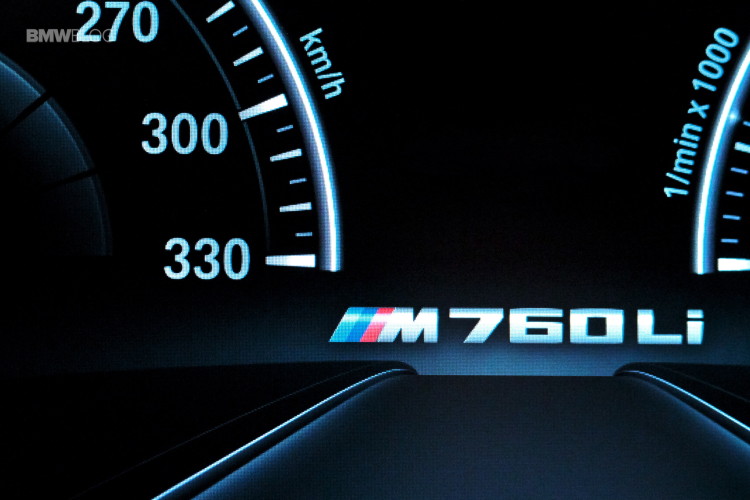 Performance figures are equally astonishing, as the sprint from 0-60 mph comes in just 3.9 seconds, which is far faster than a vehicle as big and heavy as the 7 Series should be able to go. The M760Li’s top speed is a governed 155 mph but, with the M Driver’s Package that top speed bumps up to 189 mph. Those kind of performance figures put the M760Li in BMW M4 territory, except for the fact the the Big 7 seats four in supreme opulence and absurd levels of luxury. And that’s just what BMW’s claiming. With 600 hp, 590 lb-ft of torque, all-wheel drive and BMW’s penchant for underrating power figures, we expect it to be faster than this actually. Watch out, M4 owners, the M760Li is on its way. 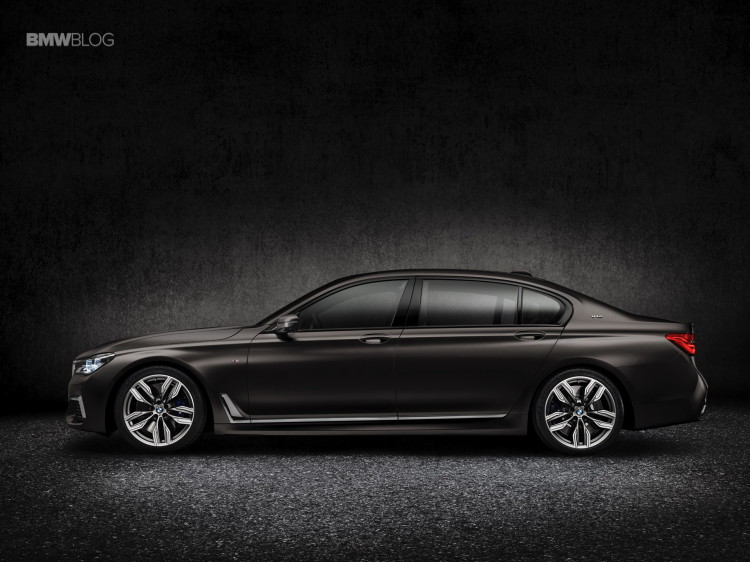 On the surface, the M760Li starts to distinguishes itself from the standard 7 Series with specific 20″ wheels M light-alloy wheels in matte Cerium Grey metallic, which look aggressive and elegant. That same Cerium Grey finish extends onto the kidney grille frame and the fronts of the grille bars, along with the front apron strip, the strips on the exterior door handles, Air Breathers, side door trim elements and boot lid handle, all add color accents, subtly highlighting the special status of the BMW M760Li xDrive within the BMW 7 Series model range and the BMW model line-up as a whole. It’s also available with Laser Headlights with Selective Beam technology. An M Sport exhaust also makes its way to the M760Li, with great looking exhaust tips integrated into the rear bumper and a nasty, growling sound. The M760Li looks so good, it makes the standard car look boring and everything else in the segment look plain. This is the best looking bit luxury on the market, in our humble opinions. 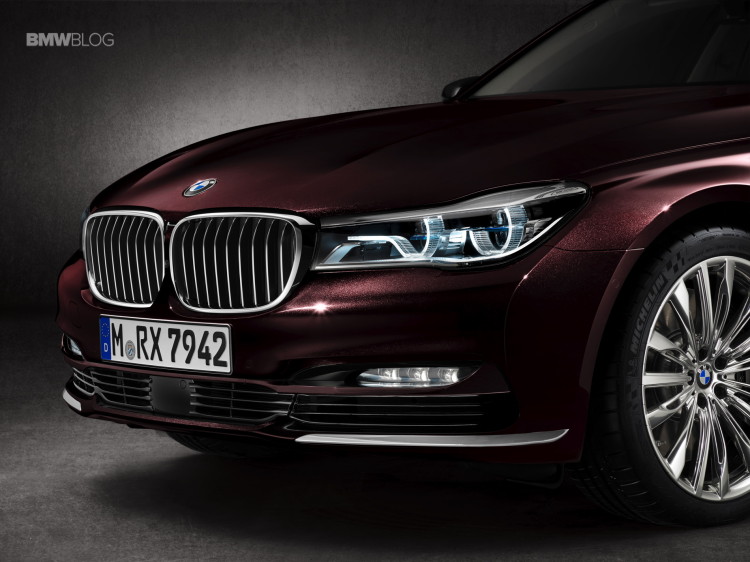 On the interior, Fineline black fine wood interior trim strips with high-gloss metal effect team up with high-quality deep-pile floor mats in the rear compartment and an Alcantara Anthracite headliner to generate a luxurious ambiance. Exclusive Nappa leather trim covers the seat surfaces, seat side sections, head restraints, door cards, center armrests and side armrests to round off the elegant atmosphere in tasteful style. But the biggest change is the new steering wheel which looks fantastic and is clearly a sporting evolution of the 7 Series’ wheel and should be the new M Sport steering wheel of the future. All of the same interior technologies on the standard 7er are present, including Gesture Control and inductive charging for mobile phones.

The BMW M760Li also features a new suspension system, called the Executive Drive Pro, which is an active, two-axle air suspension system which works with the Dynamic Damper Control to deliver exceptional comfort and handling with very little vibration. This works well with the new Adaptive Driving modes that are tuned by BMW’s M Division to deliver sportier feedback through the car. The M760Li comes standard with BMW’s new Integral Active Steering in combination with rear-wheel steer, for precision driving. The steering has also been retuned by BMW M to fit the new sportier style of the car. 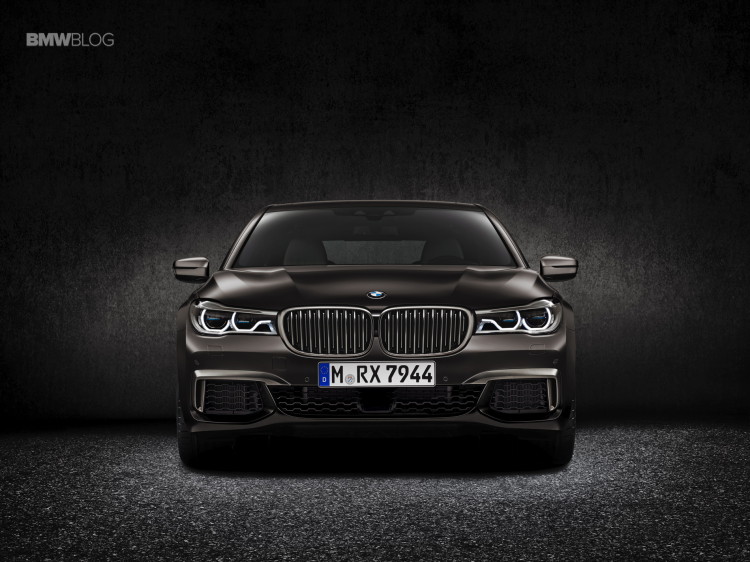 Offered along with the standard BMW M760Li xDrive will be a V12 Excellence model. The V12 Excellence model of the M760Li focuses more on luxury and comfort than performance and dynamics. The V12 Excellence trades the M aerodynamic package for visual cues from the Pure Excellence exterior design package. These include 20-inch BMW Individual light-alloy wheels in W-spoke 646 design, high-gloss polished, with mixed-size tires (front: 245/40 R20, rear: 275/35 R20) and brake calipers in high-gloss Black. The front end of the BMW M760Li xDrive V12 Excellence has a chrome bar extending across the full width of the car in the upper section of the air intake grille, while the kidney grille bars are in Silver with chrome fronts, and their surrounds likewise sport bright chrome. Added to which, the V12 Excellence features LED foglamps in the front apron. 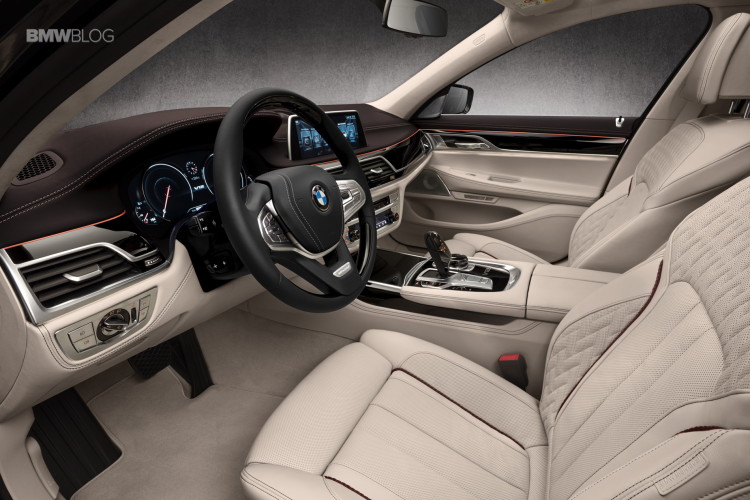 On the inside of the V12 Excellence comes the Pure Excellence interior design package. This comes with an Alcantara headliner, door sill plates in Fine Brushed Aluminium with illuminated V12 badge and precise decorative stitching in the lower section of the instrument panel as well as fine wood inlays for the seat belt outlet. The BMW leather steering wheel with wood applications creates an elegant accent, and when the driver fires up the engine a V12 emblem lights up in the center of the instrument cluster. 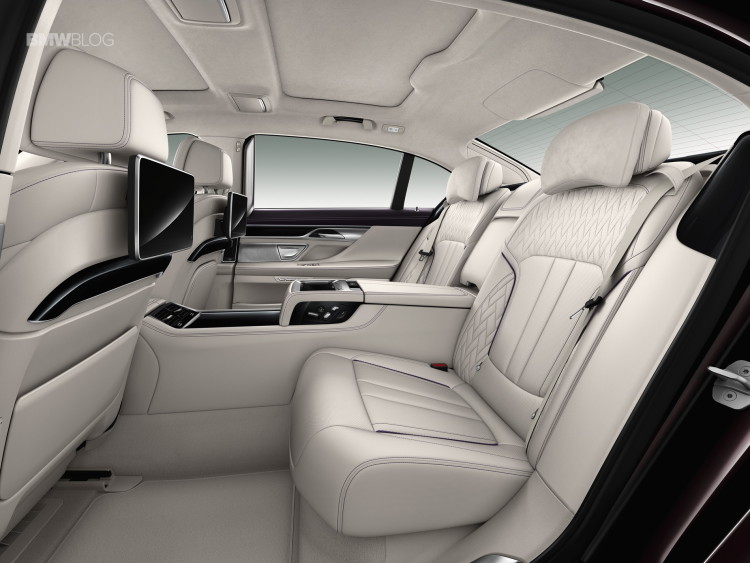 As BMW fans, we’re always excited by new BMW models that debut, but as journalists we must remain objective and look at BMWs, as well as every other car, with a fair, unbiased view. However, there are just some cars that we completely nerd out on and get incredibly excited for. The brand-new BMW M760Li xDrive is one of those cars, a car that we absolutely can’t wait until we get our hands on it and are so happy it’s actually going to be made. We’ve been begging BMW for an M7 and this BMW M760Li is the M7 we’ve been waiting for.