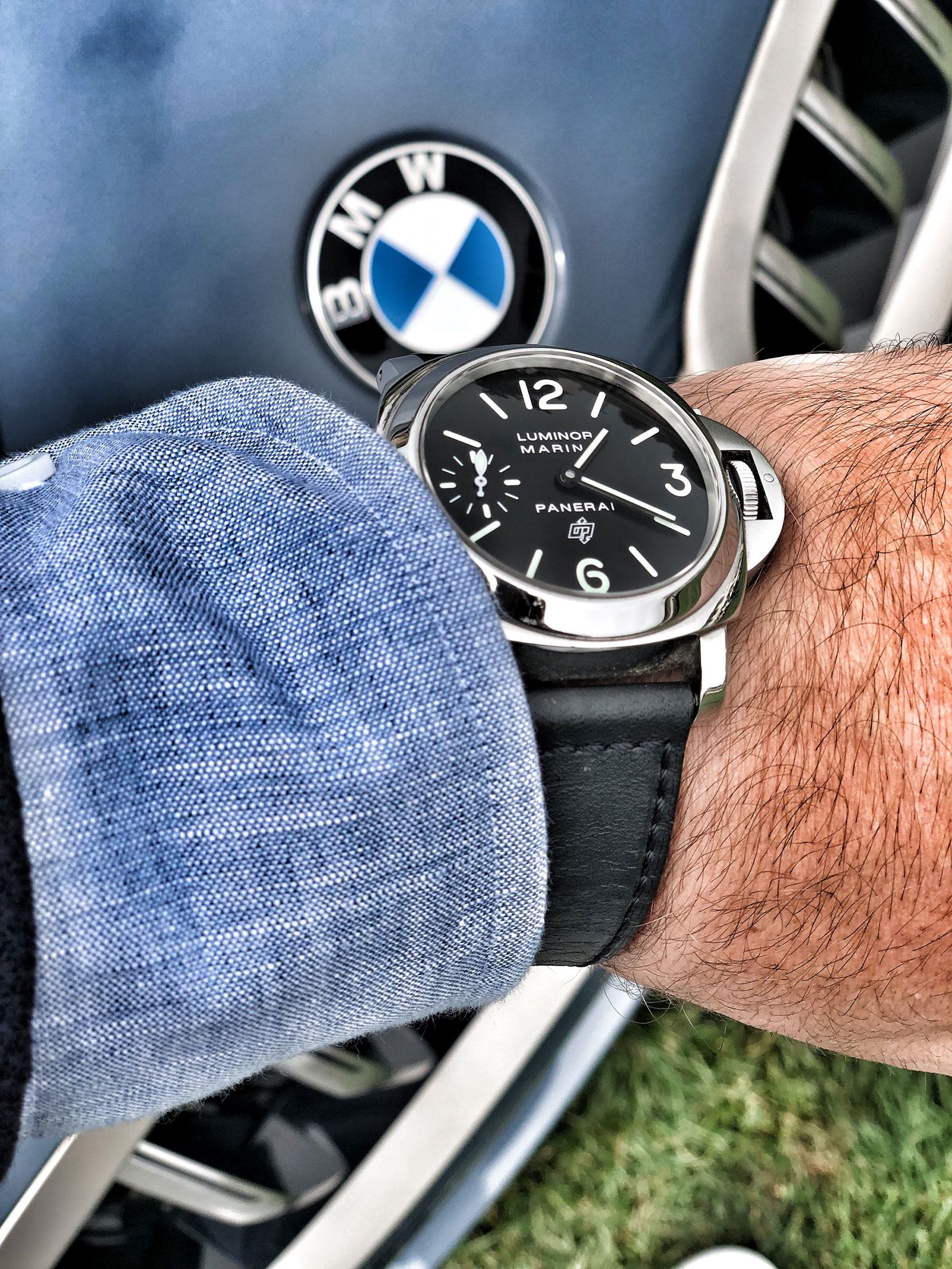 Panerai is a brand that you either strongly love, or strongly dislike. Amongst all seasoned watch collectors, there is a polarizing contrast between opinions when it comes to what Panerai does. Given the sizes of watches which Panerai releases, they are most certainly not for everyone. With sizes that range between the most common 44mm Luminor case to the substantially large and ever so rare 60mm Egiziano (PAM 341), Panerai simply doesn’t fit everyone’s tastes or wrists for that matter. Panerai is an acquired taste –As you’ll read, the Panerai PAM 243 Submersible is no different.

Tuna Can Pam is how many Paneristis would refer to this watch as. On the wrist, it has moments when it truly does look like a Tuna Can with the addition of straps. The Panerai PAM 243 is a chunky watch. Although set in a Luminor case at 44mm, near the smaller end of the spectrum of Panerai sizes, the submersible does not wear small. Due to its massive crystal (5mm) housed into the thick divers bezel, it has a great appearance of depth which subsequently makes the watch feel a lot larger. It gives the watch a stance on the wrist and has great wrist presence.

With 1000 meters of water resistance, as marked on the iconic crown guard (which we will dabble on soon), you will be more than okay strapping this watch on as you take a dip into the pool. Even though most of the owners of such a watch are not diving anytime soon, you can be comfortable knowing that this timepiece will not implode on your wrist immense depths as it is equipped with a helium escape valve – which is nice if you ever find yourself swimming with the fishes in the deep blue. One key element that many manufacturers do incorrectly regarding dive watches that Panerai does very well is, legibility. The Panerai PAM 243 is more than legible. With its immensely strong Superluminova, it will illuminate the Arabic numerals and indices to a strong glow. This will help greatly when diving into the water like it is intended to be.

Now, for the uninitiated, “what’s that funny looking thing over the crown?” You may ask. That funny looking thing is Panerai’s patented and heavily trademarked crown guard system. It is something that is truly unique to the brand. Although, other manufacturers have attempted to create their own version of it, no other brand has perfected the crown guard like Panerai. One of the main reasons that this system works better than others is due to the fact that it will save your crowns threading over time. Traditionally, with watches over 100m of water resistance, the crown would be screwed down. With Panerai and their trademarked and patented system, you no longer need to screw down the crown. All you do is lock the crown in place which keeps the watches water resistance without the need to screw it down. Thus, extending the life of the delicate crown.

Within the tank-like case which is that of the Panerai PAM 243 lays the caliber OP III which is heavily based on the Valjoux 7750-P1. This workhorse movement is an Automatic Winding Movement with Hours, Minutes and small Seconds complications. There is date indication which is shown under a cyclops and is COSC Certified, which means that it tells time pretty damn well.

Panerai gets a lot of hate around the watch world for their use of more ‘base’ level movements. I am a firm believer in the fact that many of the movements used by Panerai are picked for a reason; they work. People will argue that they are just trying to cut the cost of production. I guess that is true, but as a consumer, I would much rather have a tool watch which I know will not break down easy and if it happens to break, is easily repaired by an independent watchmaker. To some who don’t know, the process to service a watch though the original brand is a royal pain.

Now, what are some of the cons of this watch… Well, if you are a generally shy and timid person, this watch is most definitely not for you. The amount of attention you’d be getting is absolutely phenomenal. As an owner of this gorgeous piece – which you can check out on my Instagram @danthewatchguy – I am more than qualified to give my opinions on it. No watch in my collection has given me more compliments. But, if you are really looking for negatives, I apologize, but that is something I can’t deliver as any negative is completely thrashed by the positives.

Although, I do have one negative comment that could pertain towards the brand of Panerai. There is very little diversity within the technical design of the watches. But then again, it’s what makes Panerai, Panerai. The Panerai PAM 243 is a tank for the wrist. It embodies the Panerai spirit and shows it off in its own unique way. With character and charisma, Panerai has really hit it on the nail with this piece. It’s strong, rugged and timelessly styled.