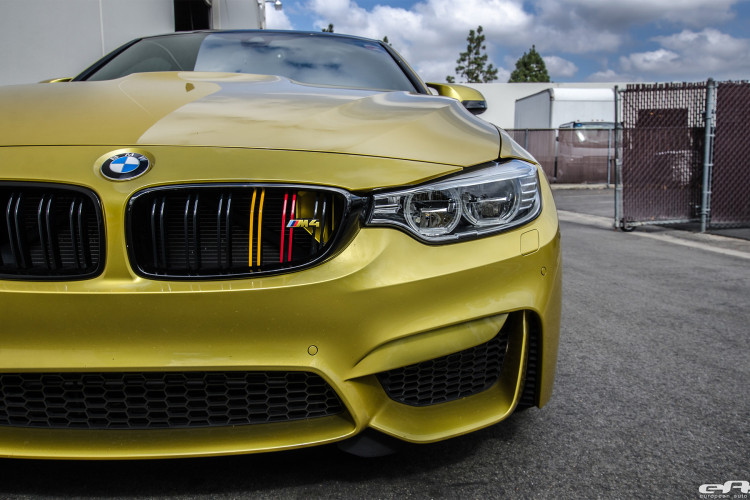 Austin Yellow was one of the two launch colors for the BMW M3/M4 when they were released in 2014. The flashy color finish gives the all-new high-performance models a sporty and exclusive look which guarantees you’ll stand out in the crowd.

The owner of this M4 liked this particular finish so much that he decided to add even more yellow accents inside and out. The final build was completed European Auto Source who installed visual and performance parts, yielding a better looks and performance.

First in line were the BMC air filters, followed by the installation of Macht Schnell intake charge scoops. A set of carbon ceramic brakes – with yellow calipers – was added following the visual upgrades giving the car higher braking power. The addition of iND painted side reflectors ensure a uniform and tasteful look. 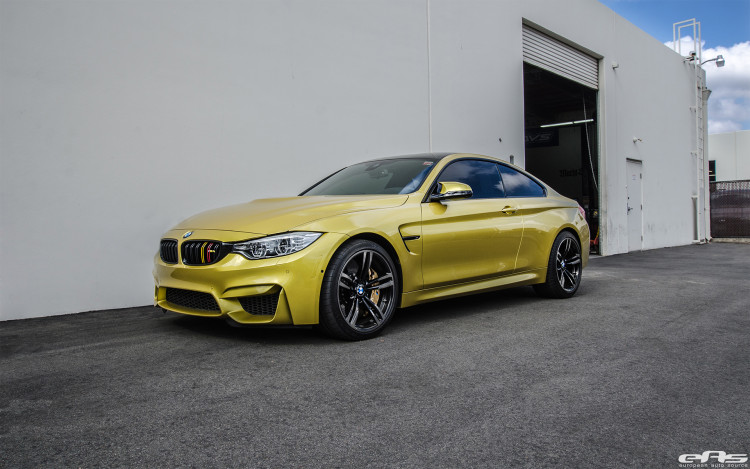 Next, an M Performance carbon fiber trunk spoiler – with an Austin Yellow stripe to match the car’s overall paint scheme – was paired with a set of Macht Schnell spacers giving the sports coupe an improved stance.

Inside, an Autotecknic Austin Yellow set of shift paddles is matched with yellow stitching. 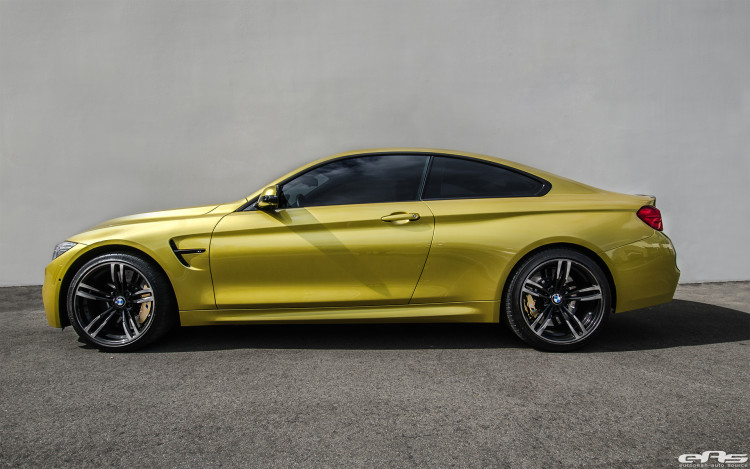 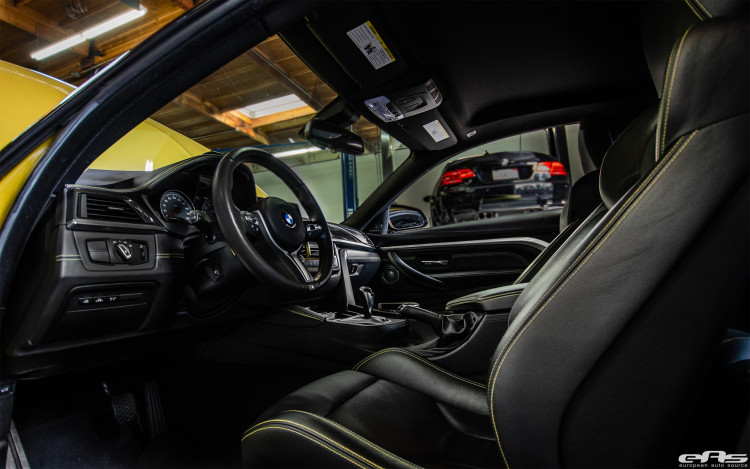