Should a BMW M2 Convertible be made?

Home » Should a BMW M2 Convertible be made?

The BMW M2 is easily the most exciting car to come from Bavaria in a long, long time. Fans have been waiting with baited breathe for a true M variant of the 2 Series ever since getting a taste of the delicious M235i. Well, it’s on its way and fans couldn’t be more excited. I wouldn’t be surprised if enthusiasts waited outside of BMW dealerships for days before the launch, like people do for the new iPhone. It’s that big of a deal.

The reason for the hype and excitement is that BMW’s 2 Series is the brand’s most fun car. It nails all of the key criteria for BMW-ness; it’s small, lightweight (relative to the times), nimble and quick. It’s an absolute blast to drive, regardless of model. The 228i is a bunch of fun, because it’s not all that fast so you can use more of its performance. The M235i is a blast because it handles fantastically and is a little rocket, reminiscent of the E46 M3. But, importantly, even the convertible models are fun. The M235i ‘vert is sort of a drop-top bruiser that’s also fun to drive. Plus you get to hear that fantastic N55 exhaust note even better. And even the 228i ‘vert is great, despite being the perfect recipe for a secretary’s car, as it’s small, nimble and fun, like a BMW MX-5. So should BMW make an M2 convertible?

It’s clear BMW is committed to providing almost all possible variants of every model. The 2 Series alone has a manual version and an automatic, coupe and convertible, rear-wheel drive and all-wheel drive and a four-cylinder and a six-cylinder variant. And that goes for all models, and some models have even more variants. BMW is basically an automotive Baskin Robins. So it would only seem natural for BMW to offer a convertible M2 variant.

BMW already makes an M4 and M6 convertible, so it isn’t out of the question to have a convertible M car, even lightweight sporty ones. Plus, the M235i has a convertible option, so it’s not like BMW wants to shy away from adding weight to small performance cars. So a BMW M2 convertible is certainly within the realm of possibility. But I’m not sure enthusiasts would like it much and it might not sell very well because of that. 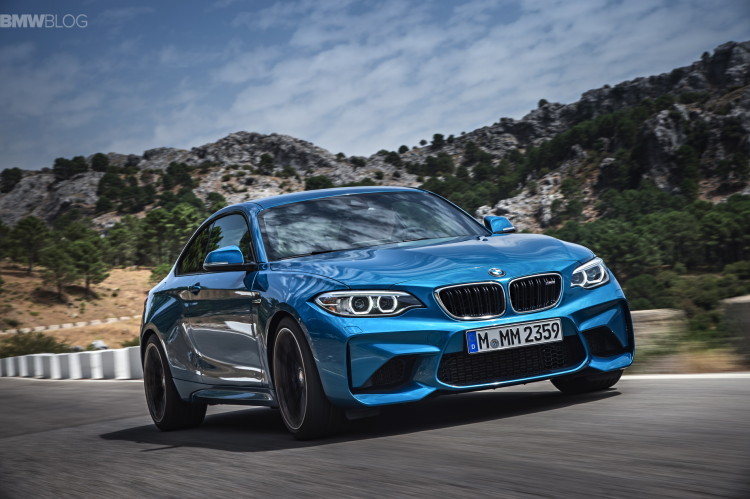 The BMW M2 is only going to be bought by die-hard enthusiasts. Being that it will cost nearly as much as an M3, but have fewer seats, less power and won’t be as fast, it’s not the best of deals so most people looking for an M car will go M3. Plus, it will only be sold in slightly limited numbers, so you have to really, really want one to get one. So it screams enthusiast-only and will likely not be bought by the average BMW customer. This spells bad news for the possibility of an M2 convertible, as enthusiasts don’t like them much.

The reason for the convertible discrimination is that fact that they add weight and lose torsional rigidity over their coupe counterparts, thus making them slower and handle worse. Plus, there’s a bit of an image issue for an enthusiast driving a convertible. It’s just not a good look, unless it’s a Mazda MX-5 or something. And because of this convertible discrimination, if an M2 ‘vert were made, they would likely sit on dealer lots collecting dust. 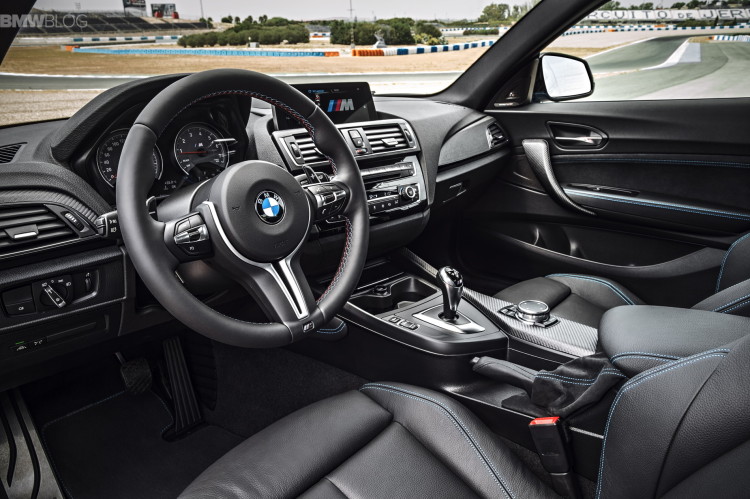 However, there are some real benefits to the M2 being a convertible that enthusiasts, and BMW, should consider. Let me preface this by saying that I personally would not buy an M2 convertible, or pretty much any convertible. They just aren’t my cup of tea, though I hold no hate for anyone that does buy them. But if an M2 convertible were to be made, it could actually provide the car with some added excitement and possibly sway my opinion. I recently spotted an M2 driving in the flesh recently, I won’t say where or why, but I did. So trust me when I say that it sounds fantastic. It’s growly and angry and loud. It’s the sort of noise we wish the M3/M4 made. Losing the roof would only allow you to hear that sound even more loudly and clearly. The pop and burble on the overrun would fill your ears completely, and it would be the automotive version of nirvana. That, to me, is worth at least a try.

Another reason is that the M2 isn’t really a numbers car, so the added weight and slightly worse performance figures are somewhat irrelevant. The M2 is already going to be slower than the M3, so buying one is more for the thrill and fun of it. Losing the roof adds even more thrill and fun, because the noise is louder, the wind is in your face, you can smell all of the smells outside. Despite the loss in rigidity, you feel more connected to a car with the top down because of the fact that you are no longer cocooned in the quiet and serene environment that is a modern automotive interior. The M4 is downright quiet on the inside, so much so that BMW had to pipe in exhaust noise through the speakers to be heard better. Not so when the roof is off though. It’s full sensory overload at that point. And why would that sensory overload, in BMW’s most fun car, be a bad thing?

So there are pros and cons to the removal of the M2’s roof. Some enthusiasts might hate it, some might love it. However, one can’t deny the idea that driving one could be very fun because of all of the extra senses you engage with it. It’s something both enthusiasts and BMW should at least consider. Maybe not make it a definite addition, but most certainly consider the fact that a drop-top BMW M2 could be an extraordinary thing.

4 responses to “Should a BMW M2 Convertible be made?”