Here is the BMW M2 in Mineral Grey

Home » Here is the BMW M2 in Mineral Grey 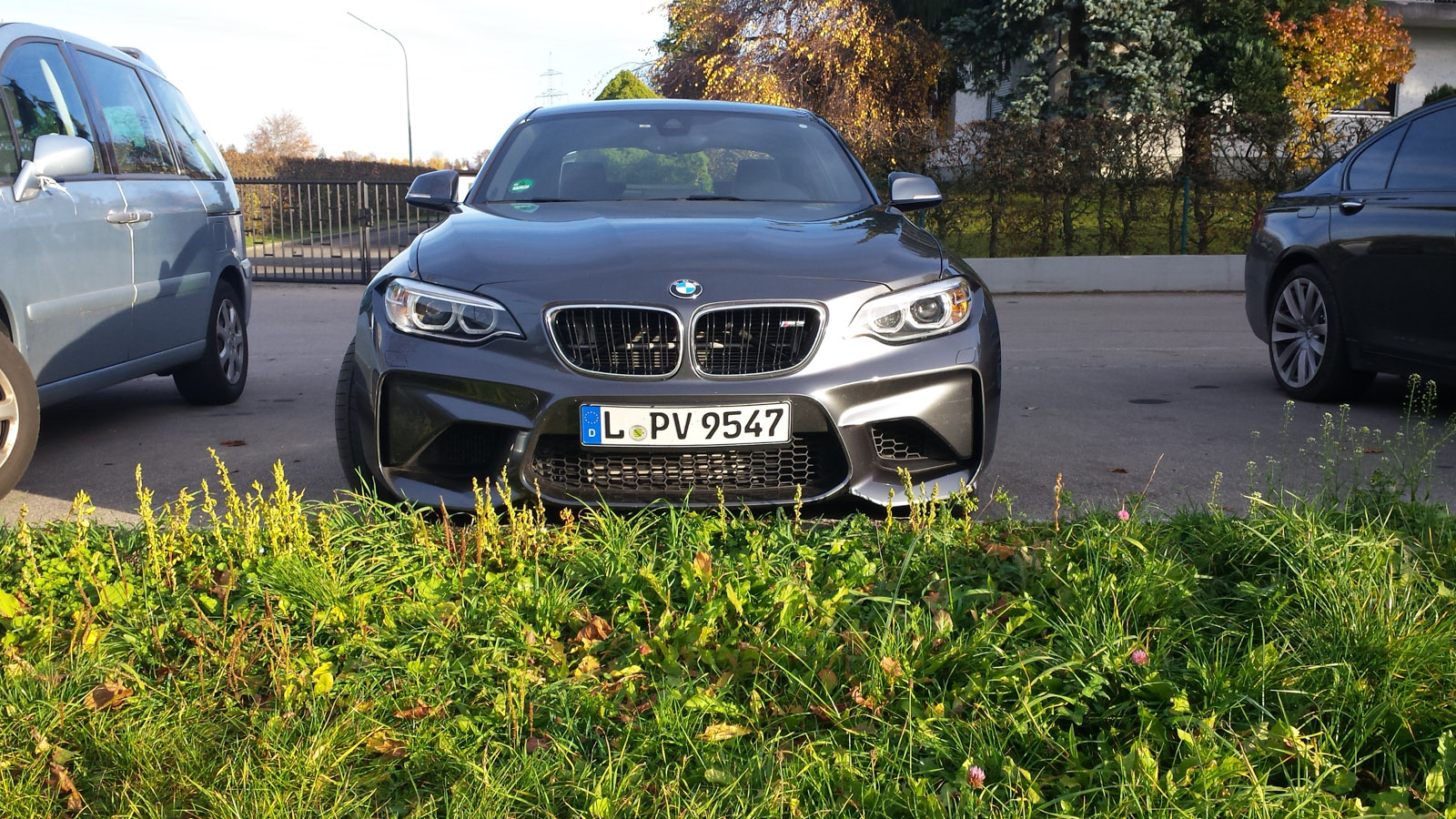 The upcoming BMW M2 was spotted for the first time in the Mineral Grey livery. The new BMW M2 is available in four exterior paint finishes – Long Beach Blue metallic, Alpine White, Black Sapphire and Mineral Grey. These colors pretty much color the bases for what an M car should have, but there are some suspicious missing colors.

There’s always at least one interesting red or yellow color, making it sad that there won’t be one for the M2, but at least there’s the beautiful Long Beach Blue. 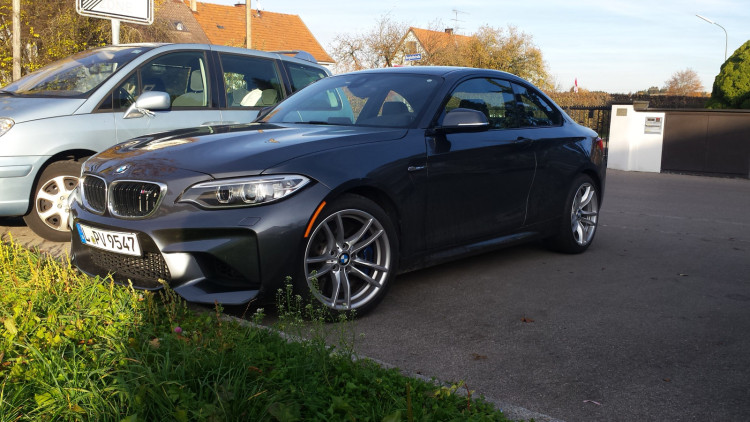 A source familiar with the BMW production process says the limitation of colors might have to do with the fact that it’s being built at the Leipzig facility. This plant only has a small paint booth, with maybe 8-12 colors, and have numerous car models produced in the plant so it’s possible the Leipzig is a little tight on colors. The Long Beach Blue is the only new color of the four. 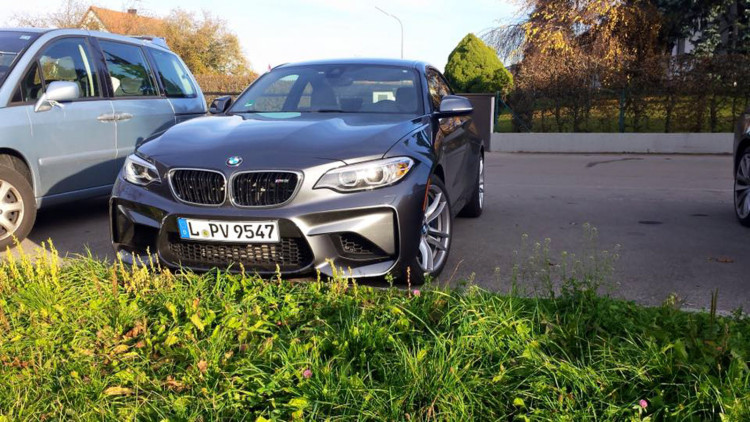 The cabin is fitted with a host of BMW M-specific equipment details – Sports seats, in black Dakota leather with blue contrast stitching and an M logo in the backrests, an M footrest and knee pad on the center console and instruments with BMW M2-specific dials and needles. 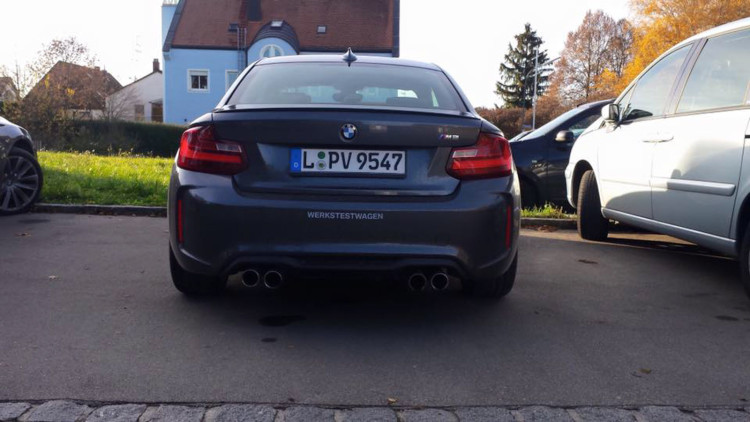 The M2 spotted here is equipped with winter tires and 18 inch wheels. 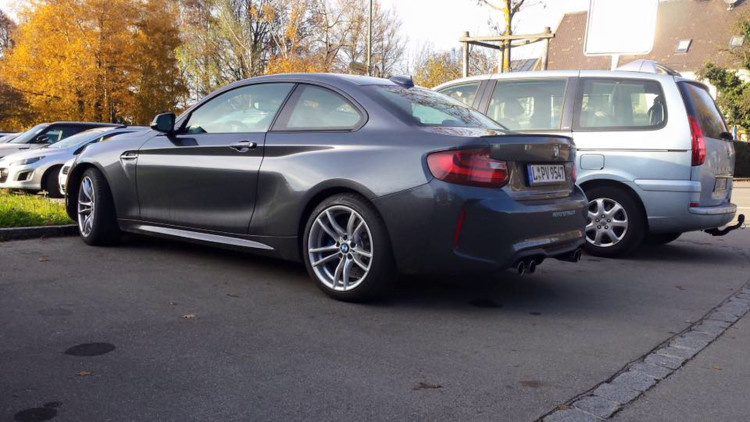 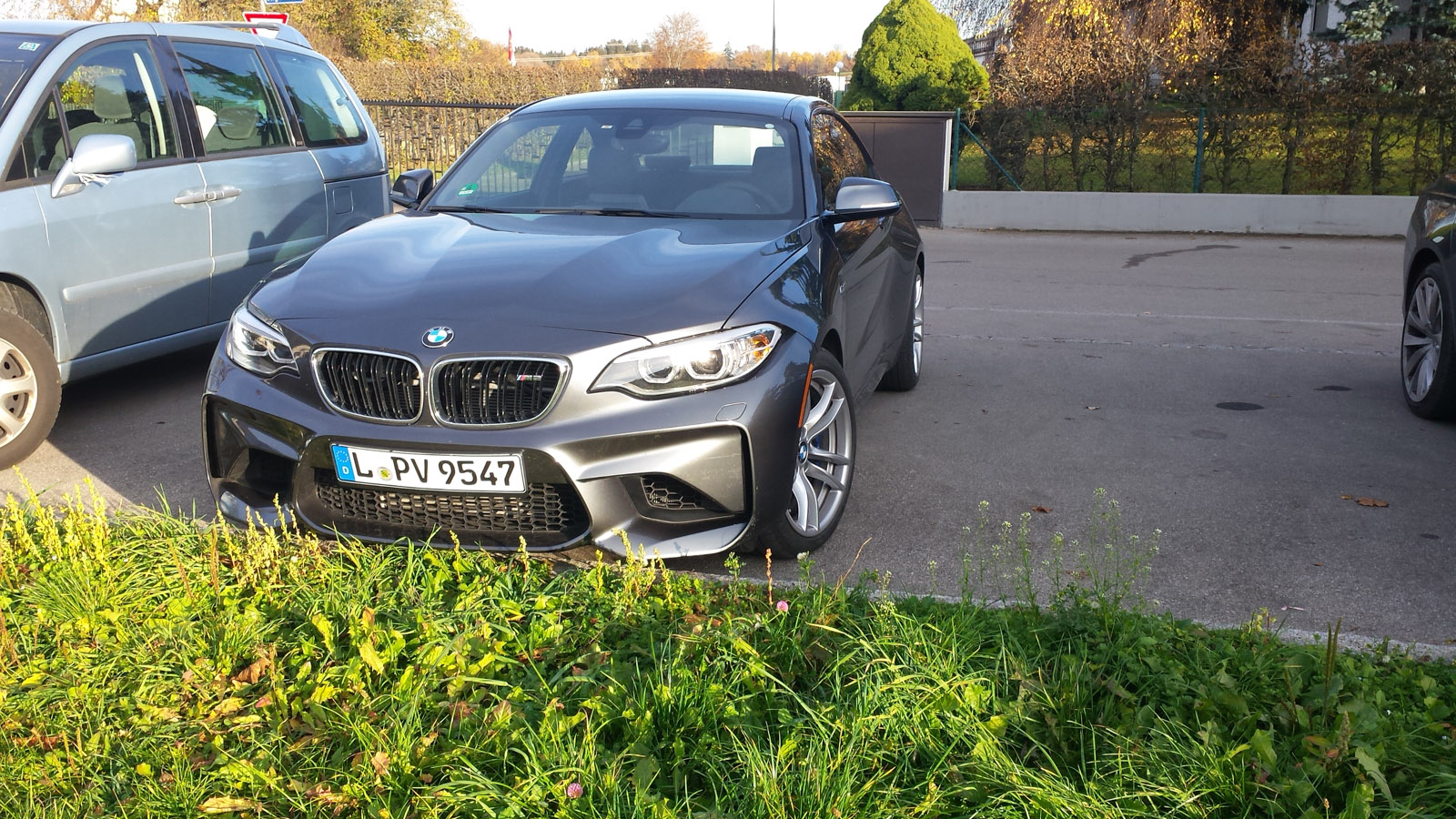 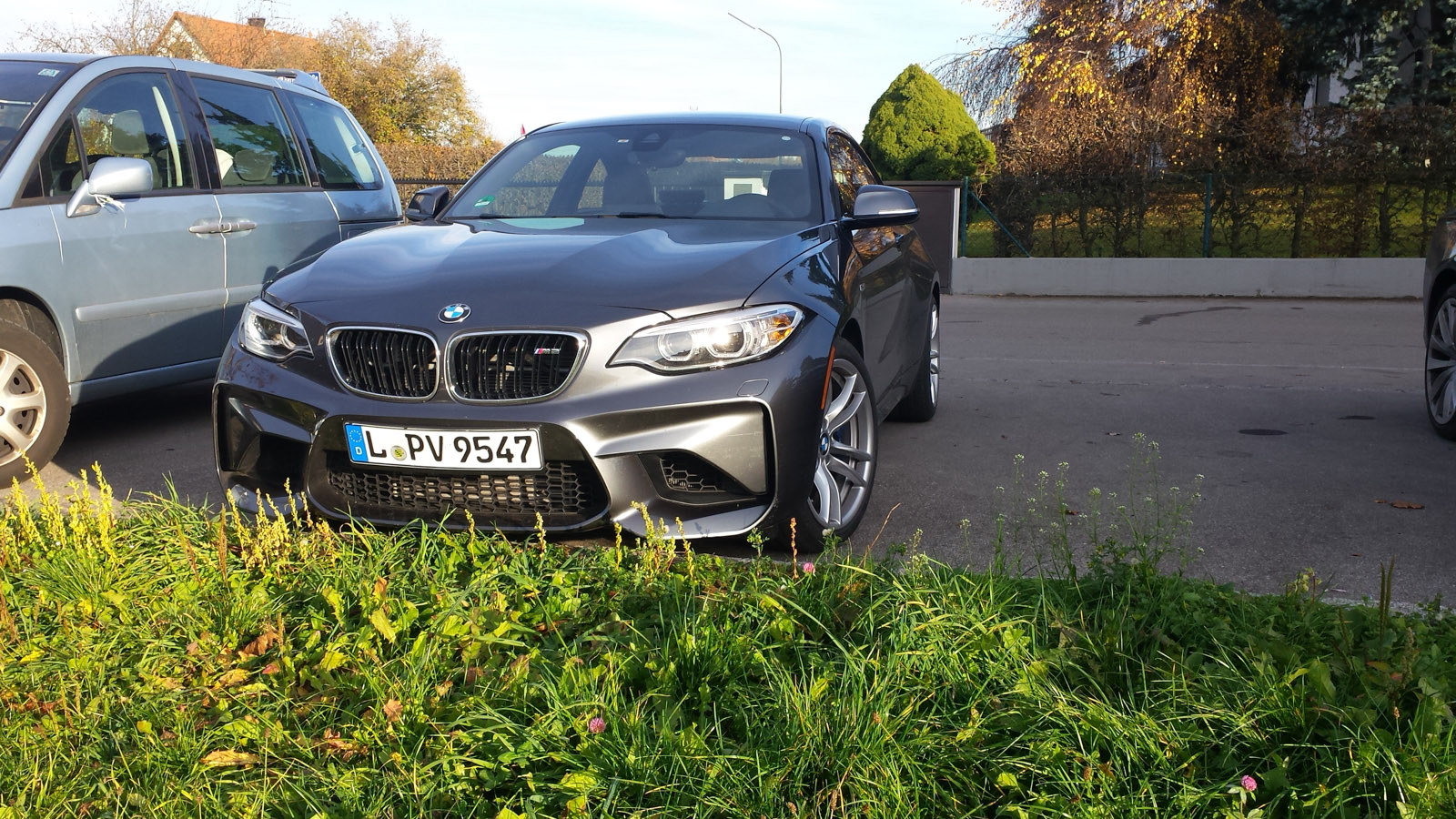 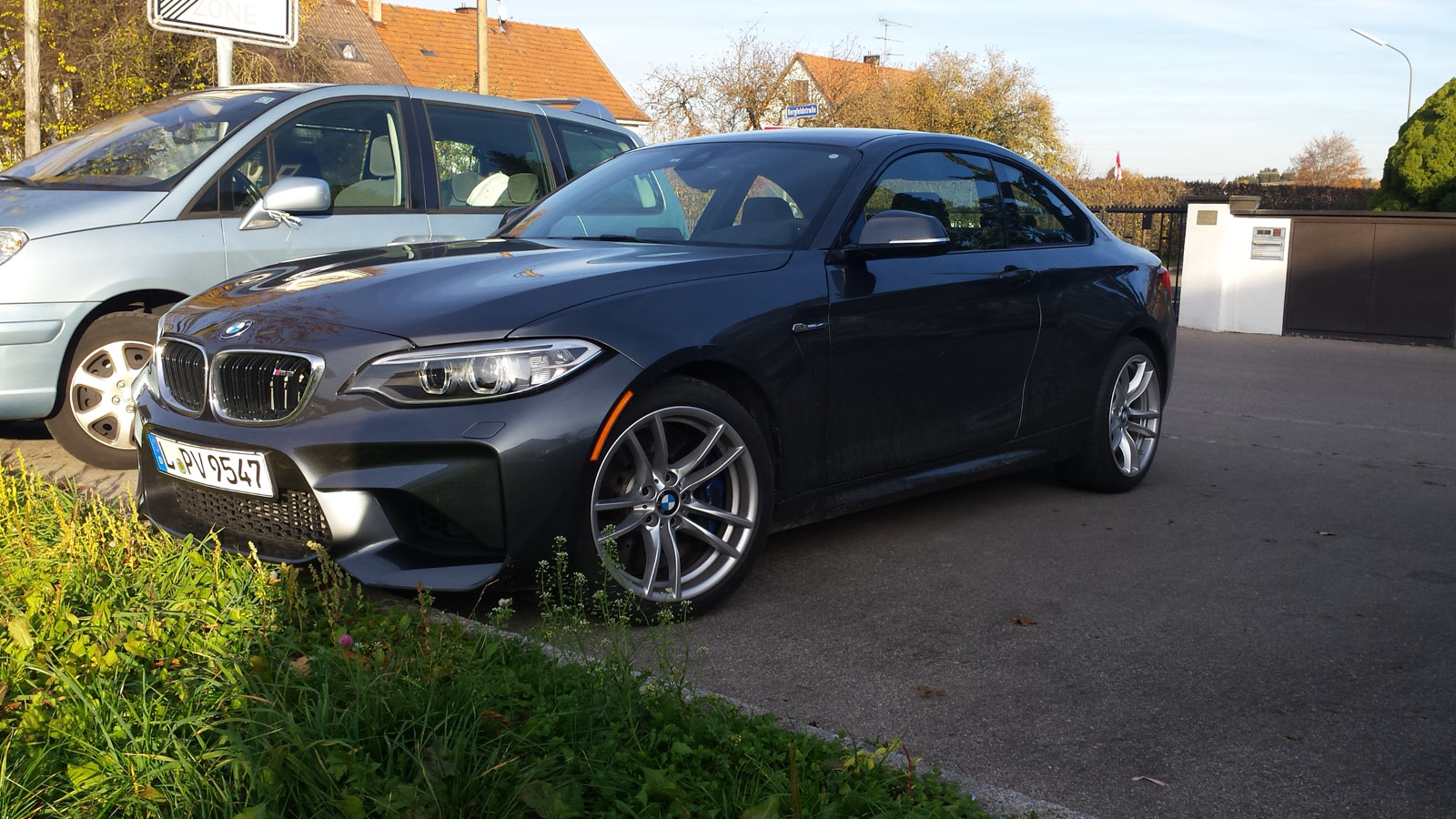 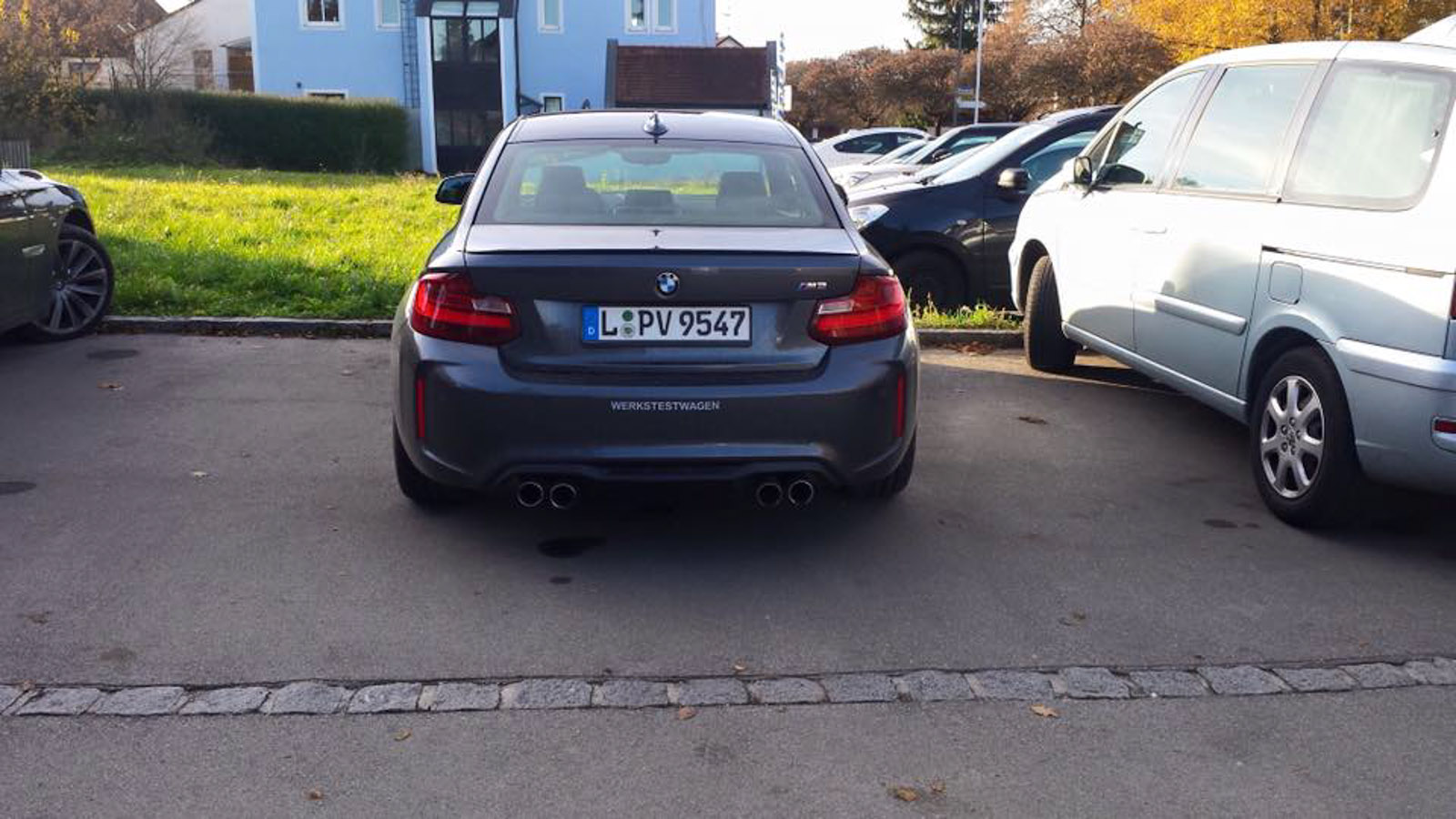 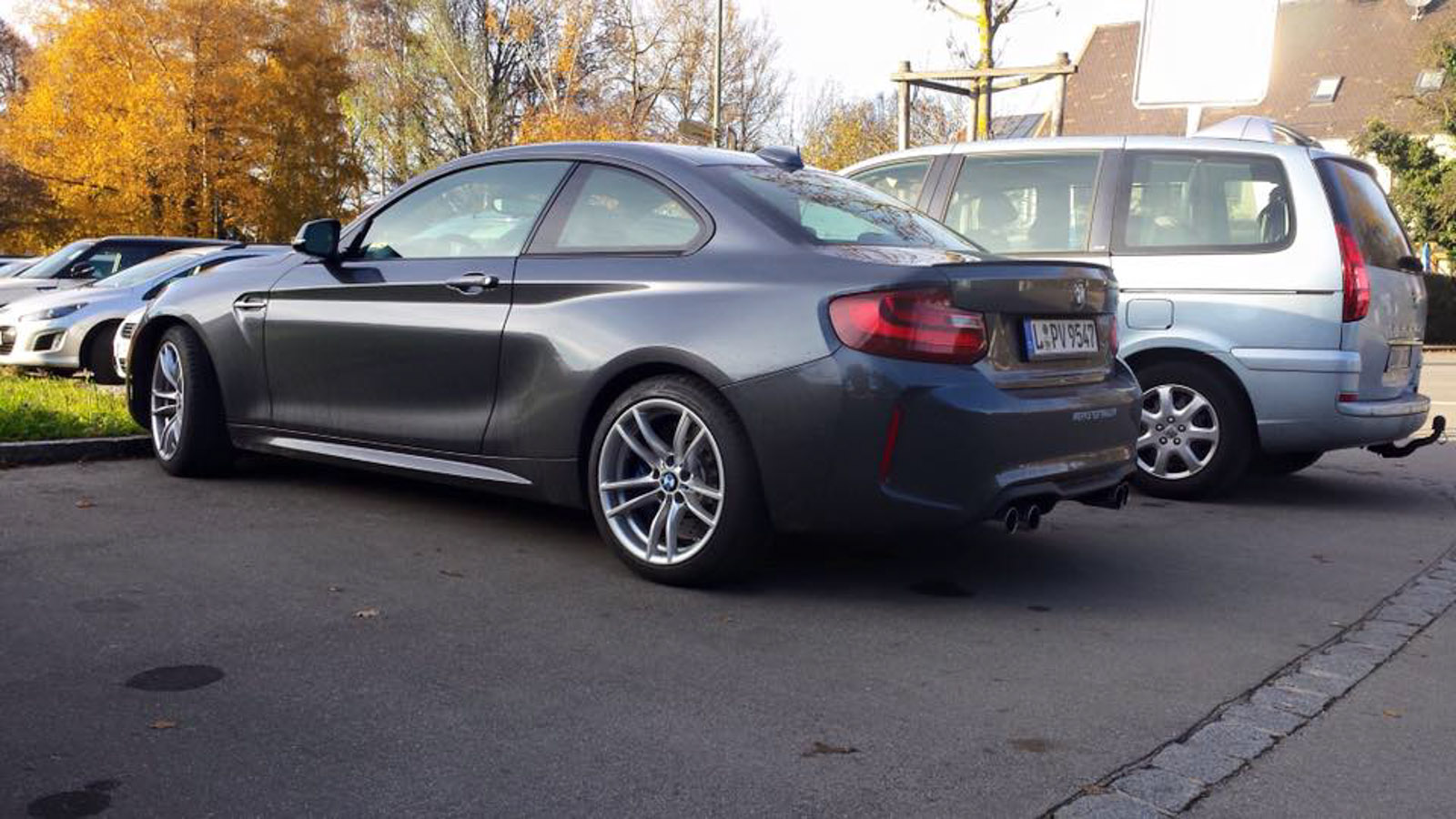 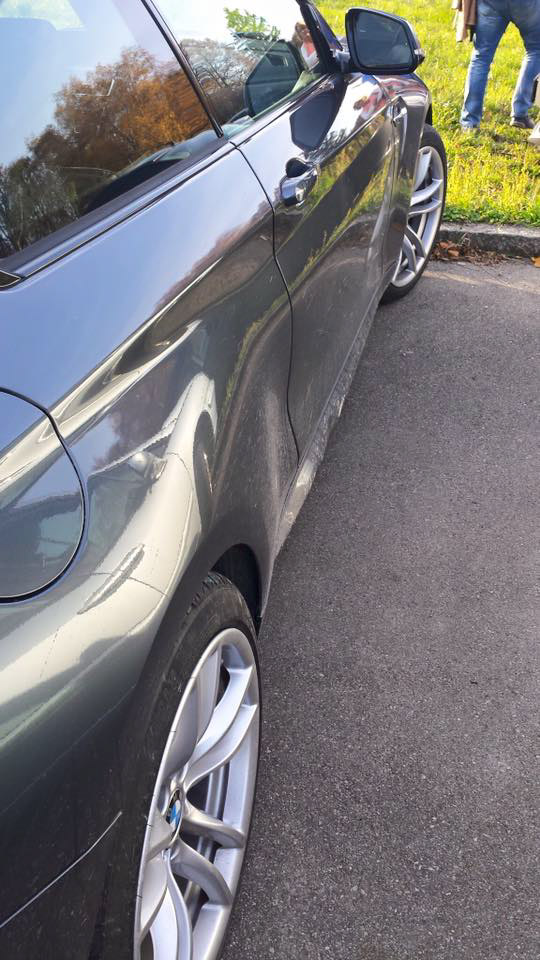 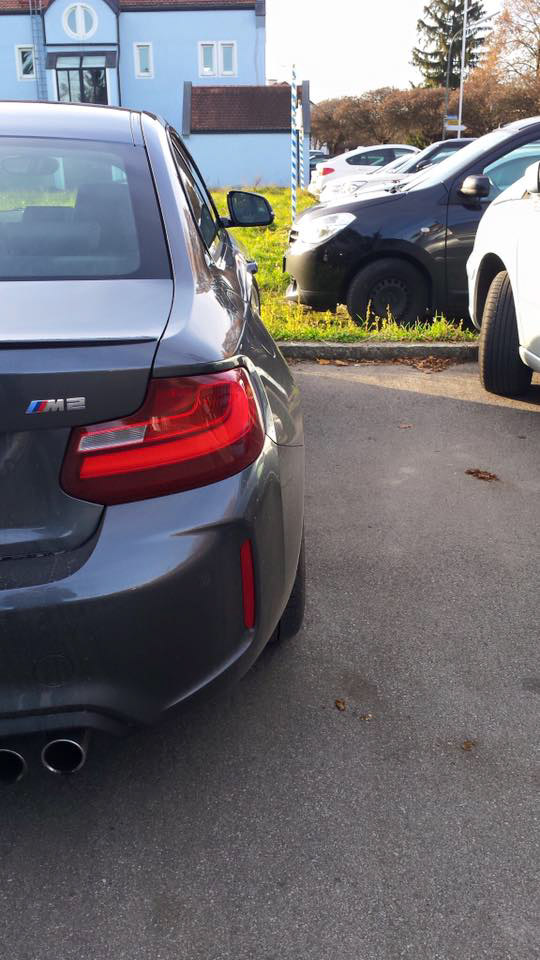 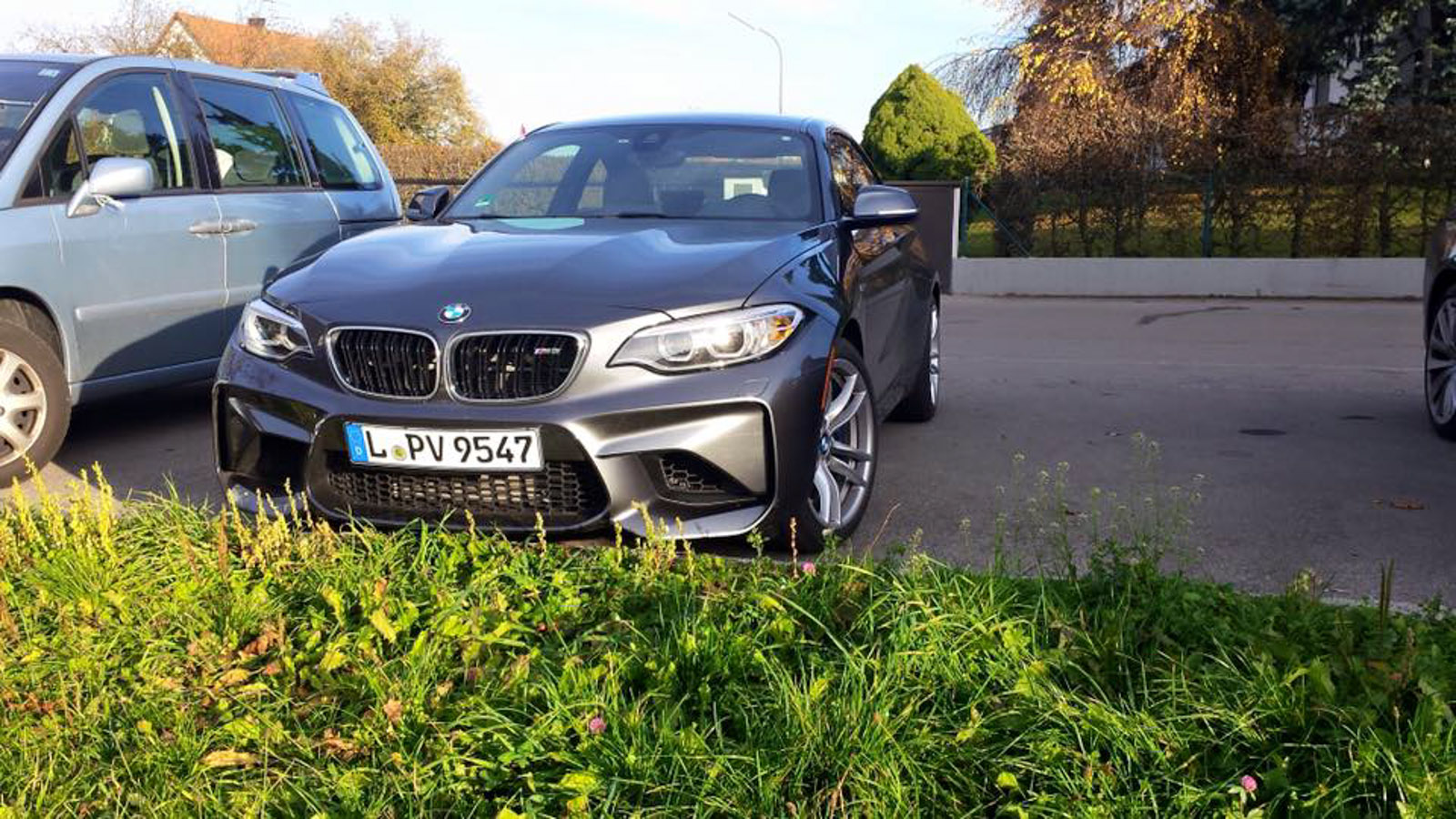