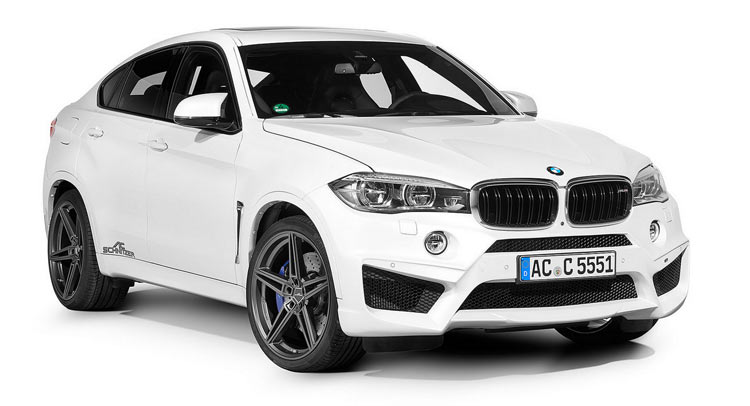 AC Schnitzer is one of the bigger tuners of BMWs. They make everything from aerodynamic upgrades to engine upgrades and even exhaust upgrades. One of AC Schnitzer’s more recent projects is with the BMW X6 M, which is one of BMW’s more insane vehicles so you can imagine the insanity that will come from a tuned one.

The BMW X6 M starts life as a two and a half ton Sports Utility Coupe with a 4.4 liter twin-turbocharged V8 that develops 567 horsepower and can rocket from 0-60 mph in 4 seconds flat. 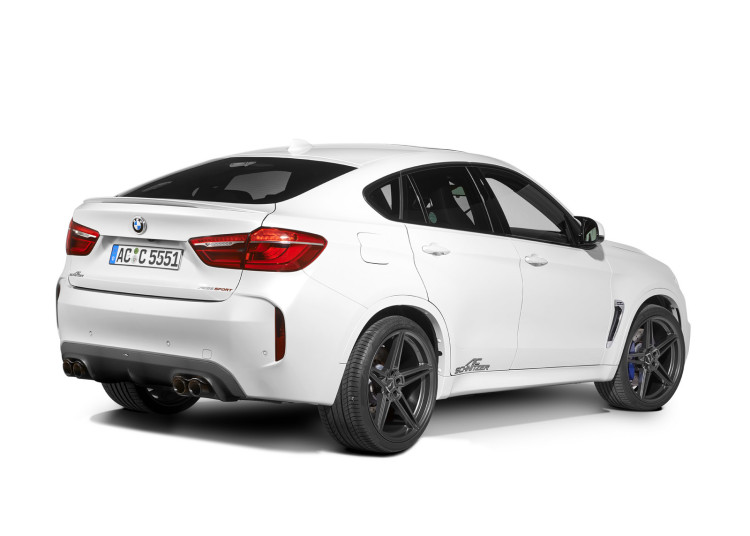 That’s mighty quick for something that weighs as much as a medium sized aircraft carrier. But that’s the beauty of the X6 M, it shouldn’t exist but it does and we love it for that. It also looks every bit as bonkers as it is to drive. So the X6 M doesn’t need much tuning, if any at all. Well tell that to AC Schnitzer.

What AC Schnitzer did was add a new front skirt, carbon fiber rear wing, a rear diffuser and some bonnet vents to give the X6 M a much more aggressive look. They then put it on lower and stiffer suspension. The new suspension is available up to 30 mm lower than the stock car. Then, AC Schnitzer wheels were fitted and some interior bits were added. But the biggest and most important thing done to the X6 M was the added exhaust.

The BMW X6 M never sounded bad, as it’s hard to sound bad with a big, thumping 4.4 liter V8 under hood, but this upgraded exhaust makes it sound naughty. It doesn’t sound overly loud or ridiculous, just dirty. It pops and crackles on upshifts and has a throaty growl. It just sounds fantastic.