A few more details about the technology and equipment of the BMW F87 M2 are now being brought forward by the folks at Bimmer.work. By using a VIN decoder, a reader of Bimmmertoday managed to get more info on the upcoming M2. Just like the X4 M40i, the M2 will use an updated N55 engine which makes, as announced, 272 kW or 370 hp, which gives enough power to the M2 to compete in the compact sports car segment.

The pre-production model shown by the VIN decoder was apparently built on September 18 at the Leipzig plant and is painted in the Long Beach Blue launch color, which so far has only been offered standard for the X5 M and X6 M, and now the new X4 M40i.The rear-wheel drive comes with a manual transmission and is fitted with 19-inch alloy wheels Double-spoke style 437 M with mixed tires. 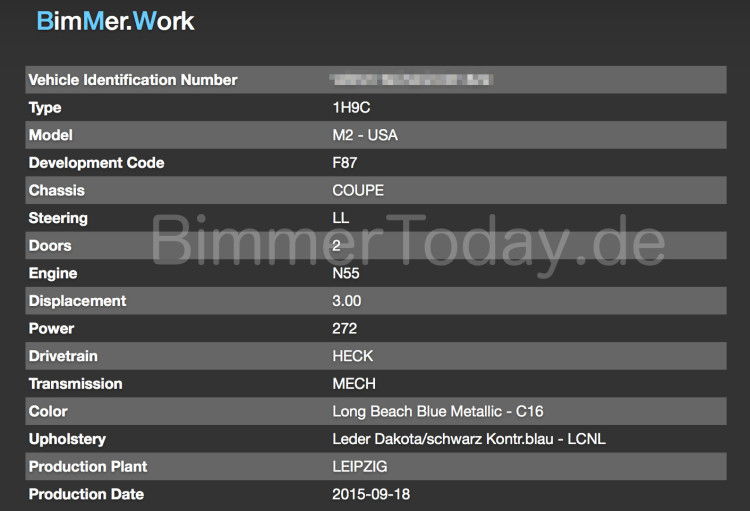 The full list of optional extras includes an M Driver’s Package, which is associated in Europe with an increase in top speed to 275 km/h. It’s unknown if the same package will be offered in the US. Other options include a professional navigation system and a heated steering wheel.

The successor to the BMW 1 Series M Coupe is designed to provide an excellent price/performance ratio, especially in terms of driving fun and it uses many chassis components from the big brothers M3 and M4. 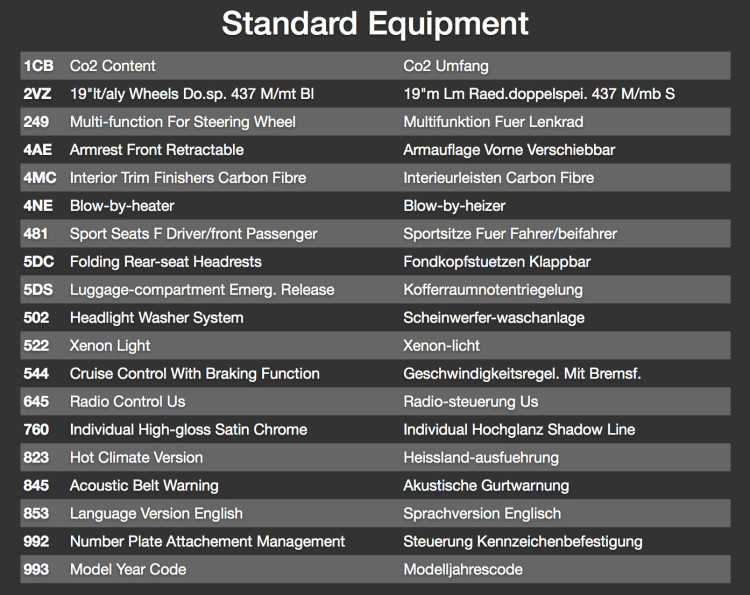 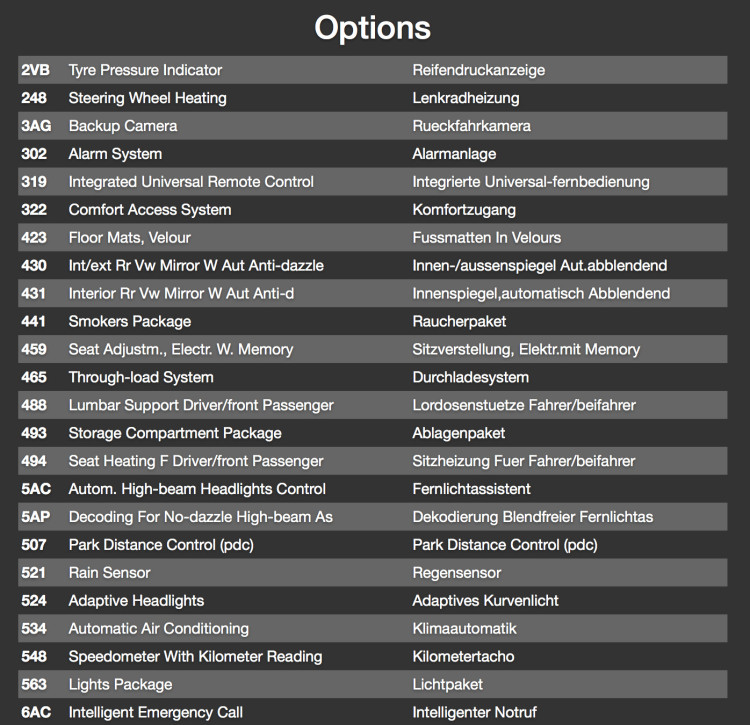 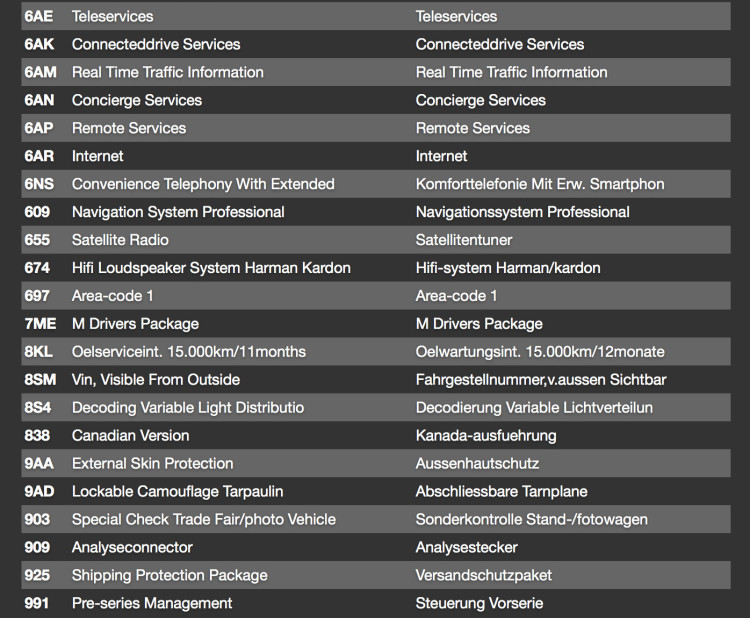