What are the ten most legendary BMWs of all time?

Home » Interesting » What are the ten most legendary BMWs of all time?

When people think of legendary cars, most people think of Italy. Ferrari, Lamborghini, Maserati. When people do think of Germany, it tends to be Porsche that comes to mind, maybe Mercedes-Benz and then BMW. Generally, the blue and white roundel isn’t at the top of people’s minds when thinking of the best cars in history. But it should be. BMW has been making legendary cars for decades now and there are several. But let’s narrow it down to ten.

10. BMW E38 7 Series – The E38 7 Series wasn’t the first 7 Series and didn’t really do anything extra special for its time. However, it was just an absolutely perfect balance of luxury and performance. In the ’90s, it was the ultimate in luxury and it was also faster and better handling than the equivalent Mercedes S Class and Audi A8. The E38 is considered by many to be the best 7 Series of all time and considering that the 7er is BMW’s flagship, that makes the E38 quite legendary. Plus it was in the only good Transporter movie.

9. BMW Z3M Coupe – The Z3M Coupe was never the best looking car in the world. In fact, it was downright ugly. However, the Clownshoe was also one of the best driving car of the ’90s. It was small, fast and handled like a Go-Kart. The Z3M Coupe was one of BMW’s biggest unsung heroes, as most people either didn’t know about it or didn’t like it because of its looks. However, no one can say that it was bad to drive because it was simply fantastic.

8. BMW 3.0 CSL – Everyone knows of the BMW 3.0 CSL. It was famously driven by Brian Redman around Sebring in 1975 for the win and put BMW on the map in Motorsport. It’s shape, racing livery and performance are iconic and unmistakable. This car is easily one of the best looking BMWs of all time, and possibly one of the best looking cars of all time. It’s looks, performance and racing pedigree make this car a legend. Though the CSL was only created as a racing homologation, it’s still one of the most legendary BMWs of all time.

7. BMW Z8 – Designed by Henrik Fisker, one of his last for BMW, the Z8 is also one of the best look Bimmers of all time. It’s throwback design, reminiscent of ’50s sports cars, is simply beautiful. Even the interior looks as if it came from a time capsule. It’s absolutely gorgeous. The Z8 also had the 5.0 liter V8 from the BMW M5 and a six-speed manual. How does life get better than driving a ragtop throwback BMW with an M5 engine and a manual gearbox? It pretty much doesn’t.

6. BMW E46 M3 – While not the first M3, not the fastest M3 nor the most iconic, it is widely considered to be the best. It’s such a fantastic blend of pure performance and modern comfort. While the E30 M3 might be more iconic and more pure and while the F80 M3 is faster and better handling, the E46 M3 is a perfect blend of both. It has modern amenities and comfort, while maintaining that old-school BMW M car feel. 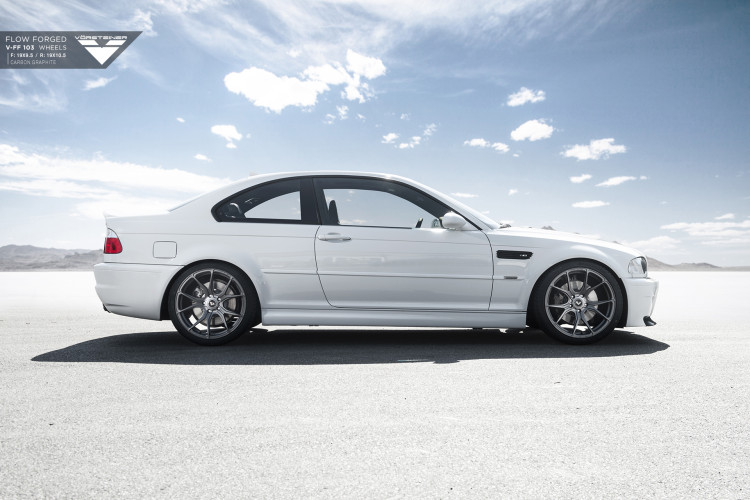 5. BMW E39 M5 – Very much like the E46 M3, the E39 M5 isn’t the first, isn’t the fastest in history, nor is it the most iconic. However, it’s widely considered the best M5. The E39 BMW M5’s chassis is widely considered the greatest four-door chassis of all time. There was something so perfect about the way it drives. The steering, which uses an old-school recirculating ball style steering rack, is so full of feel and the suspension is the perfect blend of comfort and performance while the engine is a masterpiece of smoothness, power and noise. It’s the ultimate sport sedan.

4. BMW 2002 – The BMW 2002 is the car that started the legend that is BMW. Before the 2002, BMW was a plucky brand that kind of went under the radar. But the 2002 put BMW on the map as the maker of the Ultimate Driving Machine. It was perfect back in the early ’70s. Its engine 2.0 liter engine was small but powerful and revved much higher than the muscle cars of the day. Its lightweight body and firm suspension made the 2002 the best driving car of its time and set BMW up to continue the trend.

3. BMW E28 M5 – The E28 M5 is the original, the Mack-Daddy, it’s the very first mass-produced M car. It was also the fastest sedan in the world when it came out in the mid-’80s. This is easily one of the greatest sports sedans of all time, regardless of brand. It was so pure and wonderful. The engine was magic. At 3.5 liters, the I6 engine made 282 hp and was mated to a five-speed manual. The E28 M5 was the best M5 of all time and the first M car, which puts it at number three on the all time list of legendary BMWs.

2. BMW E30 M3 – This is a car that needs no introduction. Every single car enthusiast knows of the E30 M3. It was the very first M3 and probably the best, regardless of what anyone might say about the E46. You’d also be hard pressed to find a purer driving car from any segment and any manufacturer. It’s near-perfection. it might not be the most comfortable driving car for daily use, but it’s possibly the best driving car of all time. And that puts it squarely at…number 2.

1. BMW M1 – While many people would put the E30 M3 at number one, and there’s good reason to give that consideration, the M1 is the only choice for the number one spot. It’s an absolute legend in the automotive industry, not just in BMWs history. The M1 was designed by Giugiaro, one of the greatest automotive designers of all time, and was powered by a glorious 3.5 liter straight-six engine mounted in the middle. BMW wouldn’t use another mid-engined design until the BMW i8, nearly forty years later. It;s absolutely gorgeous, is incredible to drive, makes and excellent sound and birthed BMW’s M Division, which on of the most iconic letters in automotive history, if not the most iconic. The M1 started BMW’s most legendary division, therefor it’s the most legendary BMW and one of the most legendary cars of all time.