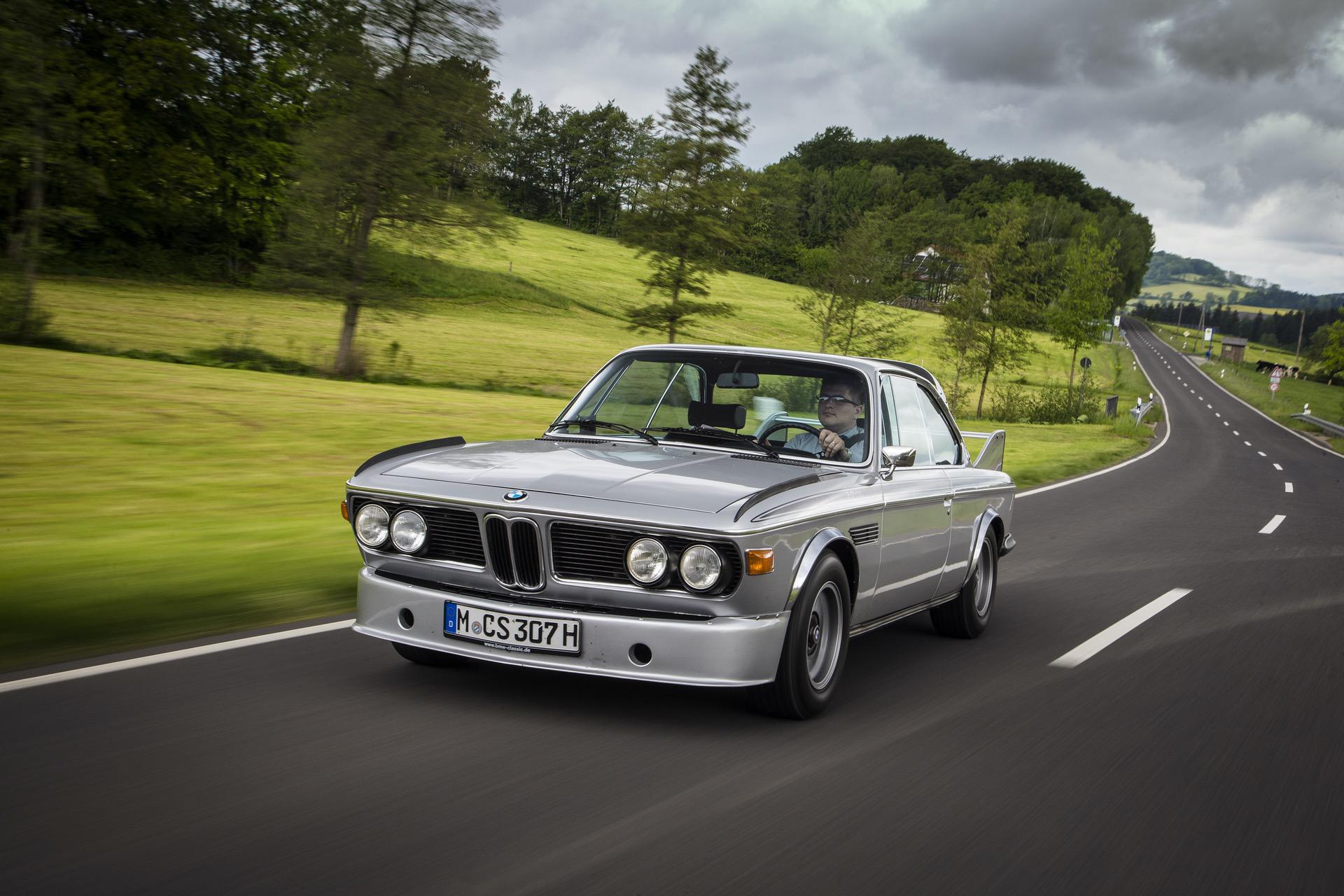 This year, at the Concorso D’Eleganza held at the Villa d’Este in Italy, BMW showcased the 3.0 CSL Hommage. Like the BMW M1 Hommage and 328 Hommage Roadster exhibited at the previous editions of the event, this futuristic prototype paid ‘homage’ to the classic BMW endurance race car- the 3.0 CSL (also called the ‘Batmobile’). “Our Hommage cars not only demonstrate how proud we are of our heritage, but also how important the past can be in determining our future,” Adrian van Hooydonk, BMW’s group design head, said.

The 3.0 CSL was developed by a separate division within BMW AG, later known as the BMW Motorsport GmbH. Production of the car commenced in 1971 at Karmann Werkes in Rheine, Germany.

The 3.0 CSL was the performance variant of the 3.0 CS two-door coupé. It belonged to BMW’s New Six CS series and featured the famous six-cylinder engine. Owing to the use of aluminum for construction of various materials instead of steel, the 3.0 CSL weighed about 440 pounds less than the standard 3.0 CS. Hence, the ‘l’ in the name stood for “leicht”, which in German means “lightweight”.

BMW produced four different versions of the 3.0 CSL over a period of five years, all as per European specifications. The first version only offered a left-hand drive and featured a 2,985-cc M30 engine. The next two variants (same engine displacement but one was LHD and the other RHD) were fitted with a Bosch fuel-injected model that displaced 3,003-cc. The capacity of the engine was increased in order to include the homologation car into the racing category of cars with engine displacement of three liters and more.

The final variant of the CSL had an even bigger engine (3,153-cc) and it was famously labeled as the ‘Batmobile’ since it came with an optional racing kit consisting of massive air guides and an enlarged rear spoiler.

These improved the dynamics and handling of the car, although the racing kit came under legal scrutiny in some European countries. Nonetheless, the 3.2 CSL produced up to 206 hp and was extremely successful in the racing circuit.

It won the European Touring Car Championship in its category in 1973 and in every year from 1975 to 1979. Moreover, it also registered back-to-back victories at the Le Mans in 1973 and 1974 and won races at the 1975 IMSA GT Championship.

A total of 1,265 models of the 3.0 CSL were produced and it can easily cost someone more than $350,000 in the present day to acquire one. While the first batch of the car was based on the chassis of the standard 3.0 CS and hence, had no unique model code, the fuel-injected 3.0 CSL and the 3.2 CSL models had unique chassis and VIN numbers. Interestingly it was the 3.0 CSL that helped cement BMW’s status as a sporty luxury car.

The World War II had destroyed much of BMW’s facilities and some of them were also taken over by the Soviet Union. Although it had slowly come back into business by the mid-50s, sales were abysmal and BMW was headed towards bankruptcy. It was then that the carmaker came with the ‘New Class’ series that revamped the brand. The 3.0 CSL is arguably the most popular of the lot and often believed to be the reason why BMW is still considered a sportier and more driver-centric alternative to Mercedes because of its exploits in the racing arena