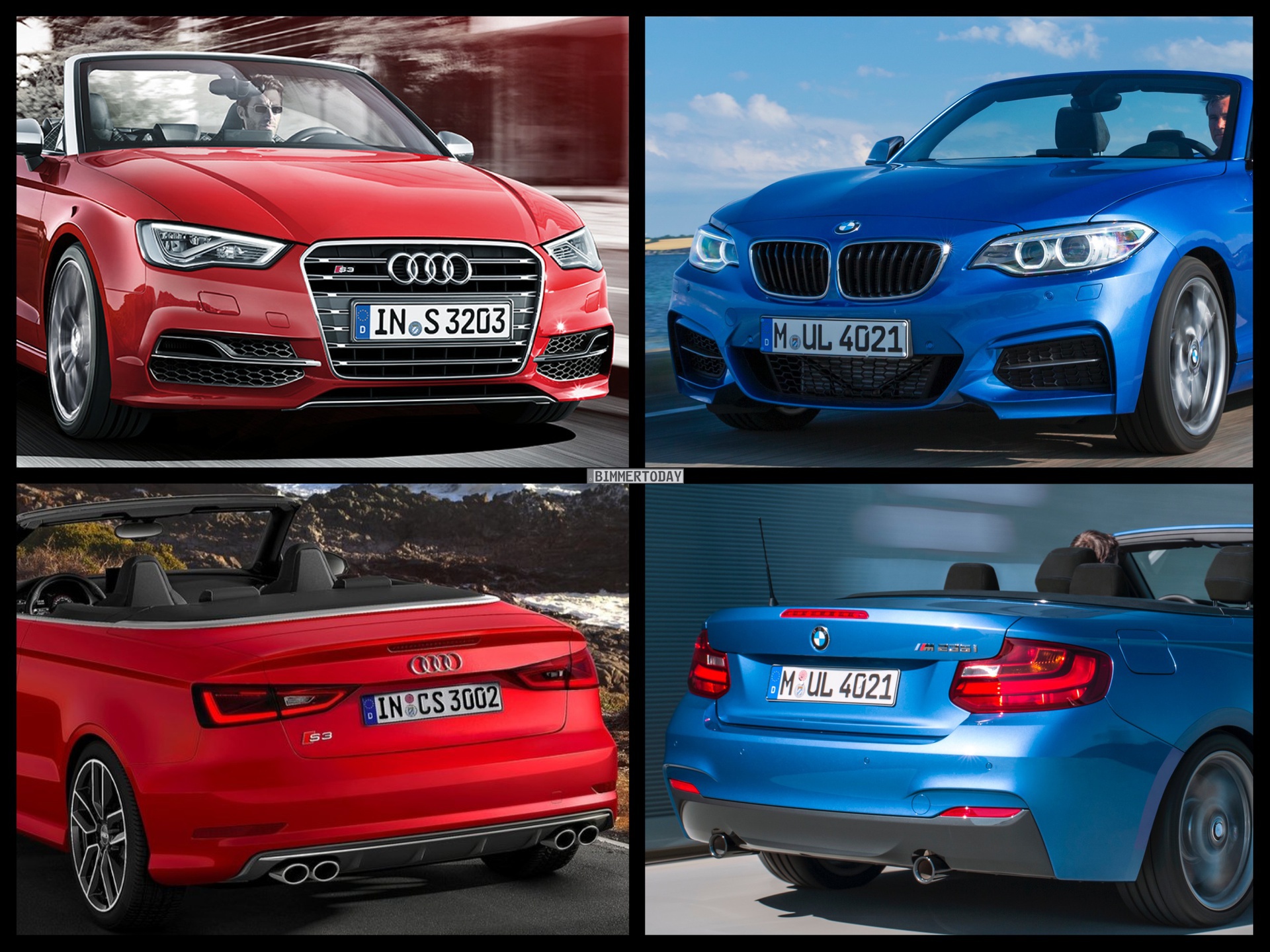 BMW just let some of the auto-journalism world take some laps in its brand new 2 Series convertibles. These types of small, sporty convertibles have never been very popular amongst us enthusiast types. They do sell quite well and are often considered secretaries cars. That was primarily what the 1 Series convertible was; a sporty convertible for middle-aged women. Not that there’s anything wrong with that, it isn’t a judgment statement, but one of fact. That also isn’t a condemnation of the 1 Series, which was a fabulous sports car. However, the convertible didn’t look very good and was a bit too soft for sporty driving.

However, this new 2 Series Convertible doesn’t seem to be as much of a car for secretaries any longer. The 2 Series Convertible seems like it means business. All journos seem to be singing its praises, for the nimble chassis, great steering and awesome engines. It also looks much better than the 1er Convertible did. It looks much more lean and mean. But now it has some stiff competition for being the secretary favorite. At least on paper, it does. 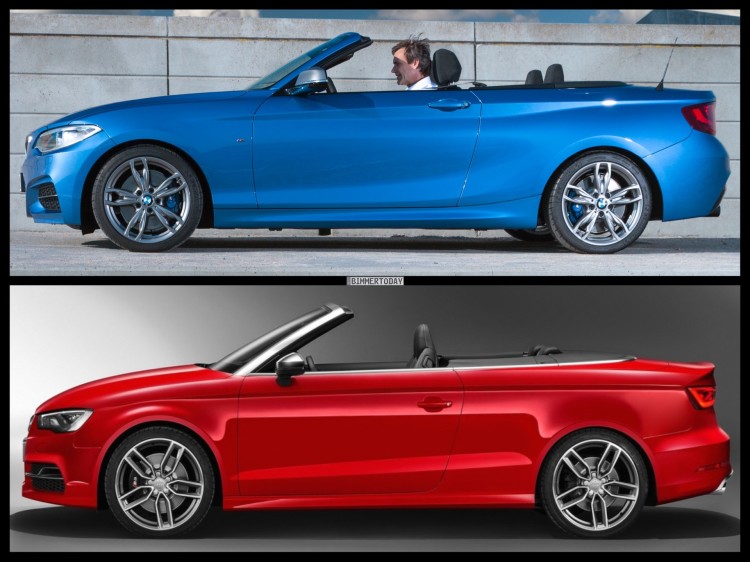 Audi has debuted its top-down version of the A3. Essentially, Audi took a car that originally was only a hatchback, then ditched the hatch and turned it into a sedan which then got a cut down, two-door convertible version. Did you get all of that? Good.

Both convertibles, the A3 and 2 Series, can be similarly spec’d out. With both being available with a 2.0 liter, turbocharged four-cylinder (the A3 has a 1.8t as standard while the BMW’s base engine is the 2.0) and automatic transmissions, you would expect them to perform similarly. I’d say that the BMW has a significant advantage in terms of weight and horsepower. The A3 has 220 hp and 258 lb-ft of torque, while the 228i has 240 hp and 255 lb-ft. The A3 has a bit more torque, but the 228i has more hp and is lighter thanks to its RWD setup, compared to the A3’s Quattro AWD. And at this realm of low hp, AWD isn’t really going to aid in traction. The A3 uses a 6-Speed, S-Tronic, dual-clutch gearbox, while BMW uses the familiar ZF, 8-Speed automatic so it looks like a tie there.

BMW has a bit of an advantage at the moment, as they offer a convertible M235i, while Audi has not yet released an S3 convertible in the US. However, I don’t even think an S3 would be able to hang with the M235i, as The Fast Lane Car just tested an S3 against a 228i and the 228i gave the S3 a run for its money.

Overall, the 2 Series Vert’ seems to be the better enthusiast’s option of the two. With its better performance and RWD, it’s definitely sportier than the A3, with its heavy, FWD based Quattro system. The 2 Series convertible doesn’t seem to be the secretary favorite any longer. That title seems to have gone to the A3 convertible.