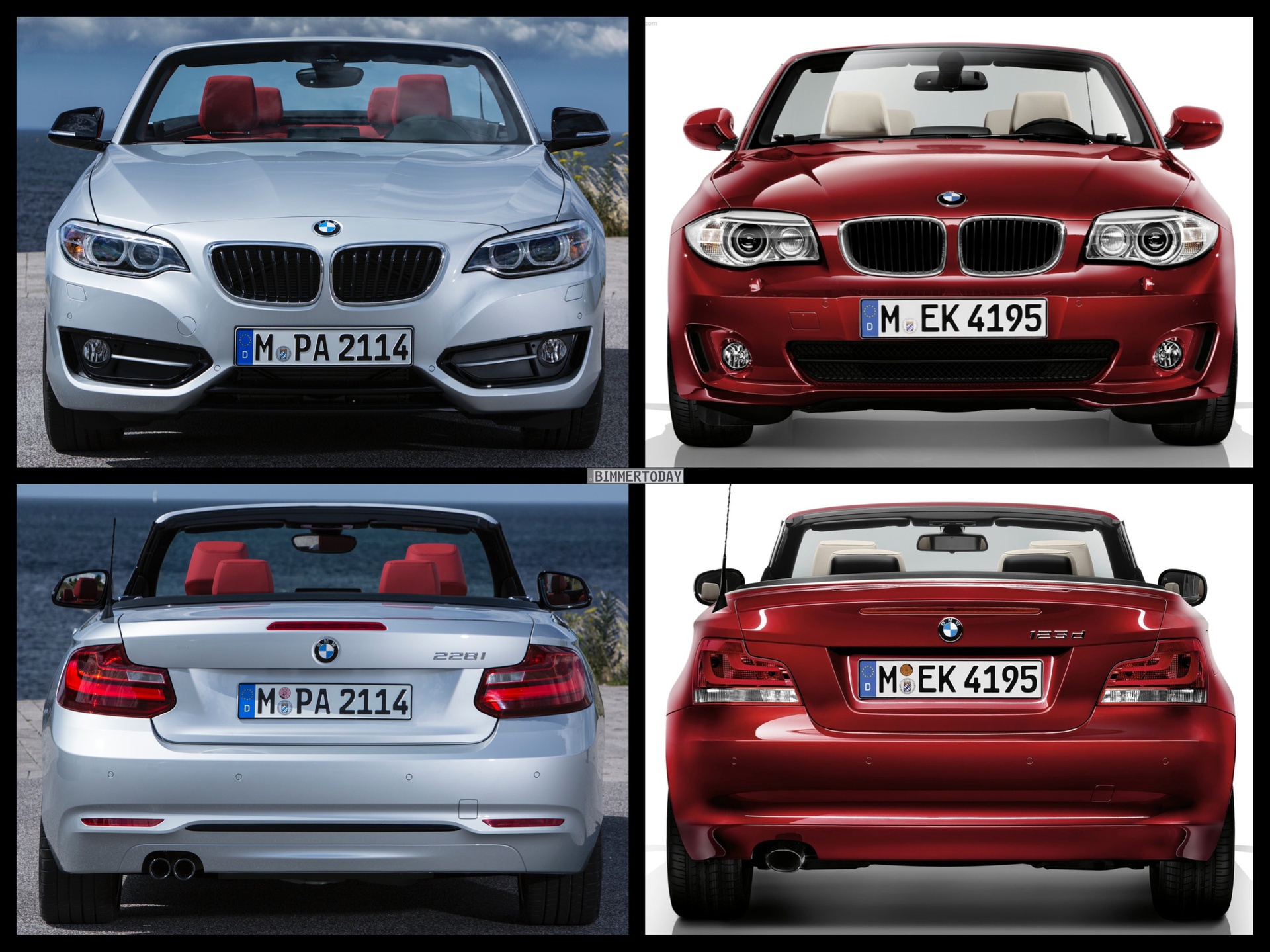 With the launch of the new BMW F23 2 Series Convertible, we’re bringing you a photo comparison with the previous generation BMW E88 1 Series Convertible. The new BMW 2 Series convertible has some big shoes to fill: The predecessor sold worldwide more than 130,000 units and was the most successful car in its segment.

Especially for people who occasionally want to transport bulky things with the roof closed, the increased load-through-flap in the back seat offers a significant value. For example, the new 2 Series Convertible allows the transport of two snowboards or two 46-inch golf bags. 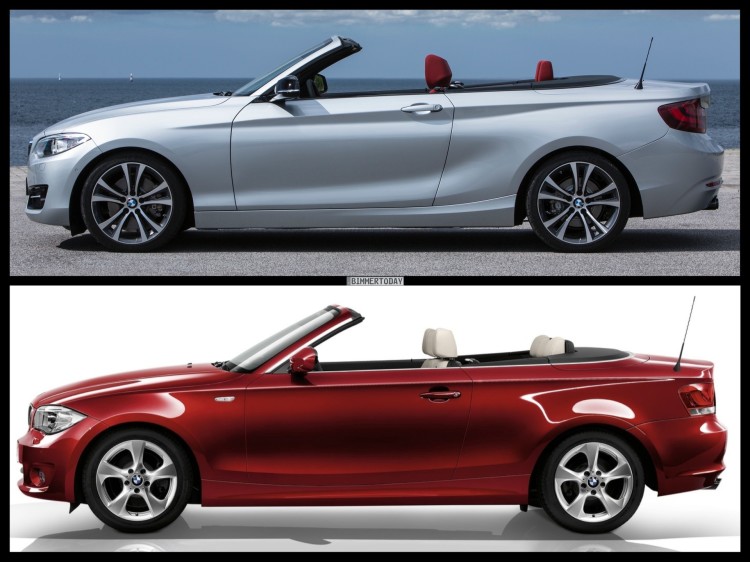 All-around modern engines with more power and lower fuel consumption are used in the BMW 2 Series Convertible. Besides a manual six-speed gearbox available for all F23 variants, the eight-speed ZF automatic transmission can be selected as well.

Here is the photo comparison: 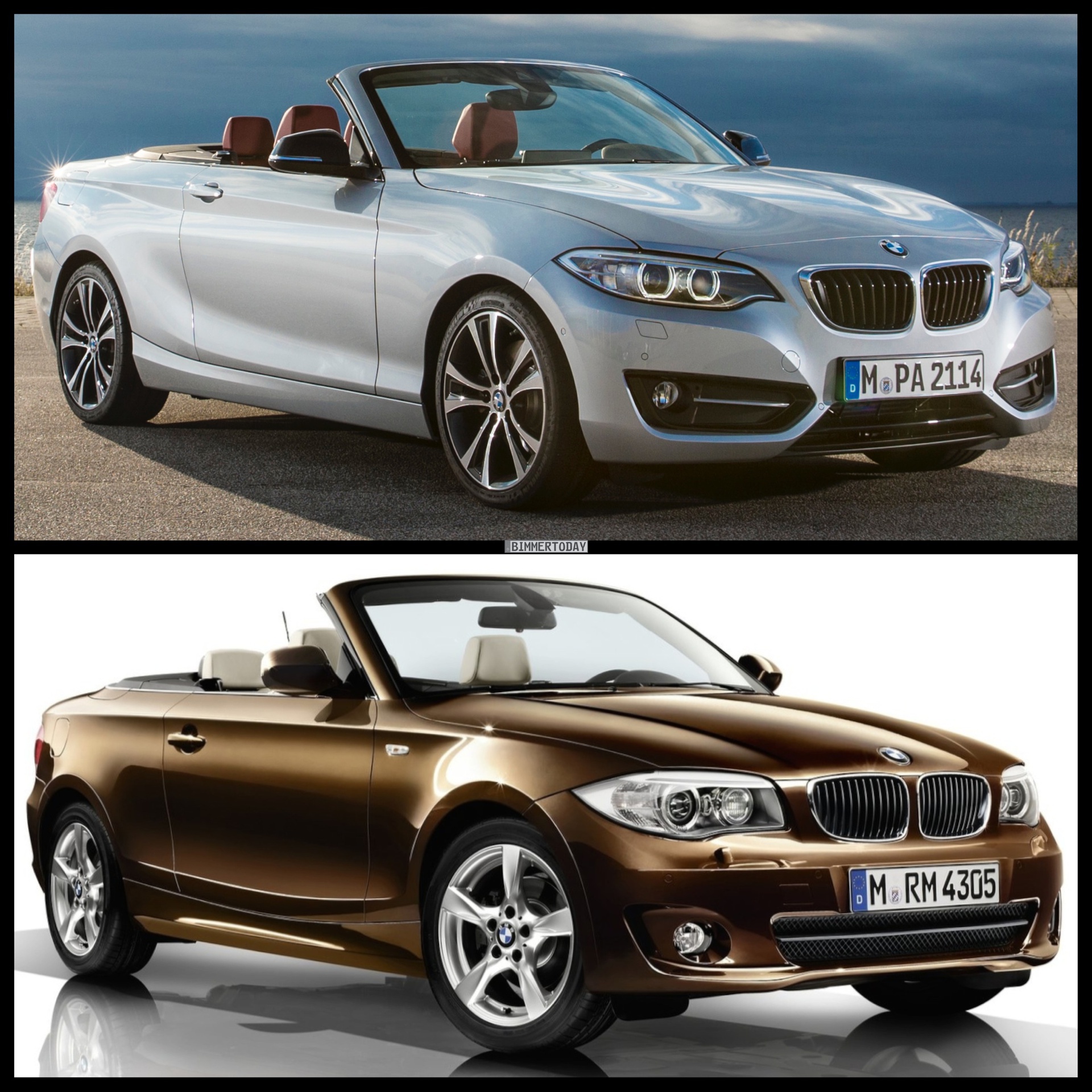 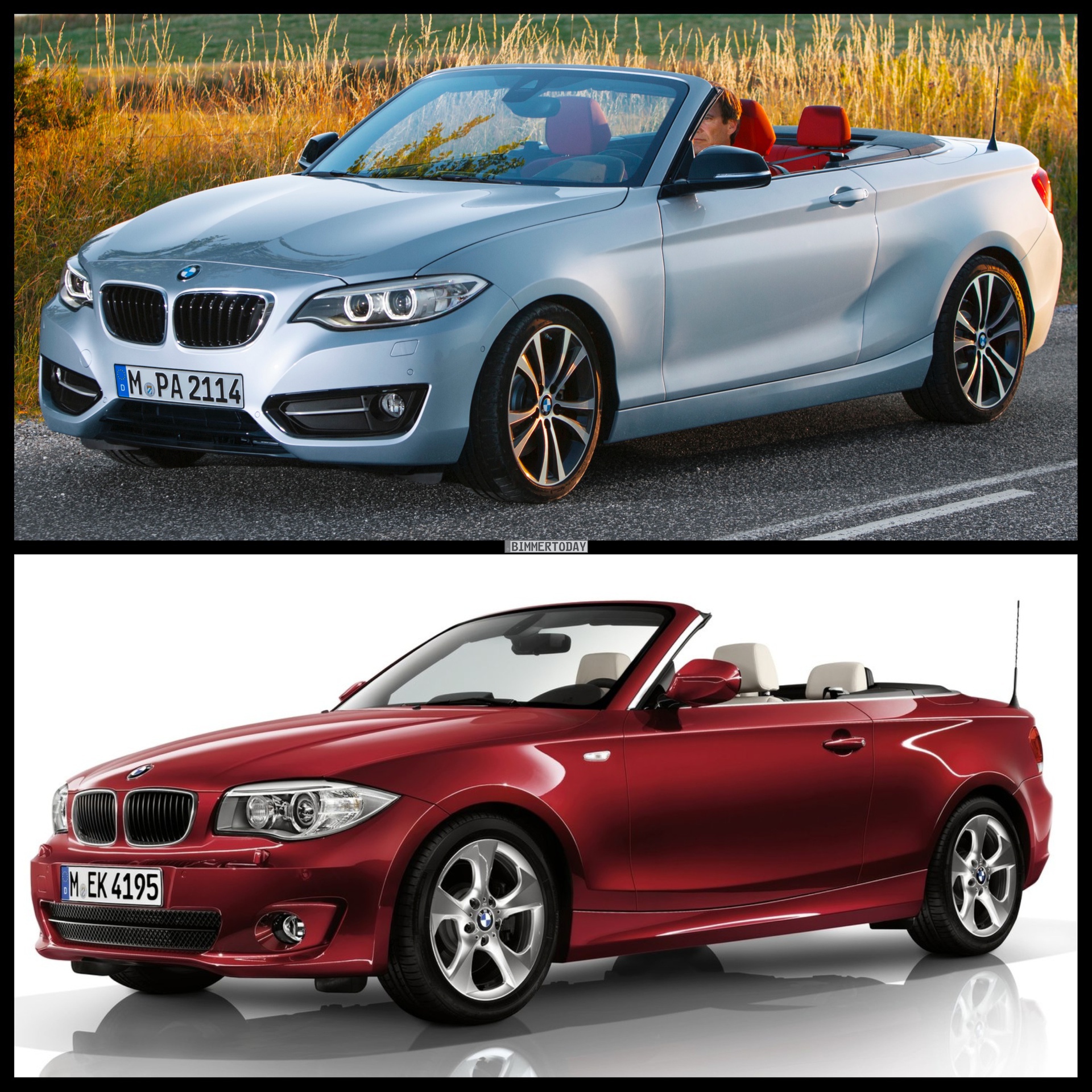 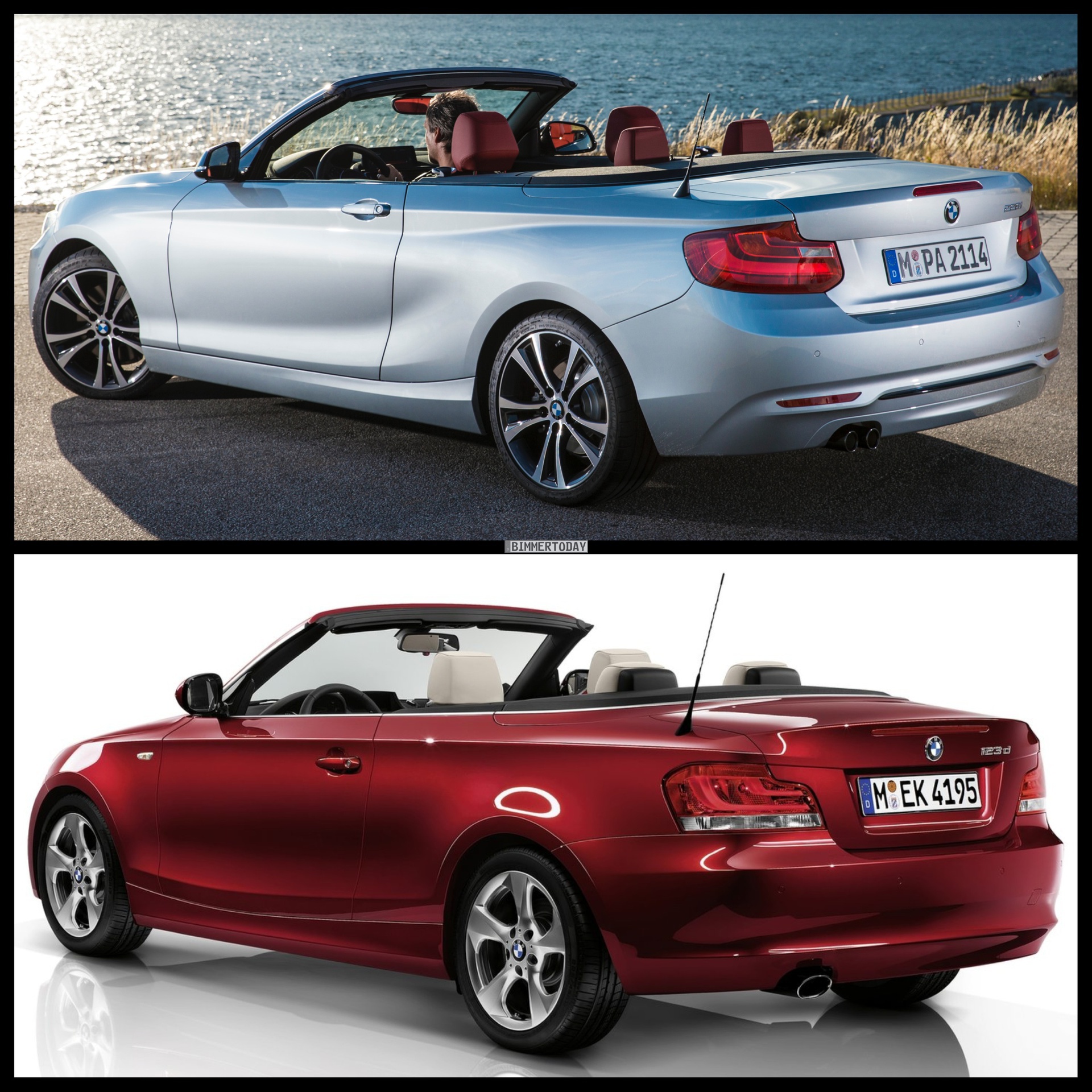 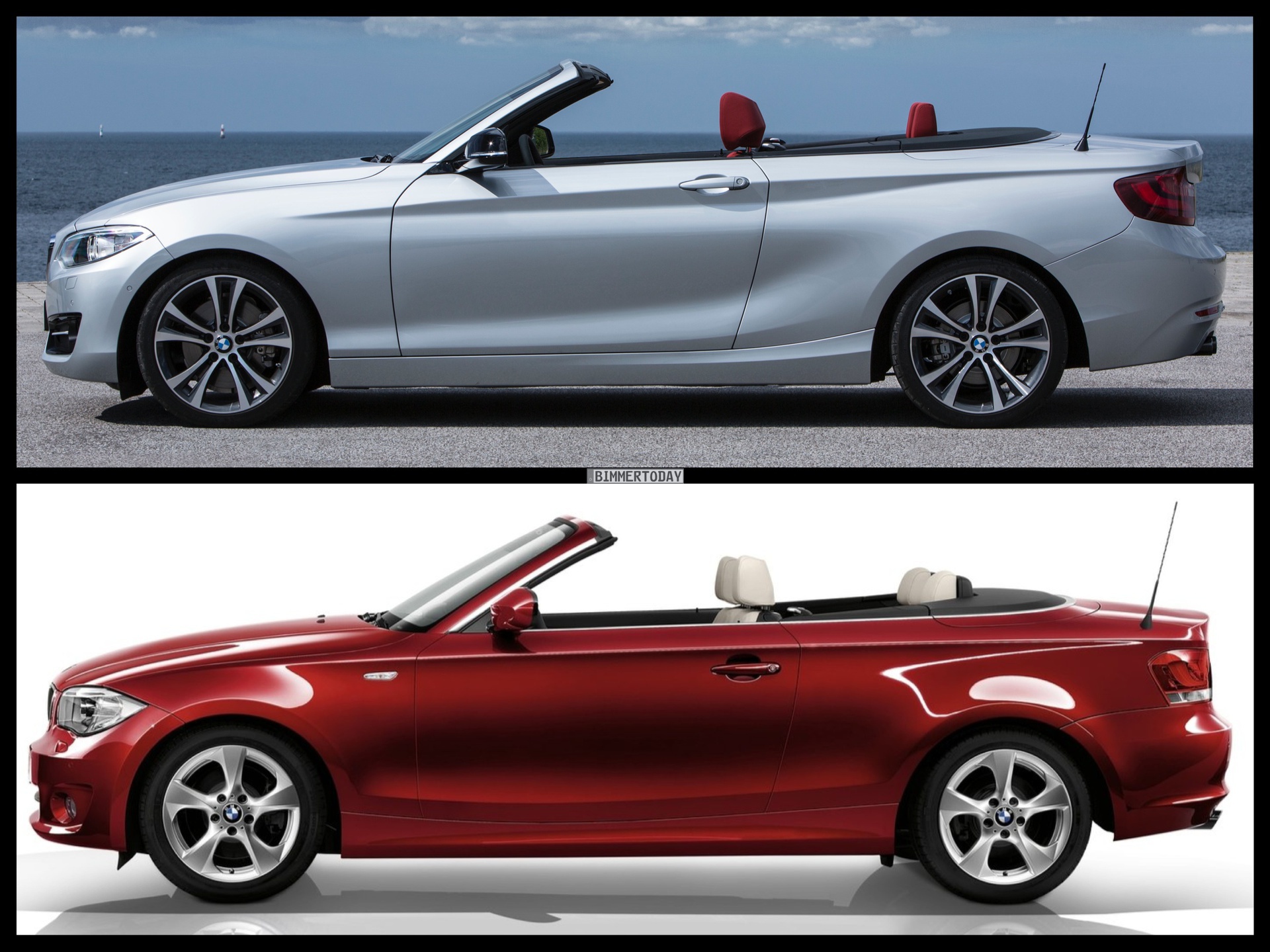 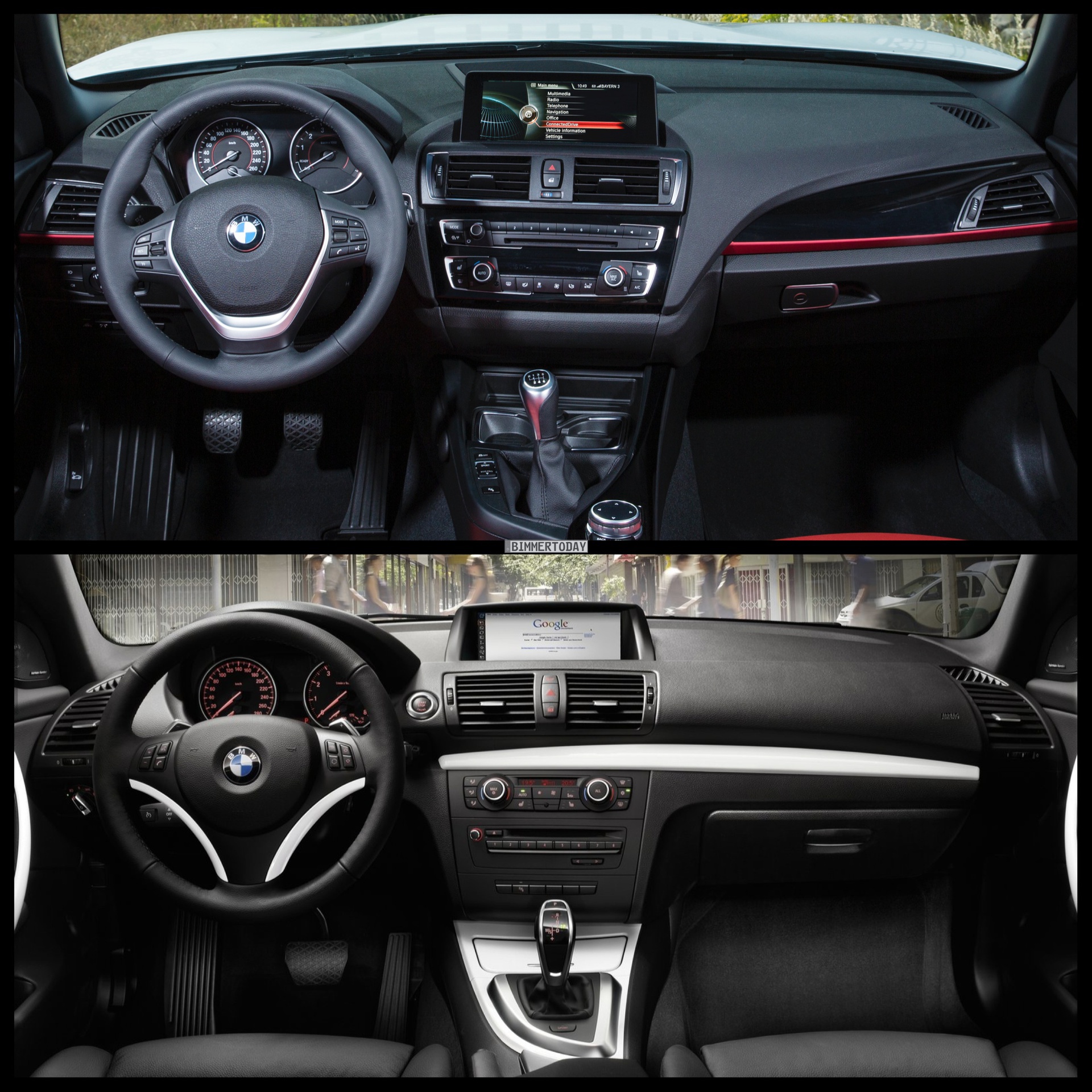 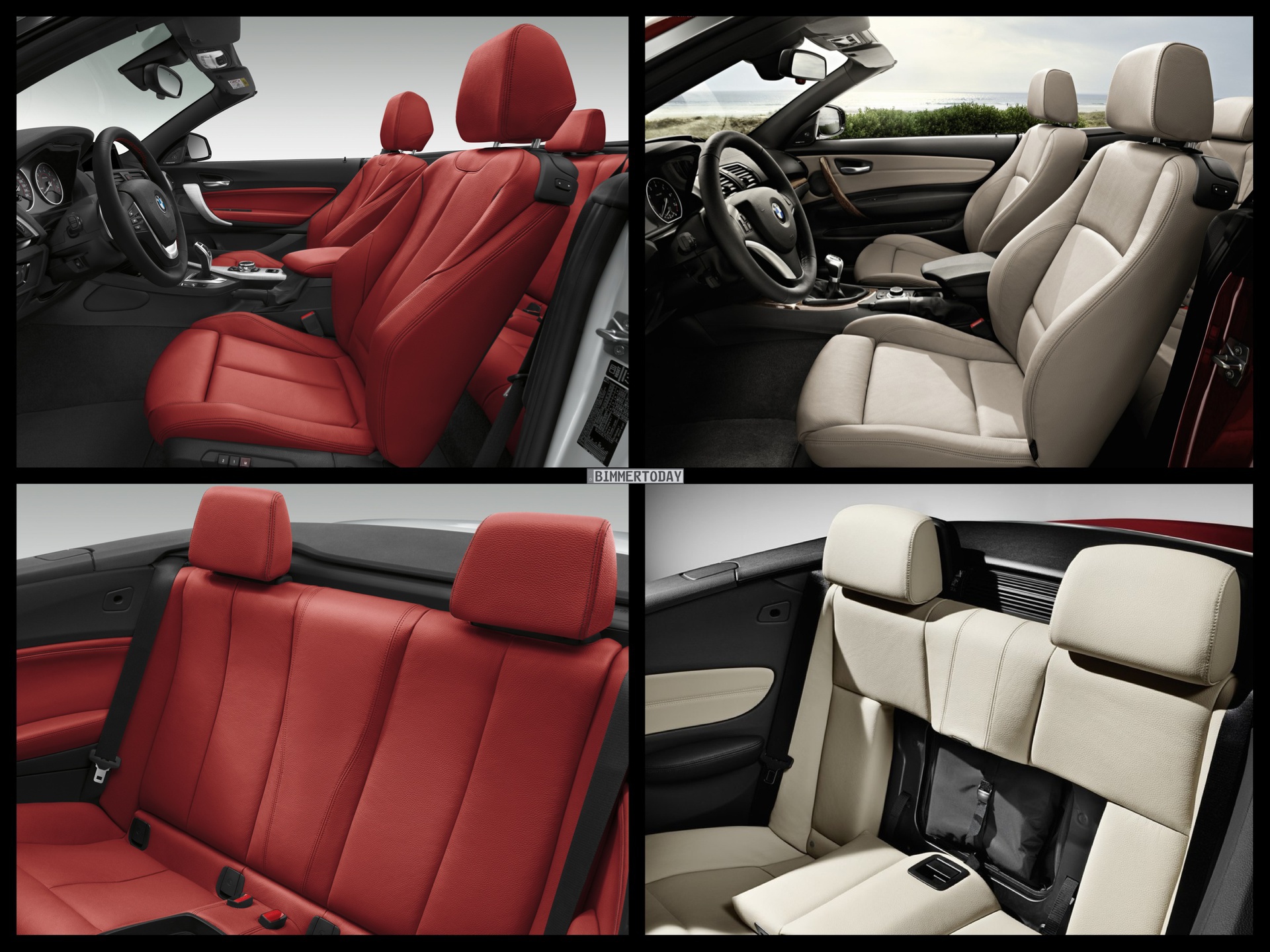