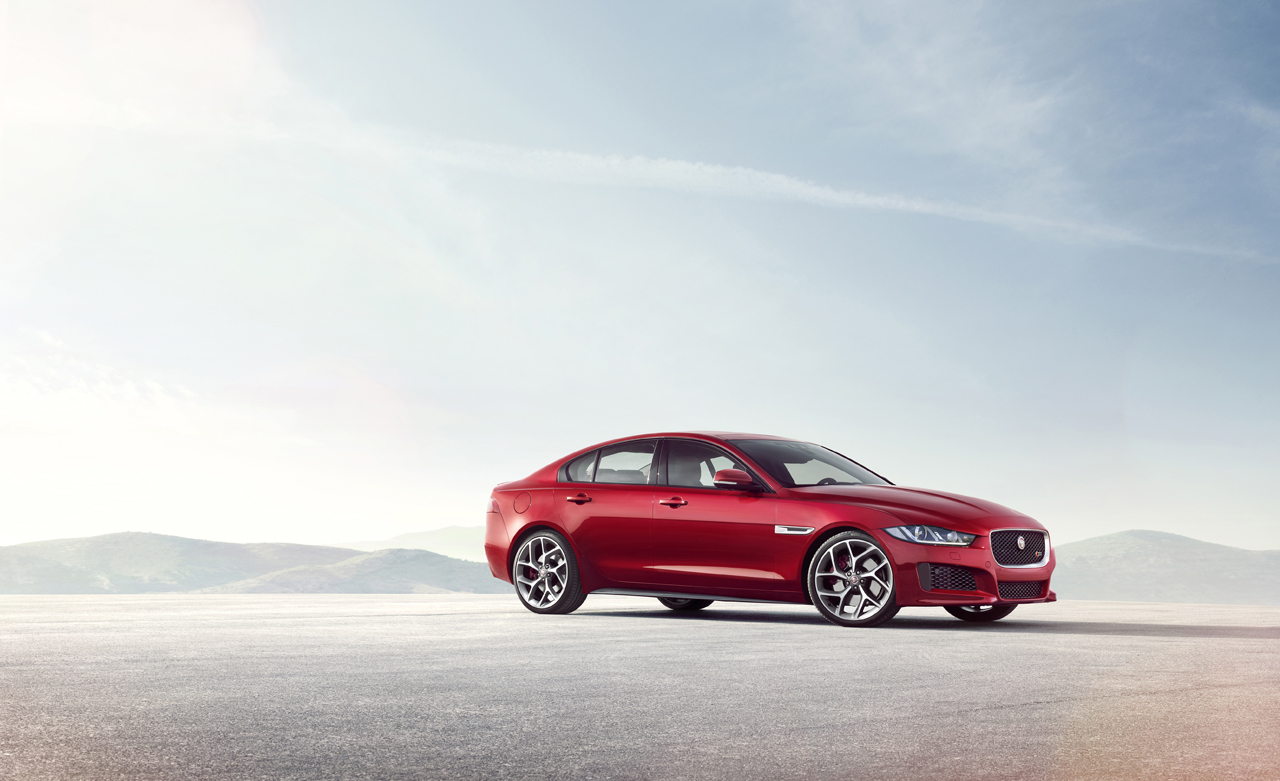 BMW’s 3 Series has long been the reigning champ in its segment. Deservedly so, as it is the best, even if it has gone a bit soft these past few years. There are other cars in the segment that give the 3er a run for its deutschmarks, like the Cadillac ATS, Mercedes C-Class and Lexus IS, but none can match the 3’s all-around goodness.

However, it seems as if Jaguar is primed and ready to take a good shot at the perennial segment winner. Jag has been looking to redeem itself from the tepidly awful X-Type and it seems as though that redemption will finally come to fruition.

Meet the Jaguar XE. Motoring Journalists have been driving the XE, recently and have come away impressed with its looks, performance but most of all handling. It used to be that the 3 Series was the only car in the segment that could truly handle, but this XE seems like it will make the 3er a bit nervous.

Built on an entirely new platform, the XE uses an extensive amount of aluminum in the chassis, suspension and body. While not exactly a featherweight, the XE S, with Jag’s usual 3.0 liter, Supercharged V6, tips the scales at 3,670 lbs. In comparison, a BMW 335i checks in at fewer than 3,600 lbs. Though it’s heavier than most of the cars in its class, it seems to hide its weight well, as all of the journos who drove it gave it rave remarks for its handling chops and steering feel. It’s odd when handling and steering are the two most talked about subjects when referring to a Jag.

The engines will derive from Jaguar’s new Ingenium line, but at the moment the only engines available are the 3.0 liter V6 and a 2.0 liter, four-cylinder turbo diesel (The U.S. will only get the 3.0 liter at first). This isn’t an issue, however, as the 3.0 liter V6 makes a healthy 340 hp and 332 lb-ft of torque and sounds great delivering it all. The 2.0 liter isn’t bad either, but let’s face it, it’s the Supercharged V6 that you want. Both engines are mated to an 8-speed ZF gearbox which powers the rear wheels as standard, with all-wheel drive being an option. 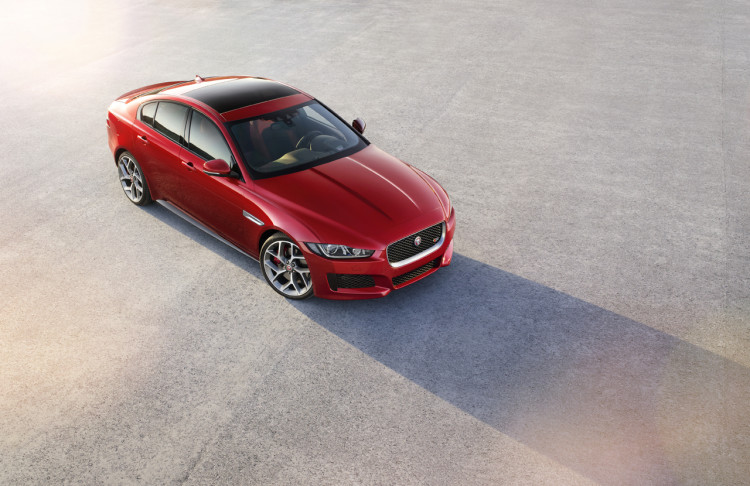 When it comes to looks, Jaguars always shine. This XE is no different. It isn’t that dissimilar from other Jaguar products, but that’s not necessarily a bad thing as all current Jags look fantastic. It’s a decently long car at 183.9 inches long, but the important thing is the wheelbase; 111.6 inches. This long wheelbase gives the Jag a nice, stable ride at high speed and allows for the wheels to be right at all, four corners of the body. 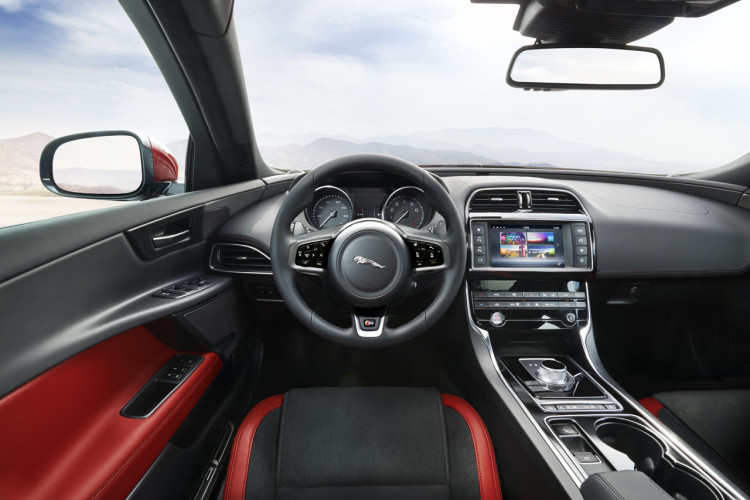 The interior is also typical Jag which, again, is not a bad thing. It has the same ring around the dash as the XJ, which seems to wrap around the entire cabin. The interior is the classic Jaguar blend of sportiness and sophistication. It also ditches the F-Types shifter for the more common rotary style knob.

Overall, with its supposedly great steering, excellent engine and fantastic looks, the Jaguar XE seems ready to challenge the 3 Series for its crown. Only time will tell whether the XE is up to the task or not. But either way, it should be fun finding out.

3 responses to “Can the Jaguar XE make a dent in 3 Series sales?”