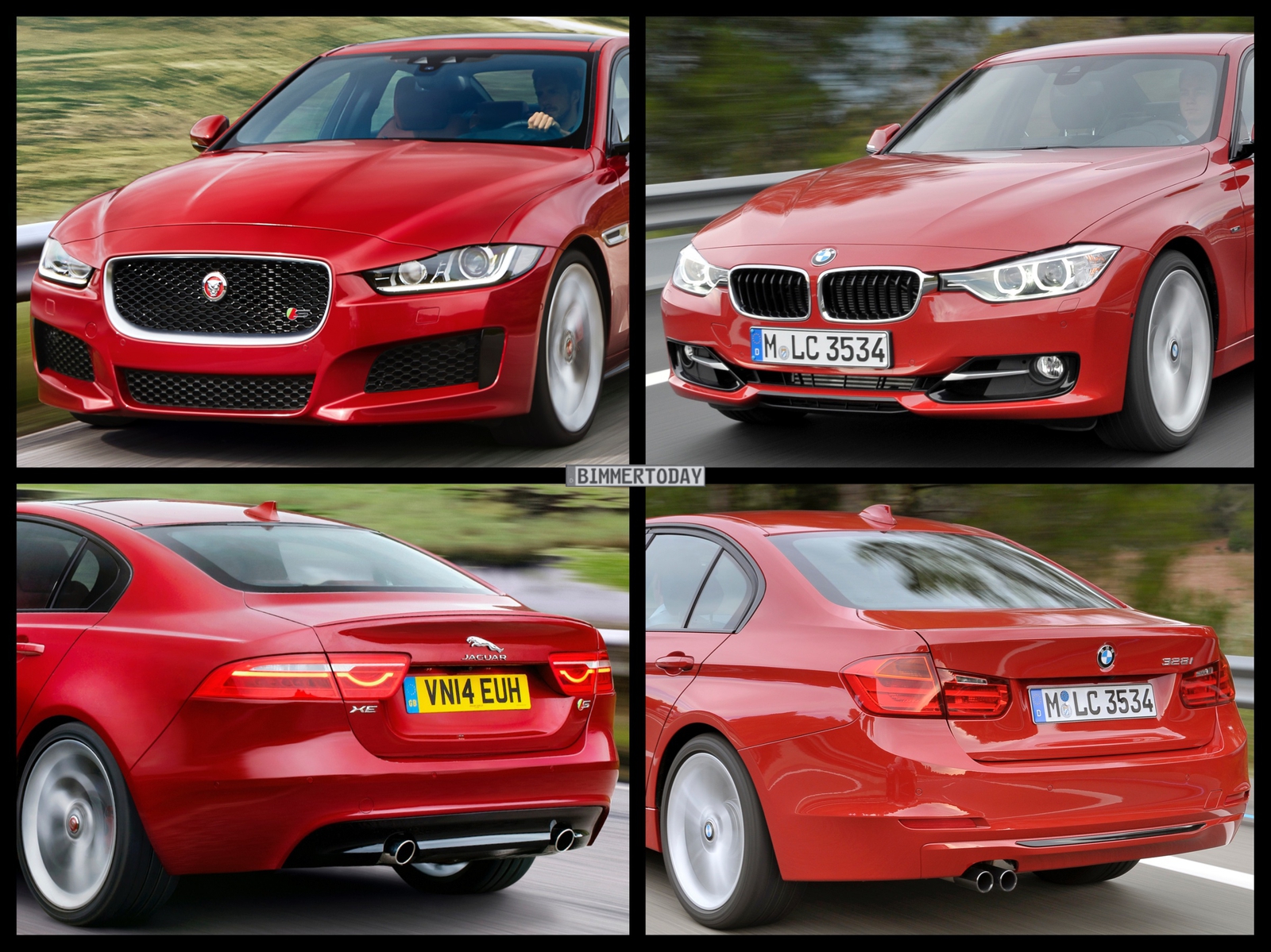 Until the new Jaguar XE launches in the summer of 2015, the BMW 3 Series facelift will be revealed to continue to challenge the Mercedes-Benz C-Class and Audi A4 in the midsize sedan premium market.

Ahead of the Jag’s debut, we put together a photo comparison of the XE model and the 3 Series sedan. 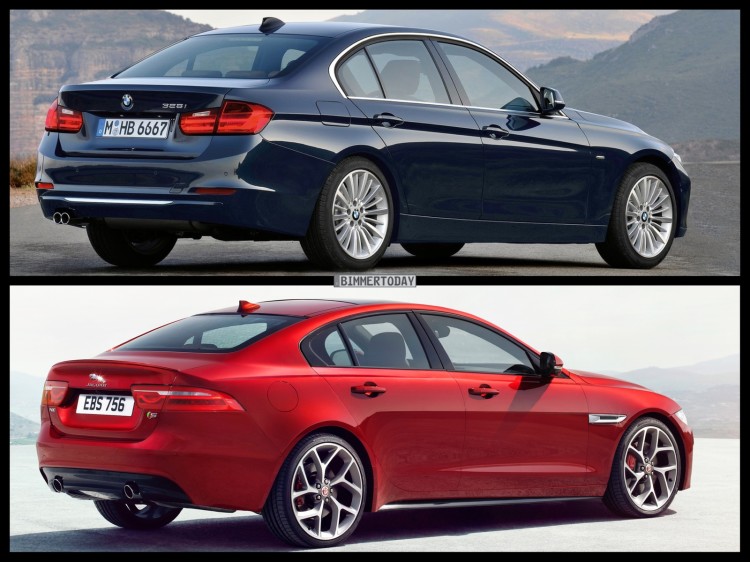 Although the Jaguar XE has 75 percent exceptionally high aluminum content, the weight difference is not significant. The only model that seems to be quite lighter than a 3 Series is the high-end Jaguar XE S, with its 340 hp V6 gasoline engine, which measures 1474 kg compared to the 1585 kg for the BMW 335i.

Pricing is also quite similar. The most economical Jaguar diesel makes 163 horsepower, exactly on par with the BMW 320d EfficientDynamics Edition. The price is is 300 euros in favor of the F30 3 Series. The consumption of the XE diesel is 3.8 liter, slightly lower than the 3 Series, but those figures might change when the 3 Series facelift is being launched.

As far as which car is more visually appealing, we will let you be the judge based on the photos below. 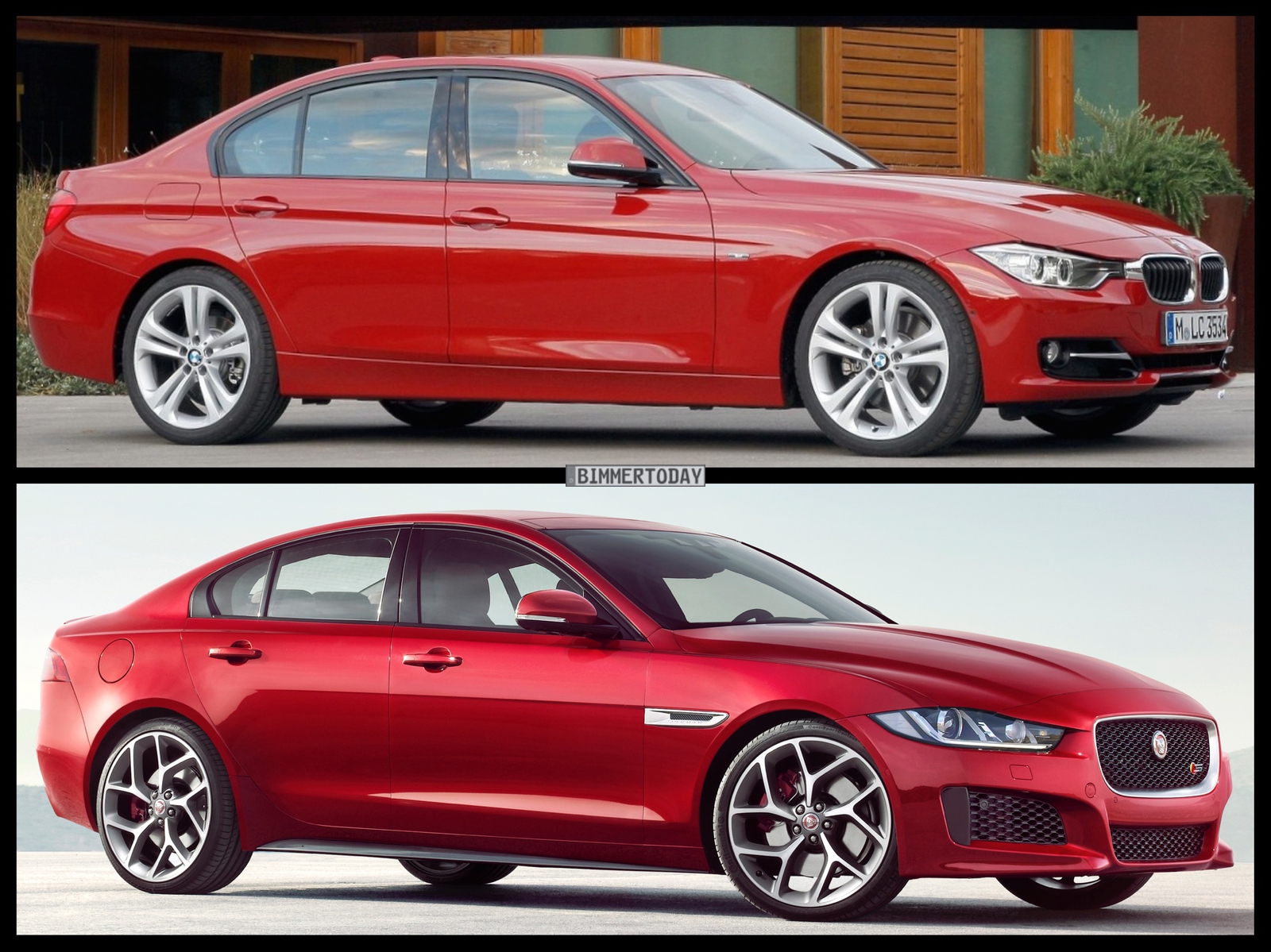 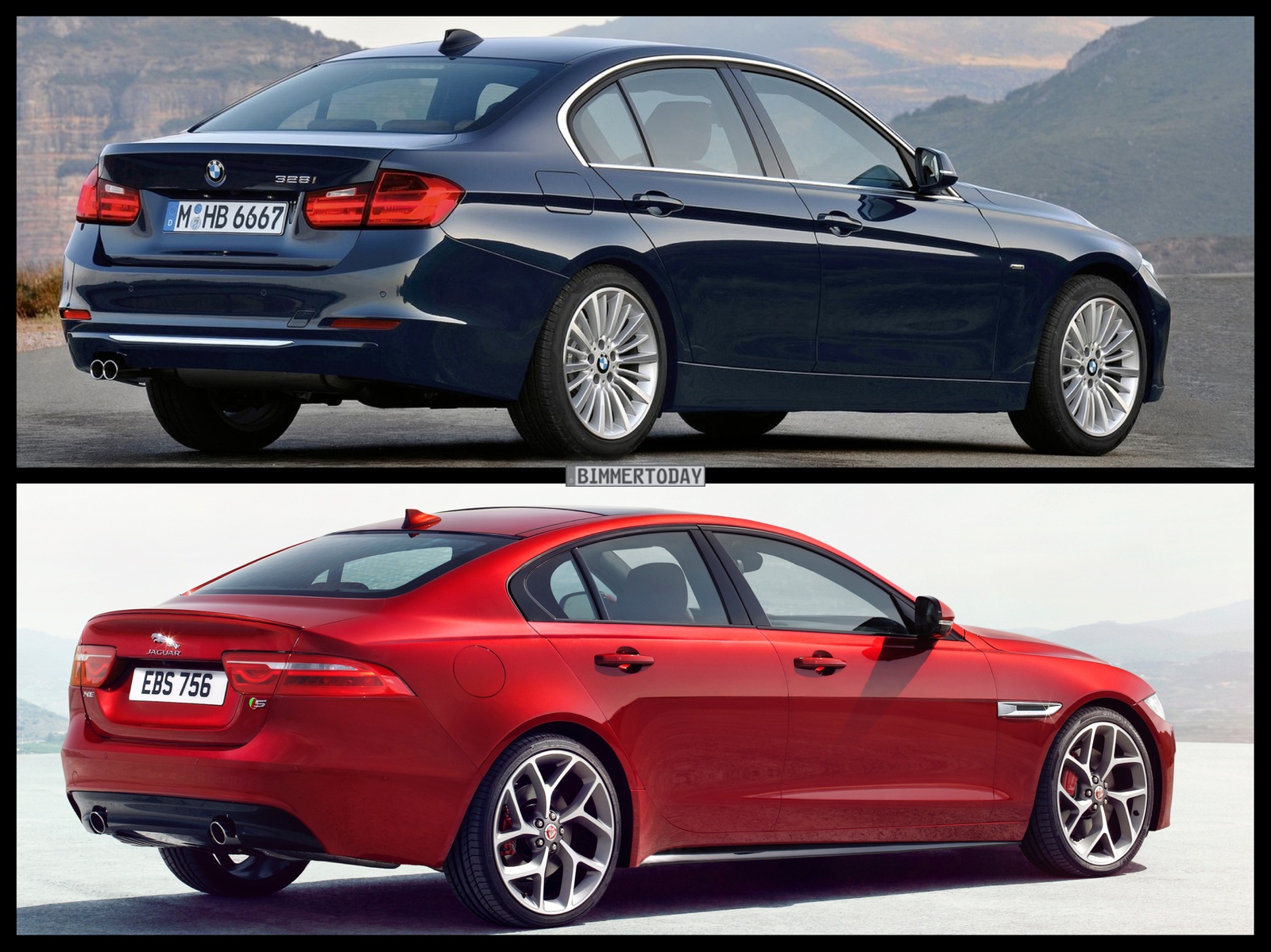 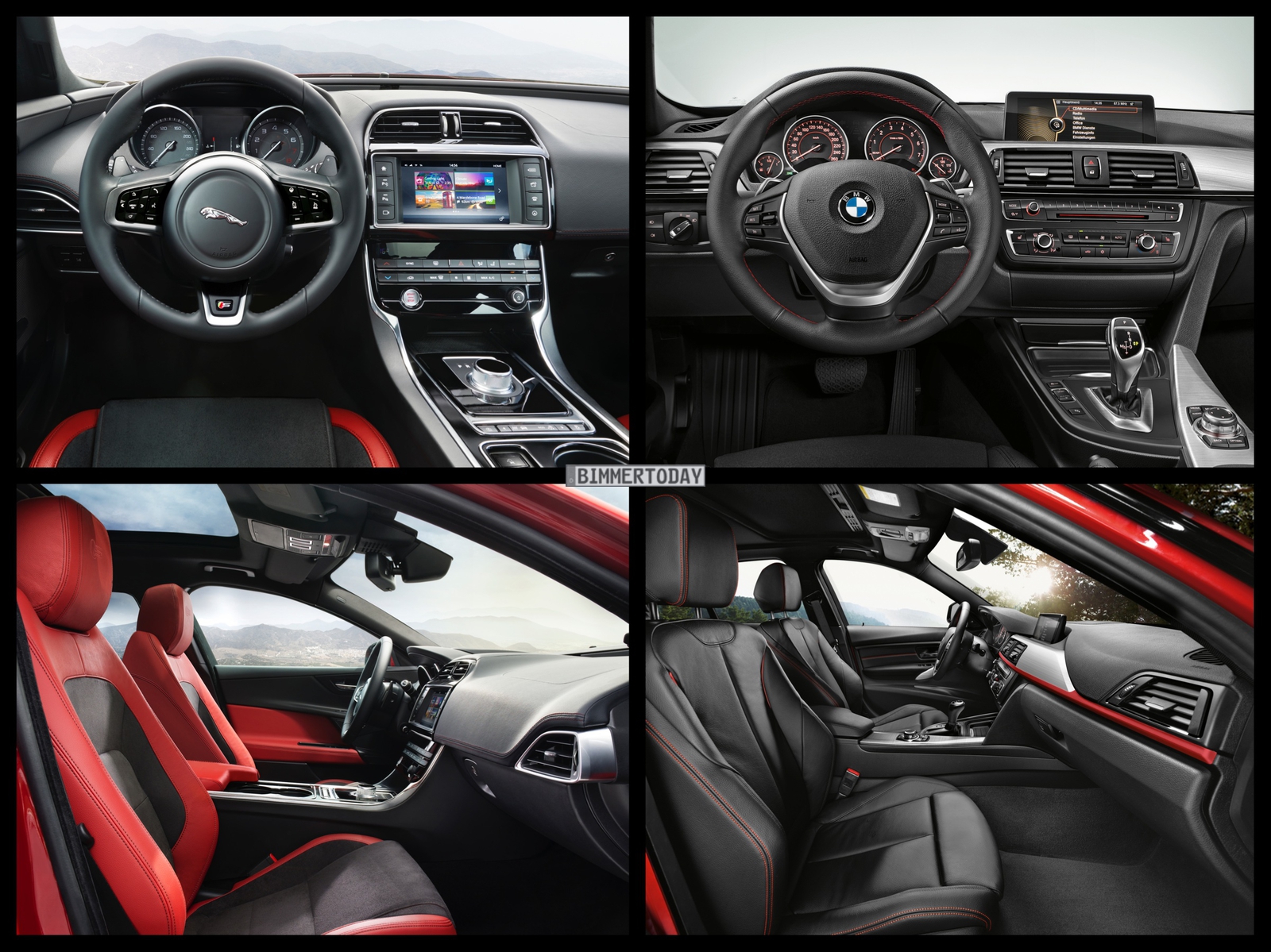