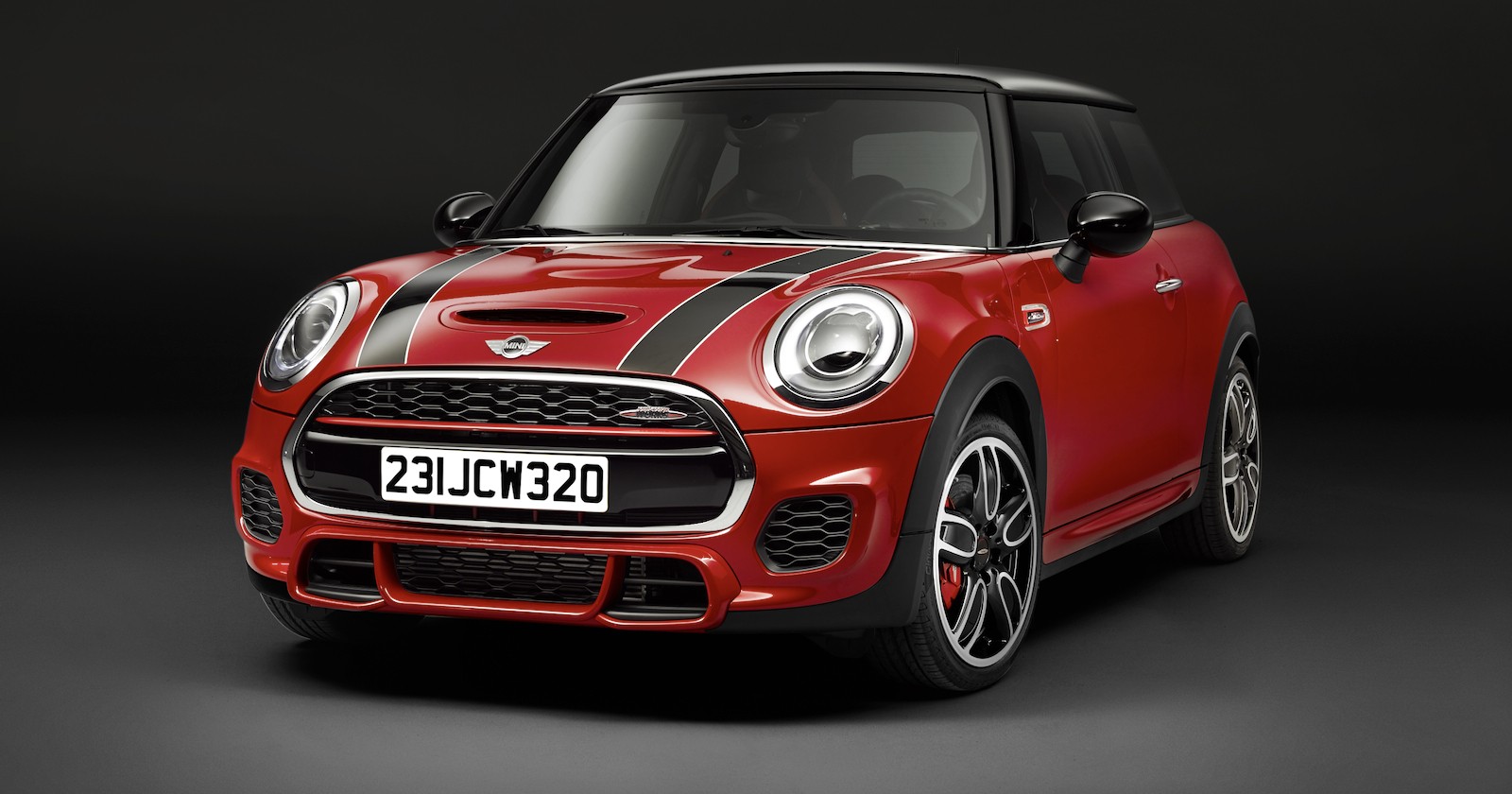 Ahead of its embargoed deadline, the new 2015 MINI JCW breaks cover.

Power is sent to the front wheels via a six-speed manual transmission or an optional six-speed automatic gearbox. The new engine launches the John Cooper Works from 0-100km/h in 6.1 seconds, six-tenths of a second faster than its predecessor. The standard six-speed manual version is 0.2 sec slower. 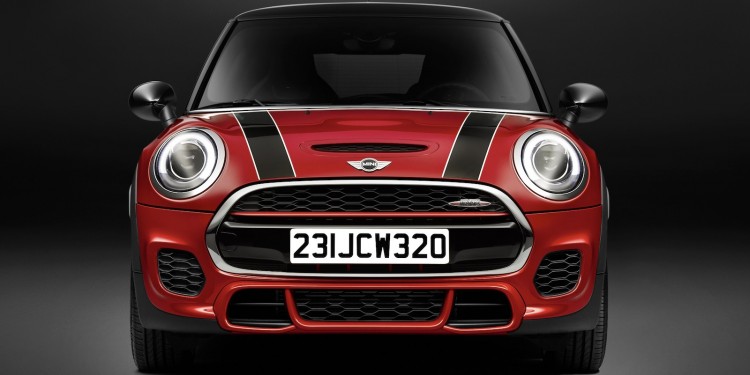 Despite the increased power, the fuel consumption has been improved by 23 percent to 5.7 liters per 100 km with automatic transmission and and 6.7 liter per 100 km with manual.

The single-joint spring strut front and multi-link rear suspension has been tuned and it’s significant improved over the Cooper S model. Adaptive dampers with sport and comfort settings are optional. 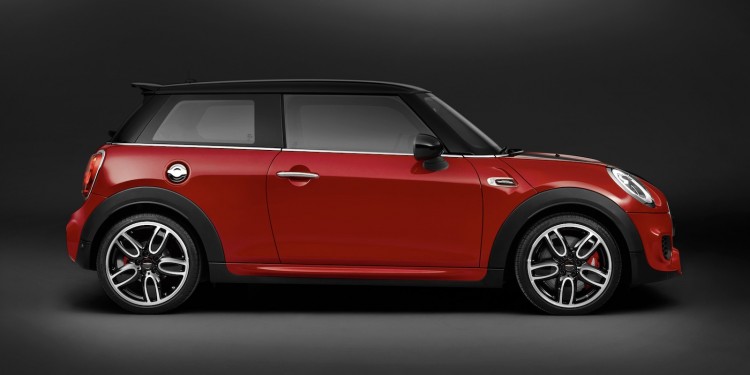 To stop all that power, BMW worked with Brembo to create the brake systems for the JCW. 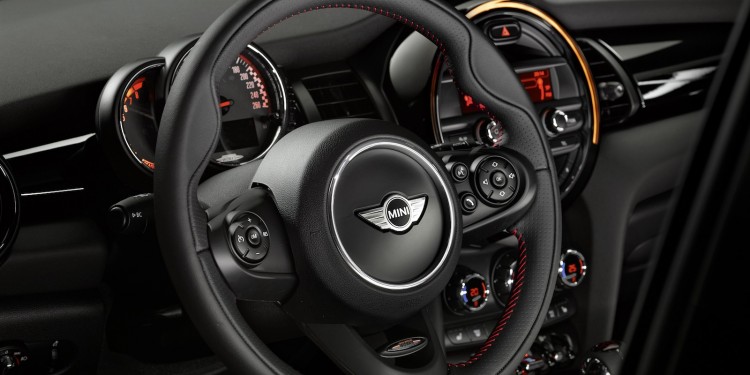 The 2015 MINI JCW will debut at the Detroit Auto Show. 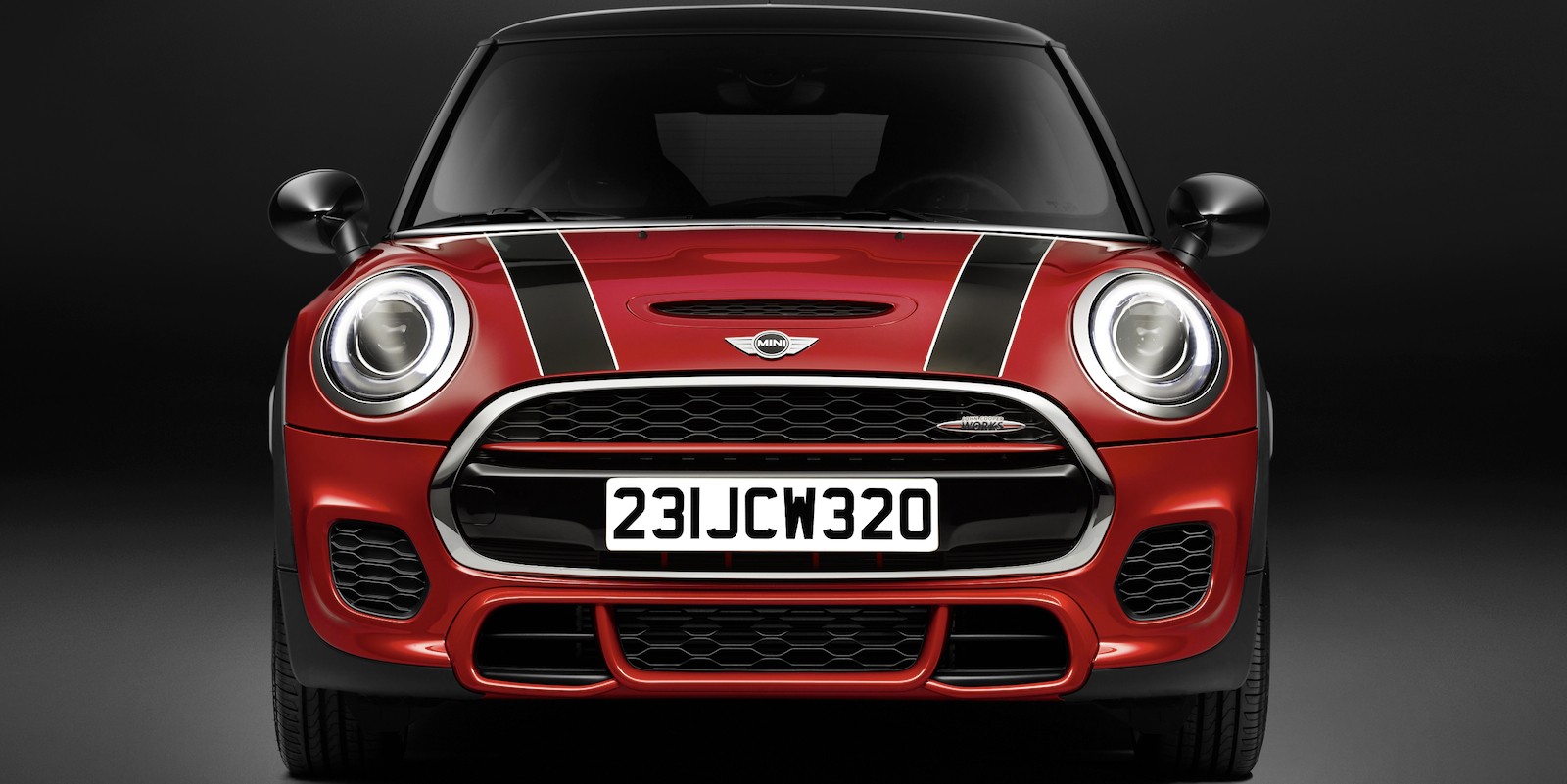 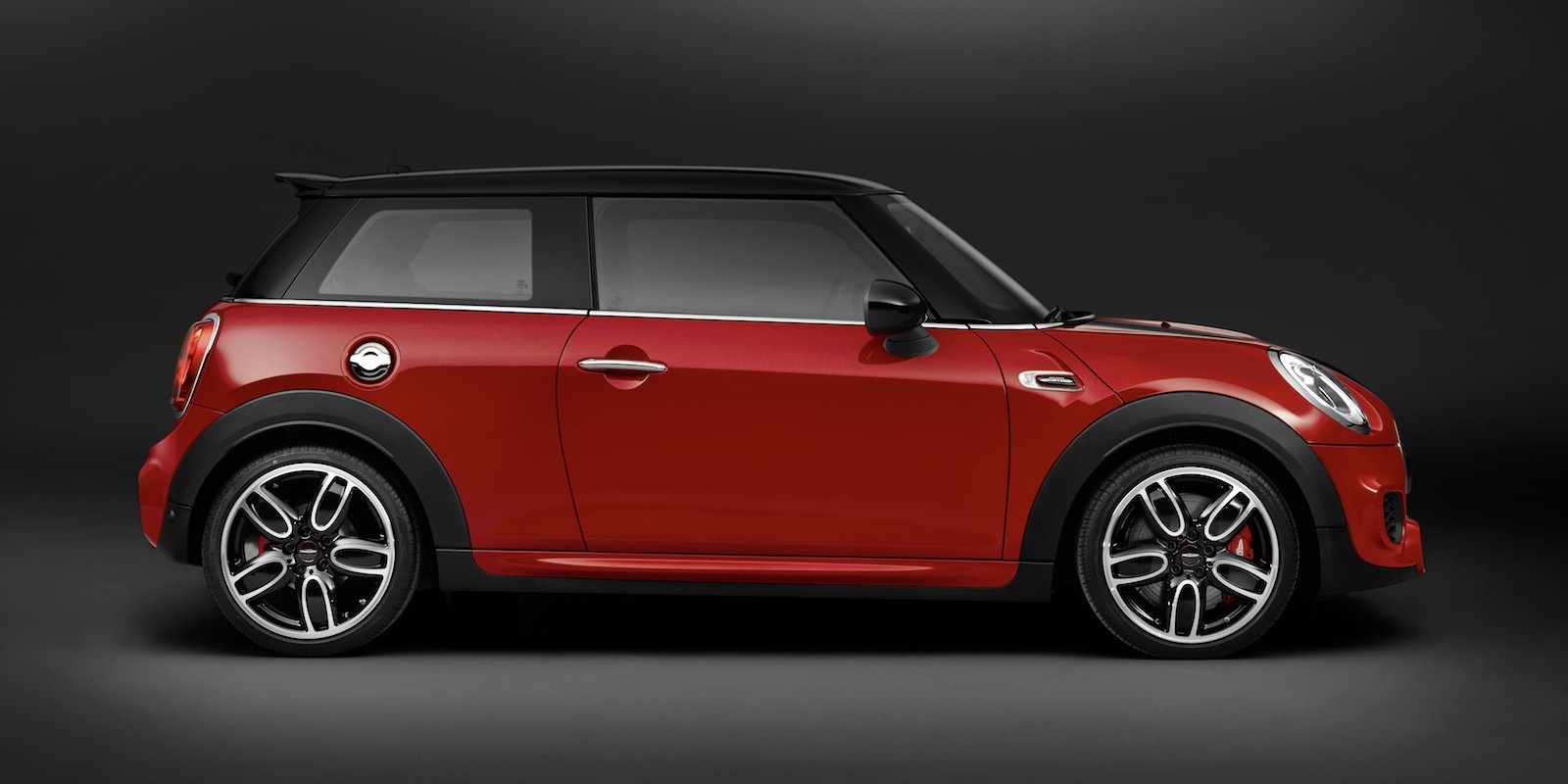 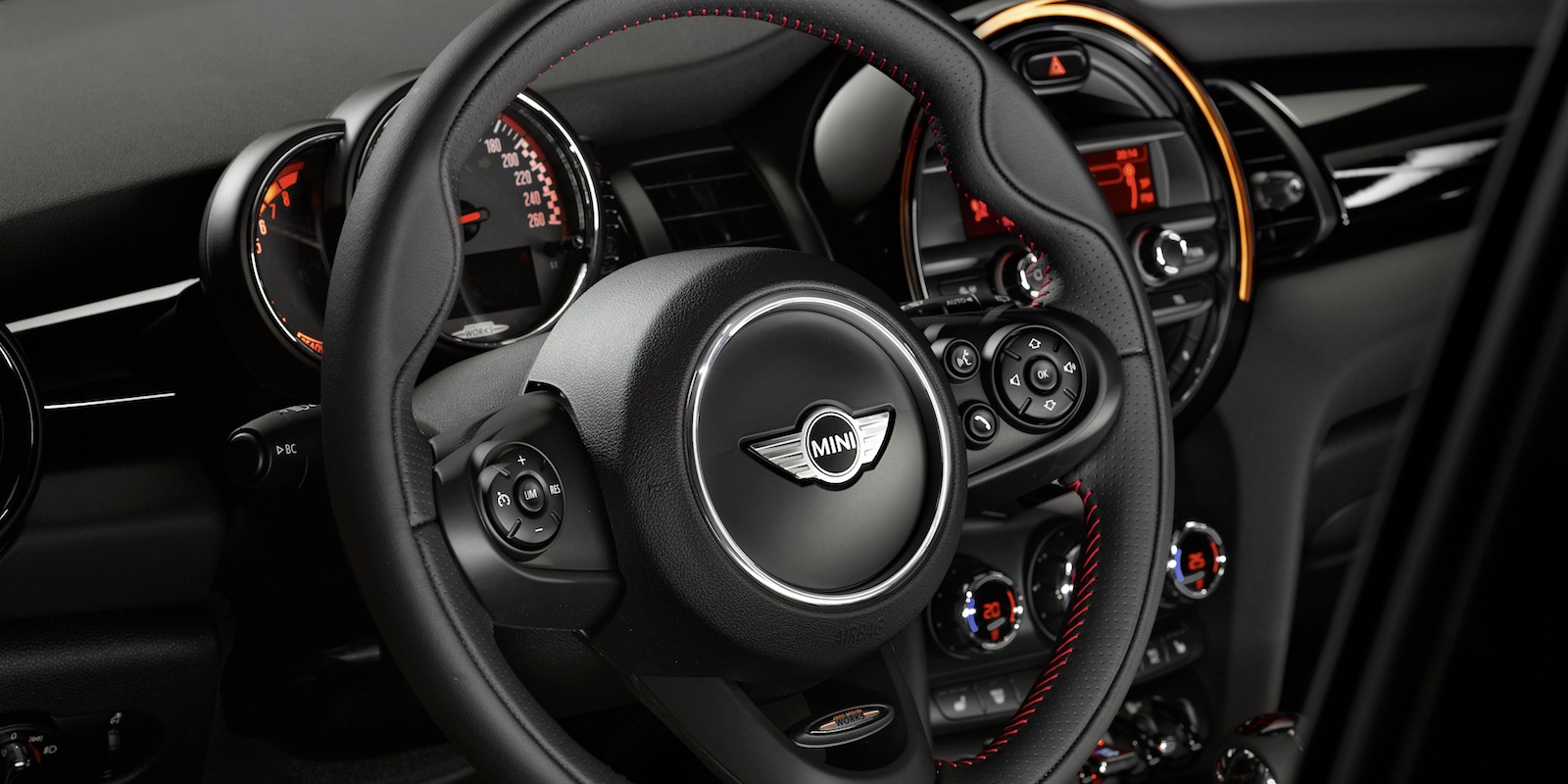 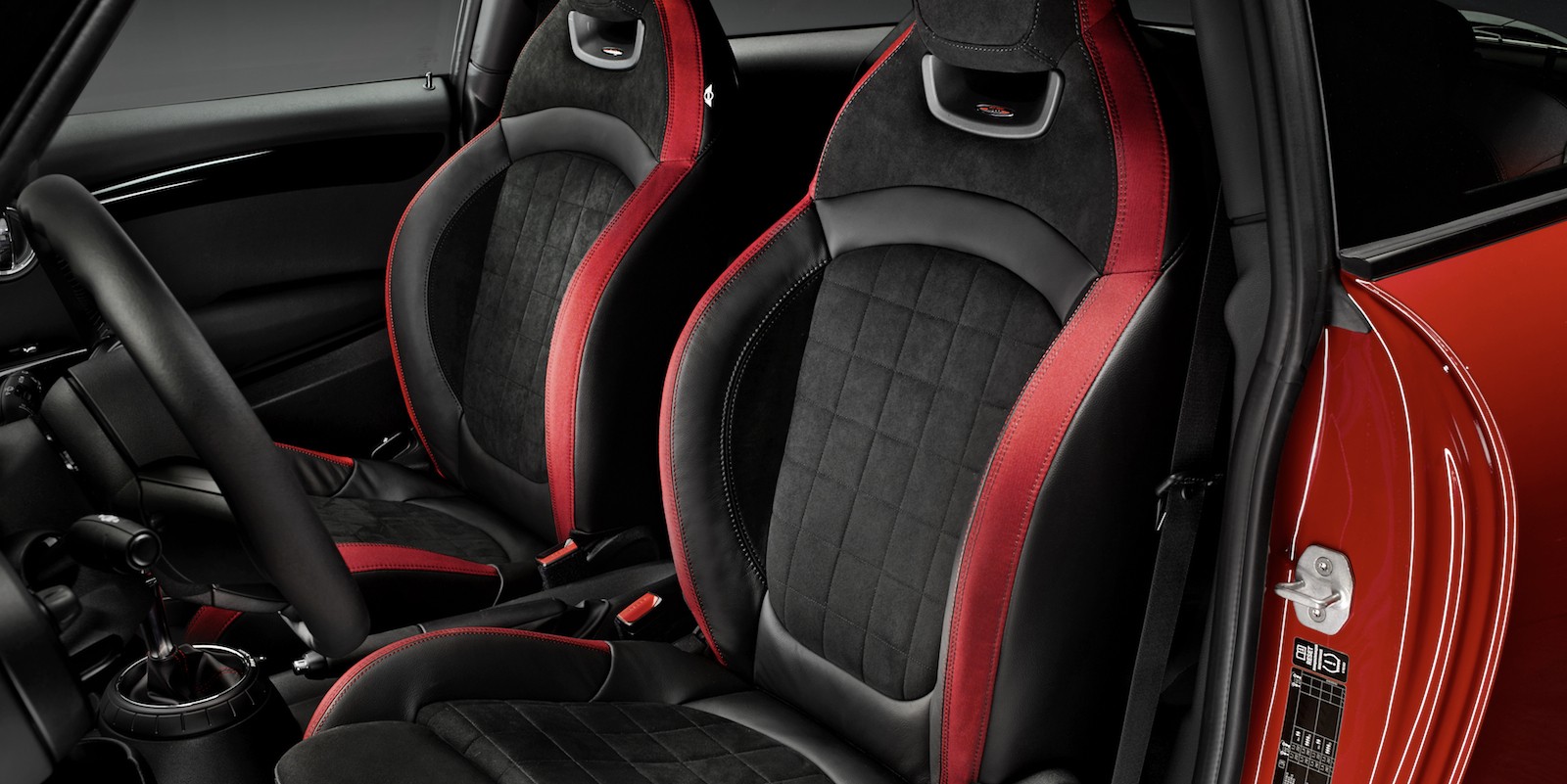