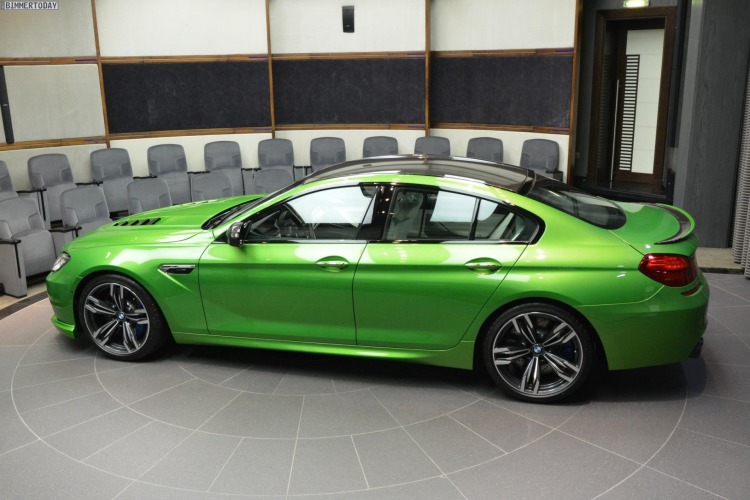 BMW Abu Dhabi Motors is slowly become a source of inspiration for those looking to tune and modify their cars. Almost every week, the Middle East dealership is showcasing a new and exciting modded BMW, and this week makes no exception.

A BMW M6 Gran Coupe gets a special color from the BMW Individual catalog: Java Green. The first Java Green BMW was unveiled in 2011 when the last 1M rolled of the production line in Leipzig and stood out with the striking tone of green. 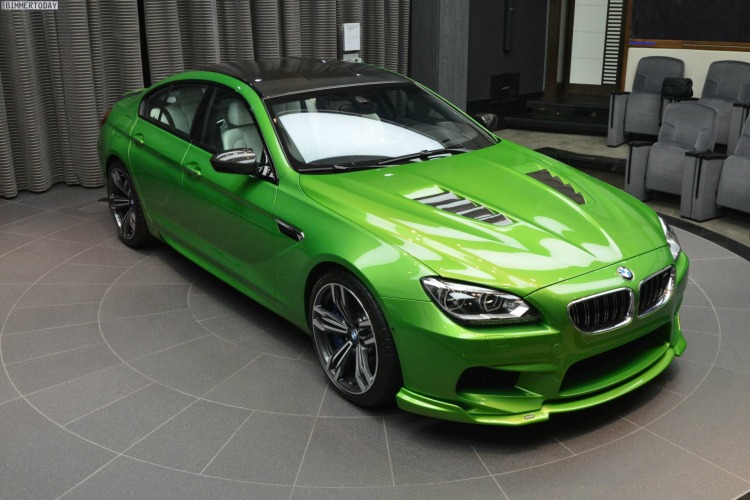 But the BMW dealership hasn’t stopped at just painting the M6 Gran Coupe. They also fitted to the car a series of performance accessories from German tuners Manhart and Kelleners Sport, starting with a modded bonnet featuring carbon fiber vents, then a new front splitter, rear spoiler and diffuser. For the extraverted appearance, a set of carbon fiber mirror caps and a carbon fiber roof were also thrown into the deal.

In the sound department, BMW Abu Dhabi reached out to Akrapovic for their sports exhaust system. 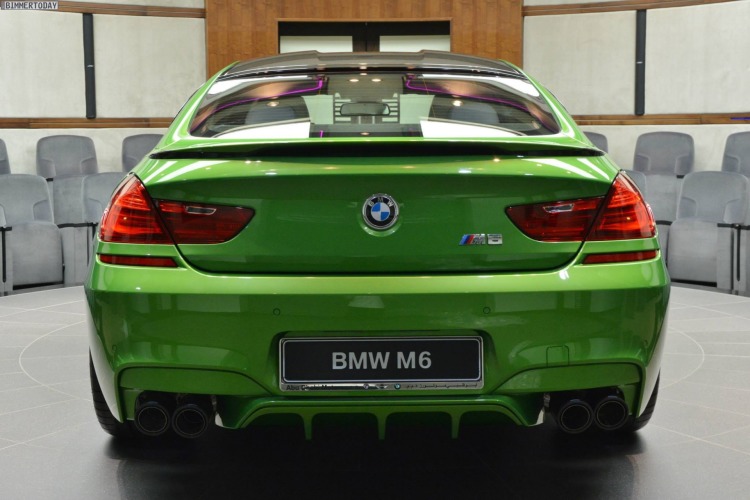 Inside, a BMW M Performance Alcantara steering wheel with racing display is included.

According to BMW Abu Dhabi Motors, the rear wheels are not powered by the standard 560 hp – instead the M6 Gran Coupe is outputting a whopping 765 hp. Who is responsible for the increase in performance and how is this achieved, unfortunately remains in the dark. 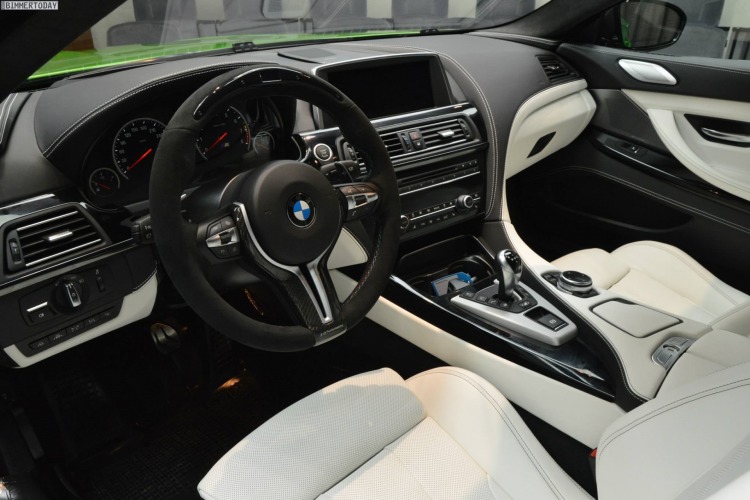