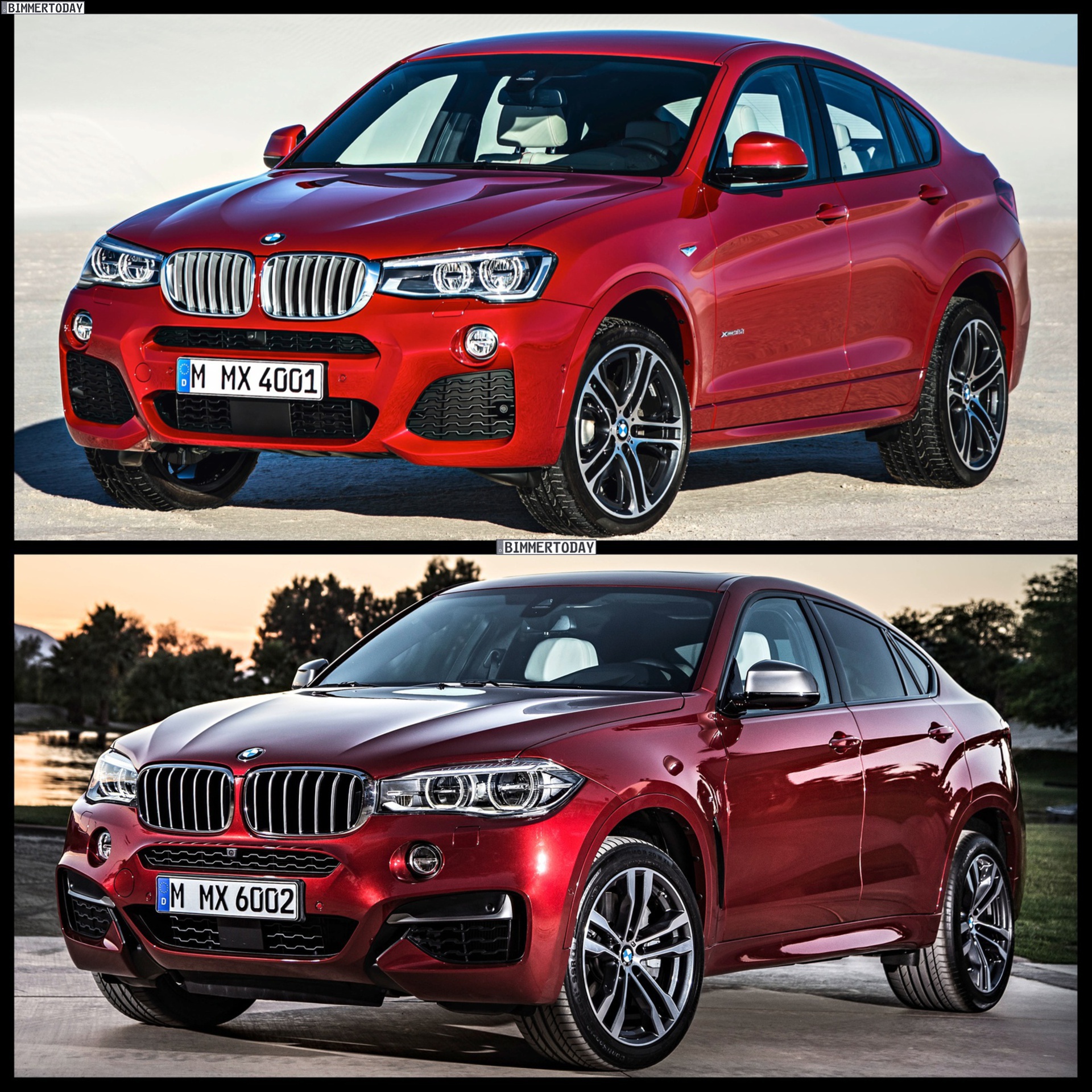 Ever since we laid our eyes on and drove the new 2015 BMW X4, we began to wonder how it would stack up against the second-generation BMW X6 and which one would we buy.

Last week BMW has lifted the veil off  the F16 X6 Sports Activity Coupe and while they are not twins, they certainly resemble each other quite well.

The F26 BMW X4 builds atop the X6 SAC design concept, with similar cues, but playing in a lower league. The differences are highlighted in the size of the two cars, price and of course materials and options.

In comparison, the BMW X4 is 23.8 cm shorter, 10.8 cm narrower and 7.8 cm flatter than the new X6. Our picture comparison of X4 and X6 showcases the two cars from all angles and points out the very similar proportions and also in terms of design, the two SUV-coupe like similarities.

In addition to the obvious roofline, the direct transition from kidney and headlamps, the split side character line with special emphasis on the rear wheels and the quite similar rear design, are hard evidence to their similarity. 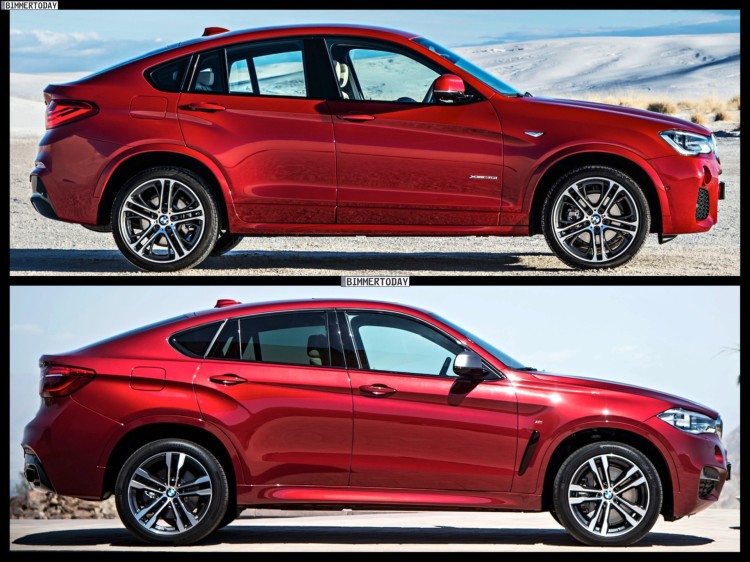 Inside there are a few difference though. The new X4 has a familiar cockpit from the X3, while the F16 X6 stands out with free-standing infotainment display and high-quality two-tone leather interior, considerably more modern and luxurious.

Large differences also exist in the engine range. Three engines (xDrive30d, xDrive35d, xDrive35i) are available for both the X4 and the X6 available, but others are unique to their model. For example the BMW X4 xDrive20d and the X6 xDrive40d, and of course, the high-end X6 xDrive50i and the M-Performance tuned X6 M50d.

While some of us base their decision on the finance part, let’s take a look at some high-level base prices.

Take a look at the photo gallery below and let us know which one you like best. 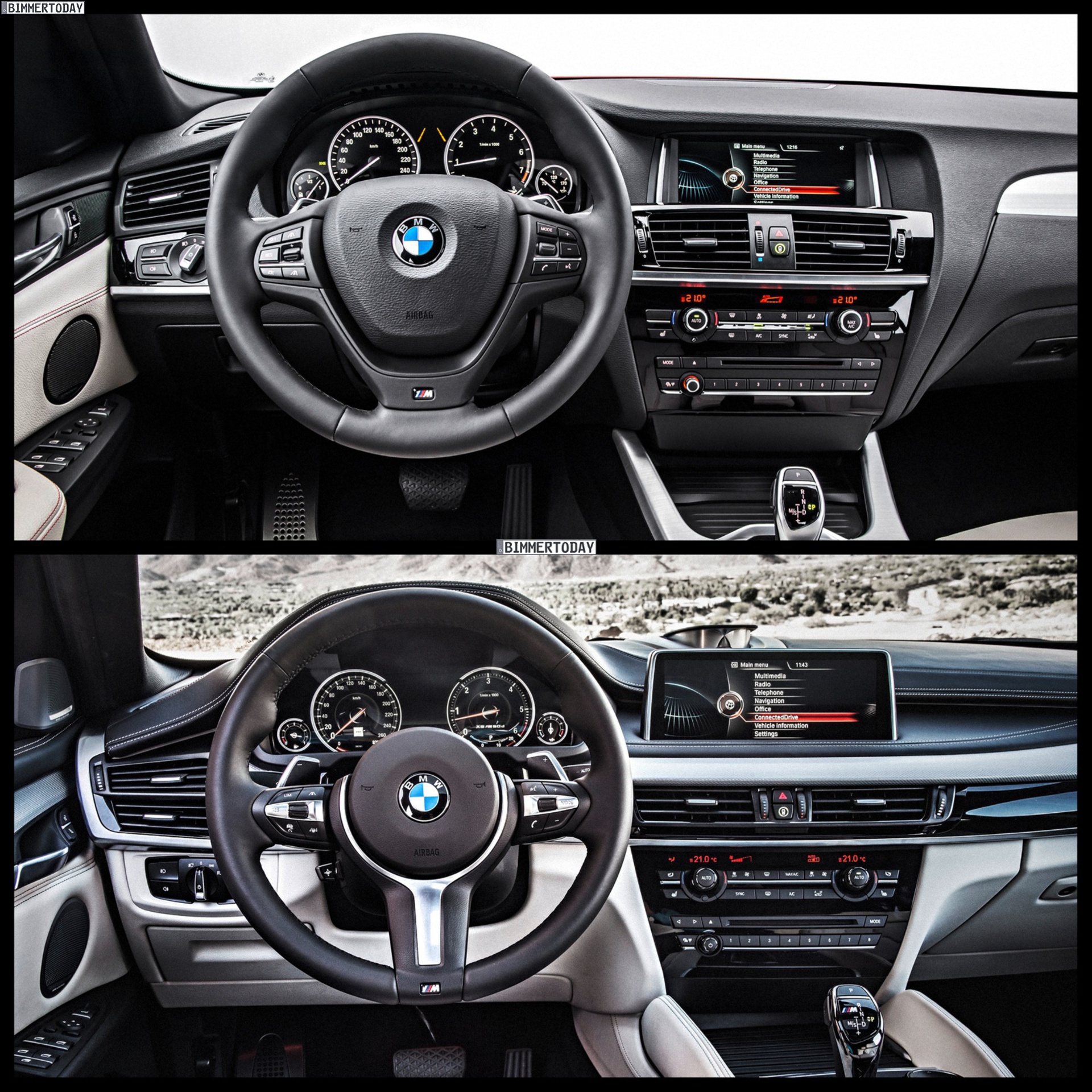 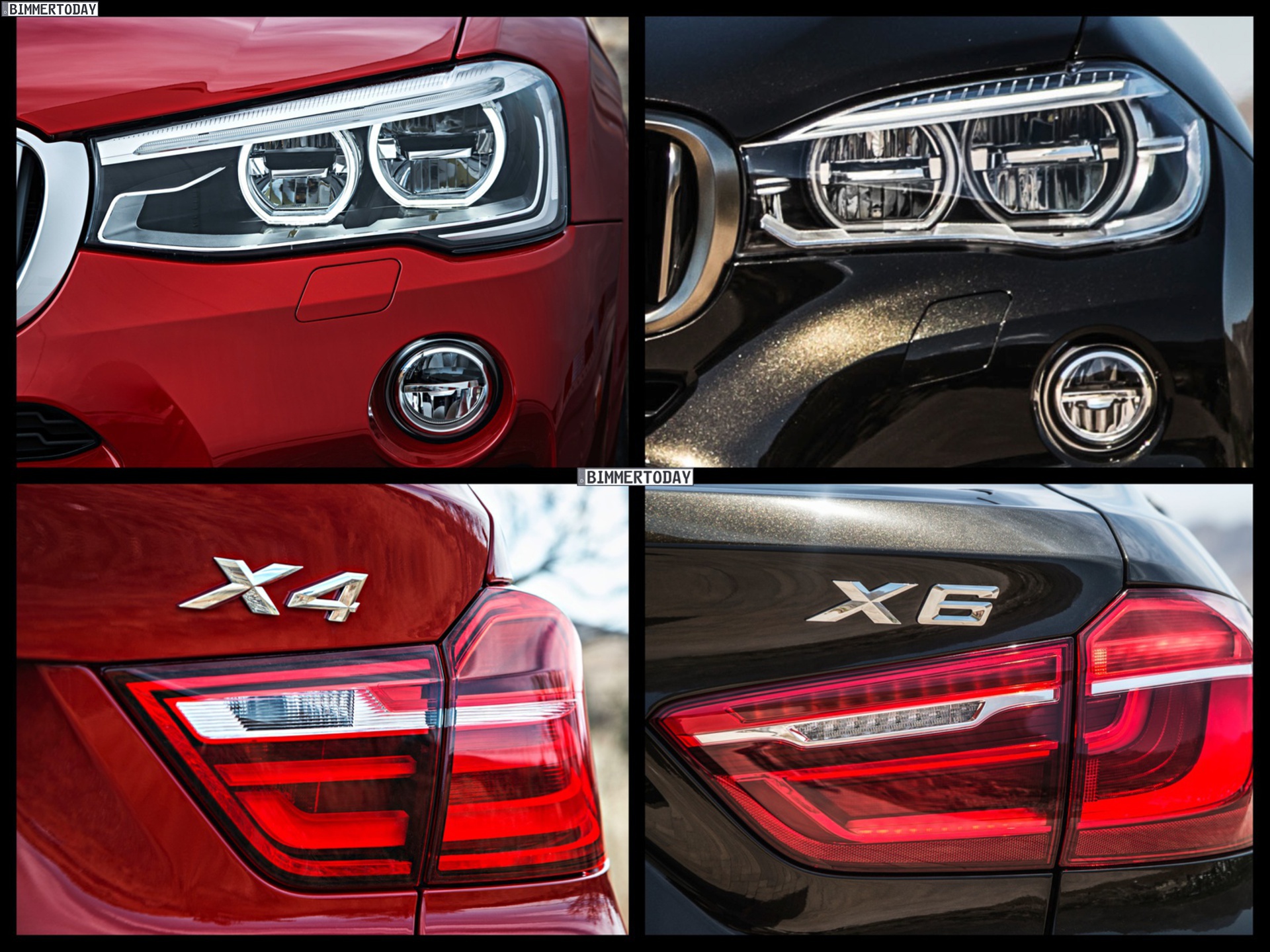 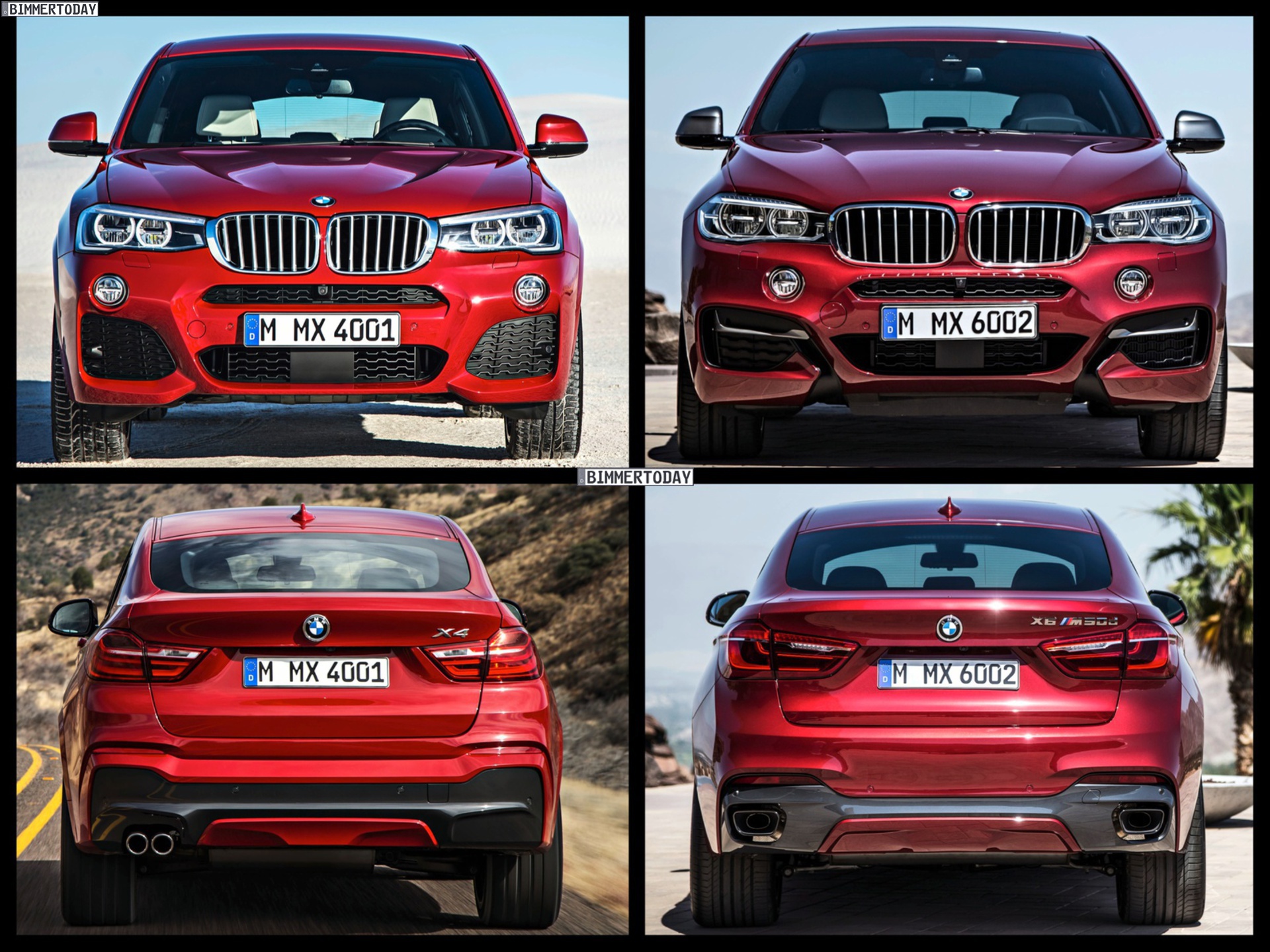 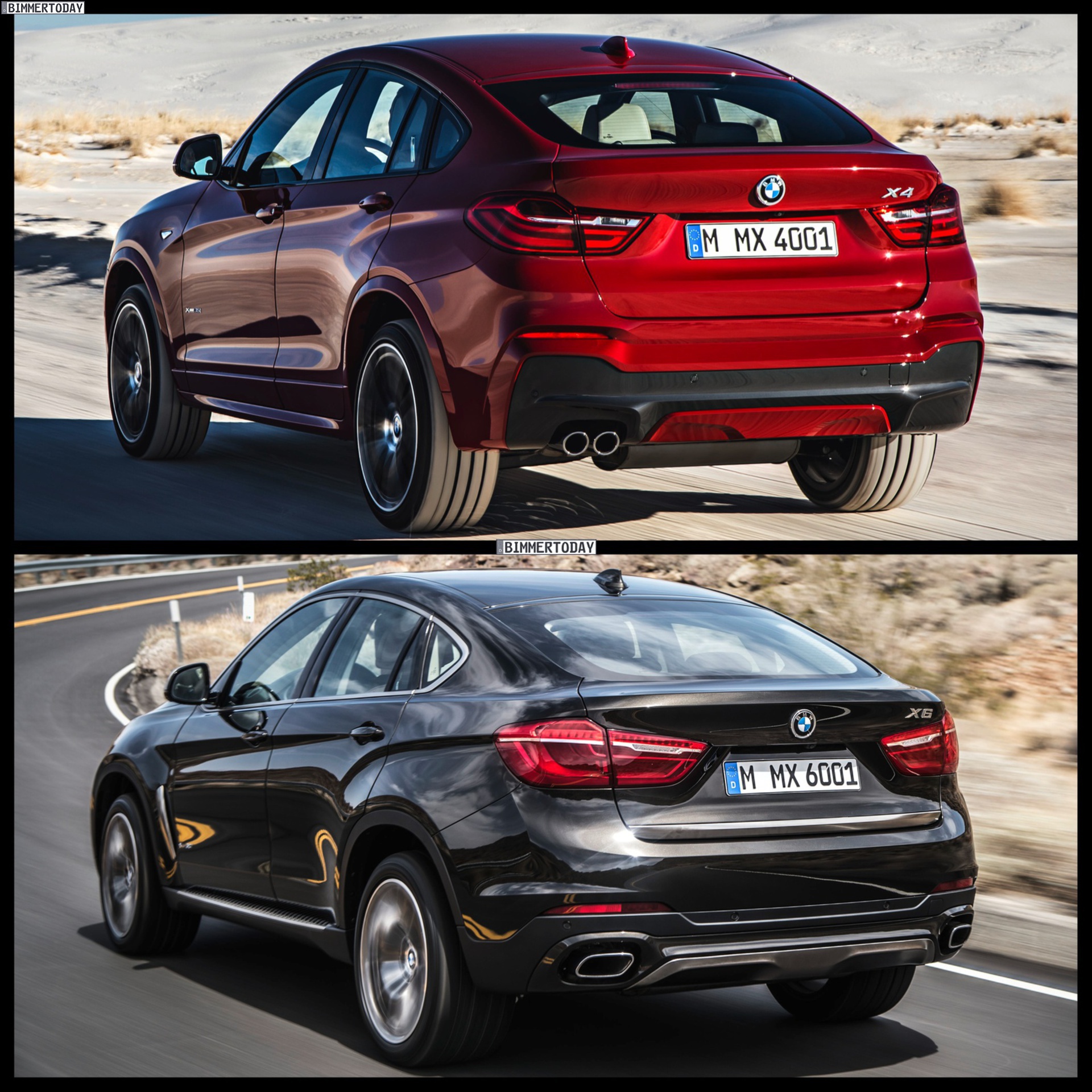 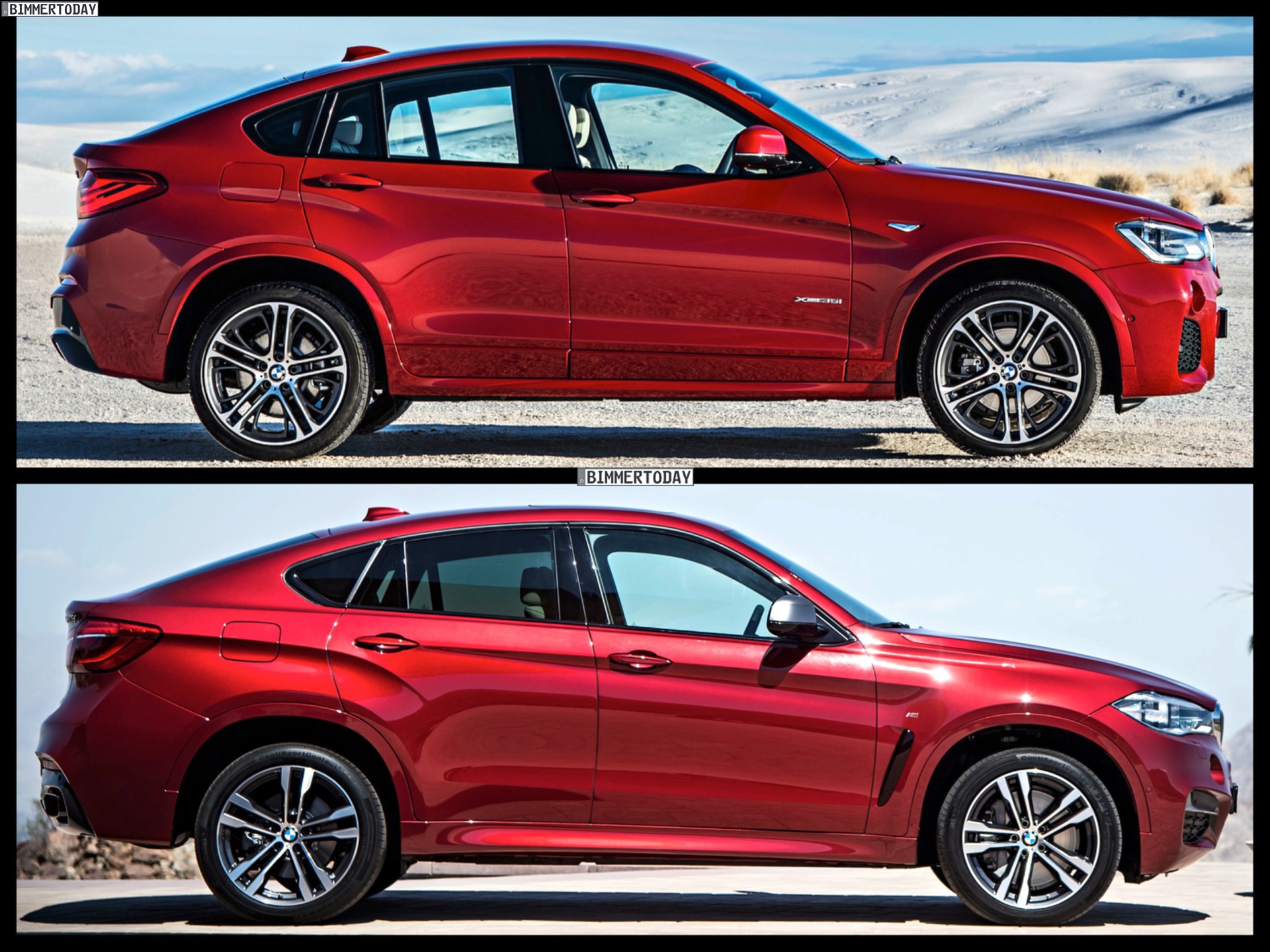