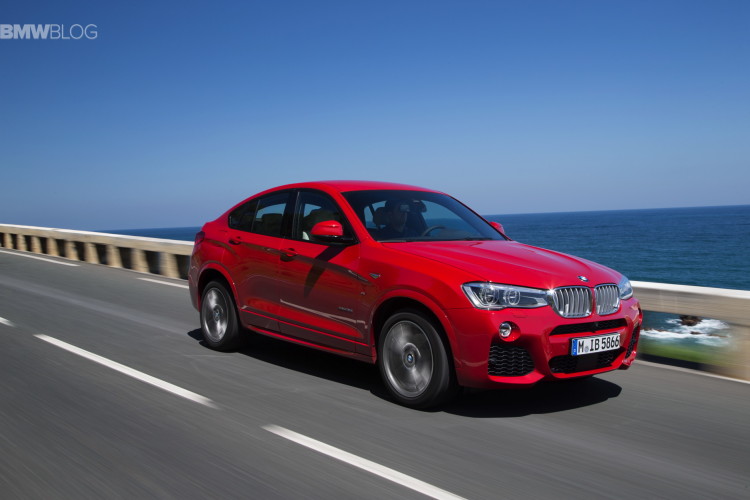 With over 260,000 X6s has already sold, and with a proven platform, X3, BMW aims to fill a niche in the premium segment that will further differentiate them from its competitors.

So we went to Bilbao, Spain, to sample the 2015 BMW X4 xDrive35i, the highest offering in the current X4 lineup, until and if BMW will offer an X4 M. Going in our expectations were fairly low. Plain and simple yours truly expected a similar ride as the F25 BMW X3, with less space, but more looks. 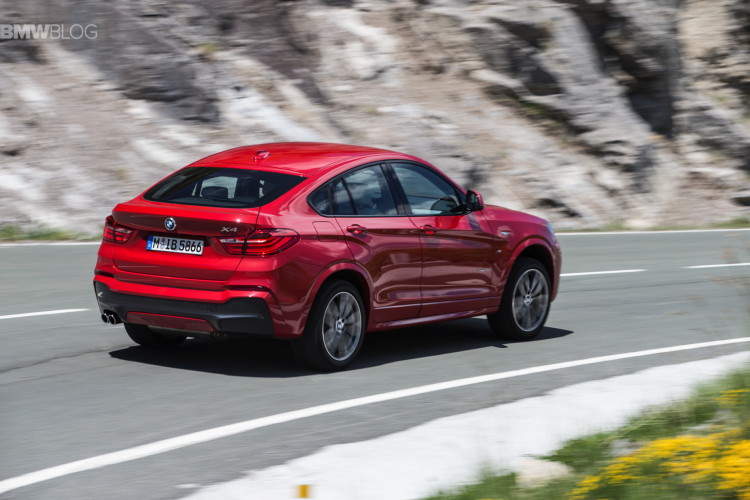 Has the X4 proven us wrong?

COMPARISON WITH THE X3

Let’s start with a few undisputed difference from the X3 is based on, and some background information. BMW X4 is 14mm shorter, at 4671mm, than the X3, despite sharing the same 2810mm wheelbase. The rear track has a width of 1632 mm, enough to give the car that masculine look from behind. It also sits 20 mm lower than the X3, a number that might seem insignificant on paper but noticeable on curvy roads. More on that soon shortly. 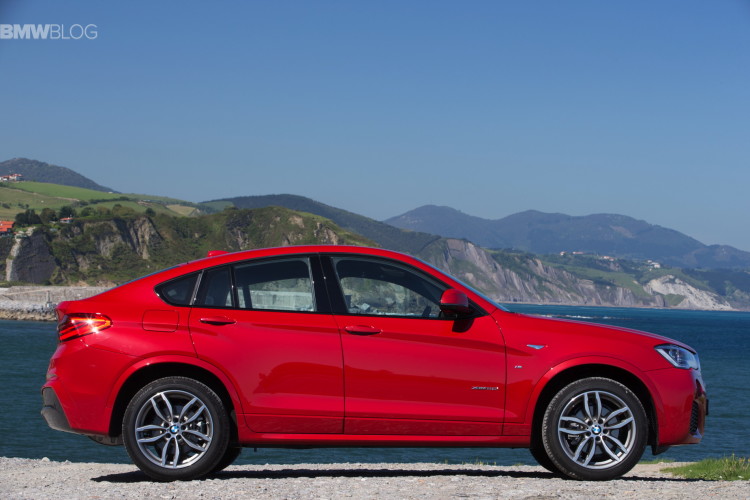 Therefore the X4 is much more than an X3 knock-off with better looks. BMW says that only five percent passengers space is sacrificed in the X4 when compared to the X3. Its body has been tighten up by the BMW engineers and it is and feels stiffer than the midsize Sports Activity Vehicle.  BMW X4 is also fitted with a steel suspension with a five-link rear axle which has been modified to match the character of the car.

Compared to the X3, the front passengers sit lower by 20mm, and the rear passenger by 28mm.

Design wise, the BMW X4 doesn’t necessarily takes your breath away at first sight, but the fine design cues seen across the the car come to show the attention to details that emerge from under the BMW design department. It has an athletic edge without being vulgar and flashy, and it imposes respect when it approaches you. 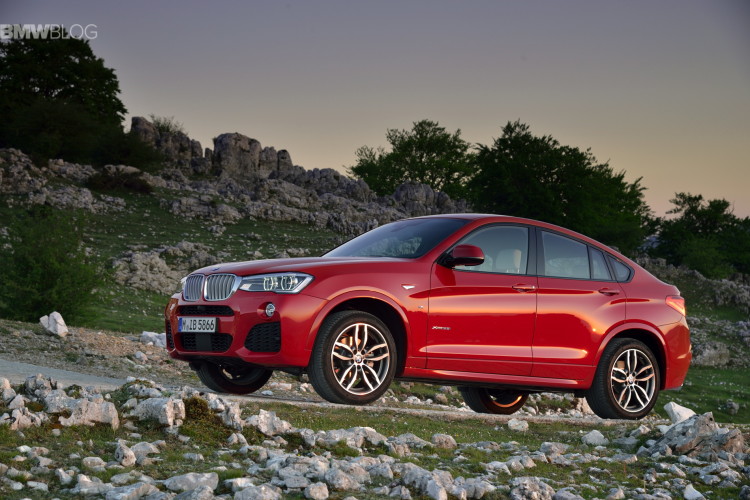 The X4 features a sweeping roofline and coupe-like features that stand out from the A-pillar onward. In the back, it loses the more flat look of the X3 and opts for a small spoiler that not only helps with downforce, but it improves visually the X4.

Inside, the X4 is nearly identical to the X3’s, and offers similar trim and leather options, made out of high-quality materials. The front seats are BMW-like, wrapping around your body and offering plenty of back support even in the most devilish curves. As expected, rear seating suffers a bit from lack of space, considering the smaller dimensions and the sweeping roof, reduced leg support was not a surprise to anyone. BMW says the X4 is a car for five people, but four is more what they aim to comfortably carry them around. 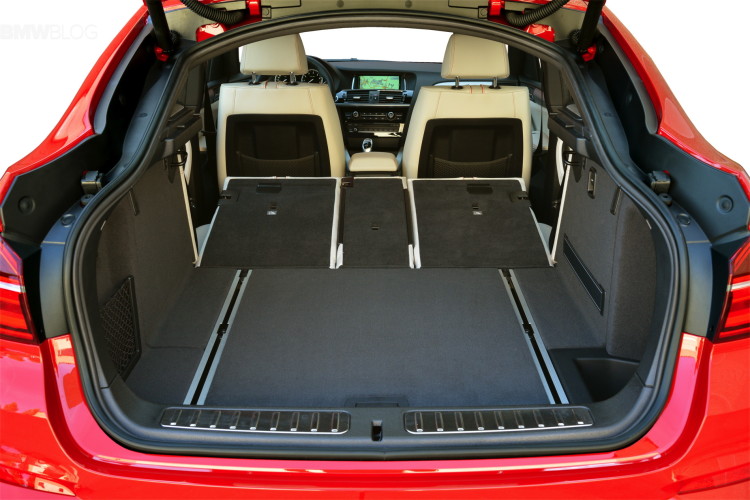 There’s a more than decent trunk capacity as well, including 500 liters of capacity when the 40:20:40 rear seat is in its normal position and 1400 liters when it is down flat.

The M Sport Package that was fitted to the X4 xDrive35i is exactly what we have seen in the past on other models: large air intakes, more aggressive and massive look, and a well worth it extra expense. 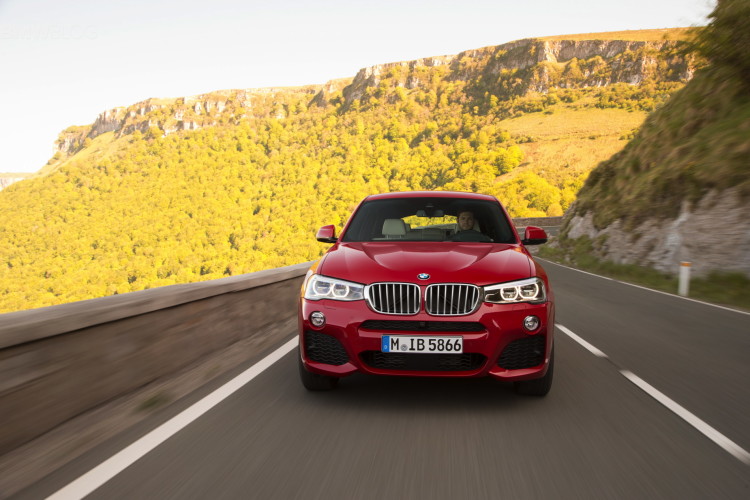 HOW DOES IT DRIVE?

After a day with the new BMW 428i Gran Coupe model, the X4 was a nice switch from the low seating 4 Series model and again the expectations were more aligned with the X3’s drive and feel. But the 2015 BMW X4 xDrive35i manages to prove us wrong. Due to the body stiffness and the “Performance Control” feature which distributes power seamlessly between the rear wheels, the X4 began early on in our 350 km trip to impress us. 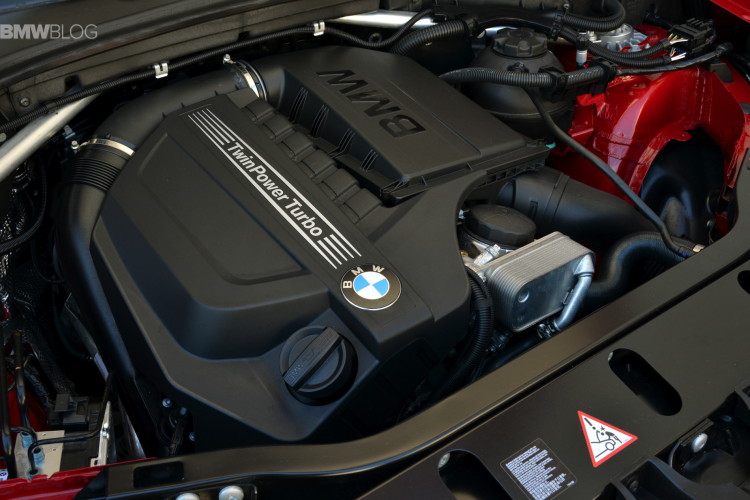 As always, we kick off the drive in Comfort mode, a driving setting that is meant to cater to the less spirited drivers. The X4’s chassis behave as expected, less firm and more accommodating, perfect for a calm cruise on straight roads or curvy back roads. 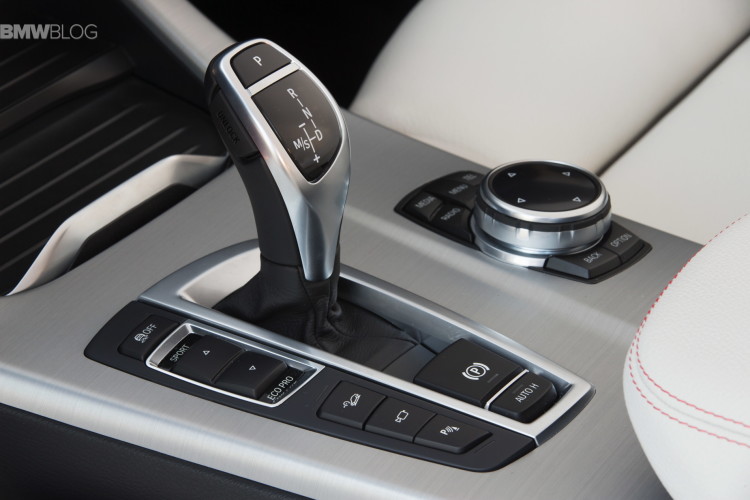 But to really see what the X4 is made of, Sport or Sport+ is the world where you want to live in. A couple of touches on the button and we can instantly feel the steering become stiffer, the body flexes its muscles and the engine roar is louder.

Now we are ready to conquer the amazing roads around Bilbao, with the most corners we have seen in a while and virtually no traffic at all. One couldn’t ask for a better scenario.

Moving over to M mode by taping the ZF 8-speed transmission, we are taking over the shifting by using the often praised steering wheel-mounted paddles. Up and down shifting warms up the “boxer” a bit getting it ready for our first 180 km of spirited driving. And by saying this we are really downplaying what the “baby-SAC” went through. Think along the lines of Chris Harris’ famous: NO DRIFTING! 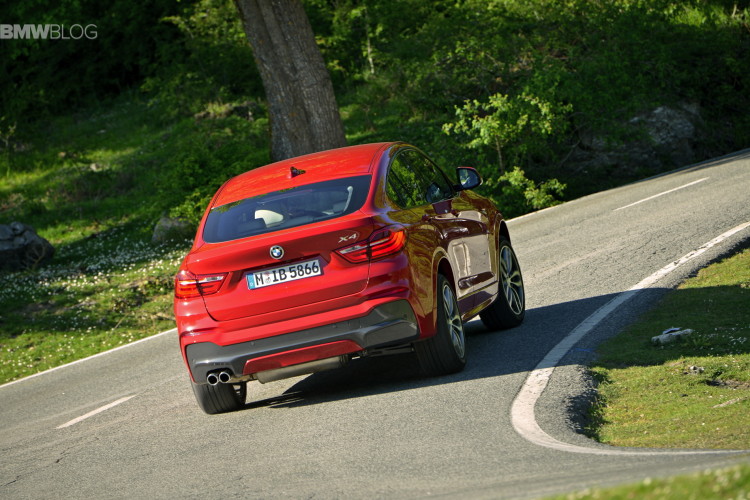 Did we forgot to say how much we loved the thick-rimmed and heavy steering wheel?

BMW has come a long way with their electromechanical power-steering system, and it is as good as it can get right now. It is precise, responsive and progressive, and any driver can only fall in love with those three characteristics.

Thanks to the M Sport Package, we ran on 19-inch wheels, complete with 275/40 R19 rear tires and 245/45 R19 fronts. This setup gave us the confidence on the road, and the fairly heavy and chunky X4 (1815 kgs plus and minus some due to the options) handled better than the 4 Series Gran Coupe we sampled the day before. Shocking in a way, but the X4 has more verve and less body roll, while sitting taller. 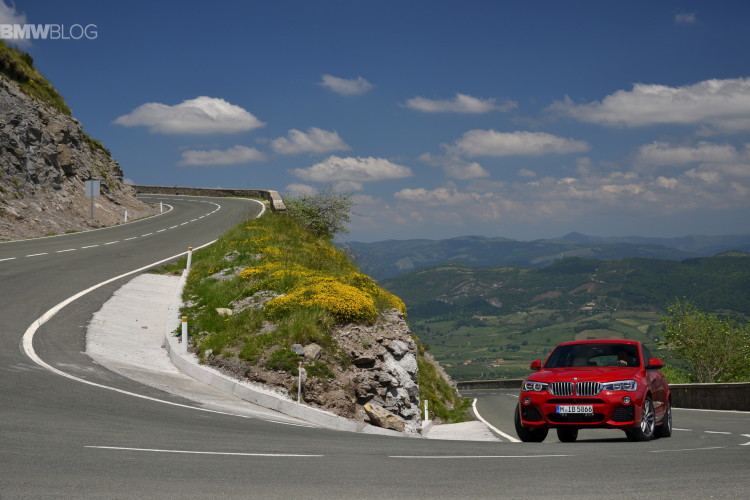 In a nutshell, BMW X4 handled everything we threw at it, from tight corners to back-to-back twisties, to long straights, sudden direction changes and heavy braking, the X4 delivered effortlessly the maneuverability of a compact car.

The handling package is sharp, barely any body roll, and we wonder how the Porsche Macan would stack up against it.

180 kilometers later, 20 liter per 100 km, and we were sold on it. The BMW X4 might become more than just a niche player for Munich and actually surpass the sales of the X6. 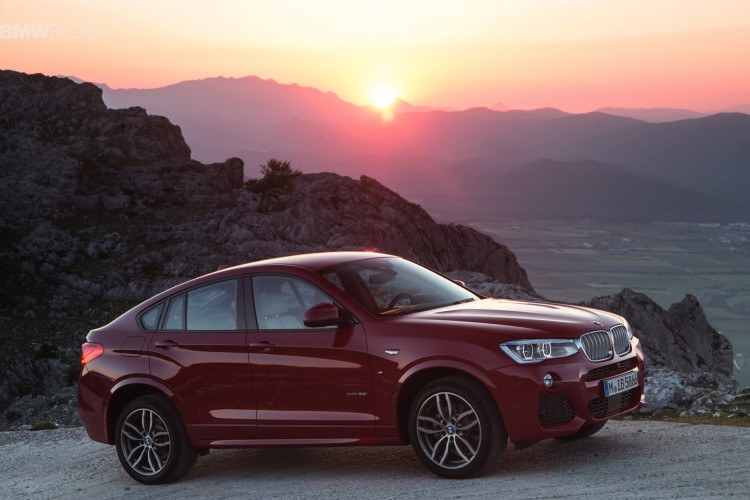 SHOULD I BUY THIS CAR?

Porsche Macan, Range Rover Evoque and Acura RDX are the current players in this segment. All of those three cars have something going for them, so the choice can be tough, but the 2015 BMW X4 deserves more than just a first look. Jump behind the wheel, tell your sales person to buckle up and go for a longer ride, in the end, he or she might not even have to do the sale, the car will do it by itself.

BMW X4 comes with three configurations, base, xLine and M Sport. In the U.S., the entry level BMW X4 xDrive28i starts at $44,700 and the xDrive35i sells for $48,000. In Europe customers have more options, including four and six-cylinder diesels.