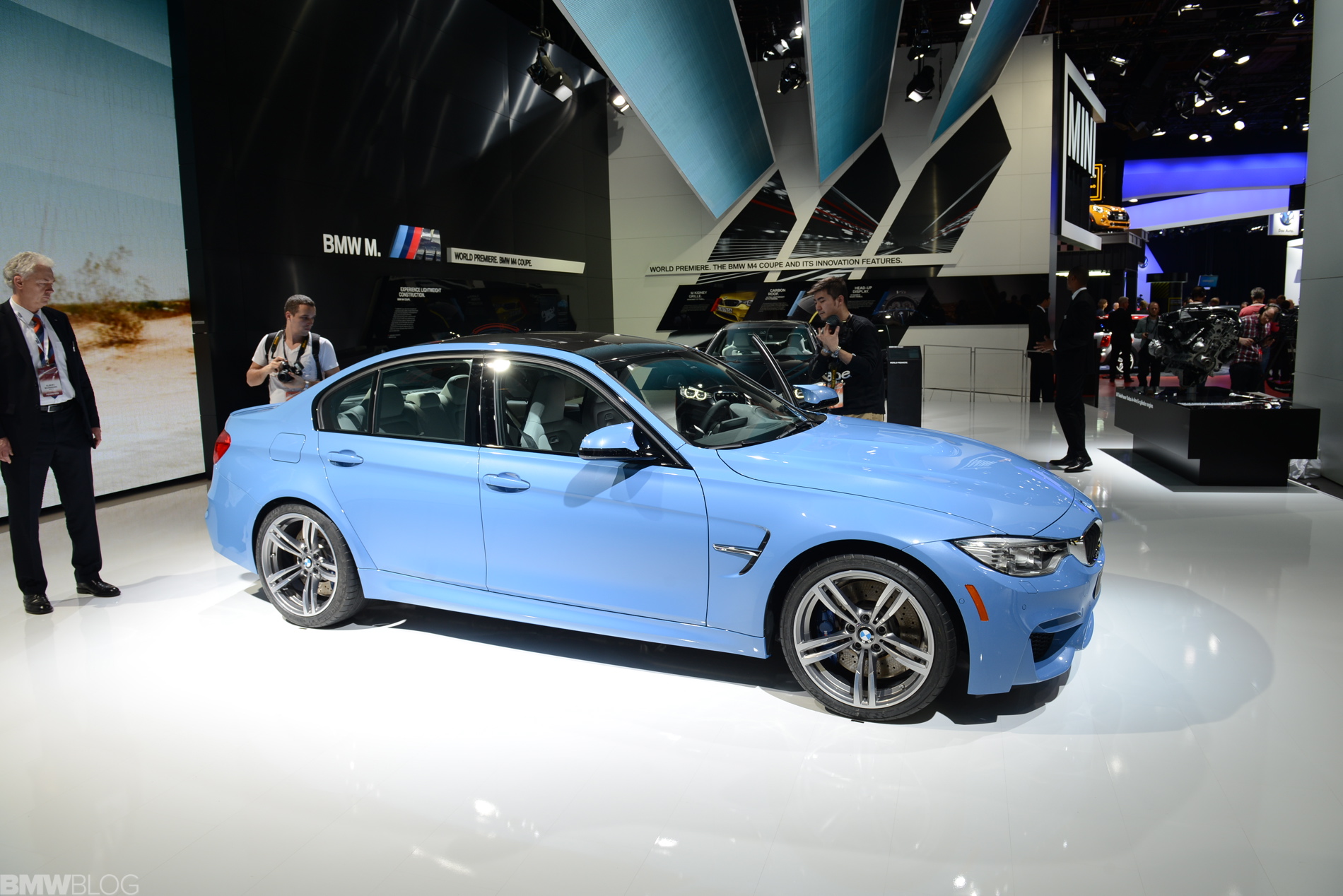 In July, the BMW M Performance School in South Carolina will take in the first BMW M3 and M4 models which will be used for their weekly driving programs. To familiarize themselves with the new products, the driving instructors at the BMW M school are playing around these days with a pre-production Yas Marina Blue F80 M3.

The local spy photographer, and in this case videographer, Palbay spied one of the M3 models while leaving a parking lot. The short clip gives us a decent audio of the car’s exhaust note and start-up sound. 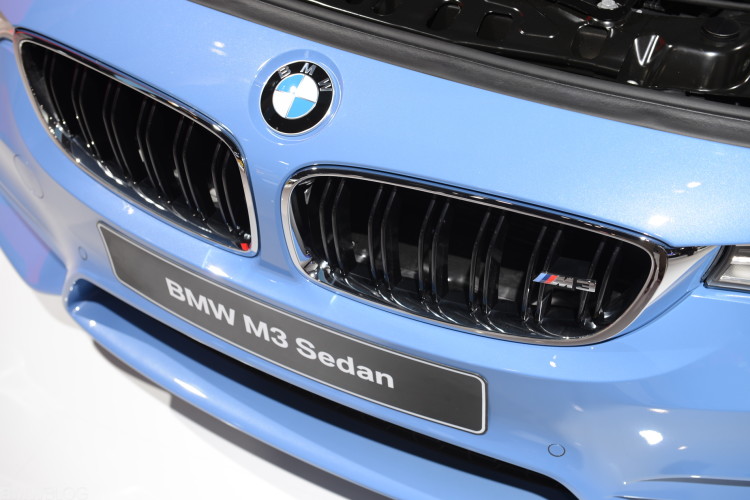 The new engine in the M3 and M4 (S55 3.0 liter turbo) sees a slight power upgrade over the previous V8. BMW has reverted to an inline six cylinder for the new M3 and M4. But unlike the S54 in the E46 M3, the new S55 is turbocharged. Based on the N55 six cylinder, the S55 utilizes VANOS and Valvetronic as well as gasoline direct injection in the cylinder heads.

The S55 is set to deliver 431 HP and 406 lb-ft of torque. To ensure that nothing untoward happens on the bottom end the S55 employs a forged steel crankshaft. The torque developed by the S55 is fully available from 1,850 to 5,500 RPM which leads one to believe that the turbos selected for use on the S55 are slightly larger than the ones employed on the N54 motor of yore.