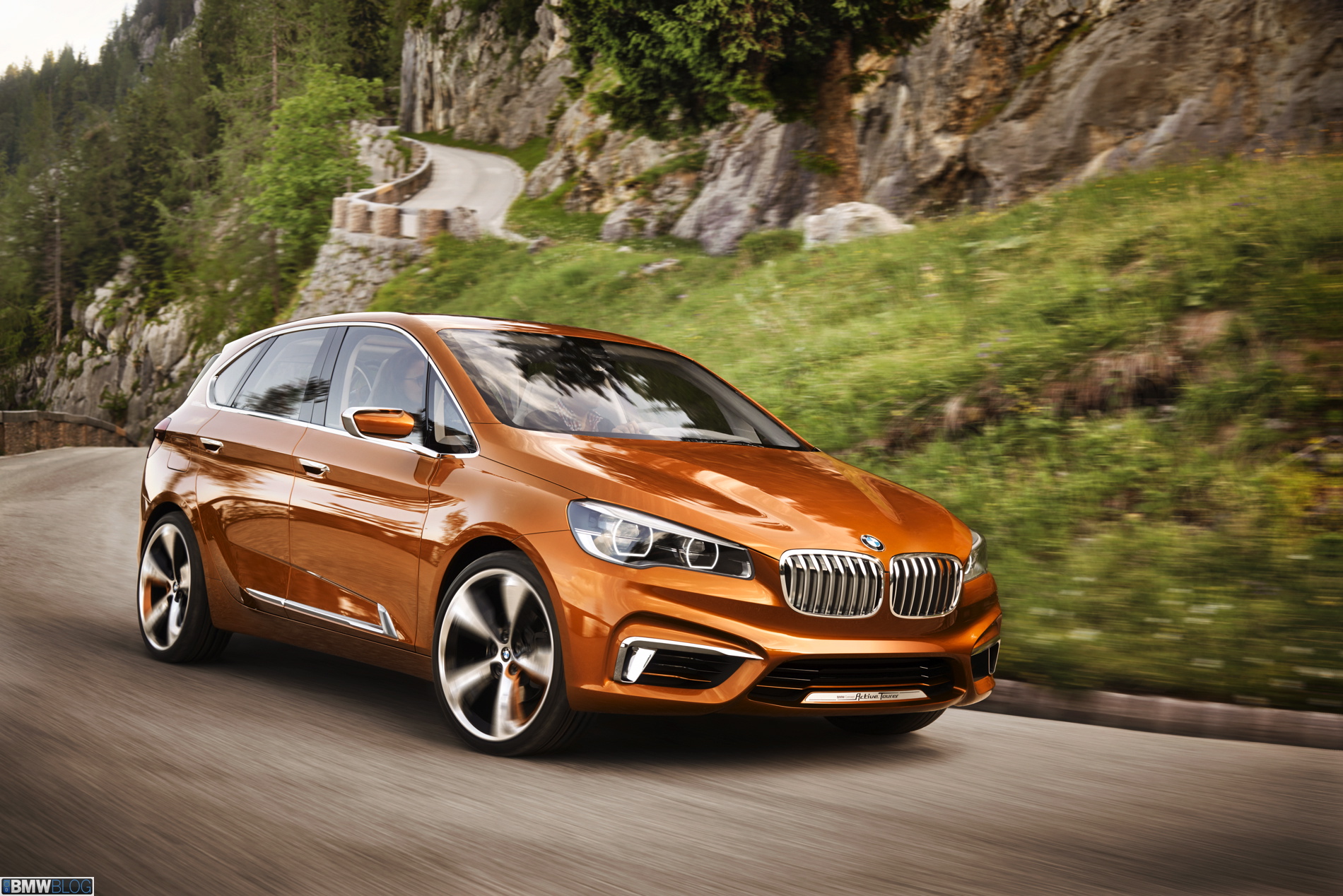 The upcoming BMW 2 Series Active Tourer was spotted fully unveiled during an official video shoot. The new MINI, revealed last month, will be the first model to benefit from the new platform with a second model, BMW ActiveTourer, to follow in 2014. The three-cylinder powered Active Tourer will debut at the 2014 Geneva Motor Show.

The BMW Active Tourer will be sold under the 2 Series badge, so essentially it will be labeled BMW 2 Series Active Tourer. The car will be offered with a five and seven-seat configuration. The car spotted without any camouflage shows a similar design as the concept version seen on the auto show tours. The F46 BMW Active Tourer will compete against the Mercedes-Benz B-Class which recently halted development of a long-wheelbase version of the second-generation B-class.

With an exterior length of 4,350 millimeters, width of 1,833 millimeters and height of 1,576 millimeters, the Active Tourer makes the perfect companion for those that enjoy outdoor and sports activities.

BMW Active Tourer will be powered by three and four-cylinder turbo engines and will sport the new front-wheel drive platform architecture. A Hybrid and xDrive version will be offered as well. Similar powerplants will also be used in the next generation of MINI vehicles. The new small petrol engine shares its 500cc individual cylinder capacity and other key elements with BMW’s classic 3.0-litre straight six petrol unit. Optionally, an all-wheel drive setup will be offered as well for almost all UKL-based models.