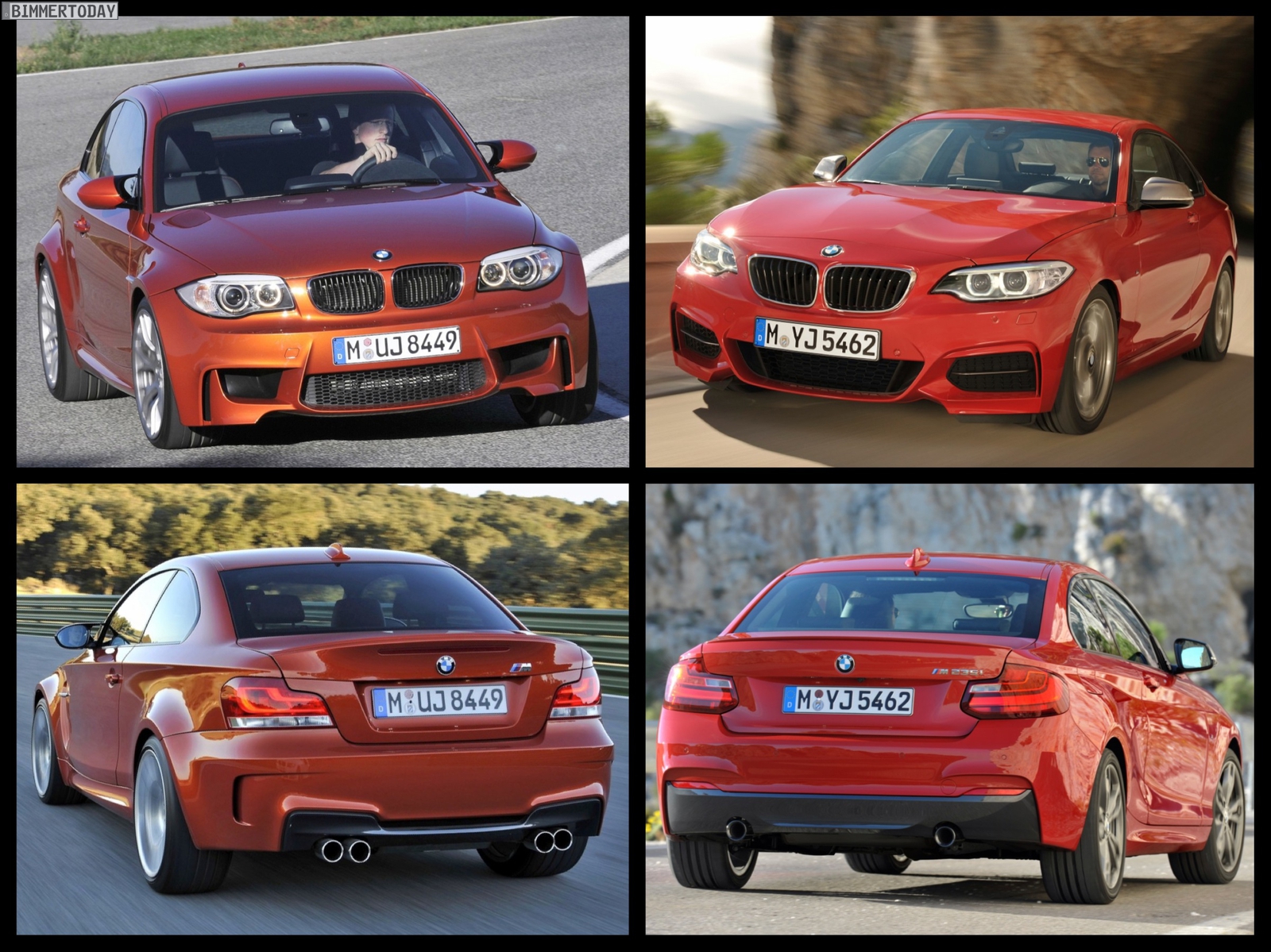 A photo comparison between the BMW 1M and the new BMW M235i.

While many BMW fans were looking and maybe still looking for a successor of the popular BMW 1M, an M2 model based on the new BMW 2 Series Coupe seems to not be planned for now by the M engineers. Instead, we are getting the BMW M235i, a model that our sources say it will be faster around Nurburgring than the almighty 1M.

At first glance, it is striking that the M235i looks much closer to the regular 2 Series Coupe than 1M looked against the 1 Series Coupe. The 1M stands out with its flared wheel arches, aggressive spoiler, four tailpipes and the Valencia Orange paint which in all fairness might be available for the M235i as well. 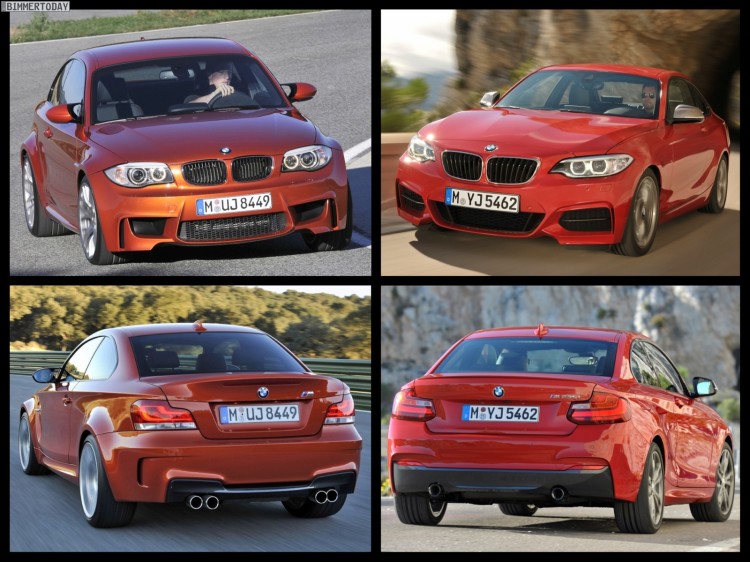 Technically, the relationship between the two compact coupes is obvious, both models share a common philosophy and vision of the ideal car for sheer driving pleasure. Balanced weight distribution, rear-wheel drive, along with a similar powerplant: a six-cylinder turbocharging with over 300 hp.

Compared with the BMW 1 Series M Coupe, the new BMW M235i coupe is 12 millimeters flatter and 7 centimeters longer, but not as wide as its predecessor. In return, the BMW M235i is about 40 kilograms lighter. 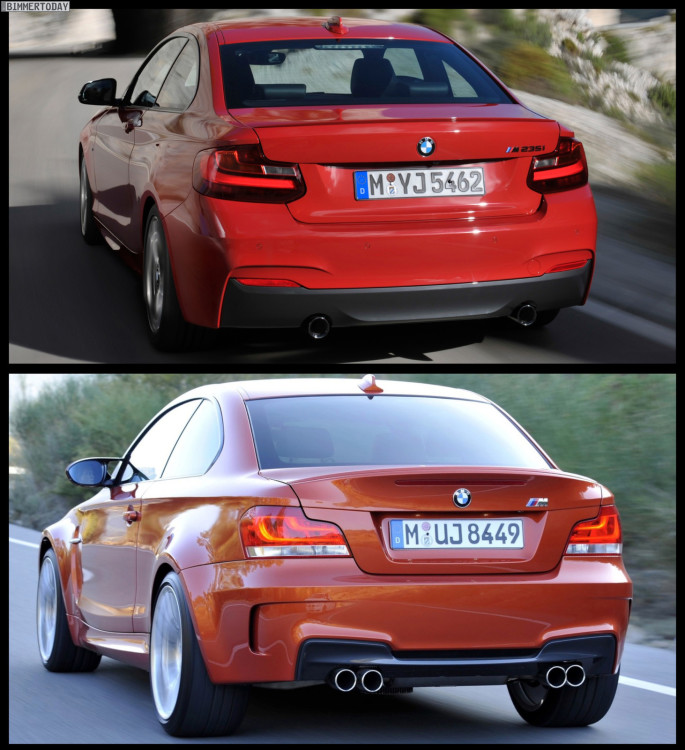 While the 1 Series M Coupe was delivered exclusively with a manual transmission, M235i customers can also grab the eight-speed automatic transmission with Launch Control. From 0 to 100, the three variants are pretty close to each other:

Clearly visible is the progress on fuel consumption: the 340-hp twin-turbo inline six-cylinder of the 1 Series M reports in the EU cycle 9.6 liters /100km, while BMW M235i with Twin Scroll, depending on the transmission, consumes 7.6 to 8.1 liters per 100 km.

Anyone planning to get a car close to the 1M should definitely take a look at the accessories catalog for BMW M: a mechanical locking differential is now offered for the M235i and a wide array of performance parts, including, sports suspensions, can be retrofitted to make M235i fit for the racetrack.

Let’s have a look at the photo comparison and tell us in the comments below which one you prefer. 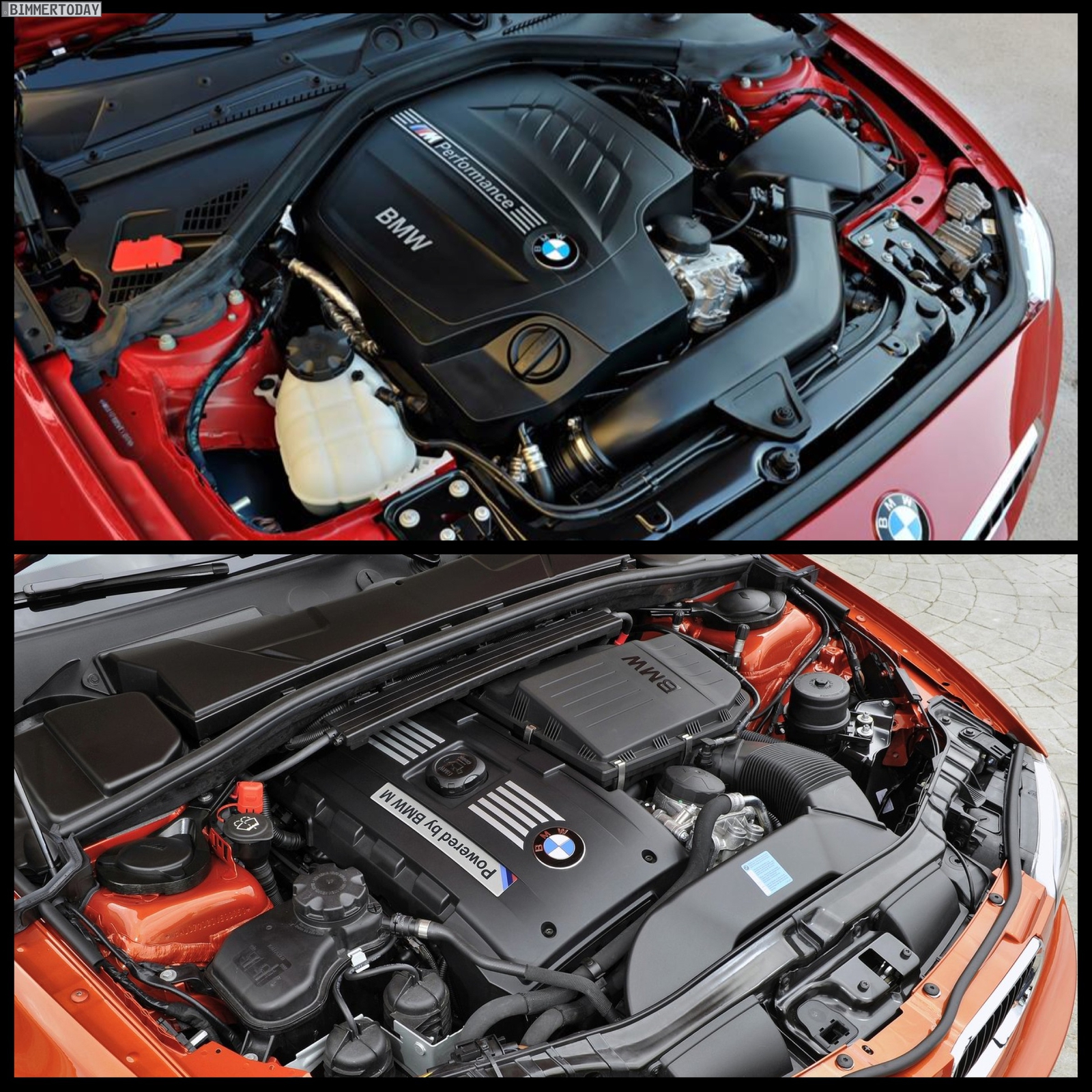 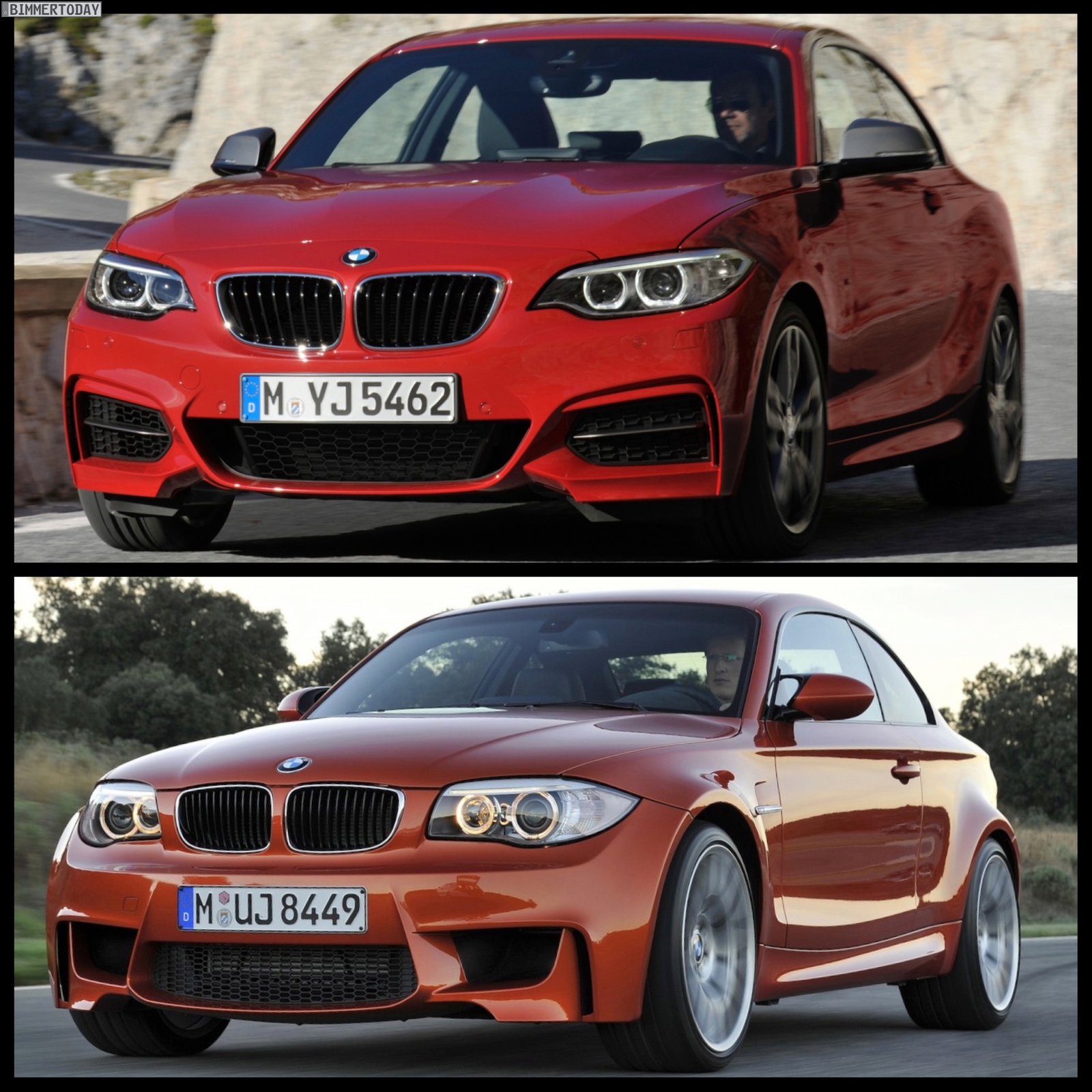 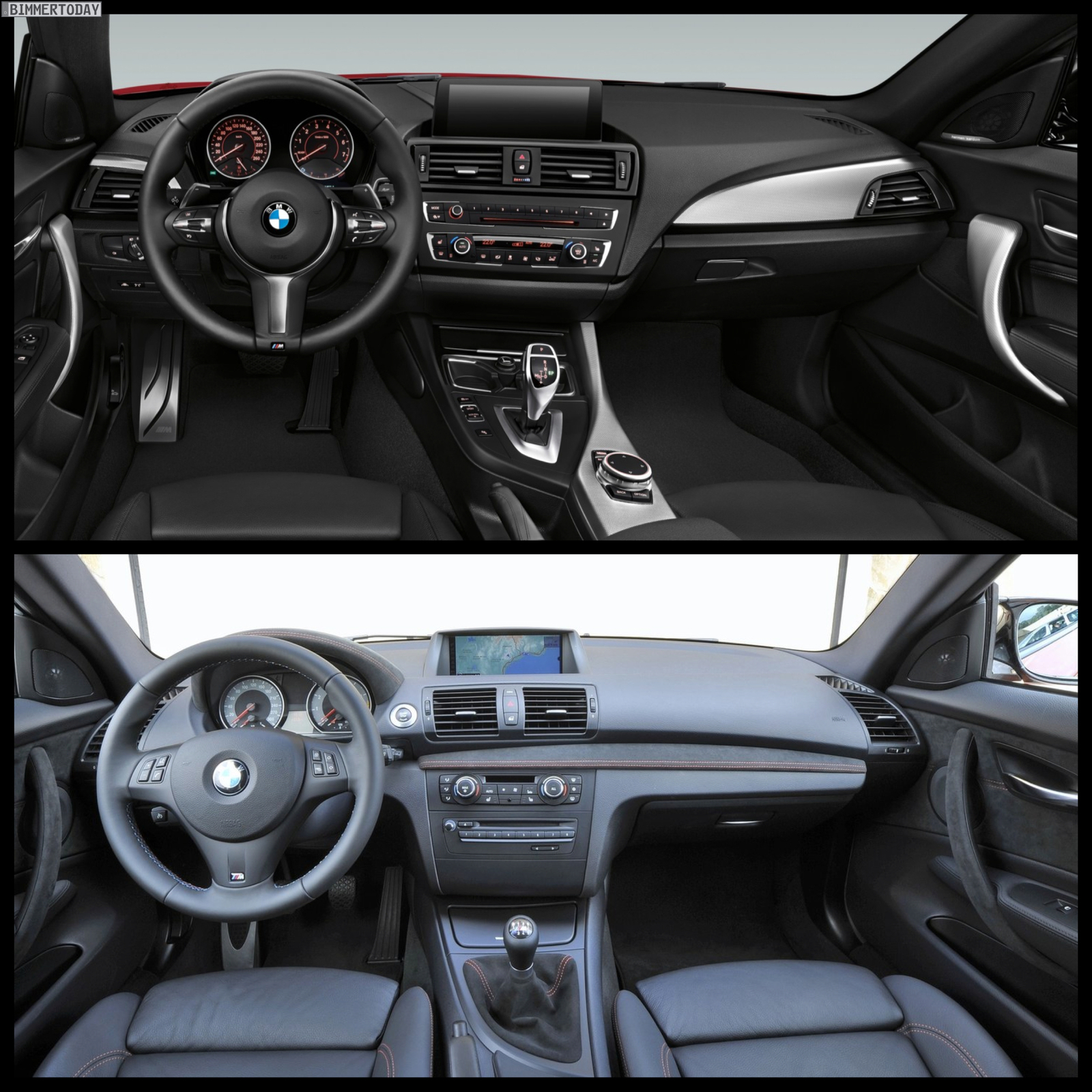 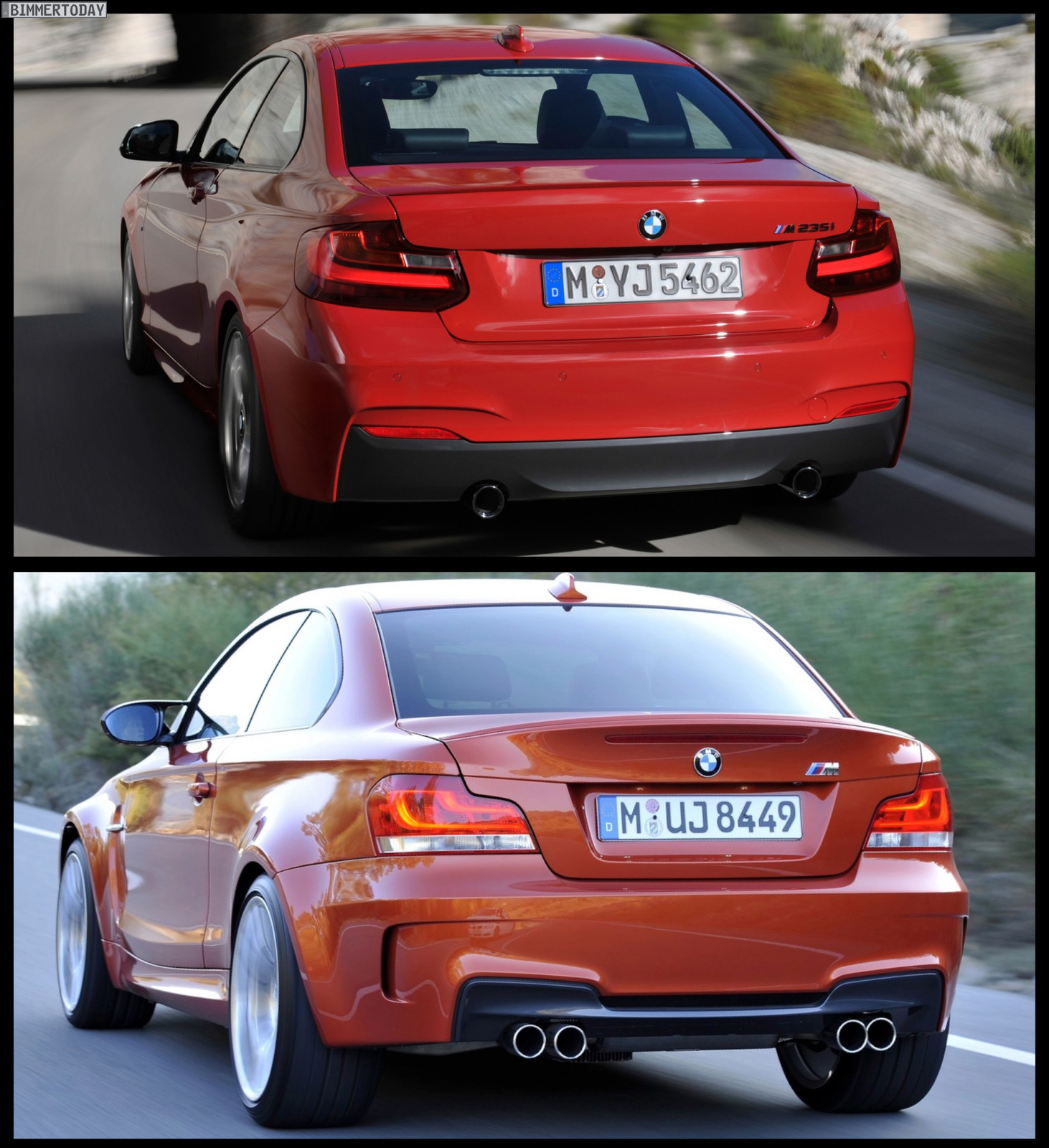