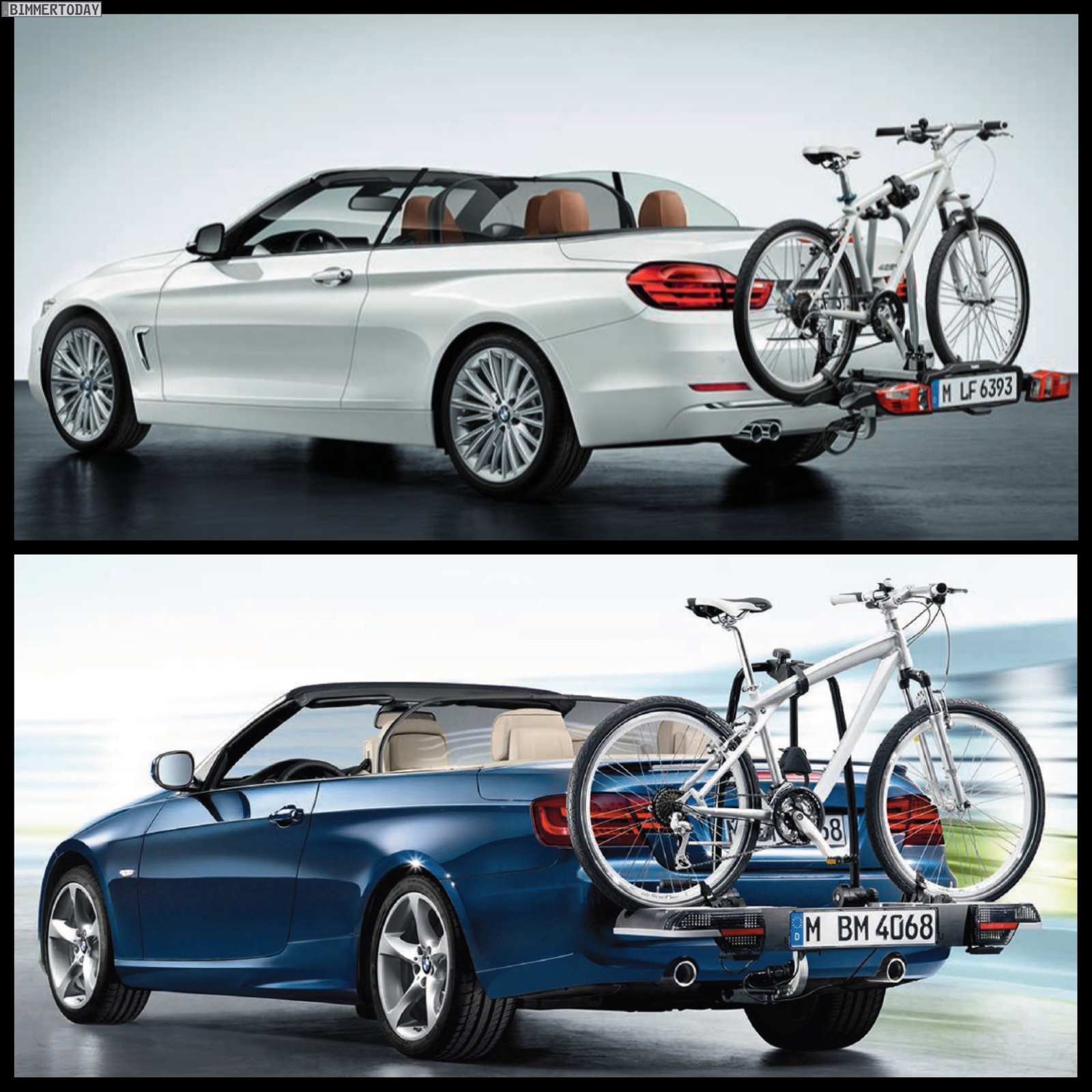 Interesting enough is the fact that the 3 Series Convertible was shot in a similar way as the new 4 Series Cabrio, more specifically featuring a bike rack installed on the rear.

Both cars use a three-piece folding metal roof while they still maintain a slim and elegant line. 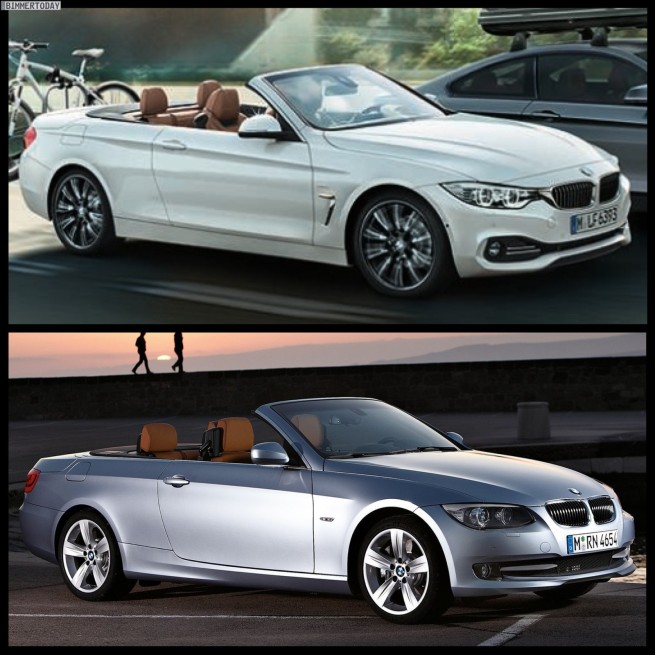 The new F33 BMW 4 Series Convertible uses the F32 coupe and F30 sedan as the technical basis, but stretched and wider than the sedan.

Here is the photo comparison and stay tuned this week for the first official images. 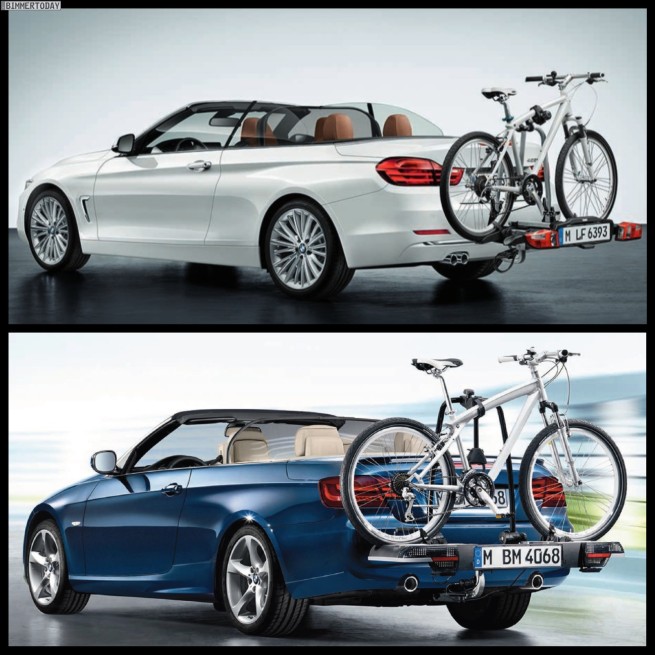 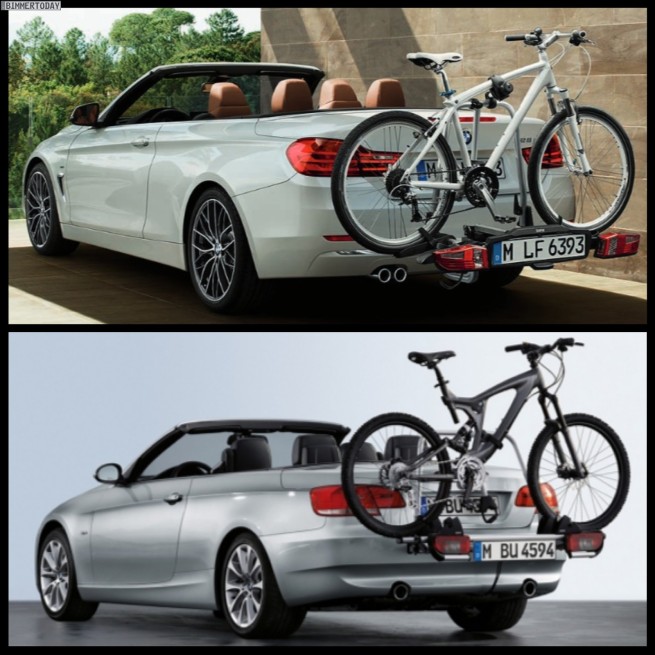