The new 4 Series differentiates itself from its 3 Series brother by a preponderance of subtle and not so subtle details that all add up to a much more athletic looking car. One which clearly makes its case for a new name in the BMW family. The new 4 Series has a long sleek hood, a more steeply raked front windshield, lower front end, wider kidney grills and enlarged air intake just above the ground which all combine to give the coupe a very aggressive appearance. Even the headlights appear to be pushed more to the edge of the front end than compared to the 3 Series. The round fog lights on the 3 series are gone replaced by what look to be a series of presumably LED lights.

Though the new 4 Series wheelbase is 50 mm longer than the outgoing E92 3 Series Coupe, it has the same 110.6” wheelbase as the existing F30 3 Series sedan. Its overall length, 182.7 inches, is just a hair longer the the F30 sedan by 0.2”. The new 4 Series overall height is 53.6 inches. This is lower than the existing 3 Series sedan by 2.7” and the outgoing 3 Series coupe by .63”. The new 4 Series also sports a wider front and rear track. All of these changes should help bring the center of gravity down and it’s widen its grip on the road and thus lend itself to some wicked handling.

The side mirror has more of an elongated rectangular look as opposed to the more boxy appearance on the sedan. The door handles move from traditional BMW bar appearance to a sleek recessed handle. A new design element appears on the 4 Series just behind the front wheel that could function as an exhaust vent for either the brakes or the engine. This element, “The Air Breather” could become a new BMW signature detail as it works with the air curtain in the front apron and helps reduce drag around the wheels and in doing such brings design and efﬁciency together. Genius!

There is very little room between wheels and wheel arches. So much so, it makes me wonder if the same lowered suspension look will be on the production 4 Series. It looks very aggressive, much more so than even a stock 2011 1 Series M Coupe. This could be a result of either larger wider wheels, an increased front and rear track or a lowered suspension. The press materials do not comment on ground clearance compared to the F30 3 Series sedan, so more on this when we ﬁnd out but it looks stunning and I hope they keep it. 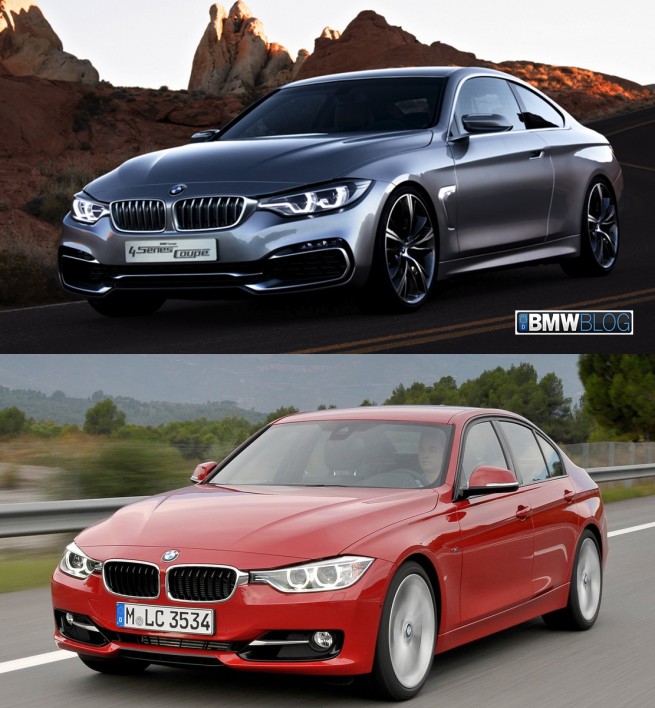 From the rear, the 4 Series looks much more athletic and squat, with a lower and wider appearance. Even the rear tail lights get rid of the abrupt acute angles from the 3 Series sedan for a more ﬂowing sculpted and exotic look. The brake lights reveal the ﬂowing signature BMW “double L” appearance. The twin exhaust located on the drivers side of the 3 Series sedan has been seamlessly folded into the rear bumper. Inside the most apparent change is the rake of the front windshield and lower cabin height. The center dash stack does not appear to rise as high, though there are no measurements given in the press handouts. The sweeping lines from mid glove box are still present and the coupe’s unveiling photos reveal new deviated stitching gives a more upscale look.

After looking closely at the differences between the 3 Series sedan and the new 4Series coupe, it becomes apparent that 4 Series in many ways is pushing to differentiate itself from the 3 and thus make a strong case for creating a new BMW line. 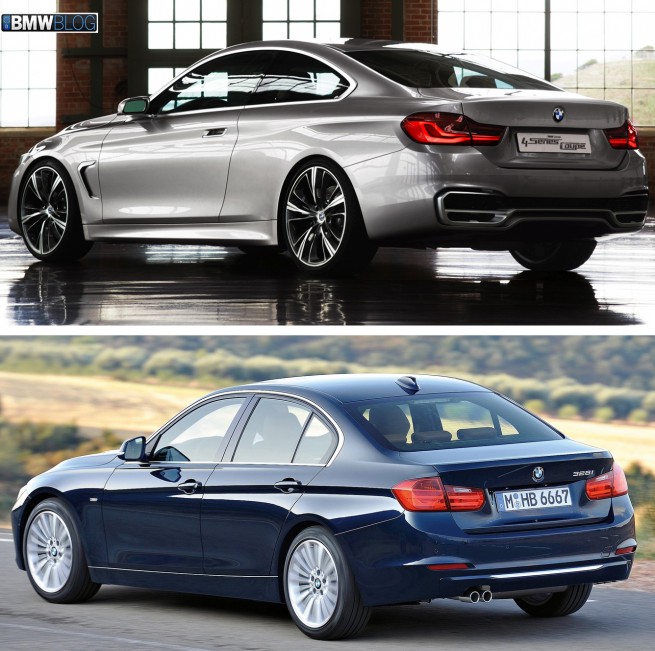 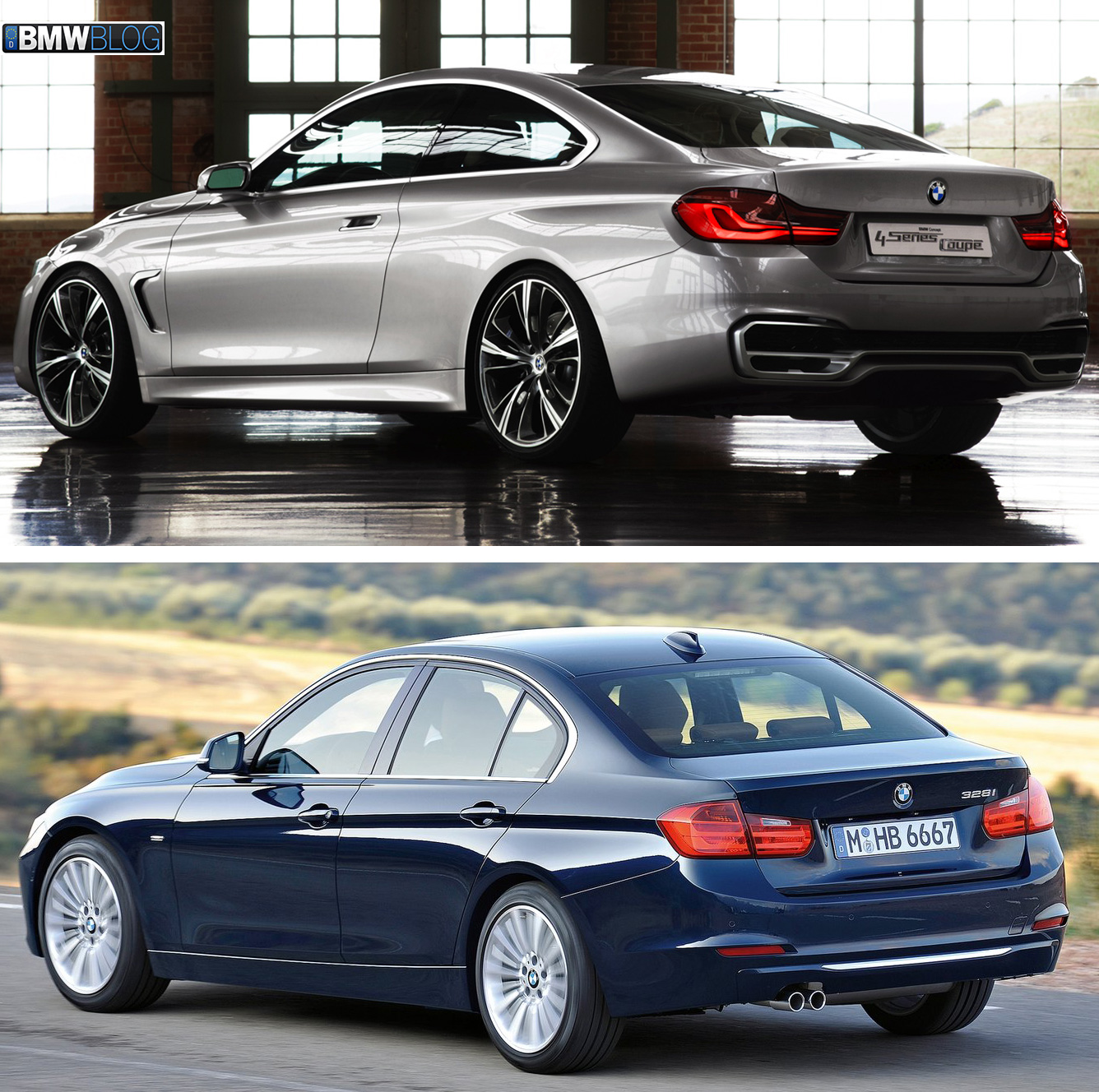 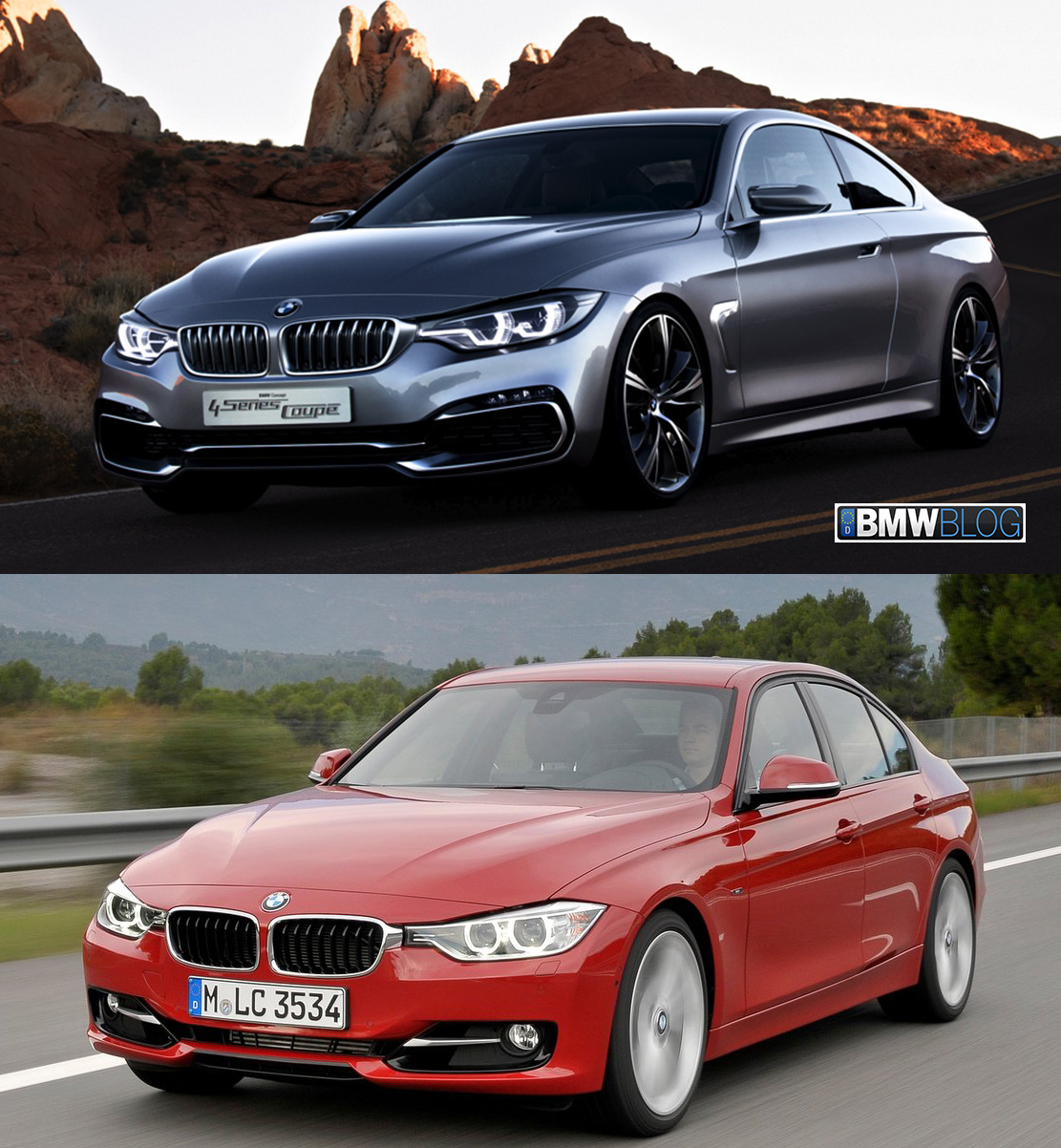 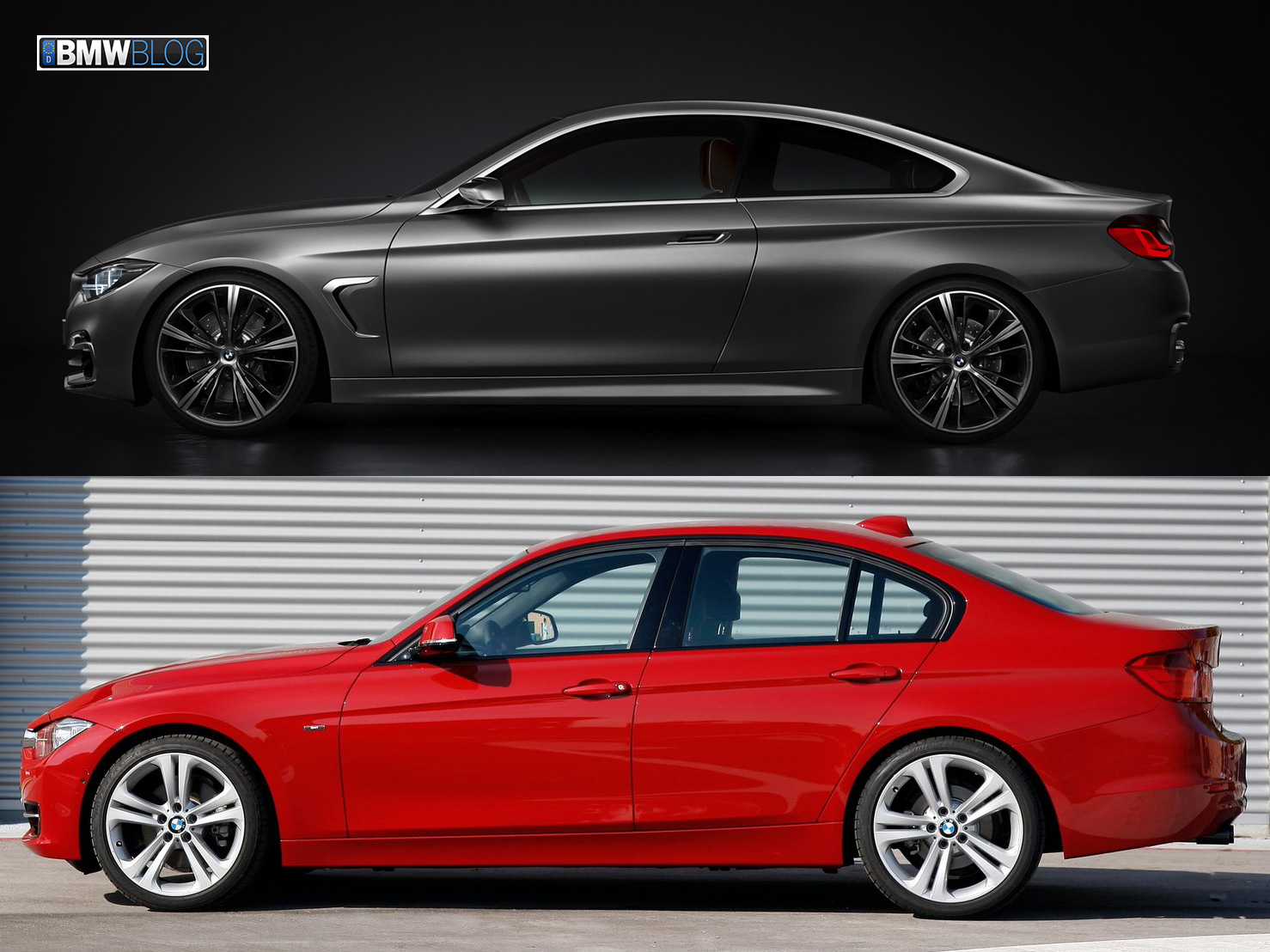