Toronto, Canada – Canada is doing alright. Employment and the economy are good and the Canadian dollar is going from strength to strength against the US dollar. With good employment and a strong currency, Canadians are looking more and more at moving up to premium vehicles. And, like their amigos south of the border, they have a hankering for SUVs.

BMW Group Canada has experienced 20 years of growth and sold 31,000 vehicles in 2010. Canadians have been snapping up premium vehicles over the past 12 years and SAVs have been a big part of that buying spree.

And the new X1 will help BMW Group Canada’s bottom line in two ways. It gives them an entry premium SAV (with minimal competition) and will bring a trade-up, younger buyer into the BMW fold. 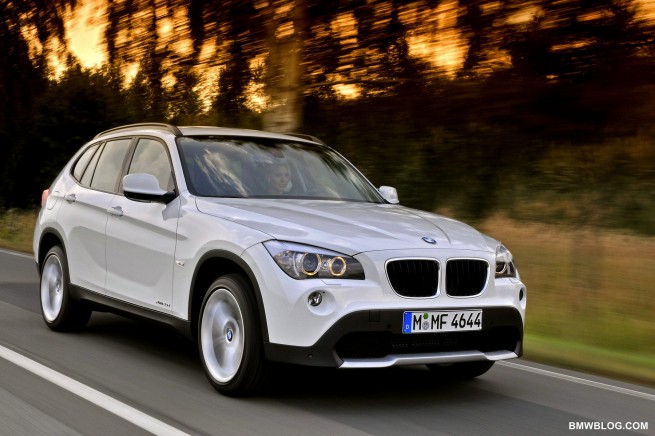 The xDrive is setup to provide 40/60 front/rear torque split all else being equal but it can shift 100% of torque to the axle with the most traction. The eight speed automatic transmission fits the N20 engine like a glove and the synergy between the two delivers impressive fuel economy of 8.5 liters of fuel per 100 km in combined city/highway driving. 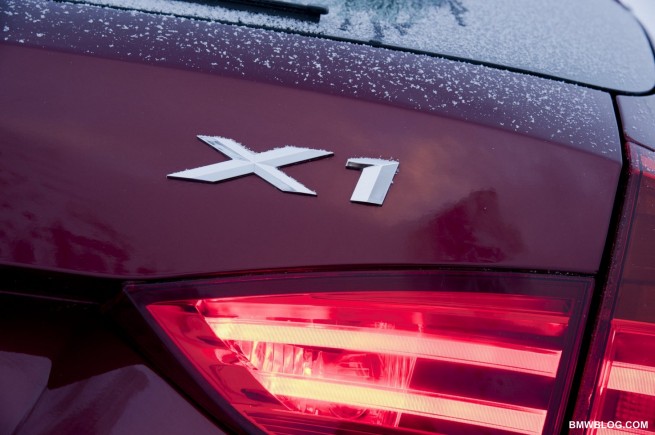 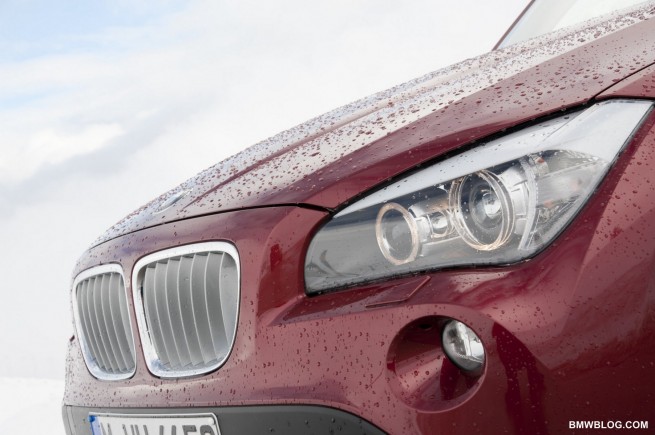 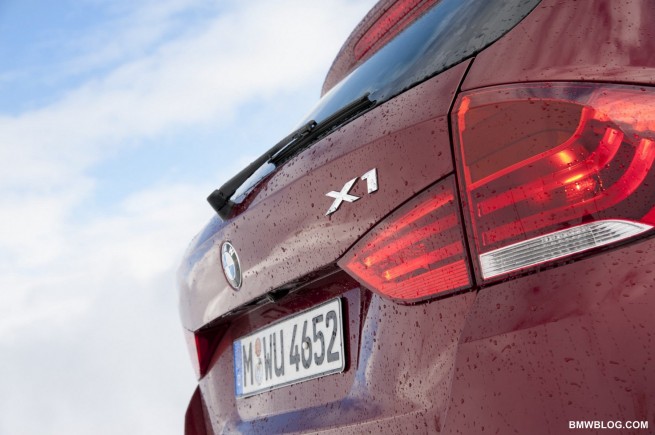 When left in D mode, the transmission shifted at the edge of consciousness but became suitably more aggressive when placed in ‘DS’ or ‘M’ modes. It also ran up to 8th gear as quickly as possible in ‘D’ mode, and that helps tremendously with fuel economy. And it’s OK in 8th gear at lower speeds than you’d want in the N52 six cylinder that the N20 replaces. And that is thanks to the low RPM torque that the N20 delivers. The N20 is like having two engines in one, a great fuel sipper of a four cylinder under light loads, and the torque of a beefy six when prodded by the right foot.

The N20 is quite smooth. Equipped with balance shafts and high quality engine mounts, the 2.0 liter four manages to suppress vibration to a large degree. So much so that most won’t notice the difference between it and the N52 six cylinder it replaces. If there is one quibble with the N20 it would be that aurally it is not as good as the N52 six. If you can liken the sound to fabric, the N52 is linen whereas the N20 is jute.

Underway the X1 is a comfortable, decent handling car. What you expect from a BMW. It has decent feedback through the steering wheel even with the run flats. (And it uses hydraulically assisted power steering ) It exhibited all of the positive traits of a BMW, poise, precision, and purpose. Add a 0-100 km/h time of 6.7 seconds and it’s substantially better than the cute-utes potential buyers are moving up from. This is a fast and frugal SAV. 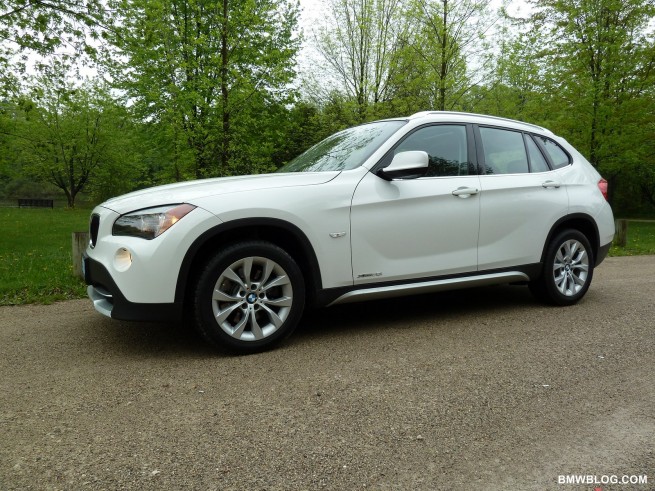 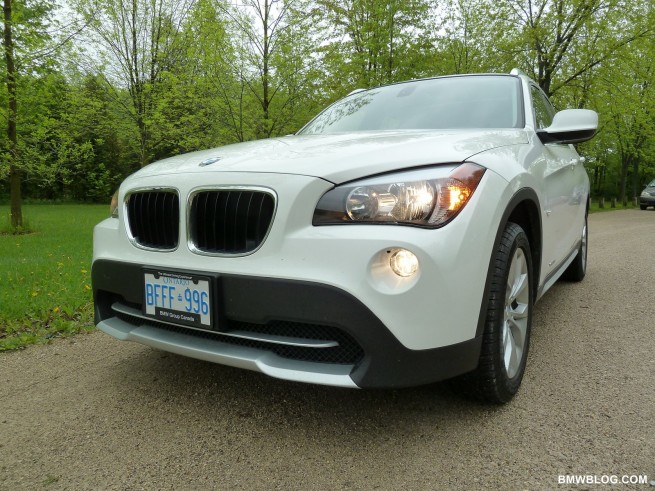 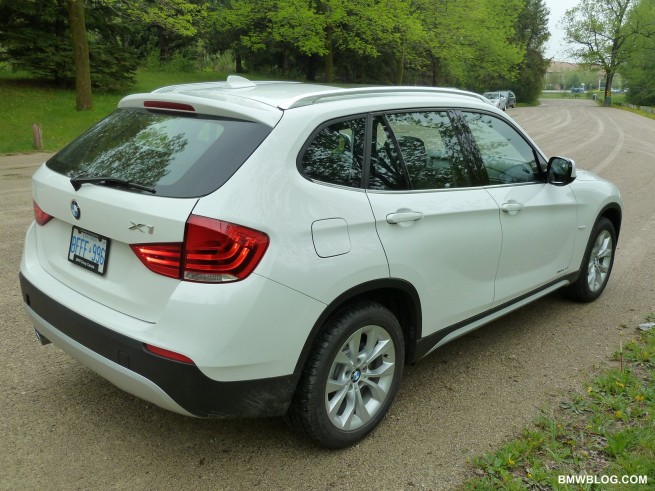 “electric steering exhibited all of the positive traits of a BMW, poise, precision, and purpose.”

It has decent leg room in the rear and the rear seat back angle is adjustable. And it has a generously large hatch, which eases loading and unloading. Cargo space was very good and should make vacations, or outdoor activities easy to manage. And it’s also good to know, for your piece of mind and your passengers’ piece of mind, that the X1 scored a five star NCAP safety rating for 2011.

Winding through the countryside surrounding Toronto, over a mix of road types, reinforced positive impressions from the quick drive BMWBLOG did in a manual transmission X1 during Innovation Day activities in Germany earlier this spring. The semi-command seating position is a plus for drivers who like to be just a bit higher in the vehicle, and it may attract aging baby boomers, for whom the easier entry and exit of the X1 will be welcome relief.

“BMW group Canada is going to have a hit on their hands.”

BMW Group Canada gets the X1 before the US market, as much because of their market demands, and the ability of the Leipzig factory (where the X1 is built) to meet demand. The X1, with a stout 2.0L four, coupled to the eight speed automatic transmission, and the requisite BMW driving dynamics, portends that BMW group Canada is going to have a hit on their hands. 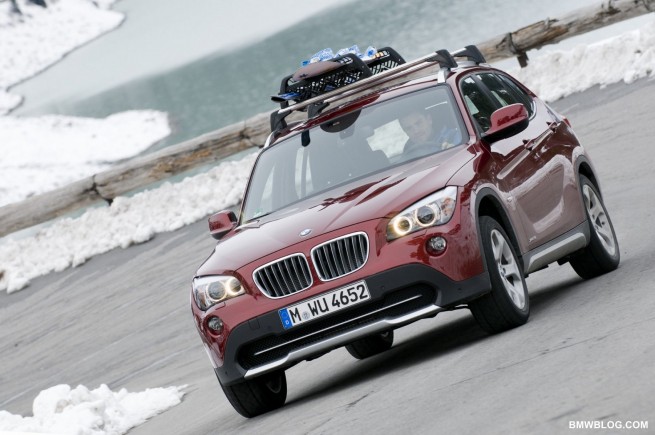 Disclaimer: BMW flew us out to Toronto for the Canadian launch of the 2012 BMW X1 xDrive28i Convertible, dined us and put us up in a beautiful hotel. Maple syrup was included…