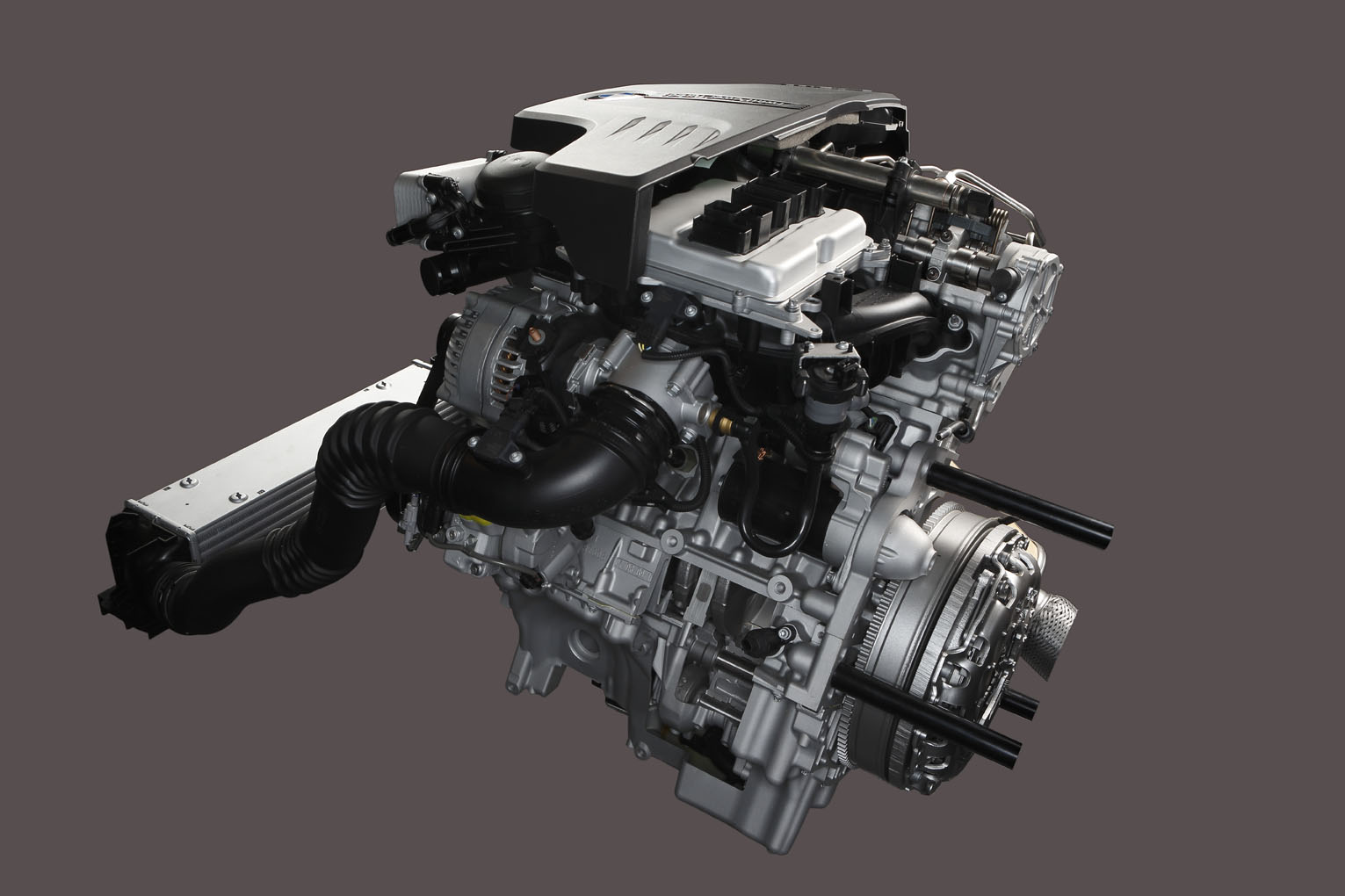 Munich, Germany – At one point during Innovation Day, BMW turned the gathered journalists loose to sample the qualities of the new 2.0 L four in an X1 on local roads and nearby stretches of the Autobahn. The 2.0L four will do duty as the ’28i’ in a number of BMWs and replaces the venerable N52B30.

First, a little praise for the late N52B30. It was an good engine, developed to be naturally aspirated and light. Very light. The cylinder cores are cast aluminum while the surrounding casting is of a magnesium alloy. It was brilliant engineering. It will be retired soon.

Its replacement has to provide equivalent or better performance, refinement, and smoothness with two fewer cylinders. And an inline four, right out of the box, is not going to be as smooth as an inline six. But, BMW has pulled it off. Balance shafts are a must on four cylinders with volumes significantly larger than 2.0 L, but most 2.0 L fours don’t use them, they aren’t that necessary. But BMW uses a pair of balance shafts on its new four. And that significantly reduces what NVH the 2.0 L four had to begin with.

It’s smooth, and while it doesn’t reach the same peak horsepower of the old inline six, it has more torque (and a much flatter torque curve) and it has more horsepower under 6000 RPM than the six. Where the N52B30 outdoes the new four is in that last 1000 RPM of the engines rev range, 6000 – 7000 RPM. And engines on street cars don’t really spend that much time in the upper rev range.

The X1 28i we were unleashed on was equipped with a six speed manual and auto stop/start (which I found a bit difficult to get used to – after forty years of driving manual transmissions, this was the first time,
since I owned a Fiat, that the engine died when I took it out of gear at a stop).

The driving showed that BMW has hit its marks with this engine. It has immediate thrust, it is silky smooth at idle, and has a pleasant aural profile, sporty but not overly aggressive. Compared to the six, the four may prove to be more tractable in everyday traffic thanks to the fat, flat torque curve.

When you look at the numbers, yes the new four has less peak horsepower than the six, but everywhere else it trumps the six. It has more torque (and much more torque earlier in the rev band), it gets better fuel economy (16% better), and is quicker to 100 km/h from a standstill (6.1 seconds versus the six’s 6.8 seconds).

Quite impressive and it bodes well for the other members of the engine family.