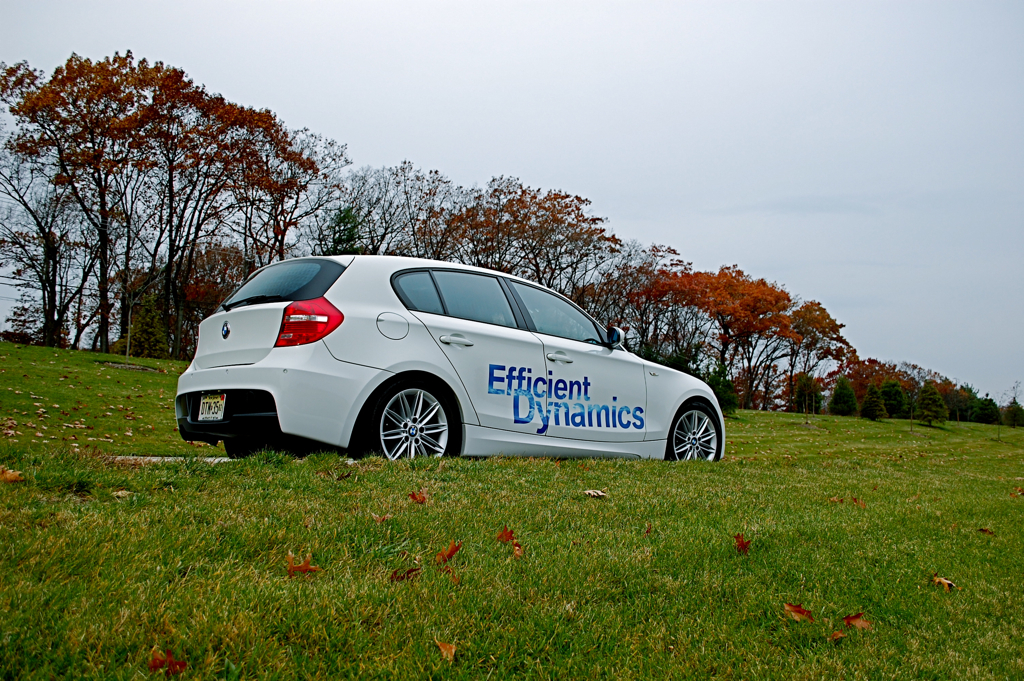 Diesels. They’re a big part of BMW’s future with cars like the Vision EfficientDynamics Concept and just as big throughout their past. However, American consumers are none-the-wiser about the incredible potential that lie within these torquey, glow-plug equipped powerplants.

Being a European company, BMW are familiar with the needs of a market oriented first upon fuel economy and emissions output and second upon performance. As a result, diesel-powered cars have come to represent a large portion of sales abroad where taxation on cars is based upon emissions.

However, that’s not to say that diesels don’t provide the same type of driving pleasure derived from the gasoline powered brothers in arms. BMW have proved this point already ad nauseum.

Beyond the realm of road cars, BMW have had a successful showing in motorsports with diesels. One example being the E36 320d that was entered into the 1998 24 Hours of Nurburgring. Not only was the little 2.0L diesel able to withstand the punishment of the Green Hell but it also managed to take first place over all representing the first time a diesel-powered car won the fabled event. I haven’t even mentioned the E46 330d the boys from Top Gear entered in the 2007 Britcar 24 Hours of Silverstone. In 2006, BMW even ran a pair of 6-Speed manual-equipped 335ds at the 25 Hours of Thunderhill returning an impressive 3rd place in their first and last outing. You can read the official press release prior to the race here – we hope to have more on these lovely twins in the near future.

Comparing the torque figures of a 335i and 335d, the performance gap advantages of the “d” begin to play their hand with the 335i returning 300 lbs-ft of torque with the 335d ringing up an impressive figure of 425 lbs-ft of torque. For further comparison, the 2010 E60 M5 with an extra four cylinders to its V10 and 2 additional liters of displacement can “only” muster 383 lbs-ft of torque against the 335d’s 425.

So that long, winding path brings us to the point: The current. When will we see more diesels from line-up currently available? The 335d and X5 xDrive35d have proved highly suitable platforms to deliver a new generation of diesels to a wide range of U.S. consumers but when can we expect more? 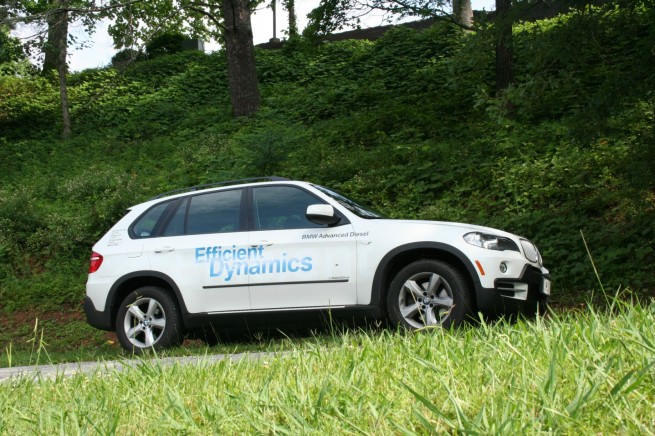 We’ve driven the 335d and X5 xDrive35d extensively and each time came away impressed with what was on offer: performance – both in terms of driving prowess and fuel economy. Moreover, I was given an opportunity to drive the littlest Bimmer, the 123d, late last year and for reasons beyond comprehension still cannot understand why this model isn’t on sale in North America. It’s torquey, efficient, clean and most of all fun. None of the BMW DNA leaves the 1 Series despite the lower rev limit and slightly off-tune diesel engine note. This could prove a critical pricing point to introduce diesels as well showing that you don’t need to spend $45,000 to enjoy the performance of a BMW while earning a pleasurable return on your monthly gas expense.

Case in point is the commitment to diesel products already made by Audi vis-a-vis the 2010 Audi A3 TDI. This smallest Audi of the U.S. market has gone from a diverse model line-up of gasoline and diesel engines to strictly a diesel-only line-up with a petite 2.0L turbocharged four – and we all are cognizant of Audi’s associate with diesel as it is. But, at this writing, there isn’t a comparable Munich-sourced alternative in this segment. With diesel-powered 1ers running around Europe and a warm reception by of the 128i and 135i here, why not knock Audi off their duffs in this segment while providing consumers with a more economical solution than the rather expensive 335d or X5d.

After all, recent diesels have been successful at proving to the American car buyer that perhaps there are more compelling for fuel efficiency than the Prius or even a Tesla. With continued commitment by Audi and BMW to diesel vehicles for North America this market saw a massive jump of 41% in the diesels available. This fact is punctuated by the point the X5d and 335d have enjoyed steady sales of over 600 and around 300 units per month YTD in 2010. So with steady sales, surely there is more room for BMW to inject diesel engines into the existing line-up.

In addition to motorsport application, the Bavarian diesel has found a special home in the history of BMW in terms of production cars. Cars like the E28 524tds and the E46 diesels with the international award-winning M57 engine – ironically what powered Clarkson and the boys to finish at the 24 Hours at Silverstone.

In terms of the future, BMW have pointed to diesel power as means of phasing in alternative fuel sources through the ultra-chic and very sleek Vision EfficientDynamics Concept. The VEDC combines a small, three cylinder diesel engine with electric motors as a means of providing clean, fossil fuel-generated power along with good, old fashioned battery power for M3-rivalling performance. And why shouldn’t the diesels be the way of the future? With nearly unparalleled fuel economy from gasoline counterparts plus the new generation of clean diesels, why wouldn’t more consumers be jumping all over these cars?

Well, in the United States, the general perception is that diesels are clattery, dirty engines. This is true ofdiesels – only about 20 to 30 years ago. Modern diesel technology keeps oil-butners from ever outputting the un-ending plumes of blue smoke or dirty bi-product that created the stigma associated with this type of engine. The other stigma of diesels is the general lack of performance – another major falsehood.

For the uninitiated, the oil-burning powerplants provide a nearly towering wall of a Teutonic torque that will allay any fears of lacking performance by shoving you so far into the seat you’ll expect to be sitting in the truck once you lift off of the throttle. Diesel powerplants feel like a shrunken Saturn 5 rocket under the hood of the 335d – all while returning better fuel economy than similarly powered and priced gasoline equivalents – did we mention that the Internal Revenue Service offers a nice little credit for buying fuel efficient cars like the 335d? What’s not to like about these types of engines?

One enthusiast agrees. After a recent letter in the current issue of Roundel proclaiming these same benefits, John Stoj started a fan page on Facebook called “BMW, please bring 4 cylinder diesels to the USA.” John’s page serves as a place where enthusiasts can both voice their love of the Bavarian brand and the desire for a more diversified engine line-up in North America. I contacted John to determine what his thoughts were on potential models and why there is such a strong desire for diesels:

I would like to have the option of more BMW diesel engines in the USA, especially the four pots. BMW is an industry leader in terms of driving dynamics, and even efficiency with their EfficientDynamics – as evidenced by their green award winning 118d – but as yet we have not been able to purchase these fantastic products in the USA. Discerning drivers want an option to purchase a fun, efficient vehicle. Who better than BMW to provide one? – John Stoj 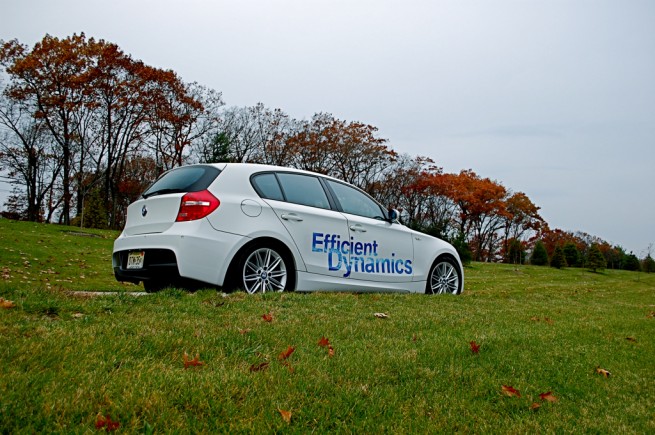 So with BMW’s commitment to oil burners through the 335d and X5 diesel, what is the second act going to be? What should the follow-up be? Can consumers expect a continued commitment that will result in a wider array of available diesels for both the performance and luxury crowds alike? We would like to think so, having sampled some of the “d’s” available here and abroad. And if our opinion of diesels isn’t enough for you, this brief review of a diesel 3 Series by Fifth Gear should help to push you over the edge.

Reports have indicated that four cylinder diesel engines are imminent for the North American market. However, we’re still waiting with baited breath for confirmation of just when and in what models we’ll see these engines materialize.