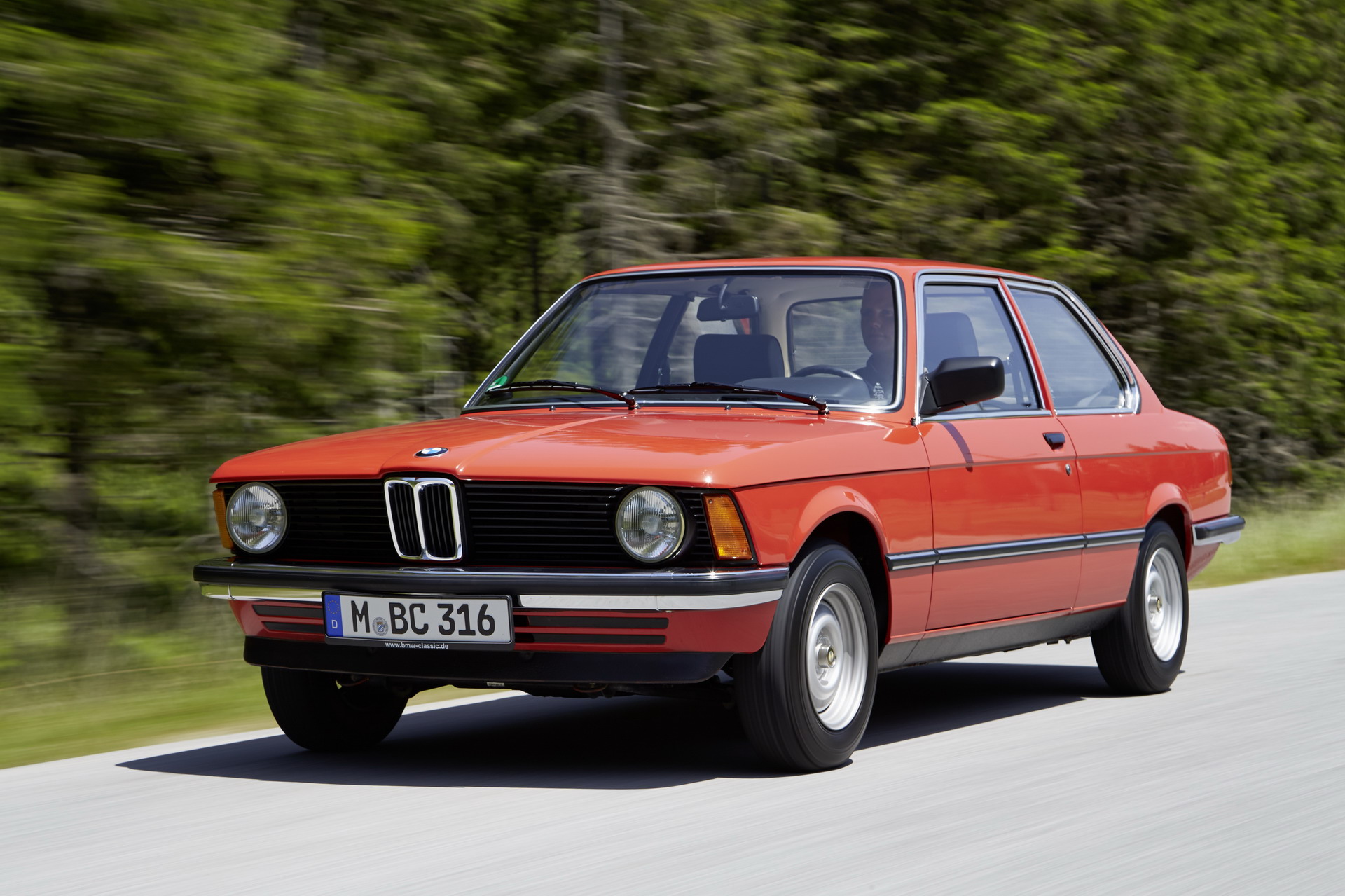 Munich, 1975, BMW finds itself at an important stage in its continued growth as a world-wide auto manufacturer. BMW has occupied its famous Vierzylinder (four cylinder) headquarters in Munich across from the equally famous Olympiastadion, which hosted the 1972 Olympics three years prior. The Bavarian firm is in the process of phasing out the successful E9 3.0 CS series while phasing in the first generation of the 5 Series and in the process of saying Auf Wiedersehen to the venerable 2002 model, arguably the most influential and important model BMW have ever produced.

Due to it’s wide appeal and sporting nature, the 2002 gave BMW it’s reputation for being the “Ultimate Driving Machine” so BMW execs had the difficult task of following through to provide a suitable replacement to it’s already legendary little 2.0 liter. Pulling both from the styling cues of the then already-three-years-old E12 5 Series and evolutionary design cues of the 2002, BMW rolled out it’s very first 3 Series – the E21 in July of 1975.

The E21’s top model at the initial launch was a 320 with a 2.0 4-cylinder engine based on the M10 block. For those not familiar, the M10 block was the same basic 2.0 liter engine that powered the normally aspirated and turbocharged 2002s and went on, as a testament to BMW’s durability, to serve as the base engine for the turbocharged engines of Brabham-BMW’s Formula One program with greats such as Nelson Piquet driving the 1,000+ HP beasts of the early 80’s.

One of the few engines that had as an illustrious racing career as the Ford Cosworth DFV. Not bad for an engine that entered into production in 1962! By 1977 though, BMW had moved the 320i on from the 4 cylinder M10-derived block to the 6 cylinder M20 block.

I digress, the E21 was a significant model, aside from the successor of the 2002 and providing the first 6 cylinder in a 3 Series, in that it brought the driver mounted dash to the Bavarian line-up along with the now typical BMW design of the quad headlamps on the range-topping 320i. The 320i sported a Jetronic fuel-injected engine producing 125 horsepower. In 1979, the 323i was introduced with a new 2.3 liter version of M20 inline-6 block and eventually moved from a 4-speed gearbox to a 5-speed.

However, while the E21’s sold over 1.3 million units during it’s production cycle, it was also creating further success for BMW in the motorsport realm. The 320 was introduced with a 2.0 liter turbocharged engine and slotted as a replacement by M Division of the 3.0 CSL that was campaigned throughout the early to mid-1970’s. In true BMW Motorsport form, the 320 was a flying success in the 1977 and 1978 seasons at the hands of greats such as Eddie Cheever and Hans Stuck. M Division initially ran the 320 Turbos in the IMSA and the European Touring Car Championship. More importantly, the Formula 2-sourced engine of the 320 became the eventual platform on which BMW Formula One engines of the early 1980’s.

The most important purpose of the E21 was that it served to set up the huge success that would become the E21’s successor: the E30 3 Series. The E21 helped BMW to solidify its position within the United States market and follow through with the success of the 2002 thus ushering in what many feel was the quintessential 3 Series that carried BMW through the mid-1980’s and very early 1990’s.