About a year ago, YouTuber Mat Armstrong bought a heavily damaged BMW M140i that had been stolen. The hot hatchback was missing some of its body panels, headlights, and exhaust, while the wheels were different from front to rear. Silver lining? The turbocharged 3.0-liter engine was still there and was the main reason why he purchased the car in the first place. It had fewer than 27,000 miles (43,500 kilometers) on the odometer when it was recovered and put up for sale.

He paid £8,500 to get the rough M140i before embarking on an exciting adventure to revive the rear-wheel-drive machine. That journey is now over, and this 11-minute timelapse video shows the amount of work invested into bringing back this M Performance gem. The project car ended up with quite a few parts from the first-generation M2 and had its mismatched wheels replaced with a straight-pipe Bola set. 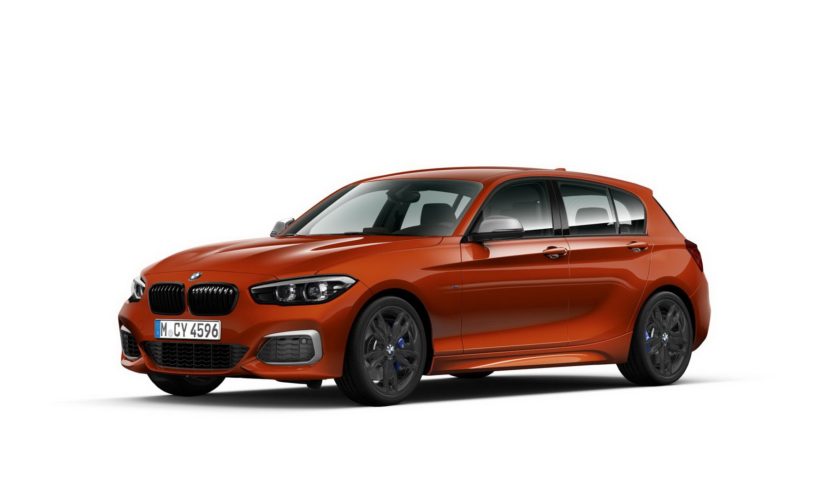 It was also in need of a new exhaust system and is now rocking a quad setup from Jacques Fab & Performance that allows the B58 to better sign its inline-six tune. A limited-slip differential and other mods followed, and now the car is making 533 horsepower and 637 Nm (470 lb-ft) of torque on the dyno. Other work done on the car included applying a full body wrap and cleaning the neglected interior.

The end result is an impressive build with an M2 front fascia and more power than an M3 Competition. It originally looked like a disaster on four wheels after thieves ripped it apart to sell the parts. Thankfully, they didn’t take the engine, so the M140i was still worth saving despite its poor condition. It’s now rocking a hybrid turbo among other performance mods.

It was ultimately raffled off and the lucky winner got to drive it home for just £9.95.