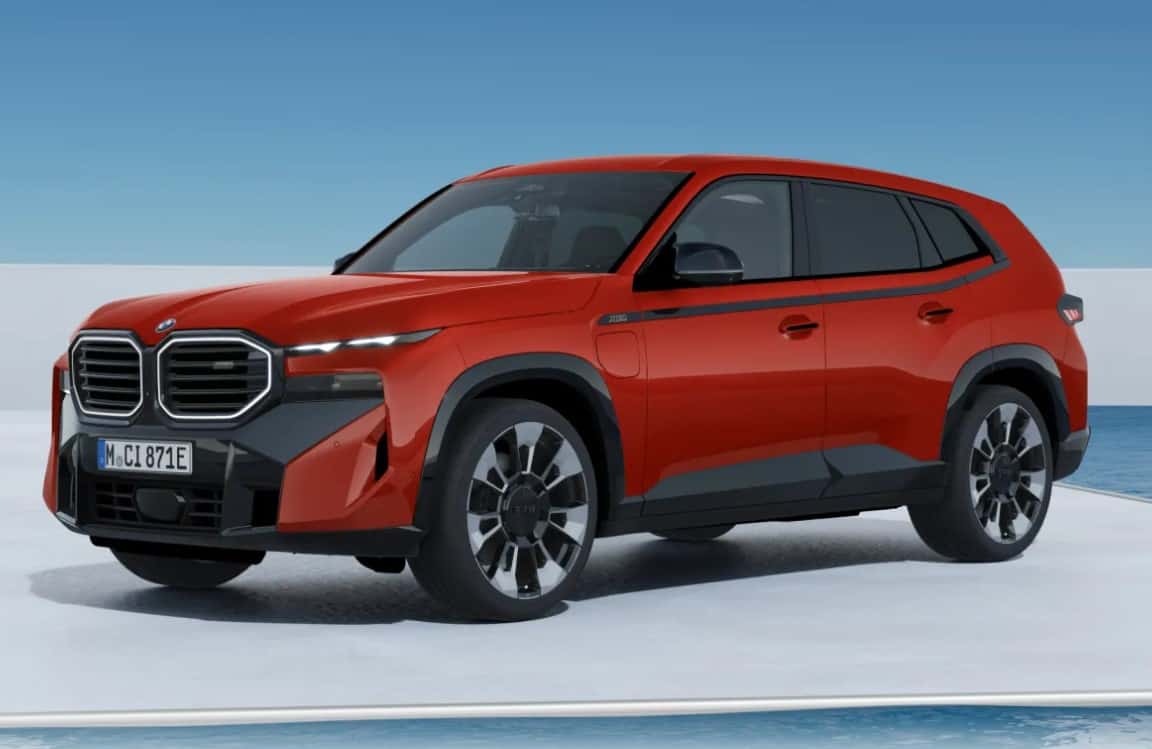 The 2023 XM looks controversial with just about any paint we can imagine, but part of the reason it’s so striking is not related to its design or the main body color. Gold accents rarely work on a car, and we’re not so sure the boldly styled plug-in hybrid SUV is a good fit. Thankfully, you can get rid of them by choosing the extended Shadowline option with an assortment of black accents.

BMW is showing off the first dedicated M car since the M1 of the late 1970s and early 1980s in M Toronto Red sans the flashy gold accents. Those wheels are the largest to ever be fitted from the factory to a production car, a gargantuan 23-inch set (923 M) with a two-tone finish. The same wheels can also be had with gold spokes to make the XM stand out even more for those willing to pay a hefty €3,060 or €100 more than the standard finish.

The 2023 XM was unveiled almost two months ago and it’s still a lot to take in regarding styling. As you have probably heard, BMW chairman Oliver Zipse is defending the striking design direction also used for the latest 7 Series / i7 and X7 LCI. He believes a future-oriented design approach must be controversial, surprisingly adding that “almost everyone loves” the XM. The head honcho reiterated only these large vehicles are embracing the wild design, mentioning smaller models will play it safe.

Zipse said it’s not important for BMW that everyone must like its unconventional design approach. The company’s main target is to cater to the people who are actively shopping in this segment. For the volume-oriented models, the designers haven’t made radical changes, save for the enormous kidney grille of the M3 Sedan and M4 Coupe/Convertible, which has seen been applied to the new M3 Touring as well.