Last week effectively signaled the beginning of the end for the internal combustion engine in the European Union after the member states, the parliament, and the executive arm reached an agreement. It calls for an effective sales ban on new cars equipped with gasoline and diesel engines from 2035 in all 27 countries of the EU. It technically refers to vehicles that have emissions, so our only hopes are for synthetic fuels and hydrogen-fueled combustion engines to gain traction until then.

On its road to a pure EV lineup, BMW M is weeks away from introducing its last non-electrified product. The hotly anticipated 3.0 CSL will be the company’s very last ICE-only car and will have the S58 engine under the hood. This reputable twin-turbo inline-six is currently on display at the BMW Welt in Munich where attendees can get up close with the beating heart of the X3 M / X4 M and M3 / M4 pairs. 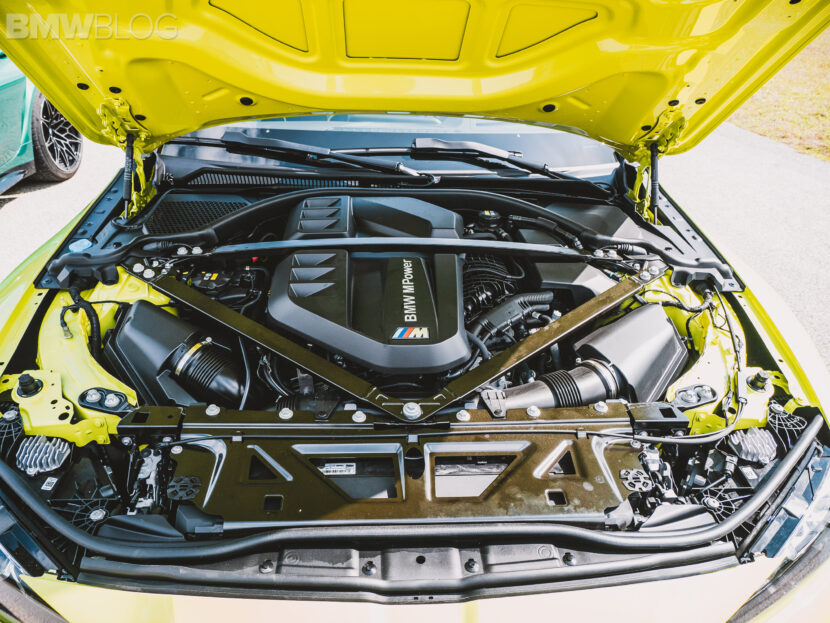 It produces 473 horsepower in its base configuration and 503 hp in the Competition models. For the M4 CSL, BMW M’s engineers massaged the six-cylinder mill to 543 hp and rumor has it the 3.0 CSL will pack an even greater punch. Although only the 473-hp version works with a manual transmission, it is believed the ultra-exclusive special edition debuting in November is going to be offered only with a six-speed manual gearbox.

From 2023, all next-generation M models will be hybrids. That said, BMW has pledged to keep the six- and eight-cylinder engines alive until at least the end of the decade. It can only mean the S58 and the newly released S68 are safe for the time being, but these future applications are all going to be electrified to some extent. For example, the new M5 coming in 2024 will inherit the PHEV setup from the XM super SUV.