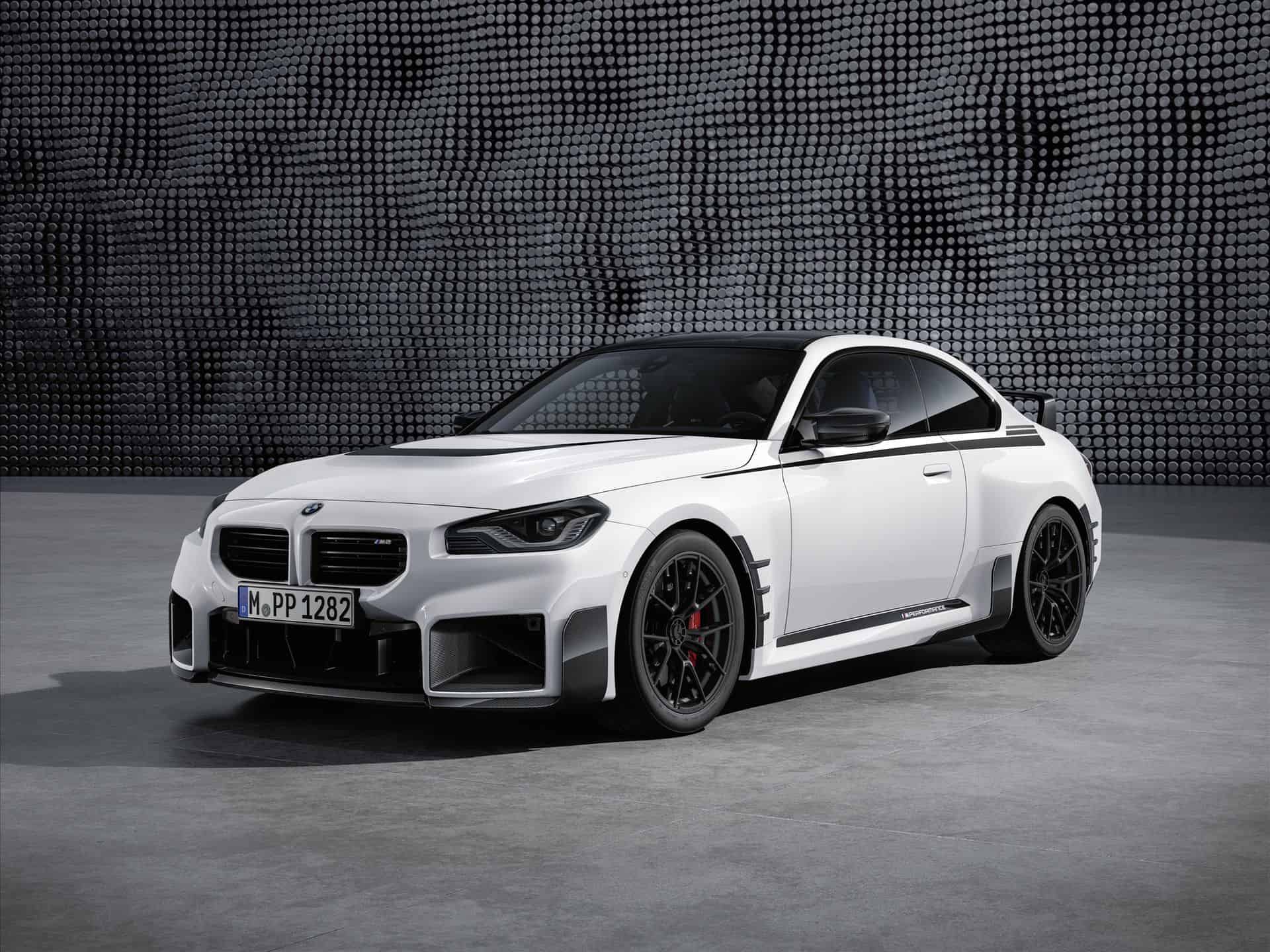 BMW went a bit nuts with the M Performance Parts for the new M2. Typically, this parts catalog adds some carbon fiber trim bits, a subtle lip spoiler, and some cool wheel options. However, the catalog for the G87 BMW M2 can make it look seriously intense. So here are the five coolest parts you can buy. 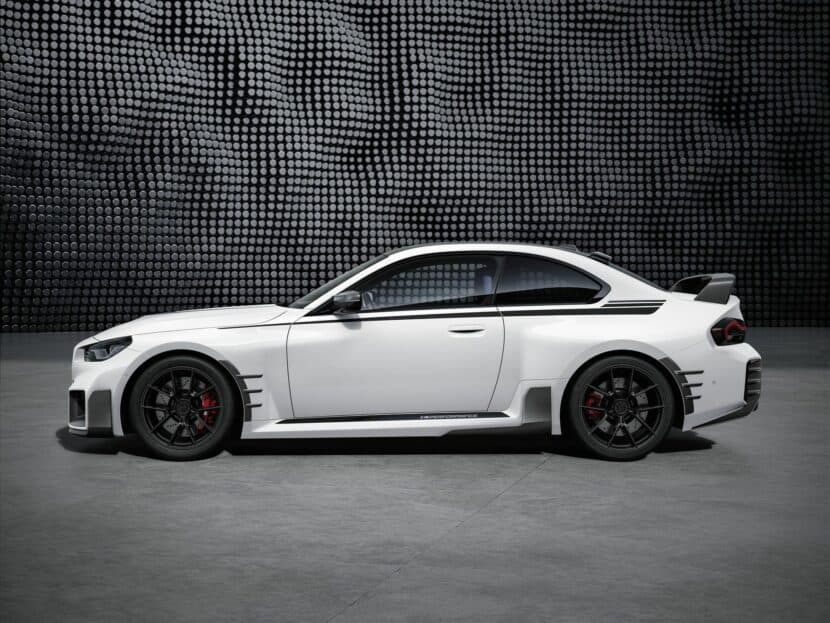 The new M Performance wheel option for the BMW M2 is easily one of the coolest add-ons you’ll find from the factory. Not only are they cooler looking, with their five V-spoke design, but they’re also likely considerably lighter than the stock wheels. However, the coolest part about them is the fact that they’re center-lock wheels. So rather than using five lug bolts to hold the wheel on, these have a single, center-locking one, a la the Porsche 911 GT3. Awesome. 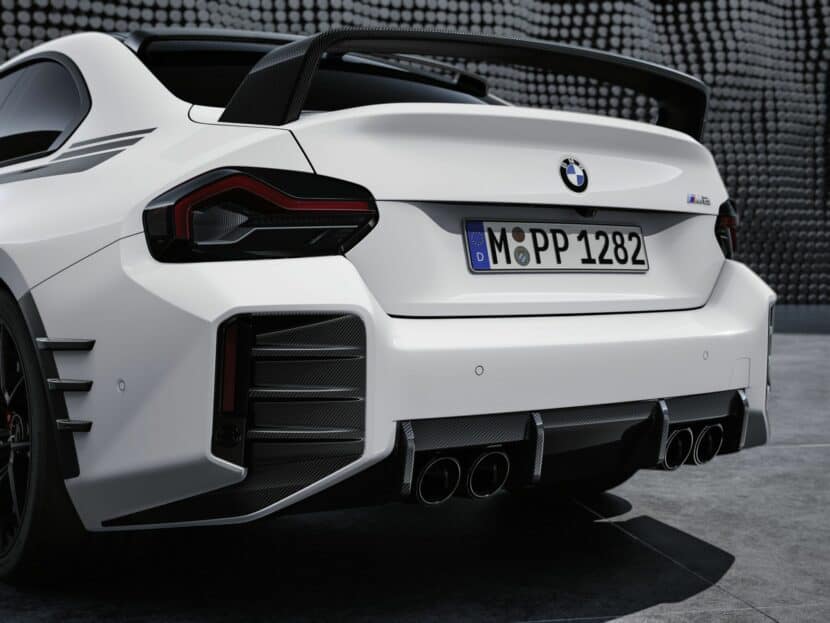 Usually, the M Performance spoiler is a tack-on trunk lid lip spoiler that does nothing, really. But this rear wing option for the G87 M2 is awesome. It’s a fixed wing that sticks up surprisingly high for a factory upgrade. It adds a surprisingly amount of visual drama to the car that makes it seem more fun. 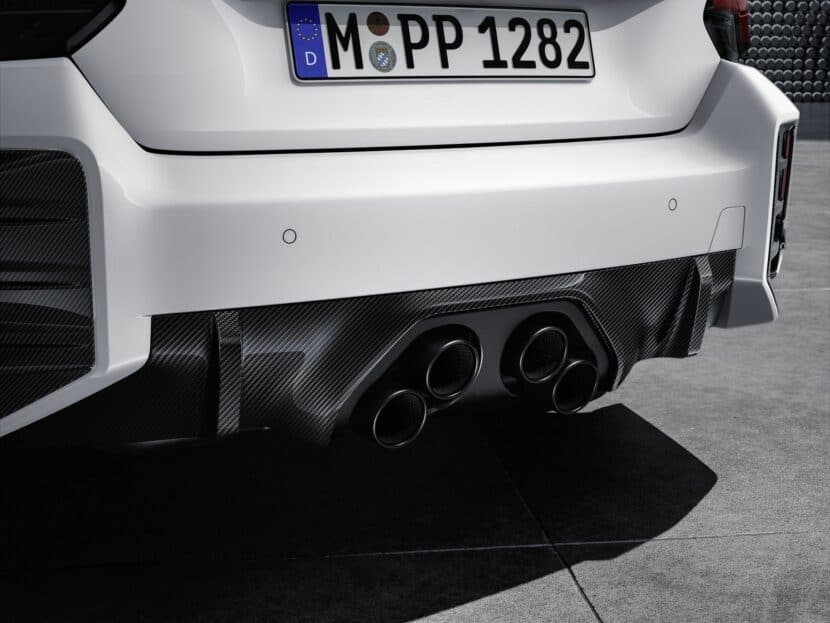 While I personally think this design is atrocious, I get why some enthusiasts really like it. The M Performance exhaust on this M2 first debuted on the BMW M3/M4 and it wasn’t really loved then, either. Instead of making each side of the rear bumper each house dual exhaust tips, BMW decided to make it tougher than it had to be. The M Performance exhaust rips out the old system and replaces it with a new system that has triangularly stacked quad exhausts in the center of the bumper. So it not only replaces the exhaust but the bumper as well. 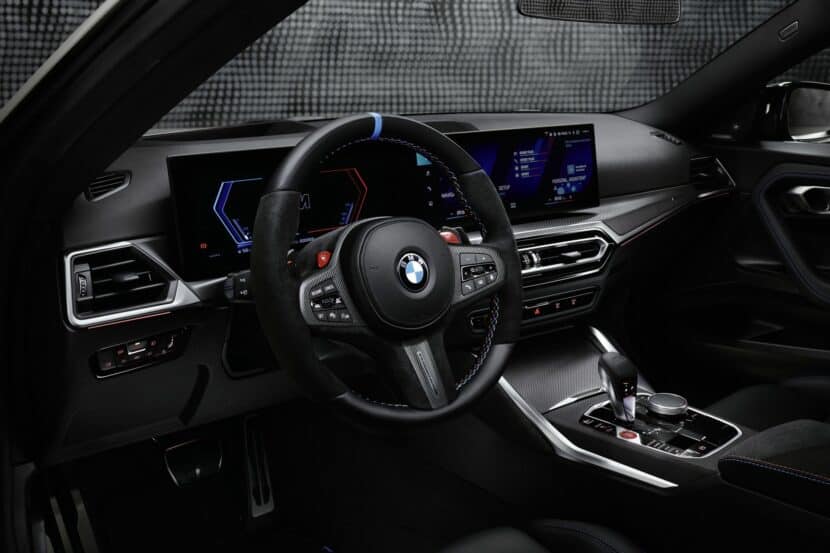 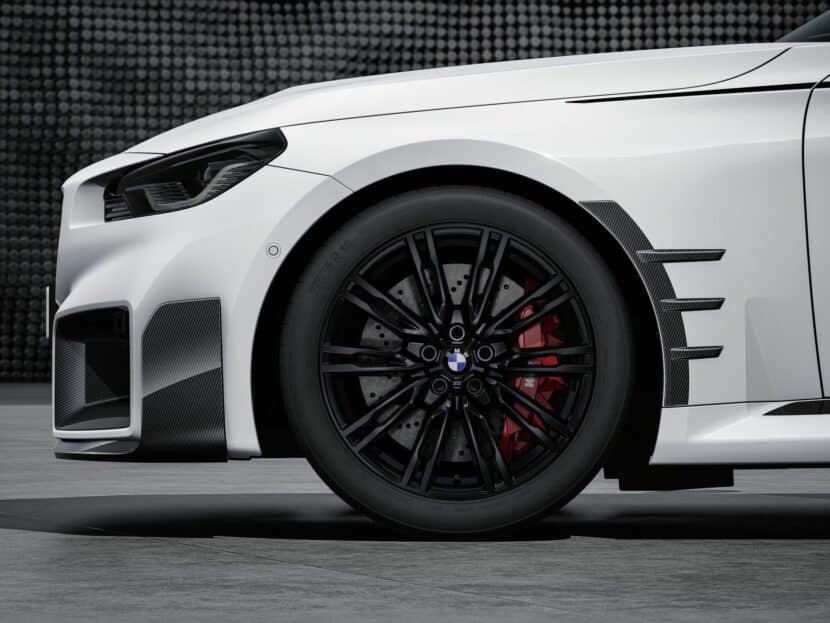 The BMW M2 also gets an M Performance aero package, which adds a carbon fiber front lip, carbon front winglets, carbon side skirt winglets, and funny looking side strakes. The package likely makes very little aerodynamic difference but it does make the M2 looks more aggressive, which might be appealing to a lot of customers.