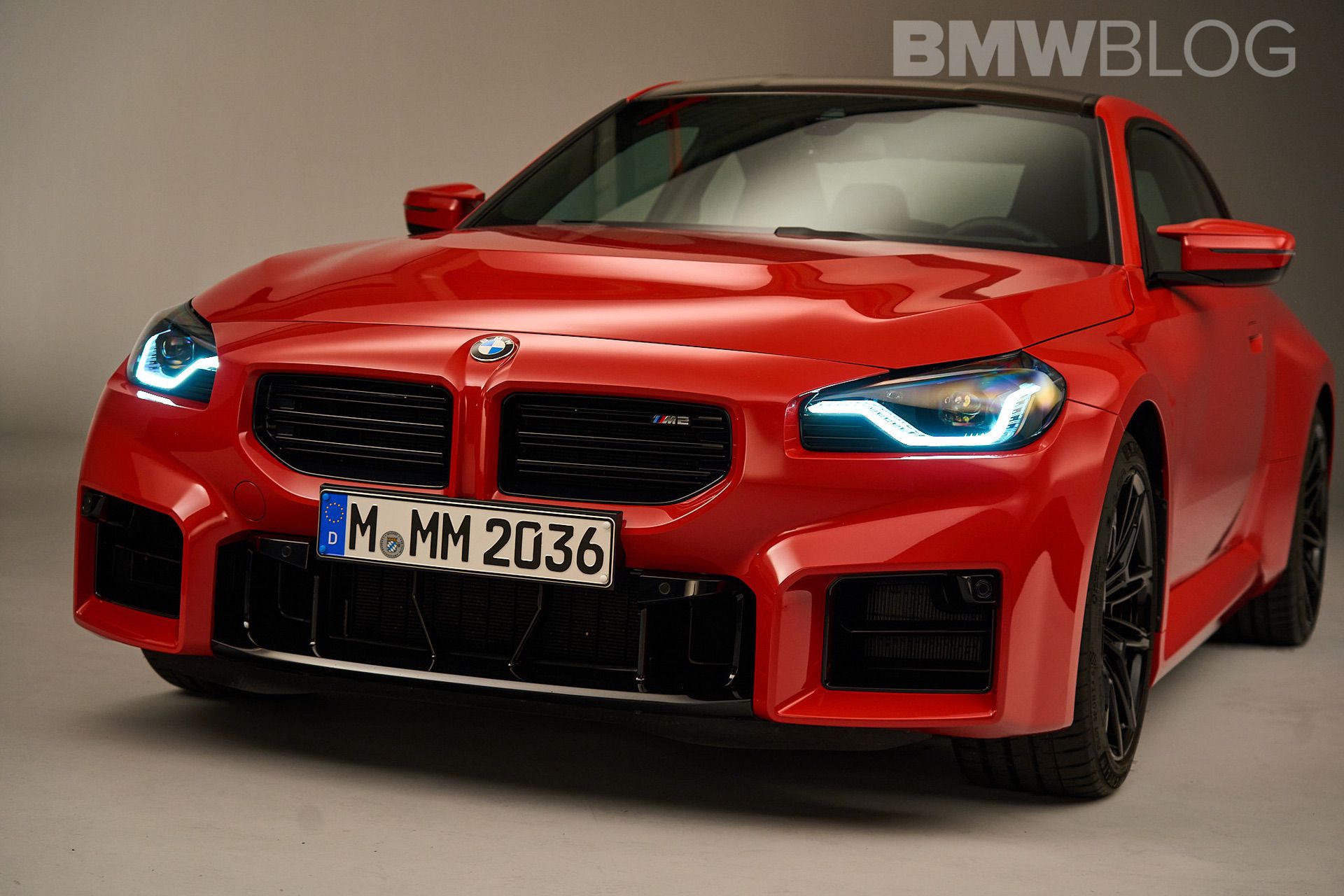 Much like every other BMW out there, the new BMW M2 G87 is available with a plethora of extra goodies. Depending on the region, the G87 will have several packages to build on an already generously equipped standard car. Starting with the most traditional standalone option, the high-performance coupe gets an M Driver’s Package that raises the top speed from an electronically capped 155 mph (250 km/h) to 177 mph (285 km/h).

In the United States, the 2023 M2 will get a Carbon Package at an additional cost. It encompasses M Carbon bucket seats, which are fully electric and heated. The body-hugging seats come with integrated headrests featuring illuminated M2 badges. Compared to the regular M Sport seats, the optional ones are approximately 24 pounds (nearly 11 kilograms) lighter thanks to carbon fiber-reinforced plastic (CFRP) in the structural elements of the seat bottom and backrest.

Carbon Package in the United States 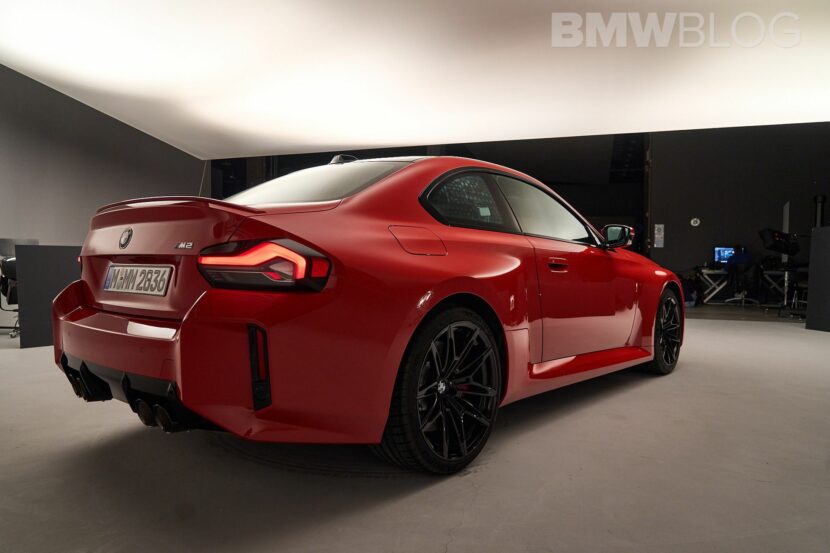 The lightweight seats are covered in black Merino full leather and have accents in the three famous M colors. In addition, the US-spec M2’s Carbon Package also includes the carbon roof and interior trim made from the same lightweight material.

Customers willing to spend more should know BMW will sell the 2023 M2 in North America with a Shadowline Package bringing dark accents for the headlights and quad exhaust tips. Moreover, a Lighting Package will provide full-LED adaptive headlights with an automatic high-beam function. 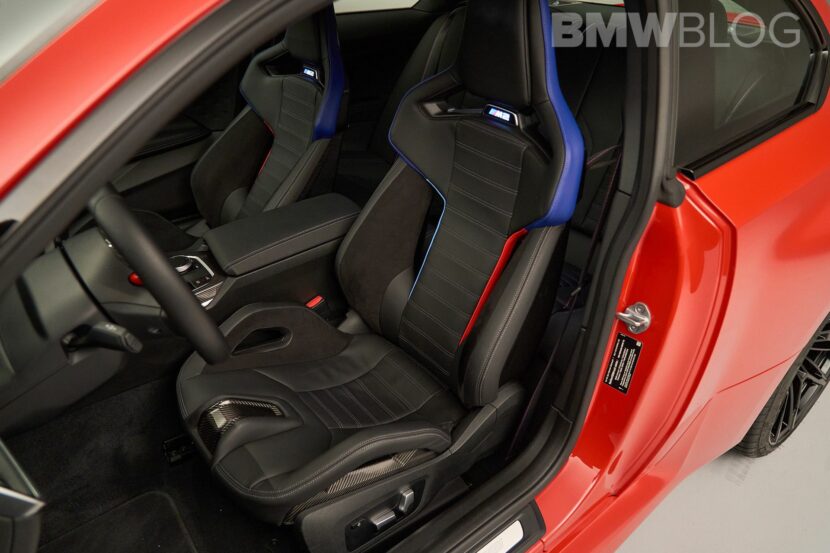 Over in Europe, the spicy compact car will be optionally available with an M Race Track Package. It’s essentially the same as the Carbon Package, encompassing the front bucket seats and carbon fiber interior trim. You also get the carbon roof, which by the way, shaves off approximately 13 pounds (6 kilograms). To sweeten the pot, BMW will also loosen up the top speed limiter so that the M2 can hit the same 177 mph (285 km/h) as its American counterpart. Optionally, track-only tires will be available.

On both sides of the ocean, the M2 gets blue brake calipers as standard but customers can ask BMW to paint them red as an option. Several M wheels will be offered, including a 20-inch front / 21-inch rear set from the M Performance Parts catalog. Go for the version equipped with the automatic transmission combined with the carbon fiber interior trim and the shift paddles along with the steering wheel trim will also come with a CFRP finish. 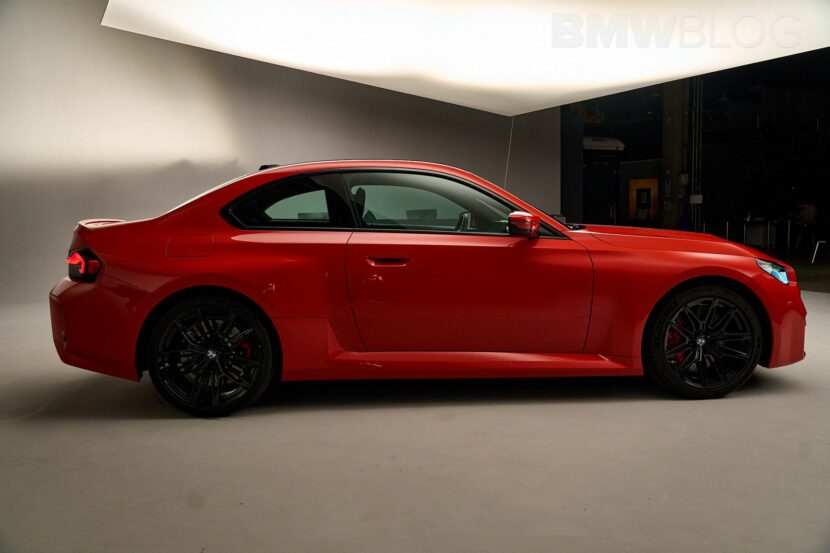 The G87 will also be sold with an electrically operated slide/tilt sunroof as standard in the US but optional in Europe. The roof’s transparent surface is 20% larger than what the old M2 F87 had, thus allowing additional light to come in and making the cabin feel more spacious.

An M-specific head-up display is on the list of optional features, as is the Driving Assistant with lane change warning, rear collision prevention, and rear crossing traffic warning. For the automatic model, Active Cruise Control (with stop & go function) is going to be offered for a surcharge. Exclusive to the M2 will be the Zandvoort Blue paint.

Launching globally in April 2023, the second-generation BMW M2 will start at $62,200 (plus $995 destination) in the US. With the G87, production is moving from Leipzig, Germany to San Louis Potosi in Mexico where the M240i and the lesser 2 Series Coupe derivatives are being built.