Now that the BMW M4 CSL is here, and reviews are starting to trickle out, we’re going to see it compared with many other cars, especially the Porsche 911 GT3. However, one way of measuring the CSL’s worth is to compare it with its own Bavarian siblings, which is something YouTuber Joe Achilles is uniquely equipped to do.

Achilles has owned and lived with both the BMW M3 Competition and M3 Competition xDrive. He’s also spent loads of time in the M4 Competition Coupe. So he knows the S58 powertrain intimately, understands how the the base car’s chassis/suspension/steering feels, and has a good grasp on its capability. Which means that when he jumps in the CSL, he can tell pretty quickly if it’s a big enough upgrade to warrant its massive price tag.

According to Achilles, in his latest video, it seems that the M4 CSL does indeed justify its cost. For starters, it’s bonkers fast, far faster feeling than the standard M4 Competition, which is unusual considering it barely has 40 more horsepower. Sure, it’s lighter but it still isn’t exactly light. Another thing to note is how much better the steering is, despite still having a frustratingly thick wheel. And it just feels more special than the standard M4. On the road, while wearing Michelin Pilot Sport 4S tires (Cup 2s are available), the BMW M4 CSL does seem to prove its worth, by being more exciting than the base car. 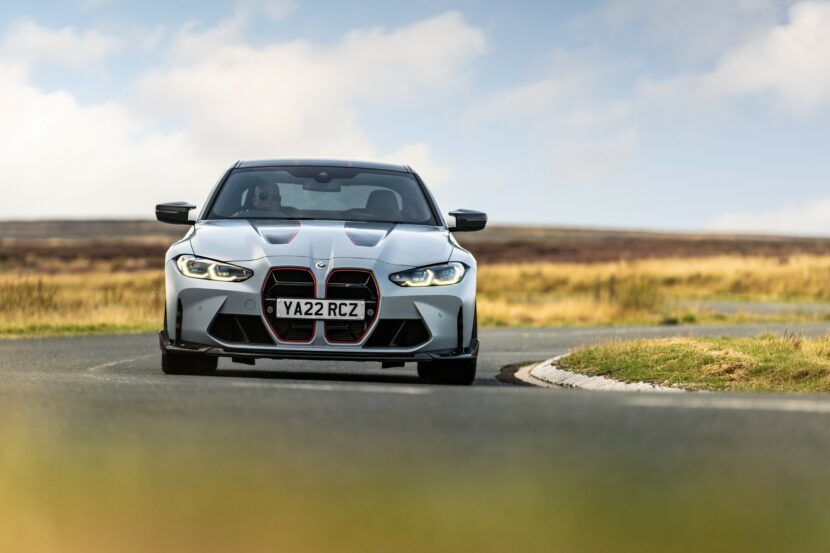 Although, Achilles does admit that it’s probably not a better car than the BMW M5 CS. While the M5 CS is a bit unfair, as it can fit four people, I sort of know what he means, even though I’ve never driven the M4 CSL. Reason being is that the M5 CS has a specialness to it that can’t be beat by any other M car at the moment. Hell, it might be the best driving sedan in the world, of any size, at the present. The M5 CS is one of those magic cars that BMW M engineers just got right. I still remember the feeling from behind the wheel and I miss it. So it’s going to be tough for BMW to follow that act in the future.

There’s still the case of the Porsche 911 GT3, though. The M4 CSL is about GT3-money but BMW claims it’s more practical and faster. However, for the same money, the 911 GT3 seems like a better value.