BMW Car Club of America organized a special event at Eatontown Circle BMW in New Jersey where people got to enjoy an eclectic collection of models. Even the parking lot hosted a few gems, including a lovely ALPINA B8 Gran Coupe in the typical green shade with multi-spoke wheels and an Ivory White / Tartufo leather interior. However, the event’s true highlights were inside the building.

BMW CCA managed to put the new M4 CSL under the same roof with an M5 CS and a Z1 roadster, plus a special appearance made by a 1991 M5 Daytona Violet Metallic. Being the new member of M Town, the Competition Sport Lightweight was the star of the show, flaunting its Frozen Brooklyn Grey color with red contrasting accents inside and out. 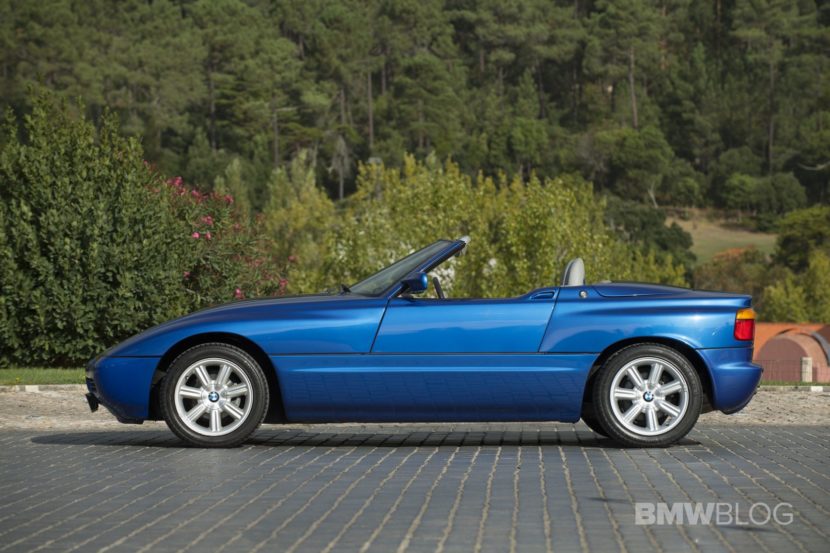 The M4 CSL, M5 CS, and Z1 are all limited-run models as BMW is making only 1,000 units of the hardcore two-seater coupe while the super sedan was limited to a single model year. As for the tiny roadster with its awesome sliding doors, just 8,000 vehicles of the original Z car were ever made between the late 1980s and early 1990s.

The E34 M5 is also a rare car as there can’t be too many painted in that color. It has 139,000 miles on the clock and remains in great condition – at least visually – despite its venerable age. There was even a rarer M5 Touring from that generation, with just 891 ever made by BMW M between 1992 and 1995. The first M wagon was superseded by the E61 M5 Touring in the 2000s and rumor has it there are plans for a comeback around the middle of the decade.

It will probably be a while before we’ll see a Z1 posing next to an M4 CSL, two cars that are both fun but in vastly different ways. Those two M5s are the more practical of the bunch and go to show how the super sedan formula has dramatically changed from the E34 to the current F90.