Of all the third-generation BMW X1s we’ve seen lately, this has to be one of the most expensive builds. It’s based on the most potent gasoline version available upon launch, the xDrive23i, and comes in the highest trim level by featuring the optional M Sport Package. For the first time ever, an Individual paint is available for Bavaria’s entry-level crossover. However, it’s going to cost you as this Frozen Pure Grey metallic color is an extra €2,300 in Germany. Alternatively, Individual Storm Bay is a much more reasonable €1,200.

Aside from the fancy paint job with a matte finish you’d expect to see only on an M car, this X1 (codenamed U11) also has some nice wheels. BMW has never offered its baby crossover with 20-inch wheels until now, and this design comes from the Individual catalog. However, our photos of an X1 in Utah Orange from over the weekend showed you can go even a size larger and opt for a 21-inch set as an M Performance Parts upgrade. 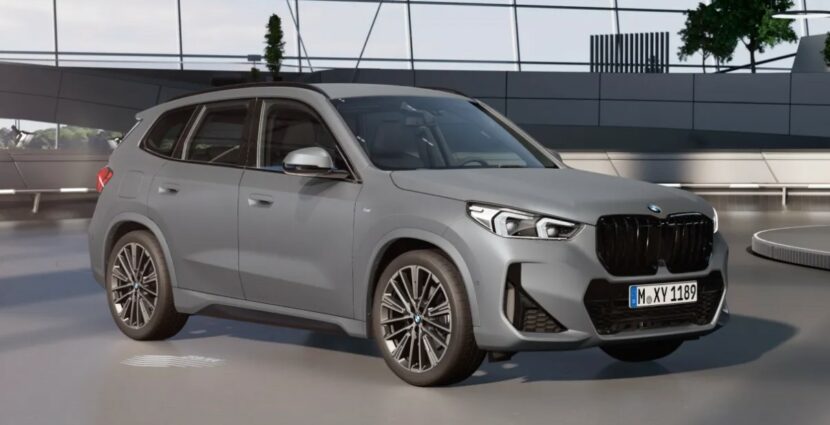 With a blacked-out kidney grille and other dark body accents, this X1 xDrive23 also has the Shadowline upgrade to further set it apart from a standard model. Although the interior keeps things simple with a black theme, we do have to point out the Vernasca leather upholstery, which adds another €1,300 to the vehicle’s final bill.

You end up with a 2023 X1 that costs nearly €70,000, which is a lot of money to pay considering this isn’t even the hot M35i version due in 2023. However, the extensive list of options goes to show BMW has added new layers of sophistication to its base crossover. You can get the X1 for as low as €43,900 in the most basic configuration, but those willing to shell out more money have numerous extras to choose from with the new model.

Aside from the aforementioned M Performance, BMW will diversify the X1 lineup furthermore soon with two plug-in hybrid versions: xDrive25e and xDrive30e. These PHEVs will complement the purely electric iX1, which itself is expected to spawn a front-wheel-drive configuration to join the AWD-only launch model (iX1 xDrive30).