The 8 Series LCI was the first product released by BMW in 2022, but also the most underwhelming in terms of changes. Even a diehard fan would have a hard time pointing out what has changed without taking a quick look at the press release published in late January. This applies to all three flavors of the 8er: Coupe, Convertible, and the Gran Coupe.

Seen here is the more practical four-door model, featured in the M850i guise and a desirable San Remo Green Metallic pain that looks great on just about every BMW out there. Offered exclusively with xDrive, the M Performance version lacks the 50 years of M anniversary emblems available throughout 2022 to celebrate half a century of the performance division.

The G16 hasn’t received much coverage since the LCI was released, but this new video puts the spotlight on the swoopy sedan with its blacked-out grille. Speaking of which, the 2023 model year makes the illuminated kidneys and M Sport Package standard across the range while the interior boasts Individual Merino leather without ticking any boxes on the options list. 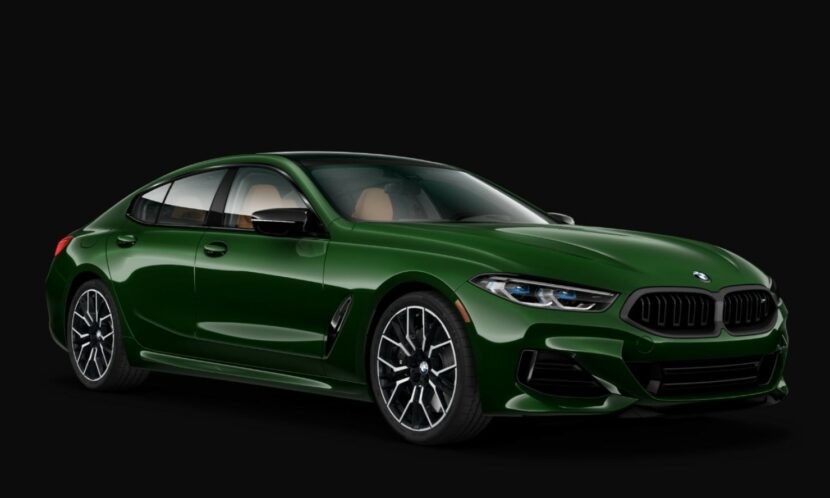 In this case, the M850i facelift has a Tartufo/Black interior where the infotainment is still the old iDrive 7, but now with the display bumped to 12.3 inches from the previous 10.25 inches. The touchscreen, therefore, has the same diagonal as the digital instrument cluster to enable a somewhat symmetrical layout.

Recently introduced models like the 3 Series LCI, 7 Series G70, and the X7 LCI have not only switched to the iDrive 8, but also have a small gear selector instead of the old bulky shifter still in use for the 8er. Interestingly, the 8 Series Gran Coupe is officially touted as having a 4+1 seating layout courtesy of a narrower third seat in the middle, which BMW claims is comfortable enough for short journeys.

A similar configuration will set you back a little over $100,000 in the United States where the fully fledged M8 Competition Gran Coupe starts at $134,100 before options.