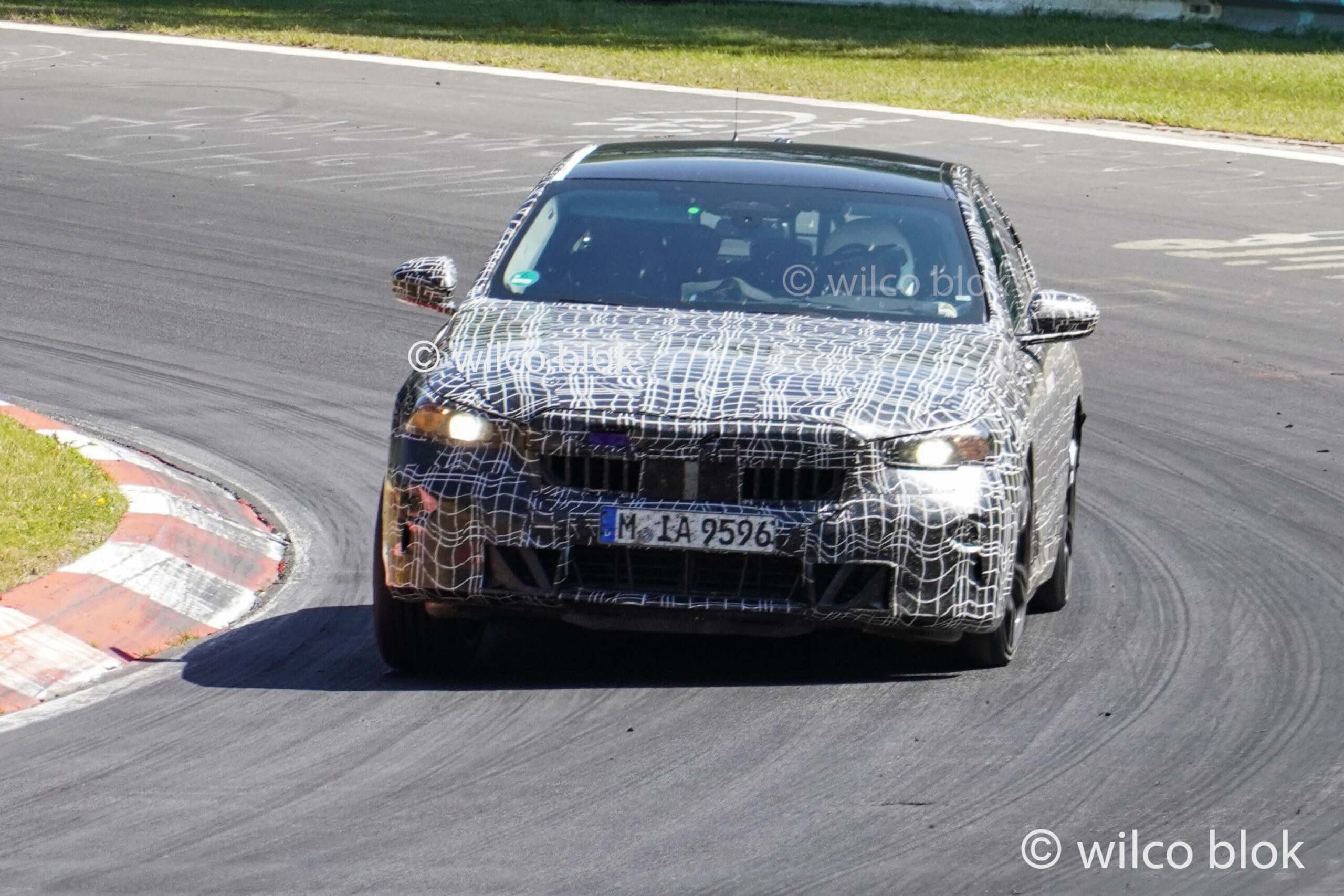 BMW’s plan for its future design language is going to be two-fold. All of its uber-high-end luxury cars will get split headlights, big grilles, and ostentatious designs, such as the 7 Series and X7. However, anything less luxurious will get more subtle, simpler designs, such as the next-gen 5 Series, and we get to see that in these new spy photos. (We don’t own the spy photos but they can be seen here)

These new photos show off a bit more of the 5 Series‘ design than we’ve seen before. It’s still heavily camouflaged but there’s less than usual, which means you can clearly see its crisp shoulder line, almost all of its kidney grille, the majority of its headlights, and some of its taillights. So far, it looks simple, crisp, and handsome. While its grille is big, it’s nowhere near as monstrous as the 7 Series’, which is a very welcome sight. It also looks pretty well integrated into the front end’s design.

Its headlights are interesting, in that they wrap around the fenders similarly to the E60 5er’s. They sort of swoop upwards as they blend into the fenders, similar to Bangle’s famous E60. It’s a design we’re going to have to see uncamouflaged and in the flesh to determine whether it works. However, it does look promising.

The sharp shoulder line looks nice, too, as it adds a subtle athleticism to its side profile. And, as with all new BMWs, it gets flush door handles. One minor note on BMW’s flush door handles: BMW, please add some grip to the underside of them because they’re smooth and small and my fingers slip off easily.

While we can’t see the interior of the 5 Series in these photos, you can expect it to have iDrive 8 and the same new digital dials as cars like the 7 Series, iX, and i4. For the most part, the setup is an improvement over previous iDrive 7 setups, though we do hope BMW brings back physical climate controls.

Overall, this next-gen 5 Series looks to be a handsome, sophisticated, and sporty looking sedan. It should separate itself well from its Mercedes E-Class rival by being a bit more athletic looking. Thankfully, though, BMW is keeping it simple with the 5er and isn’t giving it a face like an irradiated beaver. Hopefully, that same handsome design makes its way to the upcoming BMW i5 and M5 and BMW doesn’t pull a switcharoo on us like it did with the 3 Series and M3.