Are Premium Pickup Trucks Inevitable for BMW and its Competition?

Home » Are Premium Pickup Trucks Inevitable for BMW and its Competition? 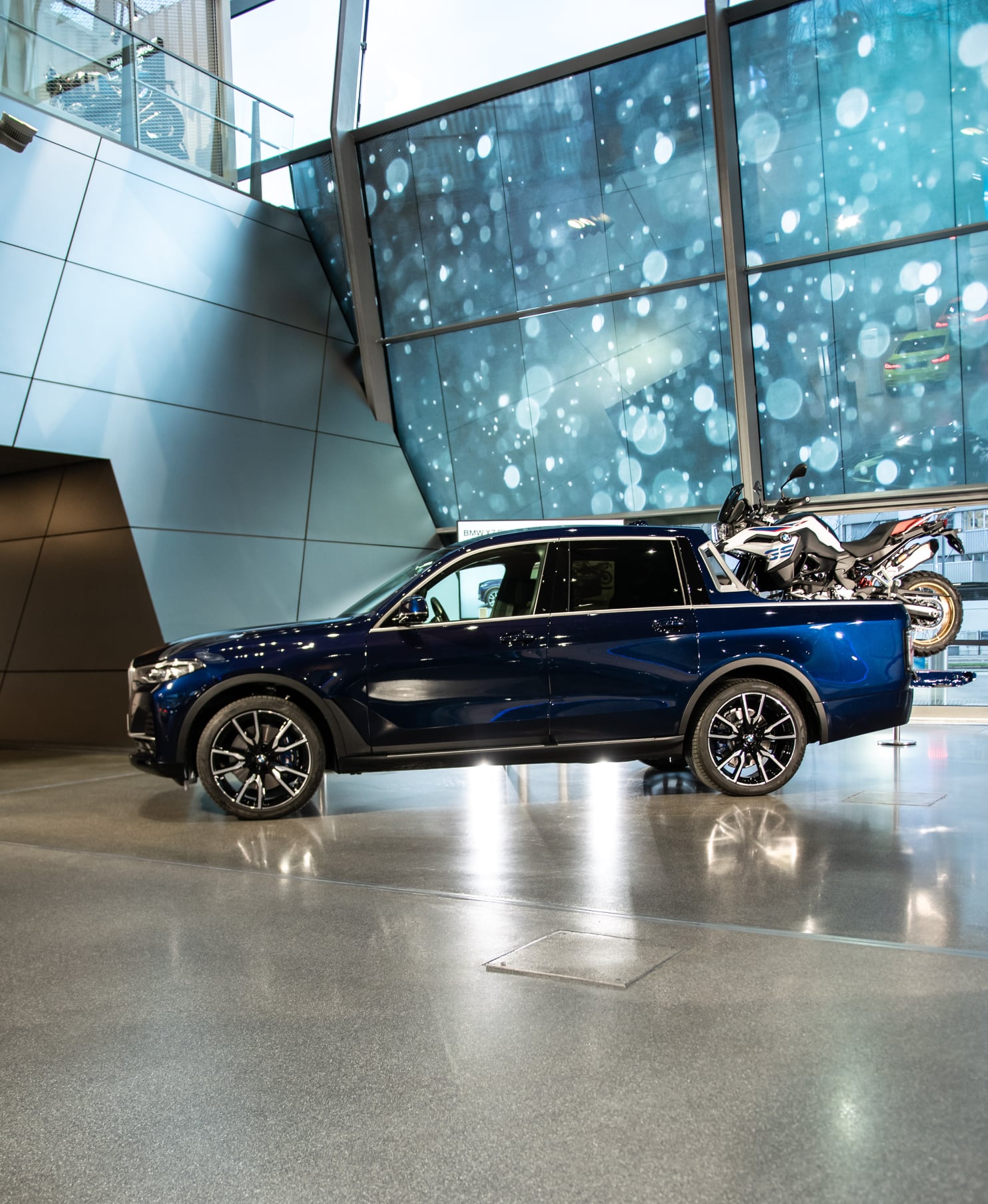 When the Tesla Model S first debuted more than a decade ago, it changed the automotive landscape forever. Tesla told the world it was going to do it again, with the Cybertruck but, like most recent Elon Musk projects, it never actually came to fruition. Instead, another brand beat Musk to it and changed the automotive world again, with an all-electric pickup truck—Rivian. The Rivian R1T proved to the world that electric pickup trucks are not only incredibly useful and practical but can also be fun and premium. And it’s only a matter of time before BMW and its premium German rivals follow suit.

Customers who’ve never been interested in pickups are now interested in the Rivian R1T because it isn’t your typical truck. It’s comfortable, quiet, premium, well thought out, and even seriously fast. It can off-road better than almost anything on the market, run a 0-60 mph time of about three seconds, tackle a twisty back road like a sports car, comfortably take a significant other on a long road trip, and even handle the school run. It’s a true do-it-all vehicle and it’s literally changing how many customers view pickups.

Once BMW realizes that there’s a real market for premium electric trucks, it’s almost certainly going to join in. It would have to. An electric BMW truck would likely focus more on comfort, practicality, and on-road performance than off-road performance but it would still likely be rugged enough to handle a trail or two. It might even be pretty cool. I’m imagining some sort of desert rally truck, with roof lights, all-terrain tires, and some of BMW’s old-school Dakar rally bikes in the bed.

If the idea of a BMW truck leaves a bad taste in your mouth, remember that people felt the same about the original X5. The idea of BMW making a sports utility vehicle seemed like madness back in the late ’90s. And now BMW makes more SUVs and crossovers than it makes cars. A pickup truck would be no different. BMW could also make a wide range of pickups; big luxury pickups to appeal to X5 buyers and even small, sporty, ute-style pick ups to appeal to 3 Series buyers.

I won’t lie, at first I thought a BMW pickup was a dumb idea. But the more thought I give it, the more I like the idea, especially if BMW were to sportier ones, like a Bavarian, all-electric Subaru Brat. That would be killer, I think. Make it happen, BMW.