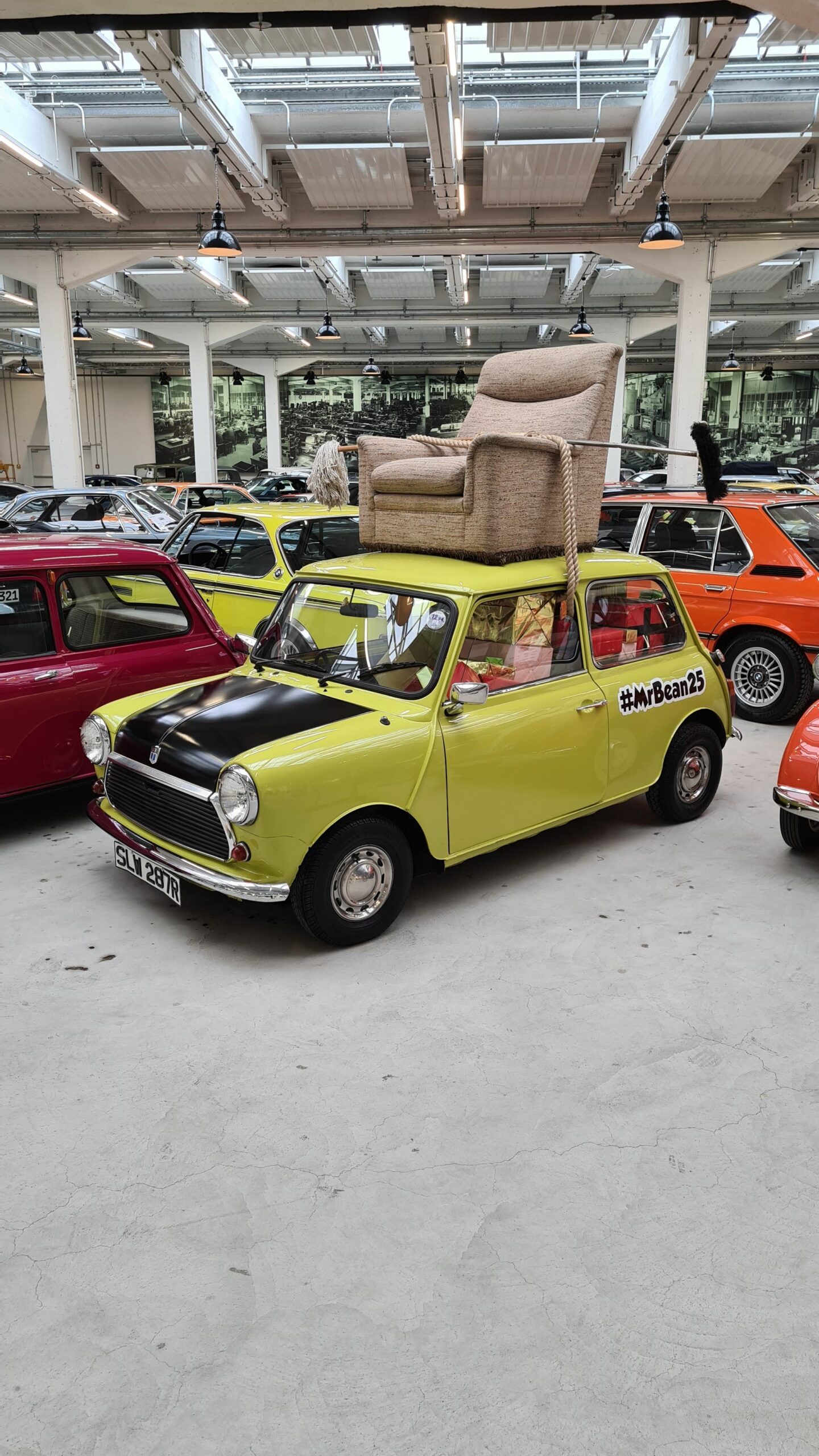 Mr. Bean, the lovable goofball played by Rowan Atkinson, is famous for a few things: getting into hilarious hijinks, making silly noises, and driving a classic Mini. The classic Mini first made its appearance in the Beaniverse in 1990 but the actual car itself is a 1974 model, packing a 1.0-liter four-cylinder engine, with 34 horsepower and a four-speed manual gearbox. So it was pretty slow but that’s fitting for a man who regularly causes accidental mayhem.

The classic Mini used in the Mr. Bean show and movies currently resides in the BMW Classic museum, still wearing its iconic yellow paint with its black hood. It even has the padlock on the driver’s door. It’s also packed full of packages, has a chair tied to is roof, and is even signed by Atkinson himself. Interestingly, it even has a second set of driving gear in the car, with a second steering wheel and what seems to be another linkage to control the gear lever. I’m assuming that’s for a stunt driver to use while Mr. Bean was driving it from the aforementioned roof couch. 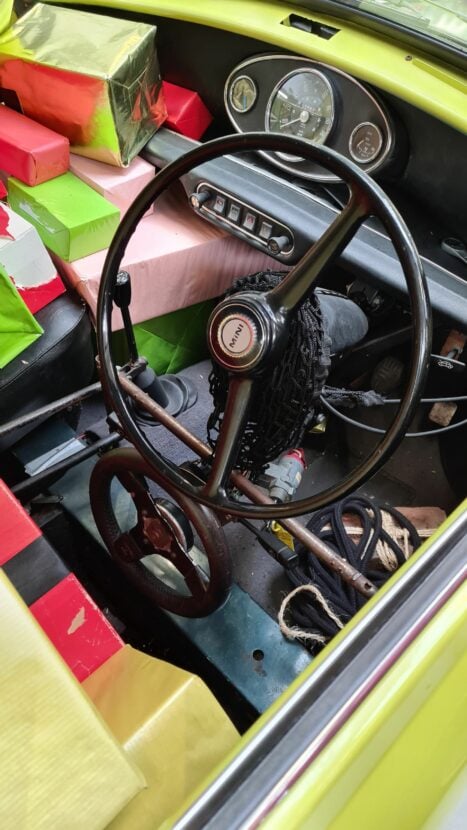 It’s hard not to love a classic Mini. They’re just so good looking, simple, and fun. Mr. Bean’s Mini isn’t as icy cool as those used in the original Italian Job (not the Mark Wahlberg remake) but it’s still an iconic piece of both automotive and film history. Mr. Bean is one of the most beloved funny characters of his time and his Mini was featured in many of his adventures.

The ironic part is that Rowan Atkinson is actually a famed classic car fanatic and racer. He races historic classics regularly and has owned many iconic cars, including a McLaren F1, which he’s totaled and repaired twice. So, in many ways, Atkinson is a big part of BMW’s legacy, as the Bavarian brand is attached both Mini and the F1. [Photos: www.instagram.com/shmarc150] 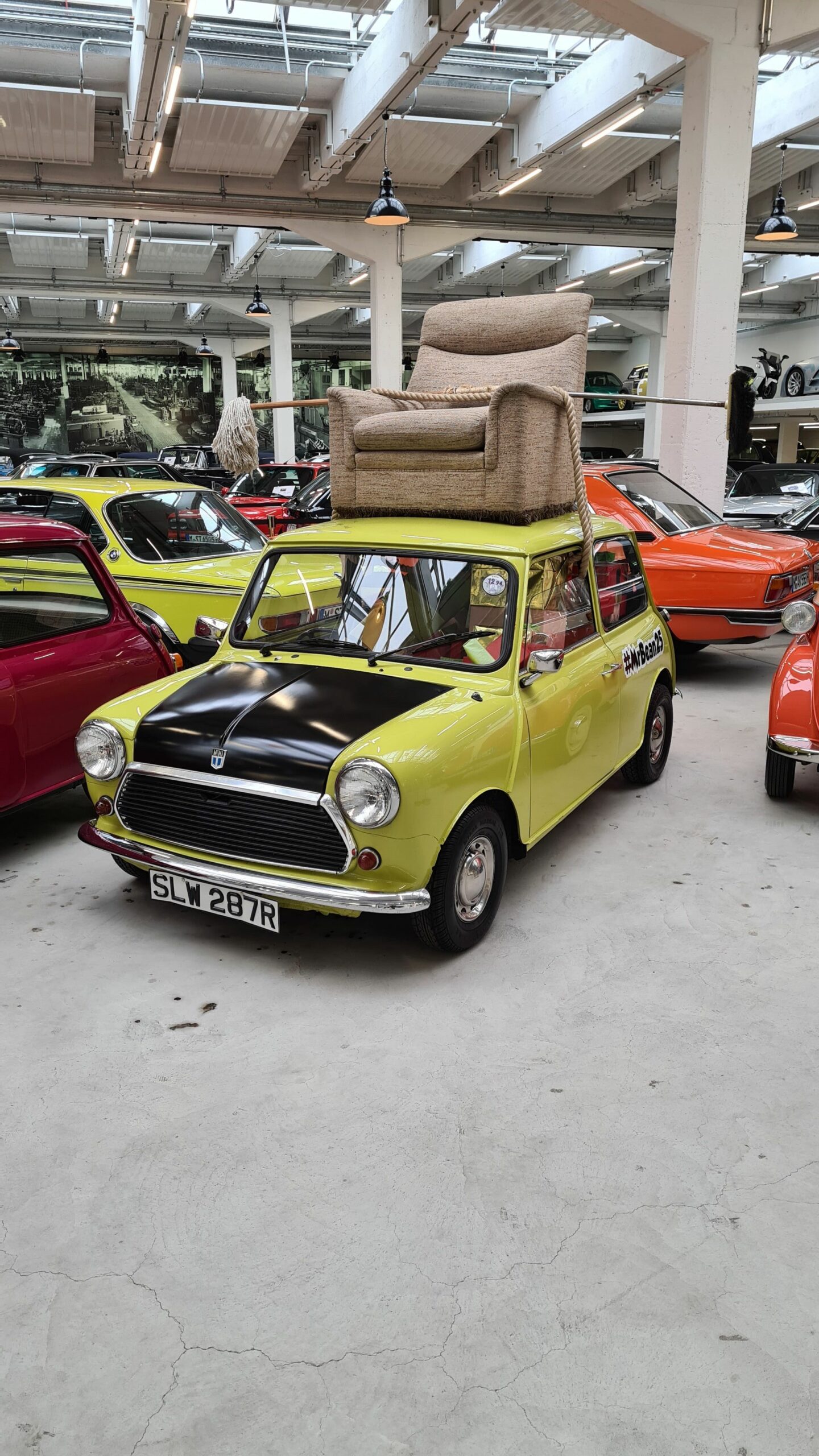 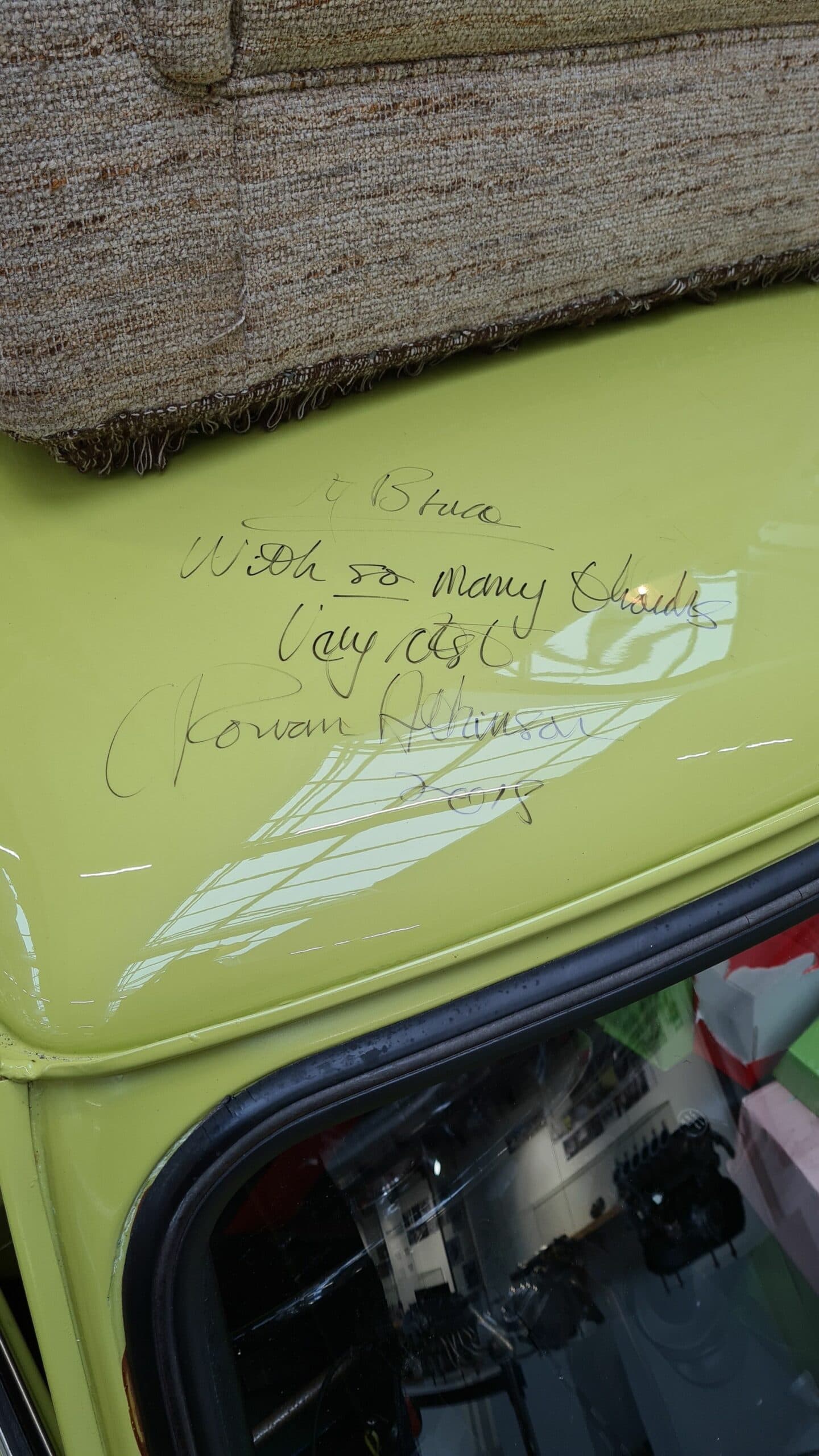 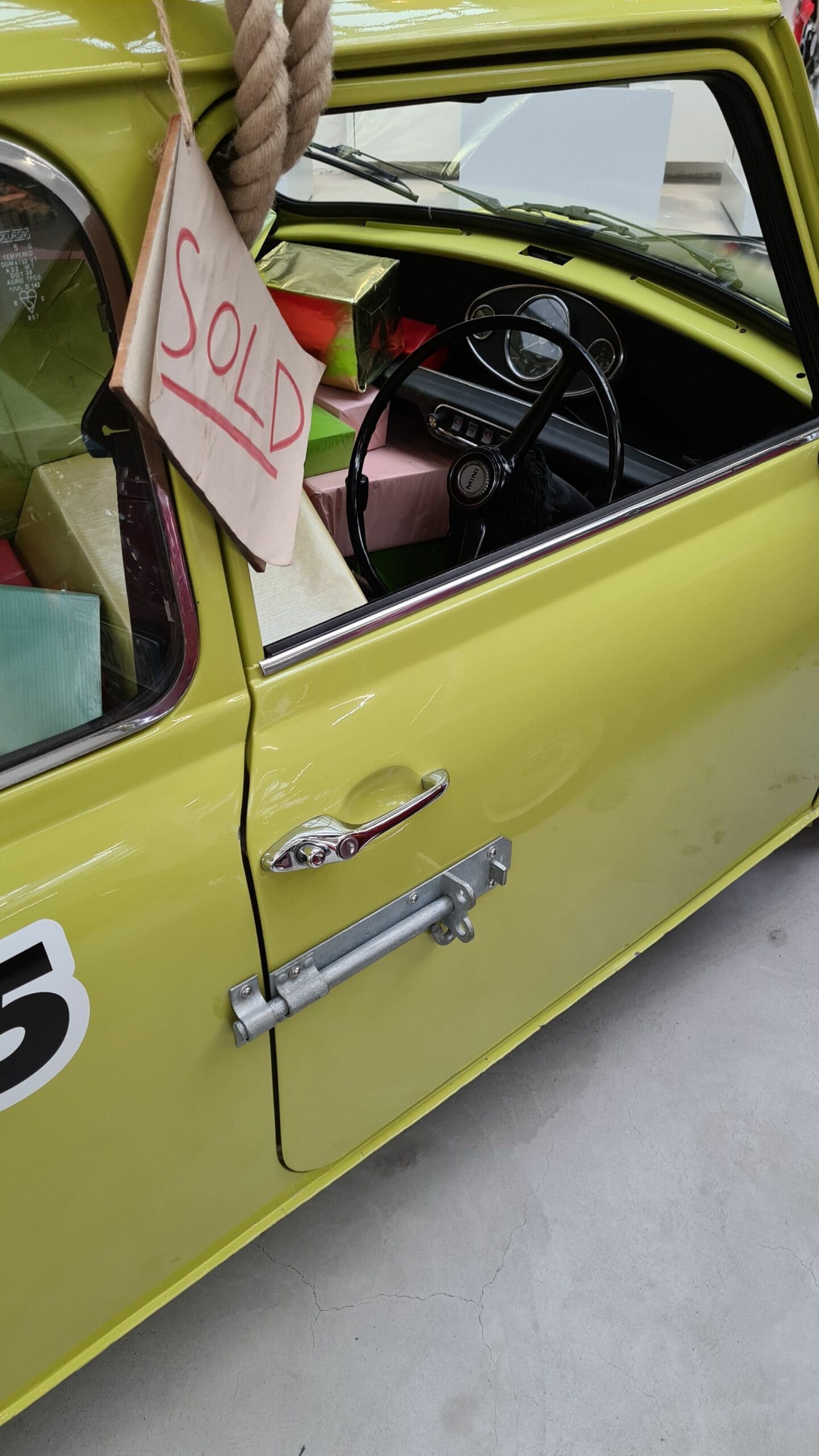 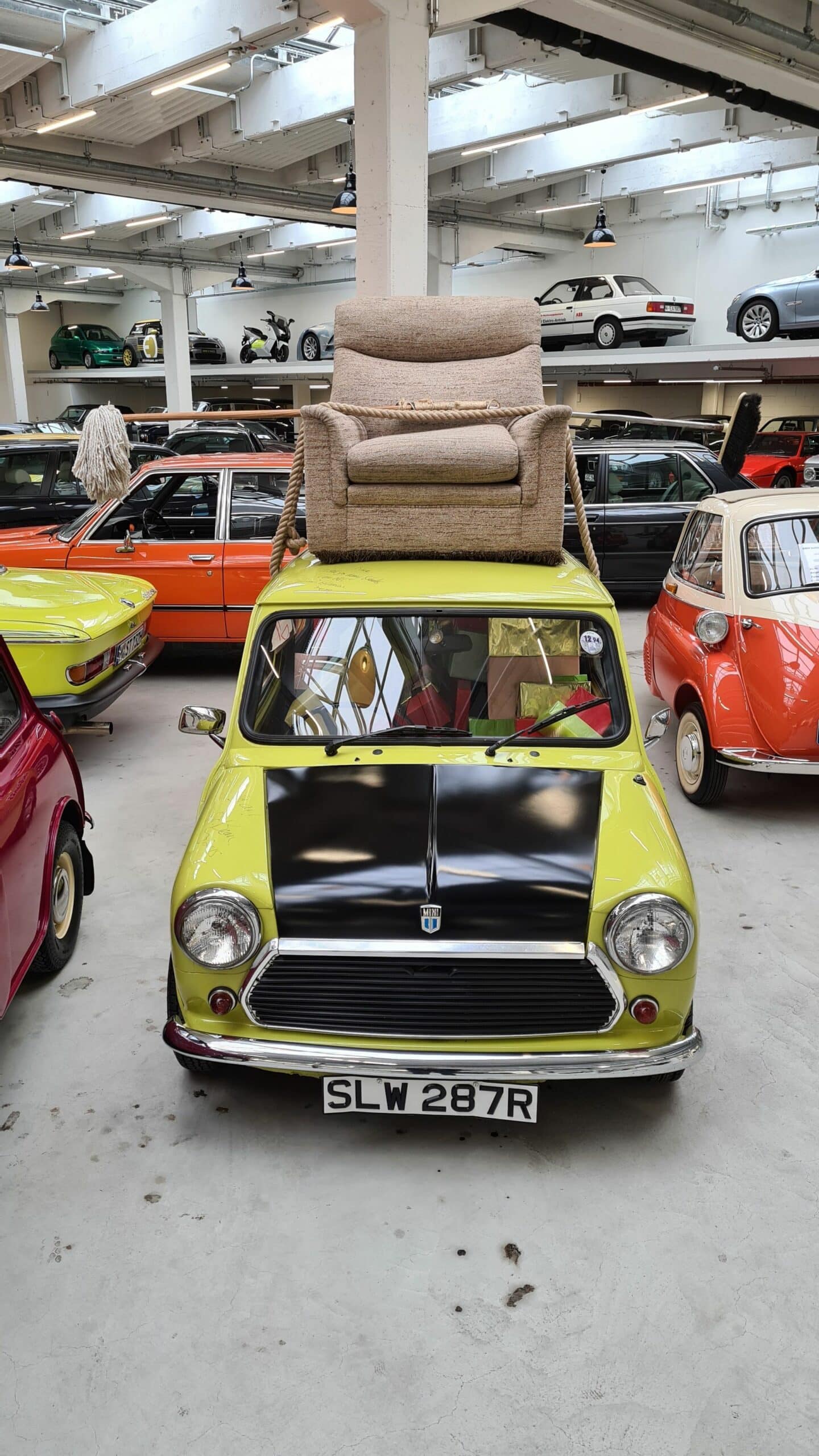 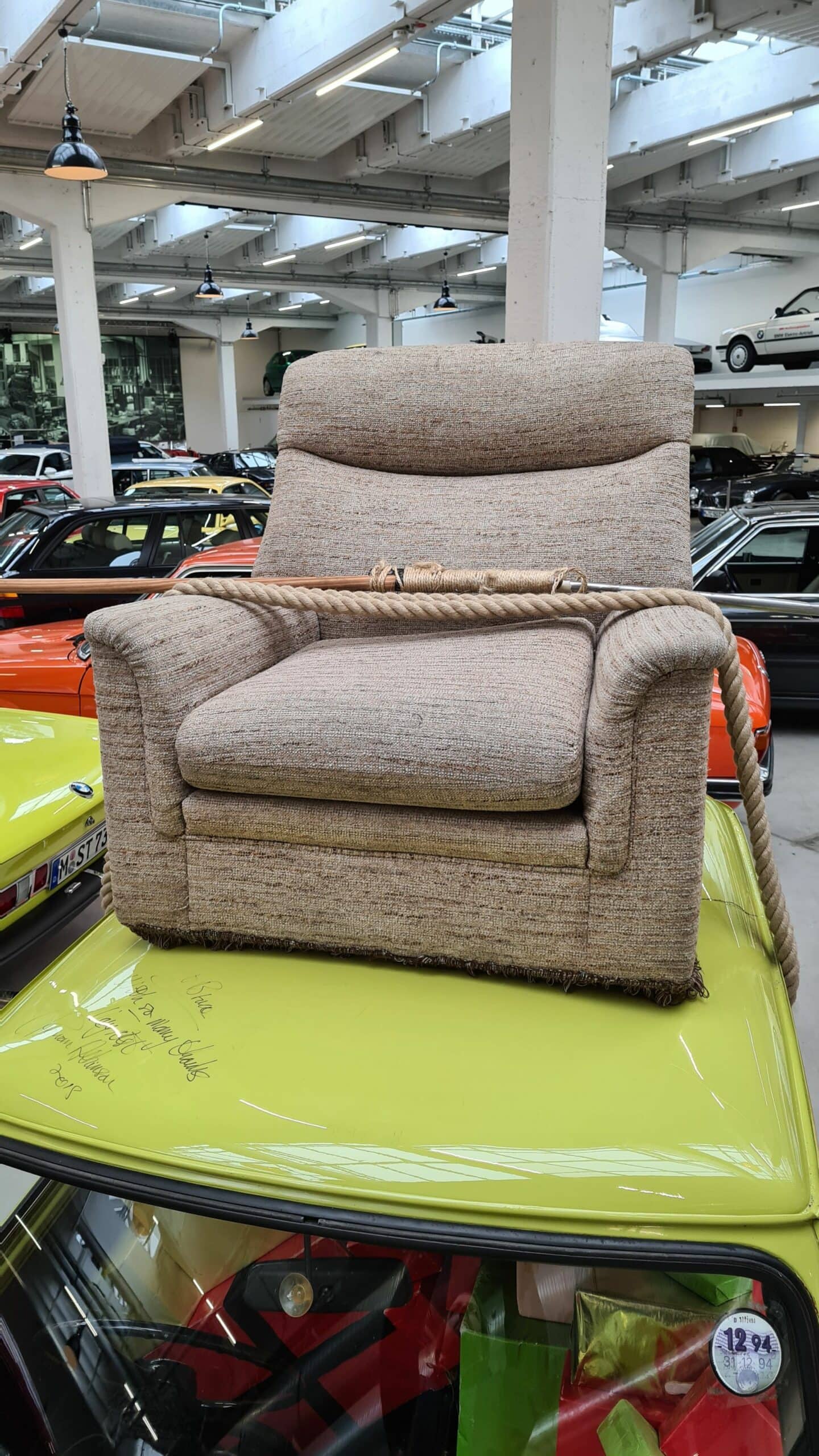 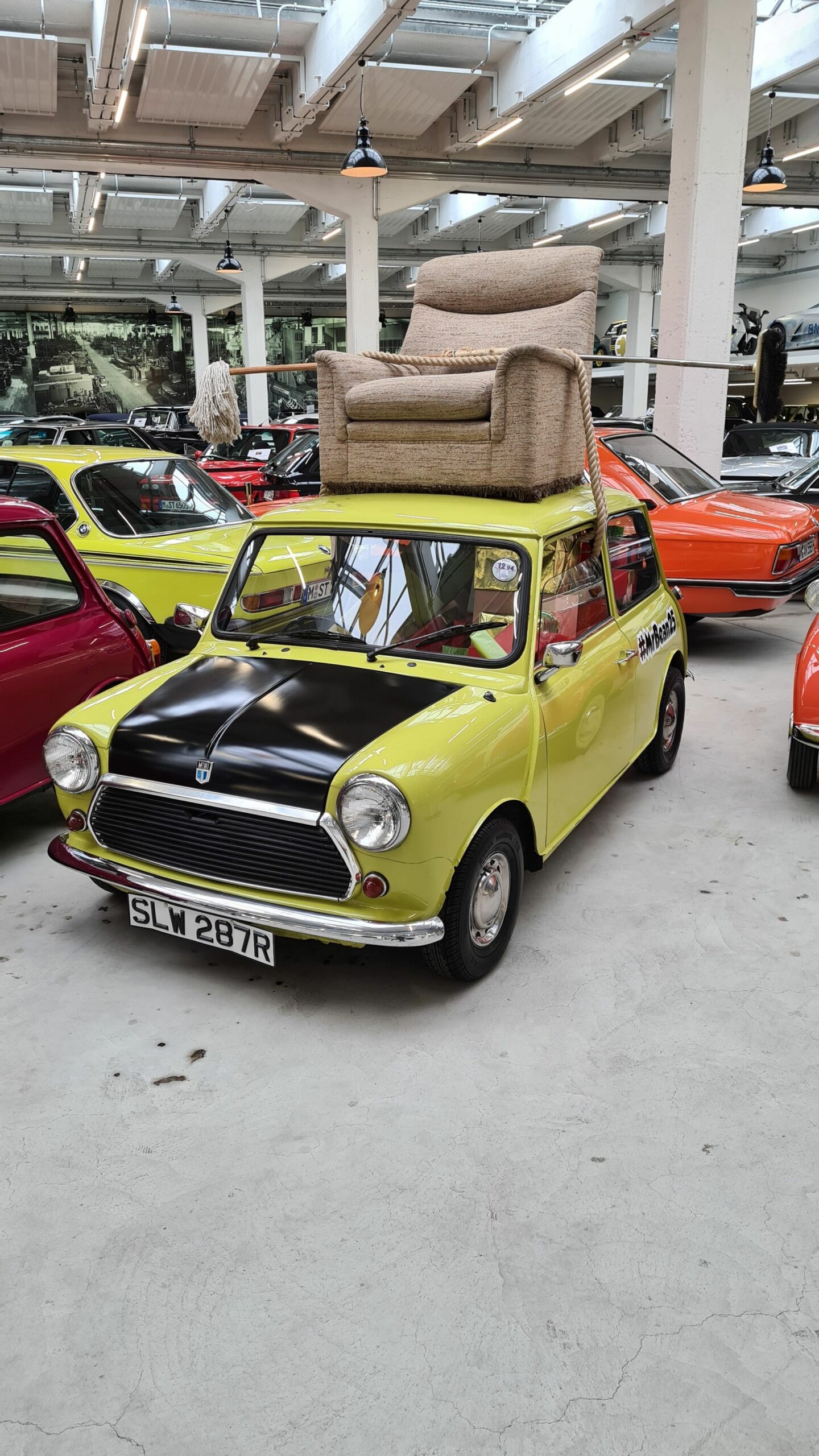