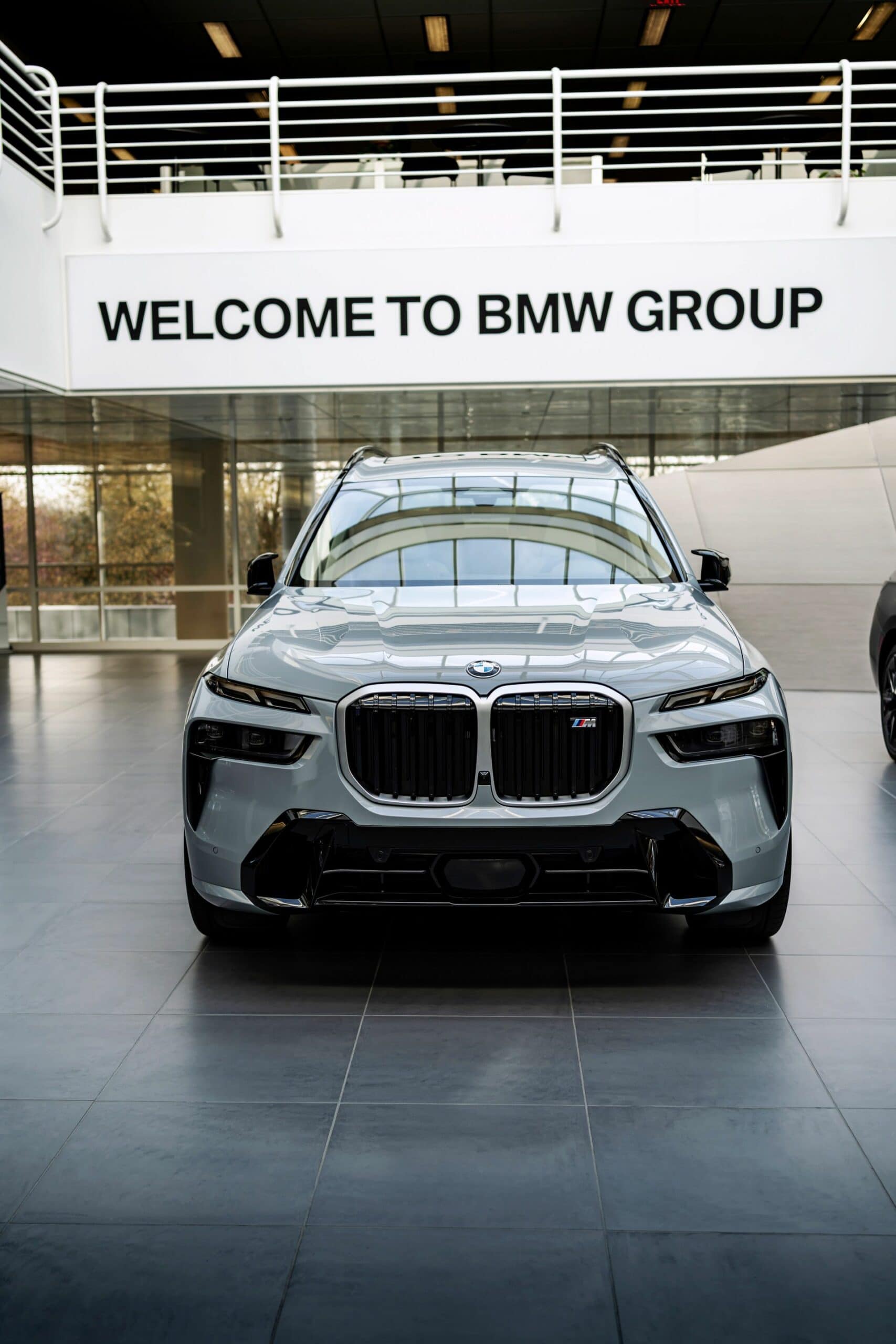 First press drives of the refreshed 2023 BMW X7 Facelift are just around the corner. But ahead of the media reviews, factory dealership BMW of Manhattan stopped by the BMW of North America Headquarters for a photoshoot with the X7. The floor model is the first-ever BMW X7 M60i, the successor of the M Performance M50i. The most expensive X7 is painted in a new color: Brooklyn Grey.

But of course, the split headlights are the big news. As with its 7 Series and XM cousins, the BMW X7 Facelift gains a new split headlight design that’s entirely different from any other headlight design in the brand’s history. It’s a bold new design direction for a car that’s already polarizing. The headlights are now split into two halves, upper and a lower. The upper half features a modern, slimmer take on the signature dual-halo BMW headlight design, by offering two slim, upside down hockey stick LEDs. Out back, the BMW X7 Facelift’s taillights are nearly identical to the pre-LCI taillights, except they have a bit more depth and are darker in color.

Even though it’s not featured in these images, the interior refresh is quite substantial. The main update you’ll notice is the massive new iDrive 8 screen, borrowed straight from the BMW iX. Not only is it the same screen but it’s implemented the same way, with a floating design, so it now hangs over the expansive piece of wood trim on the dashboard. Along with the iDrive 8 screen, the BMW X7 Facelift now gets the same new digital dials as the iX, which is joined with iDrive 8 to make one massive screen. More subtle updates include the light bar on the passenger side of the dashboard, which reads “X7”, and the iX-style shift toggle, which replaces the old shift lever.

For the most part, BMW has always distinguished its M Division models with unique engines; engines that were only available on proper M cars. There were a few exceptions over the years — such as the BMW 1M which used an N54 engine from the Z4 — but, typically, M cars have M engines. However, this newest M Division engine, dubbed “S68”, will actually be used in more than just M cars moving forward. While it is still a proper M engine, it will also be used in several upcoming M Performance cars as well.

On paper, the new S68 might not seem all that different from the old S63 that powers all current V8 M cars. Just like the old S63, the new S68 is another 4.4 liter twin-turbocharged V8 with a hot-vee design. In the BMW X7 M60i, it makes 530 horsepower, which is only seven more horsepower than the standard N63 that powered the pre-LCI X7 M50i. Differentiating it even further is the 48-volt mild-hybrid system. The S68’s mild hybrid (MHEV) system is different than any other BMW MHEV system, though. Interestingly, the transmission is new as well. It’s still a ZF eight-speed unit but it’s all-new, design to handle the 48-volt mild hybrid system. 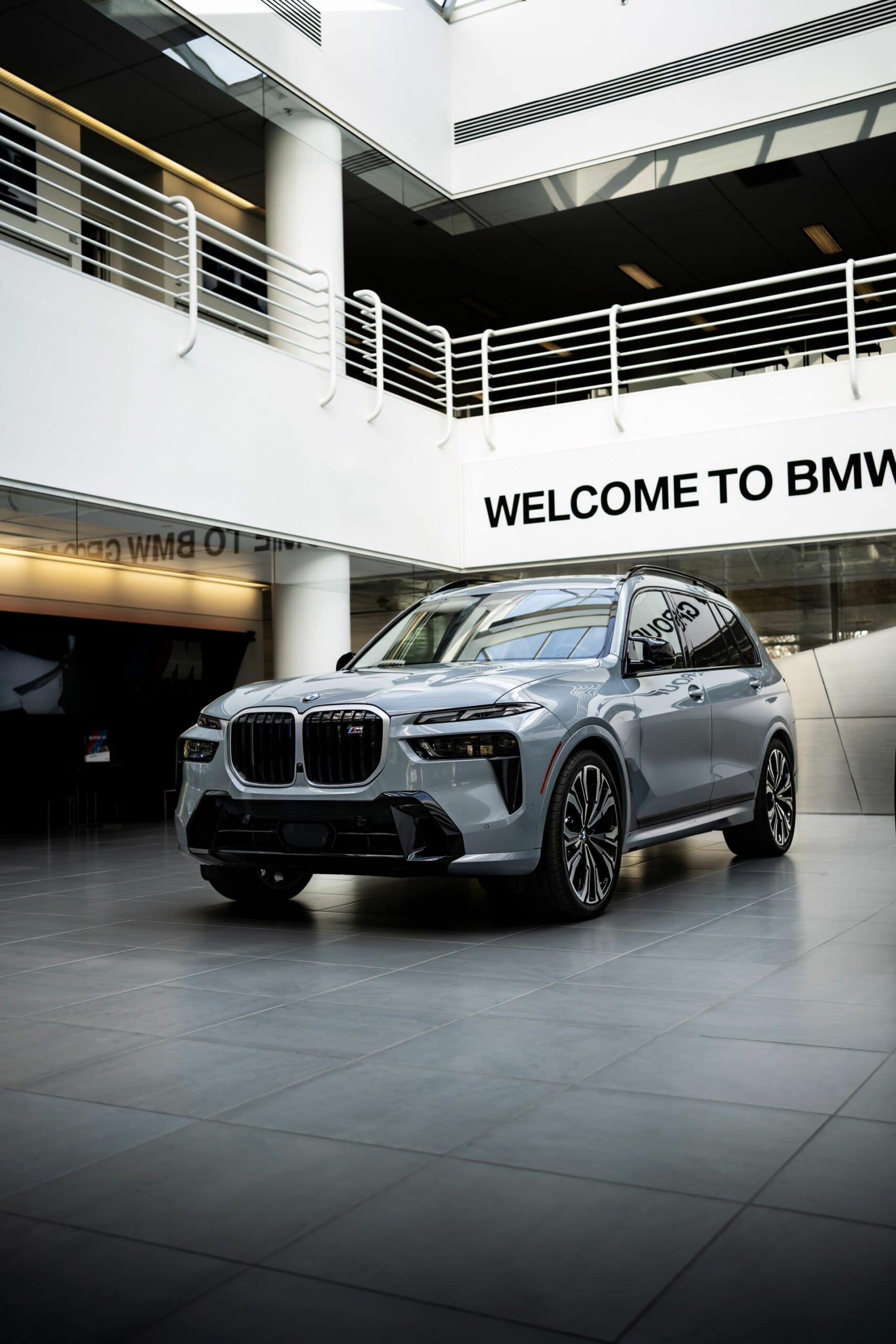 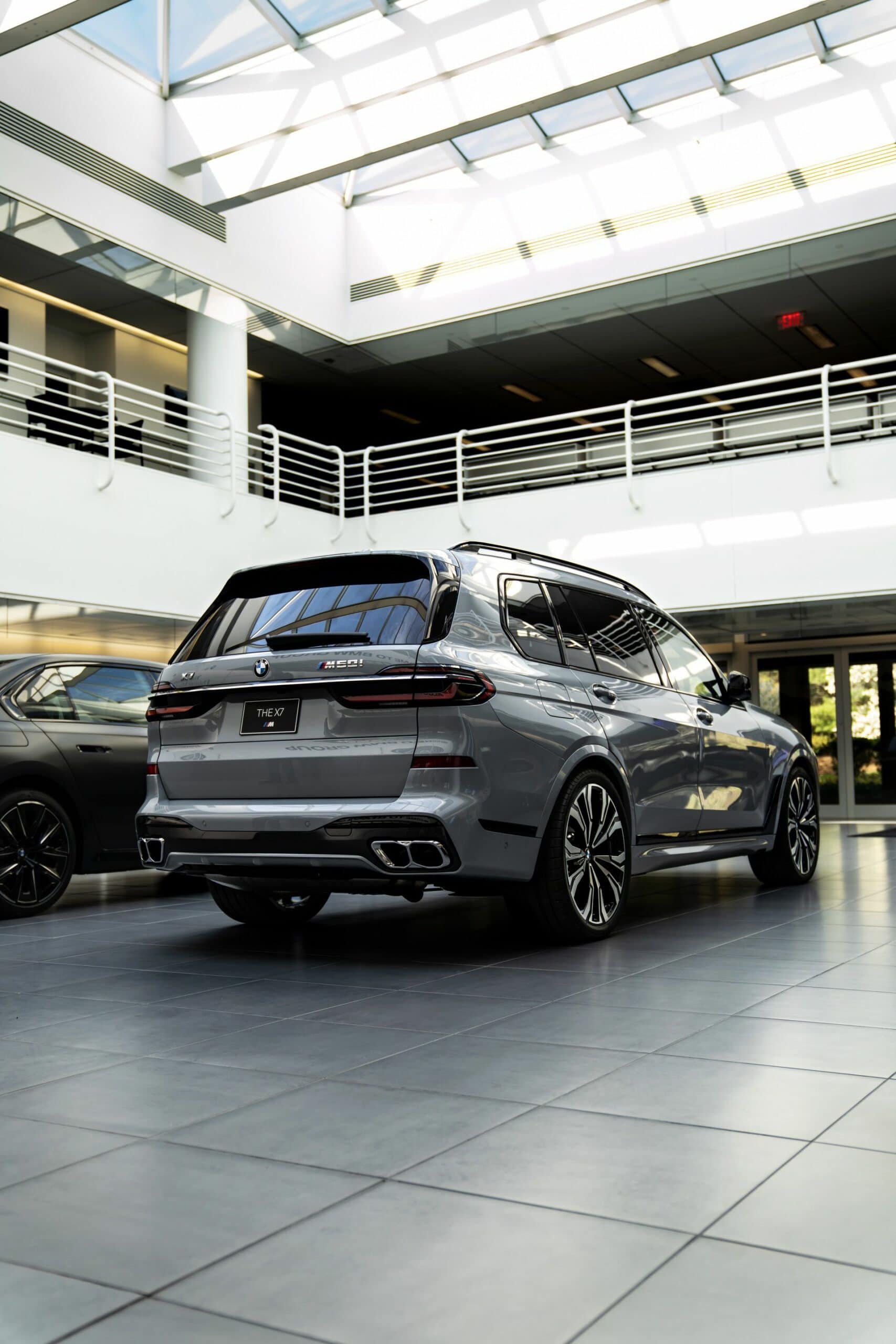 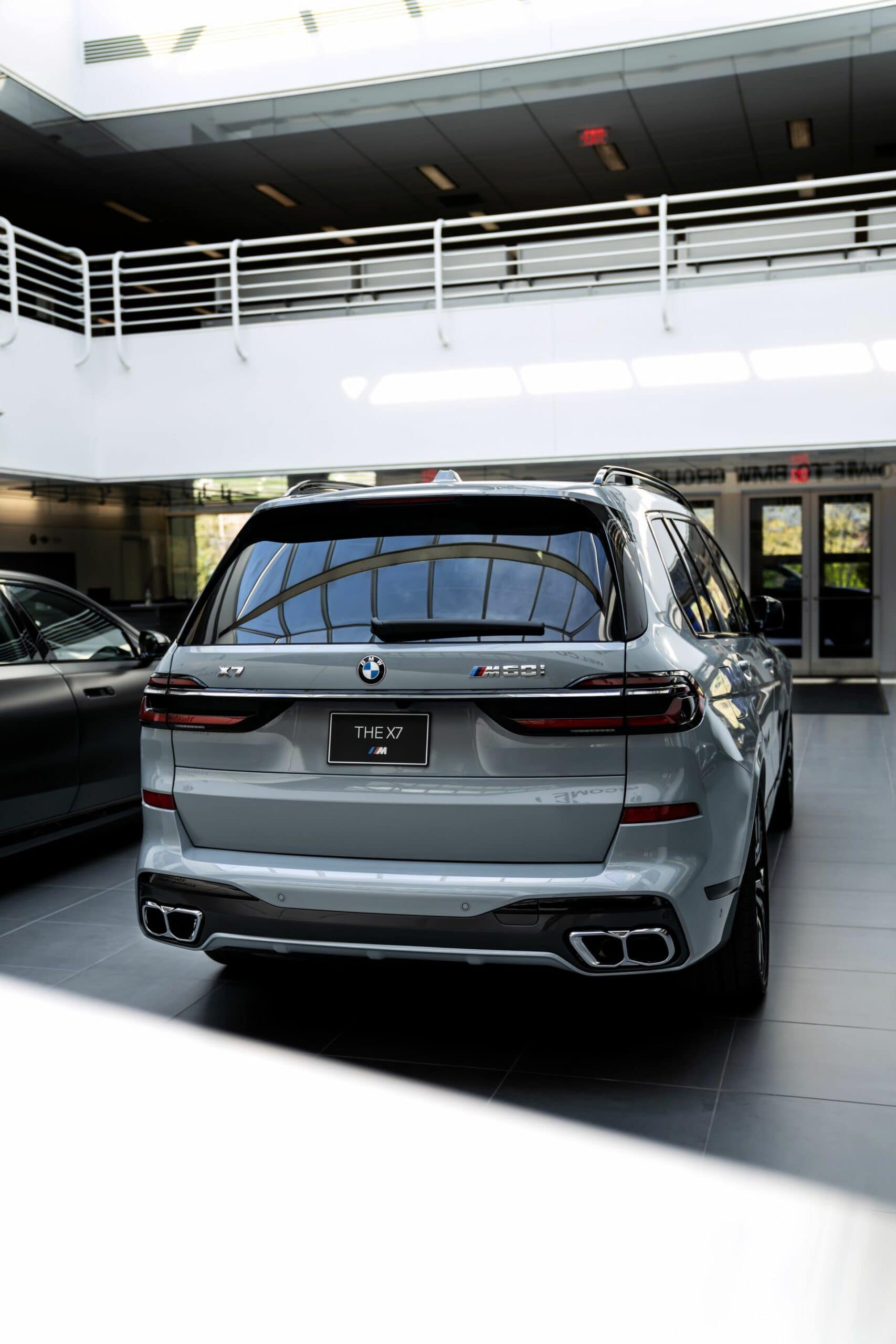 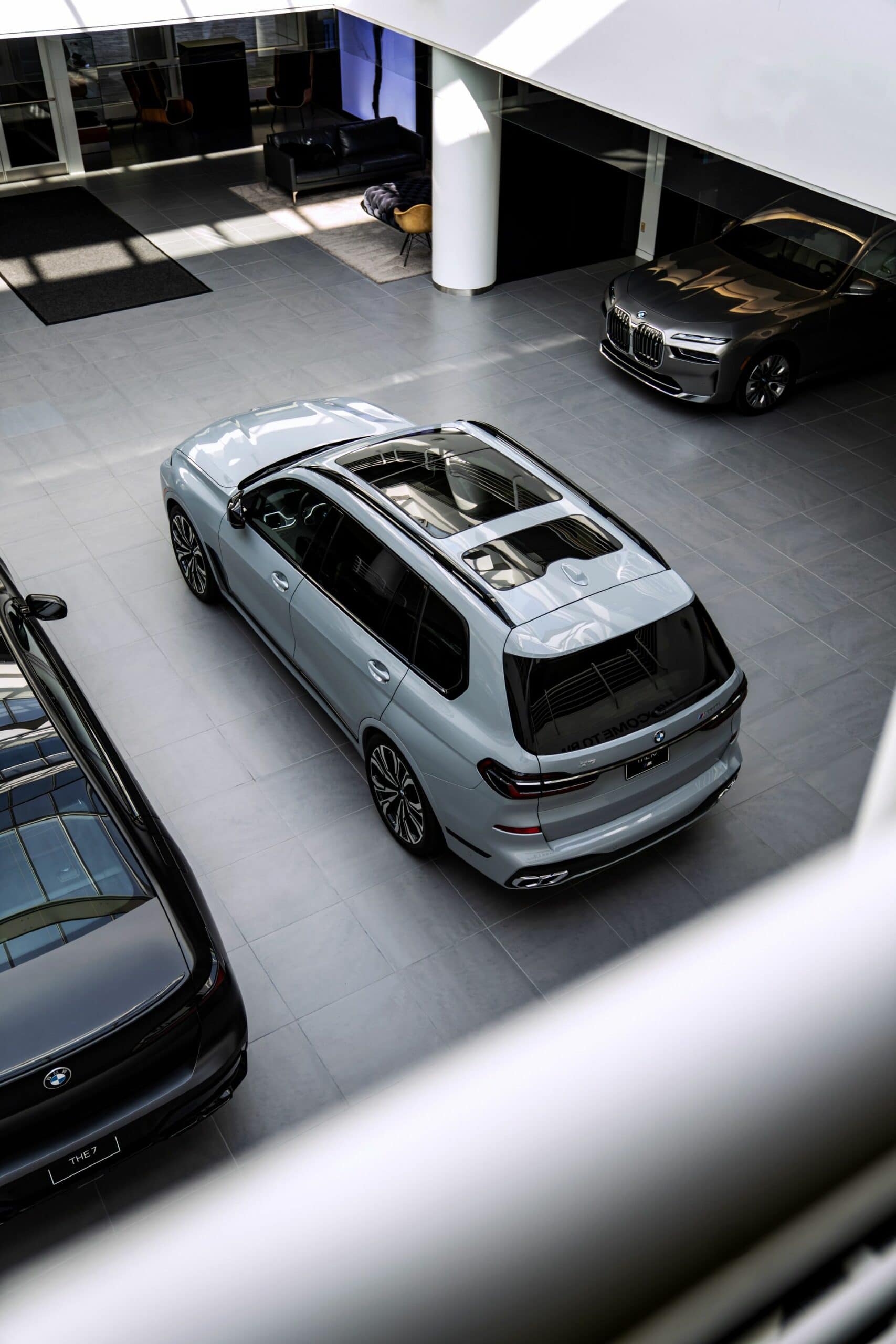