Performance cars take many shapes as enthusiasts can pick from a wide variety of body styles and drivetrain configurations. Take for example the BMW M5 and the Audi R8, a big and heavy luxury sedan and a mid-engined supercar. One has a twin-turbo V8 under the hood while the other uses a naturally aspirated V10 mounted behind the driver. In this case, the two-seater machine from Ingolstadt is a rear-wheel-drive version as opposed to the xDrive setup of the speedy saloon.

Despite being vastly different, Carwow decided to line them up for a series of drag and rolling races before ending with a brake test. Being the Competition model, the pre-LCI M5 offers a massive 625 horsepower and 750 Newton-meters of torque from its 4.4-liter engine. As for the R8 RWD, the NA 5.2-liter unit has to make do with 570 hp and 550 Nm since there’s no forced induction.

Another major difference between the two is how the engine’s power is sent to the wheels. The M5 Competition uses an eight-speed, torque-converter automatic whereas the R8 has a seven-speed, dual-clutch transmission. There’s also the issue of weight since the BMW is roughly 300 kilograms (660 pounds) heavier than the Audi. 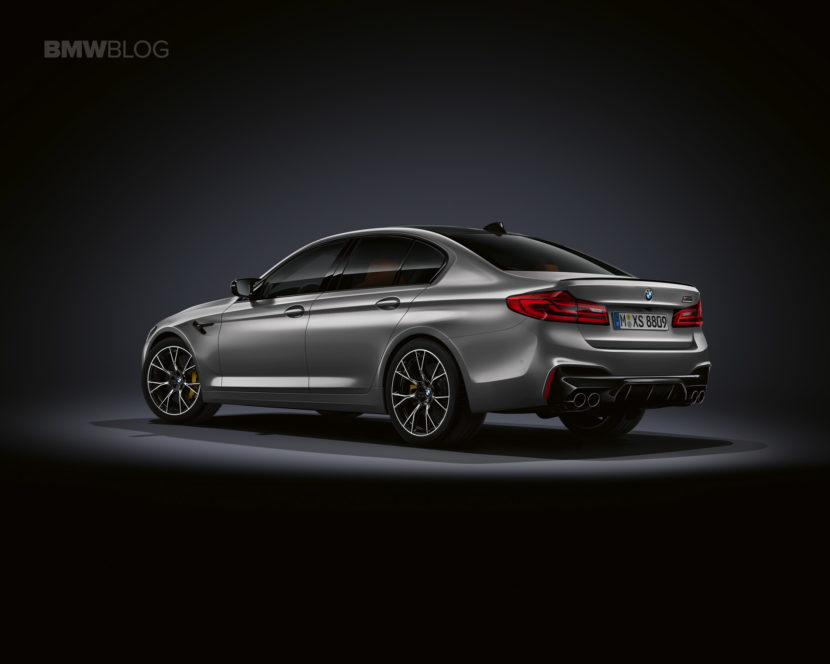 Courtesy of AWD, the M5 seemingly has an advantage off the line, but the R8 makes up for that with the quicker response delivered by its naturally aspirated V10. At higher speeds, aerodynamics come into play and the Audi’s sleeker shape allows it to reach higher speeds than the BMW. While the R8 lost the first drag race, it had its revenge in the two duels that followed thanks to a better start that didn’t allow the M5 to gain a significant advantage.

In the rolling race from 50 mph (80 km/h) with the cars in the most comfortable settings and the transmission in auto mode, the R8 gradually pulled ahead and was the first to cross the finish line. However, it was a different story in the second rolling race from the same speed, but with the sportiest settings turned on and the gearbox in manual mode. The M5 won the duel by a significant margin.

The most surprising result was in the brake test from 100 mph (161 km/h) as we usually expect the lighter car to win. However, it was the BMW M5 Competition that came to a halt first, despite carrying around a lot more bulk than the R8.