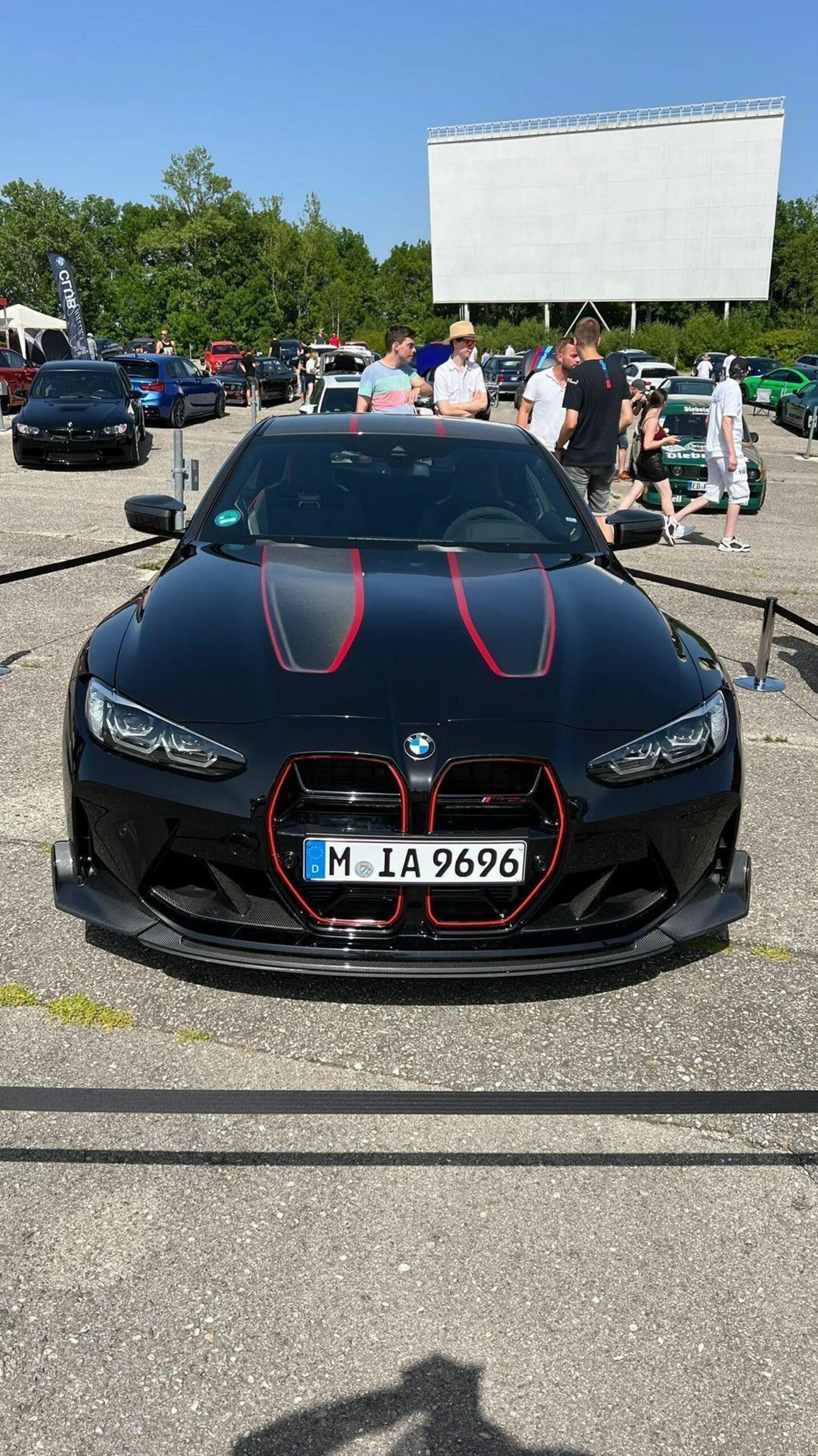 When you’re already spending six figures (regardless of currency) on a shiny new car, you might as well go all out and ask the automaker to set up a special delivery event. It’s exactly what the owner of an M4 CSL had in mind as he picked up his stealthy coupe straight from BMW Welt in Munich. The museum took to Instagram to share images of the Sapphire Black beast right before the customer drove it home.

BMW kicked off production of the M4 CSL at the end of July and deliveries are now officially underway. Only 1,000 cars are going to be made for the whole world, and buyers can choose from two other exterior colors – Alpine White and Frozen Brooklyn Gray. The latter was predominantly used in the press shots as well as for the public debut earlier this year at the Goodwood Festival of Speed.

A post shared by BMW Welt I Museum (@bmwwelt)

The first CSL since the 2003 M3 E46 CSL is essentially a hardcore rear-wheel-drive M4 Competition with two seats and loads of carbon fiber to shave off a whopping 100 kilograms (220 pounds). It adds 40 hp over the previous range-topping M4 and currently holds the record for the fastest production BMW to go around the Nurburgring by posting a 7:20 lap time.

The absence of a six-speed manual gearbox is unlikely to deter too many enthusiasts, but for those people, BMW will soon have something even more track-focused provided their bank accounts can handle it. The M4 CSL will be taken to a new level with a modern-day 3.0 CSL that’ll add a clutch pedal and about 10 hp if our sources are accurate. Production will be capped at 50 units and each one is going to cost a whopping €750,000.

The 3.0 CSL won’t debut until the end of the year as BMW wants to make sure it won’t steal the M4 CSL’s thunder. With the M3 Touring already revealed and the new M2 arriving in the following months, the M division is celebrating its 50th anniversary with a slew of exciting products. We can add the production-ready XM to the same list, albeit a plug-in hybrid SUV isn’t as desirable as a low-slung coupe or a fast wagon.