Regardless of how much power a car has, some owners will always want more. Take for example the previous-generation BMW M3 with over 400 horsepower from the factory. Its twin-turbo S55 engine remains a force to be reckoned with, but this straight-six unit has been heavily upgraded to develop roughly double the OEM figure.

Yes, it’s an M3 F80 with about 800 on tap. It has a fully forged engine benefitting from a Pure Stage 2 Turbo upgrade, custom injectors, and port methanol injection. Beyond the changes underneath the hood, the super sedan rides on AR-1 semi-slick rear tires where all those horses are sent by the comprehensively modified engine. The stripped-down, two-seater machine is also over 100 kg (220 lbs) lighter than the standard car, resulting in a curb weight of 1,600 kg (3,527 lbs). 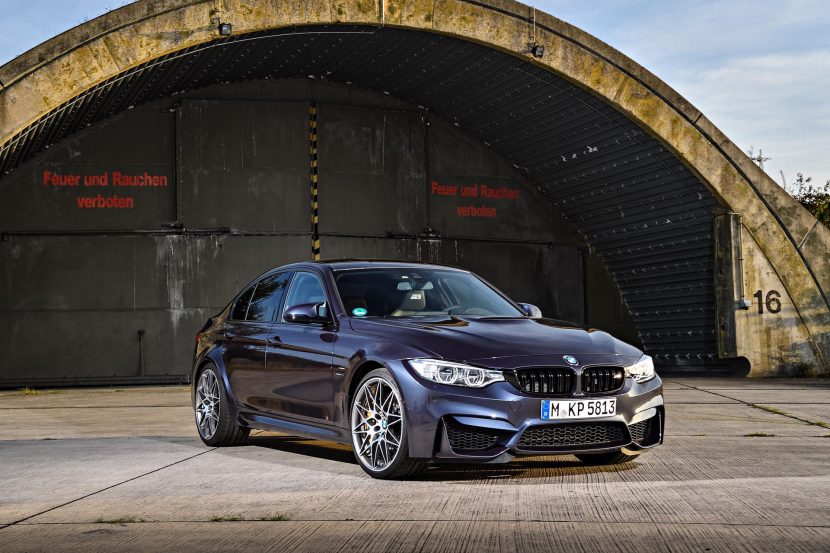 In the other corner, the previous-gen AMG C63 also happens to have 800 hp at the driver’s disposal, all channeled to the rear axle. It has a power-to-weight ratio of 462 hp / metric ton, which is 38 hp less than the amped-up M3. Another difference between the two is the tire choice as the model from Affalterbach runs on Michelin Pilot Sport 4S tires.

To settle which of the two is quicker in a straight line, YouTuber Officially Gassed lined up the 800-hp automatic duo for a drag race with their owners behind the wheels. Even though the C63 had a better start thanks to the driver’s quicker reaction, the M3 gradually recuperated the lost ground and was ultimately the first to cross the finish line. It was déjà vu in the subsequent drag race as the AMG couldn’t keep up with the BMW.

The gap between the two German sports sedans was even bigger in the two rolling race that followed. Granted, the difference between the two cars might’ve been smaller if the C63 had stickier tires and less weight to carry around. Even though it couldn’t beat the M3 that day, the V8-powered AMG is by no means a slouch and we’d argue it sounds better than the BMW.