With good reason, the regular 3 Series wagon hasn’t been getting a lot of attention since just about everyone seems to be only interested in the long-awaited M3 Touring. Today, we’re being given the opportunity to check out a humble version of the family hauler and one of the most popular choices in Europe. Yes, the omnipresent 320d, seen here in M Sport flavor with a Brooklyn Grey.

After yesterday’s walkaround video of a 2023 M340i xDrive Sedan, another British dealer has got its hands on a 3 Series LCI. The long-roof model shows off its redesigned bumpers reminiscent of those of the X3/X4 facelift along with the sharper-looking adaptive headlights. It’s certainly not as desirable as an M3 Touring, but has a bit of sportiness with those M-branded brake calipers finished in red. 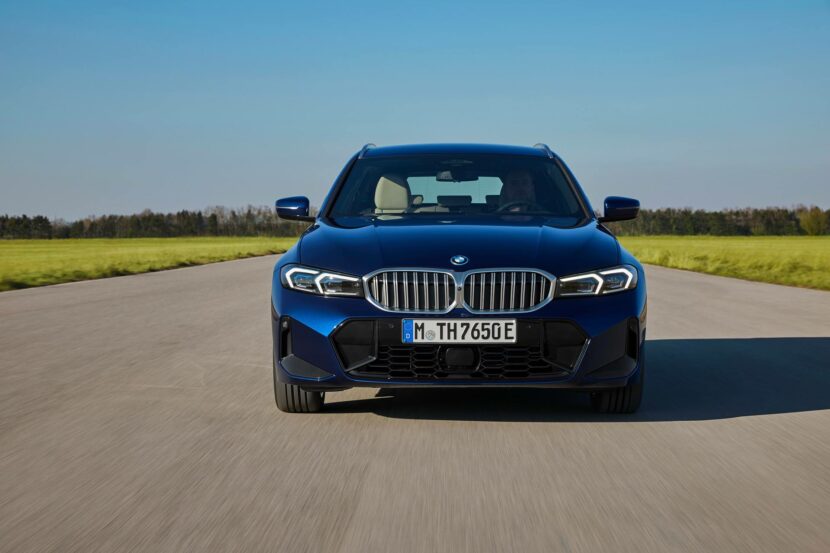 Of course, the most significant change is inside the cabin where the dashboard has been revamped to accommodate the Operating System 8. You now have a 12.3-inch digital instrument cluster in the same curved glass housing as the 14.9-inch touchscreen. The latter has impacted the appearance of the center console, now made simpler since the physical controls for the climate settings have been embedded into the big display.

To further unclutter the interior, BMW has removed the old and fairly large gear lever in favor of a far more compact rocker switch. Thankfully, the iDrive knob is still there for supplementary usability, which is sadly something we can’t say about the interior cabin of the latest 2 Series Active Tourer minivan and X1 crossover. The German luxury brand has pledged to keep the dial in the future, but not on all its models.

As you might have heard, the G20 and G21 3 Series could have an unusually long life cycle as production is rumored to extend until 2027, with a new array of tweaks rumored to arrive in 2024.