In one of the first videos published by a BMW dealer with the facelifted 3 Series, we’re in for quite the treat since the car in question is the M340i. The M Performance version is finished in Black Sapphire Metallic and rides on 19-inch alloy wheels with a two-tone look. One glaring omission is the retro Motorsport emblem available through 2022 on all M Sport and M cars to celebrate 50 years of M. Of course, that’s an easy problem to fix.

With the car being available from a British dealer, we’re dealing with a right-hand-drive M340i Sedan. It lacks one of the most interesting features introduced with the LCI. We’re talking about the optional carbon fiber roof, available exclusively on the sedan body style. The video is a good opportunity to get familiar with the new and more compact gear selector, no longer sticking out from the center console. 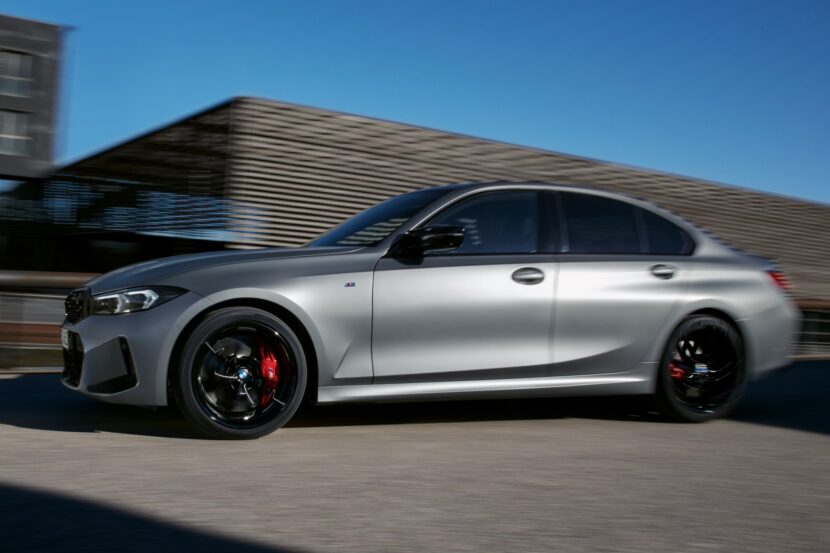 Love it or loathe it, the iDrive 8 is standard across the 3 Series family, and that means using the touchscreen to change the climate settings. Some folks have also taken issue with the implementation of the side-by-side screens, which are sticking out from the dashboard. The M340i xDrive featured here has been configured with black Vernasca leather to match the dark body.

At the end of the day, the two major changes introduced with the LCI are represented by the sharper-looking headlights and BMW’s latest infotainment system. The 3 Series has therefore skipped getting a radical facelift like we’ve seen with the X7.

Bear in mind some unfounded rumors we quickly debunked a while back had claimed the mid-cycle update would spell the end of the M340i (and M340d), but here it is, alive and well.

The 3 Series G20 is expected to have a longer-than-usual life cycle, with production ending in 2027. There are no signs so far about the six-cylinder engines going away, so the M Performance models are here to stay.