There have been many sought-after M cars over the years, but the M3 CSL is right up there in terms of desirability. Mat Watson of Carwow fame had the opportunity to get behind the wheel of the ultimate E46 for his personal YouTube channel. It’s one of the only 1,383 cars ever made, with all shedding a substantial 110 kilograms (243 pounds) compared to the regular M3 of that era.

It’s painted in the more common Silver Grey but enthusiasts remember BMW also sold the M3 CSL in Sapphire Black. Upon launch, those wheels were exclusive to the Competition Sport Lightweight, but the M3 got them too in 2005 with the Competition Package. All CSLs had the SMG II transmission, which some have argued it represented the Achilles’ heel, although Mat Watson doesn’t mind it all. The gear changes are a bit brutal, but that adds to the excitement. 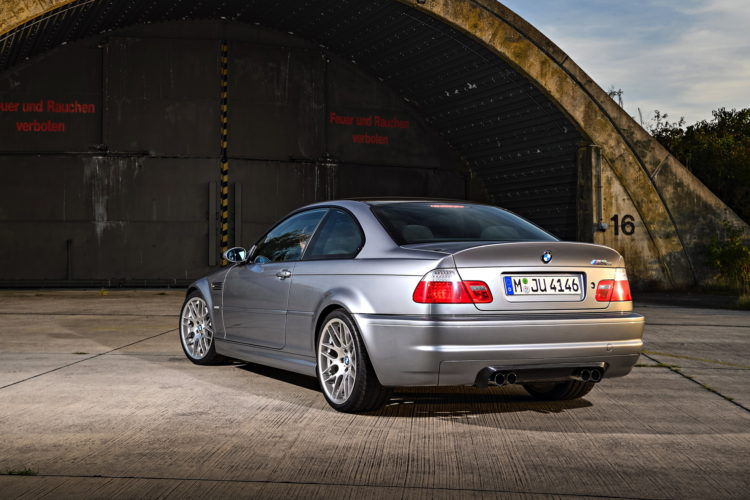 The M3 CSL featured in this video is a pristine example with fewer than 30,000 miles (48,280 kilometers) on the odometer. Whoever ordered the car sacrificed some of the weight loss by adding the air conditioning back, which is obviously a good decision what with the current heatwave impacting Europe. It’s not all perfect though as the British journalist criticizes the car’s brakes, claiming they overheat too quickly even if you’re not pushing it hard on a track.

One of the only 422 units earmarked for the UK market, this M3 CSL originally cost £57,000 or £17,000 more than the standard M3 E46. That kind of money got you a sports coupe that was able to complete a lap of the Nürburgring in 7 minutes and 50 seconds. Fast forward to 2022, a low-mileage example in good condition can easily cost six figures.

Despite its venerable age, this M3 CSL is still properly quick as it completed the 0 to 60 mph sprint in 4.86 seconds. That’s not too shabby considering there’s no launch control to do all the hard work.