BMW i4 eDrive40 Doesn’t Excel In The Moose Test

Home » BMW i4 eDrive40 Doesn’t Excel In The Moose Test

The Spanish journalists at km77 got behind the wheel of another BMW to put it through its paces in moose and slalom tests. After the X3 LCI evaluated last month, it was time for the i4 to see how it fares in its entry-level eDrive40 flavor without the optional M Sport Package. Their test car came equipped with 19-inch wheels wrapped in Hankook Venus S1 Evo 3 tires measuring 245/40 at the front and 255/40 at the rear.

Rather disappointingly, the i4 wasn’t able to match the dynamics of a Tesla Model 3. In the moose test, the highest entrance speed without taking down any cones was of only 73 km/h (45 mph). That’s a rather substantial 10 km/h (6 mph) less than the Model 3 the same publication tested back in October 2019. All subsequent tests conducted at higher speeds took down at least one cone. 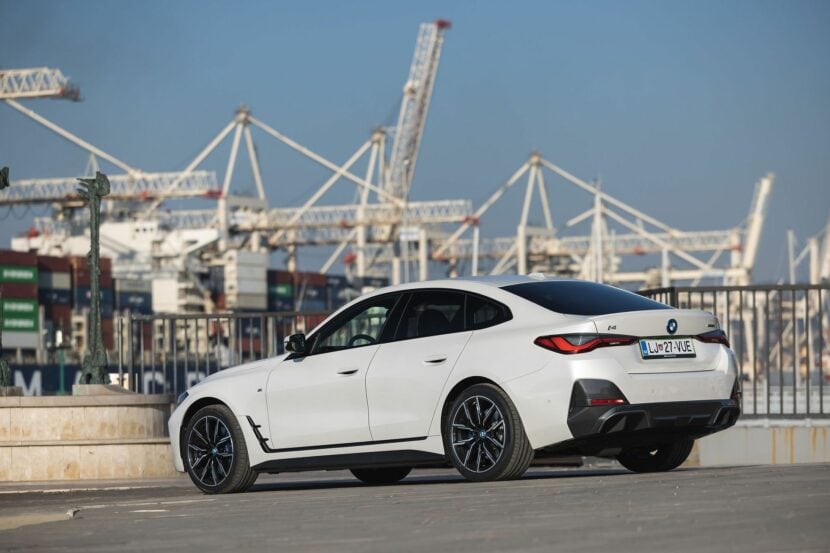 The i4 eDrive40 exhibited minimal body roll and responded decently to the driver’s inputs “but nothing like a Tesla Model 3, which has a more direct response.” Tire temperature was not an issue as the rubber was pre-heated during the photoshoot prior to the moose test. A gripper set of tires might have improved the car’s performance, but km77 gives us the impression the Tesla is way better at this than the BMW.

It fared significantly better in the slalom test by managing to complete the course in 24 seconds, matching the Lexus NX 350h and Peugeot 308 for third place. The Cupra Born did it in 23.6 seconds while the MINI Countryman SE is the quickest so far, at 23.3 seconds. Its electronic stability control was up to the job, but after doing another run with the ESC turned off, the BMW i4 eDrive40 driver lost control and ended up smashing into the plastic side barriers. Thankfully, those didn’t contain water and so the car wasn’t damaged.