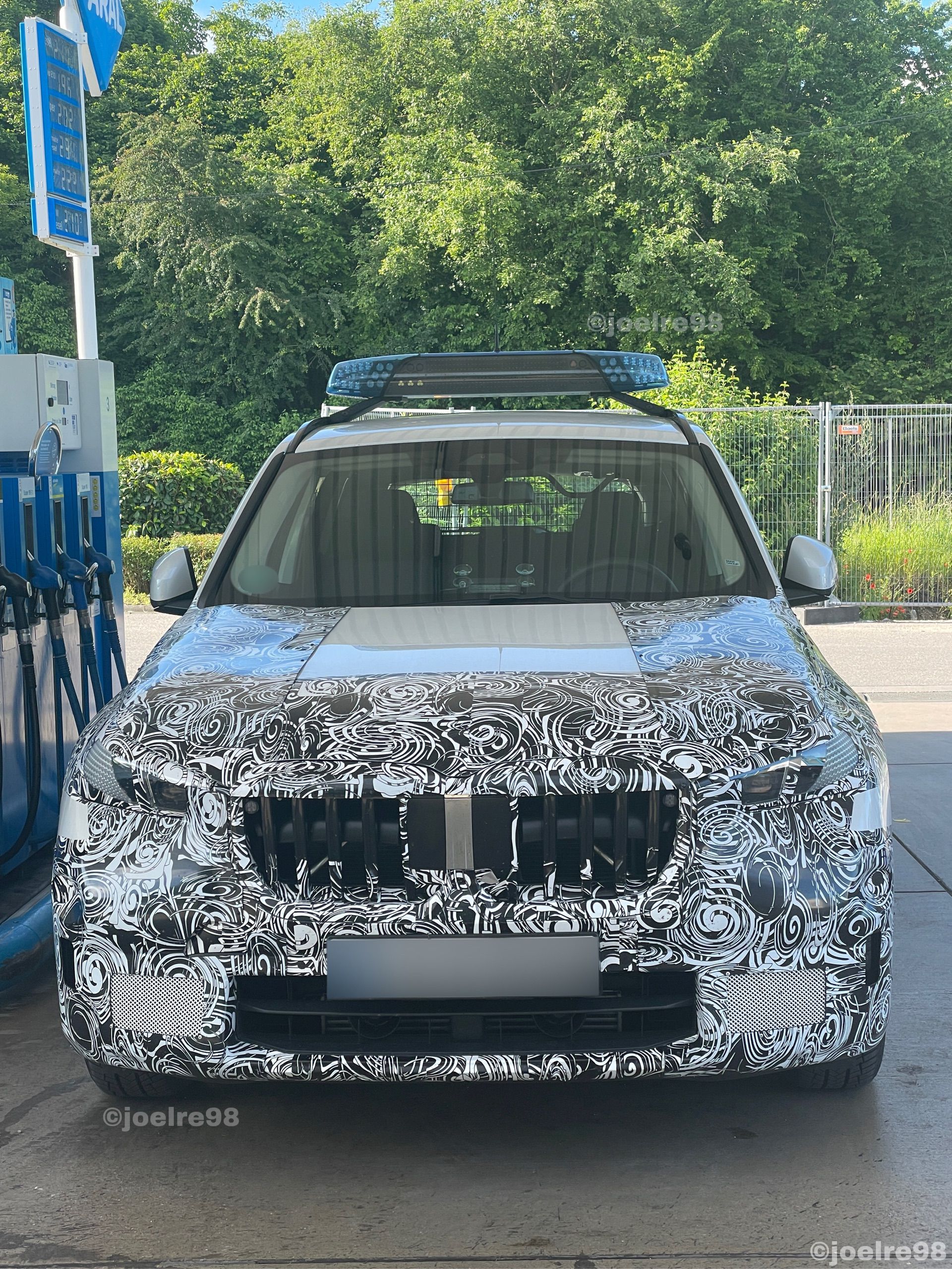 BMW unveiled the third-generation X1 at the end of last month, so why is this compact crossover still carrying camouflage? Although there are rare cases when automakers “forget” to remove the disguise, there’s another reason why this prototype of the U11 is dressed in the typical black and white swirly camo. The blue lights affixed to the roof clearly indicate we’re dealing with a police car, but there’s more to it than that.

A closer look at the enlarged kidneys shows extra round lights mounted within the upper corners of the grille. There also appears to be a divider between the front and rear seats inside the cabin where we assume there is typical police car hardware. BMW has been selling specialized X1s for a while, not just as police vehicles but also for emergency and rescue services. The company’s smallest crossover has also been repurposed as a medical car and as a support vehicle for the fire department.

Of course, the main reason why a diesel engine is preferred is for the excellent fuel economy it delivers. BMW says the 2023 X1 xDrive23d sips as low as 4.8 liters / 100 km in the WLTP combined cycle. That works out to 49 miles per gallon in the United States where the company pulled the plug on diesels in 2019.

These niche vehicles are usually shown at RETTmobil, but with the 2022 edition organized last month, look for the X1 to be shown in public in May 2023 in Fulda, Germany. Of course, an online reveal could occur a few weeks or months sooner.