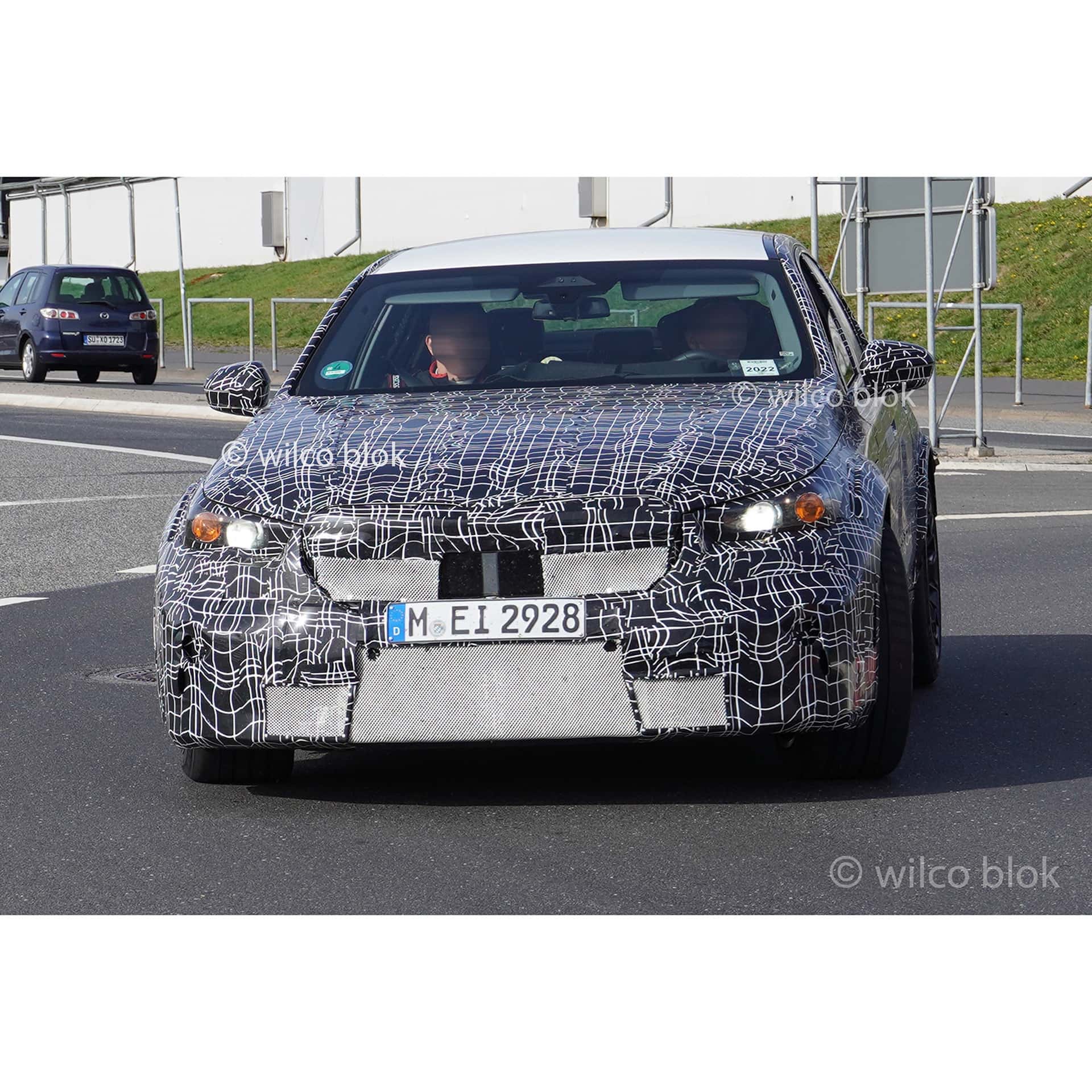 It’s no longer a secret, the next-gen BMW M5 will be a plug-in hybrid. The upcoming M5 has been spotted testing several times already and each time the car has worn “Hybrid Test Vehicle” badges, eliminating any ambiguity. Some new photos have surfaced, showing off the upcoming hybrid M5, and while they don’t reveal any entirely new details, they do show off its design a bit better than in other photos. (We don’t own the photos but they can be seen here)

We’ve been told that the next-gen 5 Series, and subsequent M5, will have a simpler, more understated design than we’ve seen on other recent BMWs. That means no massive kidney grilles and no split headlights. You can see that in these new photos, as the headlights seem normal–with BMW’s signature dual-halo design–and kidney grilles that seem sensibly sized. Even with camouflage, it’s easy to tell that the M5 should have a handsome design.

It also seems BMW M may have taken complaints about the F90 M5 not looking butch enough to heart, as the hybrid M5 test mule in these photos seems to have some chonky fender flares tacked on. It also looks like it might have a pretty massive front bumper, though BMW does like to use fake body panels on its test mules, so you never know.

Another interesting design element worth noting is its smooth C-pillar. There might be some fakery going on but the transition from roof-to-C-pillar seems very smooth and gradual, which looks nice. Any interpretation of BMW’s Hofmeister Kink will remain hidden for now, behind camouflage, though. A subtle looking rear end is completed by quad exhausts, so at least we know one BMW M design will remain.

When the new BMW M5 debuts, it will be the first-ever plug-in hybrid M car and the most powerful M5 in history. It will likely use some version of the XM’s hybrid powertrain, just with less power, so it could make upwards of 700 horsepower. A hybrid M5 could be epic or a dud, so we’re extremely excited to see what becomes of it.