It’s a great time to be alive and to have pockets deep enough to afford a BMW M5. It offers levels of power we typically see in a supercar, but with the comfort, practicality, and refinement of a large luxury sedan. For those who want even more oomph from the leather-lined missile, tuners will happily work on its S63 engine. Case in point, AC Schnitzer has worked on this car’s twin-turbo 4.4-liter V8.

A right-hand-drive example, this M5 Competition is an LCI version modified to unlock a mighty 720 hp and 850 Nm (625 lb-ft) of torque. Courtesy of the healthy bump in output, it now does the 0 to 62 mph (100 km/h) sprint in 2.9 seconds, which as previously mentioned, it’s basically supercar territory. The speedy saloon was taken to an unrestricted section of the Autobahn to really stretch its legs without the driver breaking any laws. 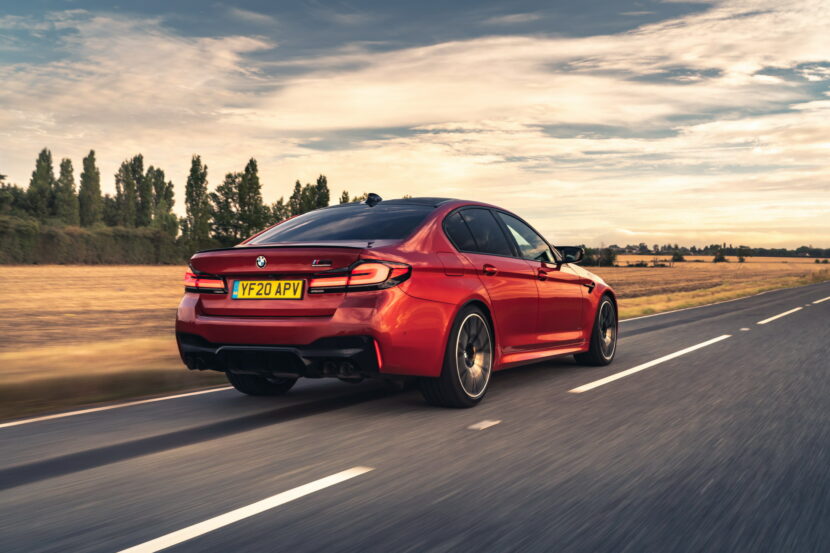 Whoever owns the car decided to keep things subtle without modifying the facelifted M5C to let everyone know it’s not a standard version. That said, all it takes is a press of the accelerator pedal to realize it’s quite a bit zippier than the regular M5, which itself isn’t exactly a slouch. Interestingly and rather surprisingly, the car still has its electronic top speed limiter in place, so it can’t go any faster than 190 mph (305 km/h).

Yes, the digital speedometer does show 193 mph (311 km/h) at one point, but we all know the actual velocity in modern cars is generally a bit lower than what the driver’s display is showing. As impressive as the car’s capabilities are, its full potential can be legally exploited only on a track or these remaining sections of the German highway where there are no speed limits. In 99% of driving scenarios, having 720 hp is simply overkill.

Bear in mind the F90 is the last of its kind considering the next-generation M5 has already been confirmed to switch to a plug-in V8 hybrid. That will likely come with more power, but chances are it’ll also be even heavier than today’s car.